You can find this location of Studio Movie Grill at 2880 Holcomb Bridge Rd, Alpharetta, GA 30022 in the Holcomb Corners shopping center - not that there's much else to do around this location, but there is an interesting Blaxican restaurant and a TJ's Sports Bar and Grill, if you're so inclined. Otherwise Studio Movie Grill is a bit on the Eastern edge of Alpharetta and it's a bit out in the middle of nowhere. Plenty of parking - the lot is huge - but for blockbusters it can get filled up. I've come to this location a few times, initially lured by super cheap $5 tickets on Groupon (they've gone up to around $8 now I think) but after having them expire and it being such a hassle to use them I've given up on the Groupon thing. I really just don't have the patience for it. I've pretty much given up on all the discount services as they all seem to lack to some degree or another and really, life is too short to chase deals you probably don't care too much about otherwise. 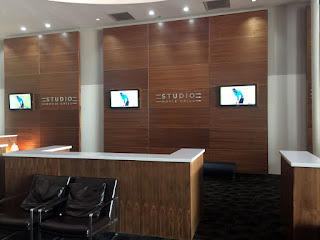 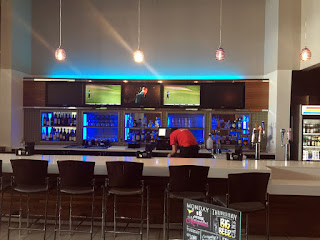 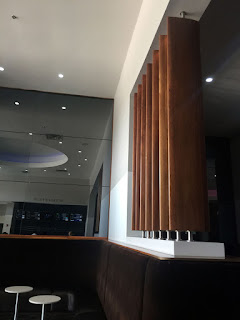 But i digress, the Studio Movie Grill is one of those movie theaters where they deliver food to you once you get seated and in general you have more selection than the usual popcorn/candy maybe nachos/pizza you find at most theaters. I've visited several with a similar concept including the Fork and Screen in Buckhead (and the previous iterations) and the Movie Tavern at Northlake. This particular theater has gone through a transition from single seats with small tables to long counter-style tables (either that or there's some variation to the seating/serving arrangement). 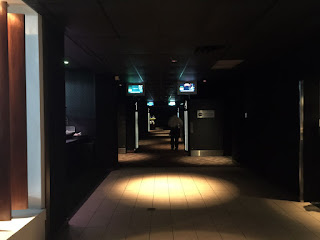 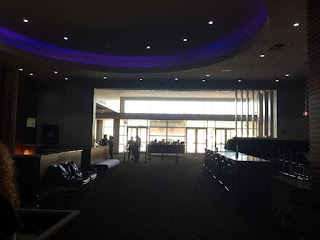 As for how they stack up - this location is rather spectacular in overall ambiance and appearance with a very modernistic, high-ceilinged foyer and a full bar so you can come in early and get liquored up before the movie. To me that's a big win as I'm often in a rush to make a movie and it's nice to start with an after work cocktail before diving into the film. The food menu at SMG is actually fairly well thought out - a good balance of items that go beyond a fast-casual restaurant but are reasonable to prepare - quite a challenge when you think about the size of a theater, especially if a large percentage of viewers are also eaters. The logistics are a bit insane - think about a restaurant turning over every hour with inconsistent sized dining rooms - you get the drift. Kudos to the staff for handling this tough job. 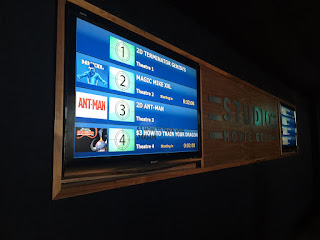 Speaking of staff, the food is delivered relatively quickly and the times I've been there, no mistakes. It was also hot and the servers were good about getting drink orders to you - but you may need to flag someone down, it is dark in the theater. The food itself is reasonably good but not great. I've had sandwiches (wraps, burgers, chicken sandwiches), salads and pizza and they were all in the average to slightly above average category. For the convenience of having your meal while you're enjoying a film - well, if you're more interested in the movie and less about stuffing your face, then this is more than fine. If you like to enjoy your food more extensively, then what are you doing in a theater? 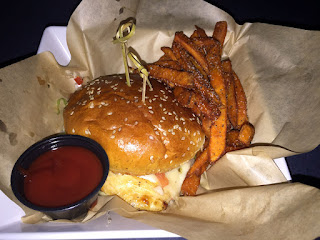 Most recently I've attended two industry events (you get an invite to a movie that's preceded by a short presentation on some new technology - it's a bit of a sales thing but usually bearable) that includes food, soft drink and a basket of popcorn - if you get invited, go as I think they're worth it and this is a particularly good venue. 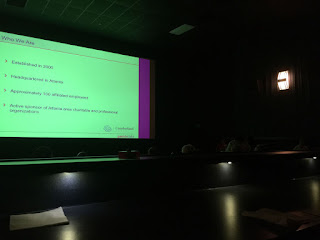 The theater in general is well kept up with clean bathrooms - I remember the first time I hit the Buckhead theater that is now Fork and Screen - they had these bucket cloth covered seats in the theater that you stuck to - pretty gross. You won't find that here. For a theater SMG does a great job. 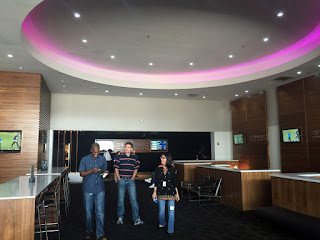