You can find this location of La Madeleine at 1165 Perimeter Ctr W, Atlanta, GA 30338 in a small strip shopping center in front of REI in Dunwoody - there are other eating options nearby including a Honey Baked Ham location and Zoe's kitchen. Parking is along the front of the strip mall or in the large lot to one side. This place can turn into a zoo during lunch so you may want to adjust your times to come a bit early ore after 1:00 PM. The building is on the corner and is easy to see from the street (when traveling on Perimeter Center W - the street that turns into Abernathy on the other side of 400). 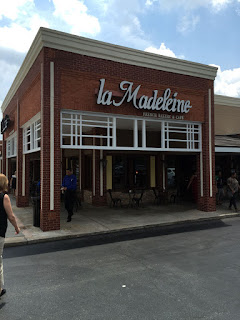 I've had occasion to eat at La Madeleine several times as it's close to my work - the decor is supposed to be French provencal I think - woody on the interior and a bit dark. This is more of a fast-casual concept although it has existed long before the term has come into common use. You wait in line and order at a counter from several options for lunch - they include soups, salads, quiche, pasta and croissants for the most part with some accompanying sides. They also have a few classic "French" dishes, your basic meat-and-two. Most items are made-to-order. La Madeleine is also a bakery with several bread and dessert options. 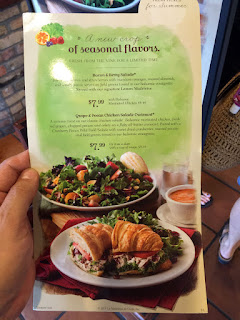 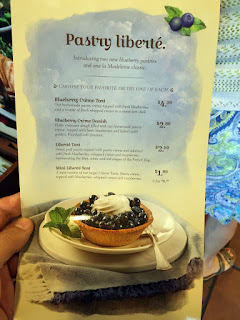 I usually end up here for a quick lunch - you queue up in a continually flowing line and end up at a table somewhere - it's a little confusing as you proceed about what you are supposed to do but it's a bit like being in a cafeteria where you tell the people on the other side what you want as you proceed. At the end it's tallied up, you pay and then you grab a cup for your water, soft drink or tea. You can also grab from a container of bread, but it's very often empty so you may have to come back for some. Some items will have to be heated so they will eventually be brought to your table. 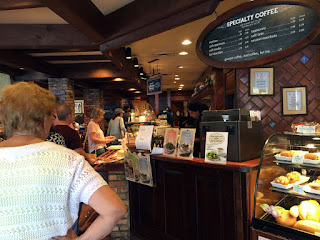 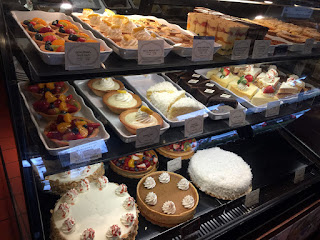 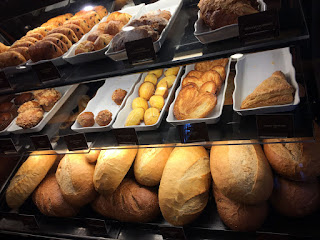 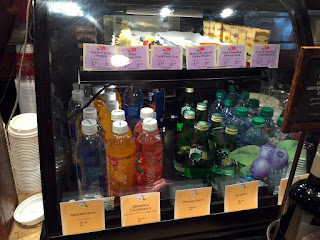 I'm not much of a sandwich guy so I don't remember if I've had any of the sandwiches. I usually go for the salads and add a bit of chicken, or I order the soup and half-salad. I like the Cranberry-Pecan Wild Field or the Strawberry and Bacon Spinach - when you add chicken it comes out to be about $10 or so. I've tried a couple of the chicken dishes (with rice and veg - broccoli or asparagus and they were both very passable. The gravies I've tasted have been just a bit heavy-handed but rather that than flaccid. 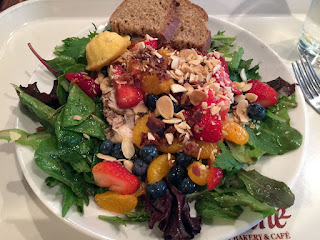 In all the service is good - the people behind the counters are responsive and friendly. They respond best if you are nice to them so be nice, this type of work is much harder than it looks and they're on their feet all day. Delivery to the table of any food ordered that has to be prepared is fairly slow so allow for that - it's also why I usually order the salad which is given to you before you leave the line. In all the restaurant to me is best for the salad options due to speed and marginally good for anything else.