You can find Calcutta Palate at 5600 Buford Hwy NE, Atlanta, GA 30340 just North of i285 in Doraville - this is a free-standing building to the right of the Buford Highway Farmers Market - it's a bit hard to see but it shares the same parking on the North (right side) between the farmers market building and Longmire Way.  The building is fairly nondescript - painted beige with a darker roof and entryway on the side facing BufHwy - the actual entrance is on the long side facing the Farmers market - it's outlined in blue with "Welcome" above the door. 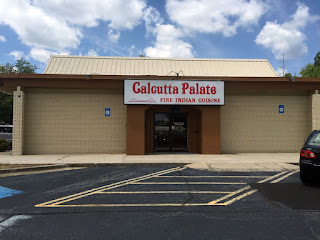 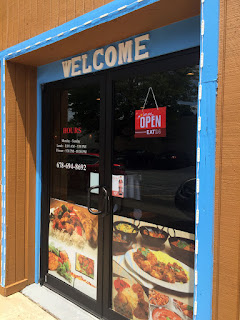 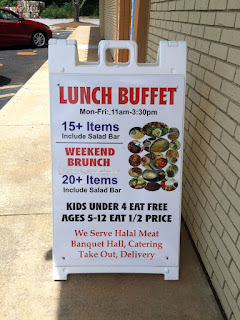 The restaurant itself is fairly large and could make a good spot for a catered party. Furnishings are sparse and are a bit "conferency" - meaning the tables and chairs look to have come from a conference room in an office somewhere. There are about 2-3 tables of food, two hot and one cold with the usual assortment of Indian favorites. 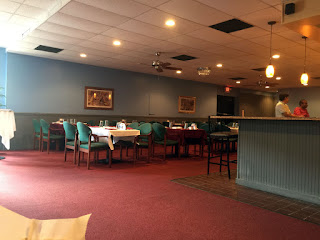 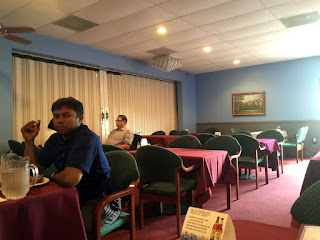 The menu is fairly extensive but of course I was here during lunch and wanted to get a broad spectrum of flavors. I find that buffets are really useful to find out the restaurant's general approach to its food. Once you find a couple of things you really like it's much more likely that you'll come back for the broader dinner menu. The prices in general look very reasonable but the buffet is very reasonable - less than $10. 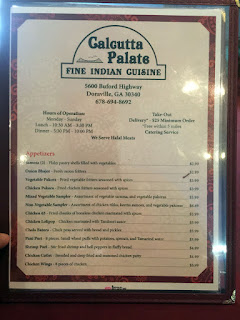 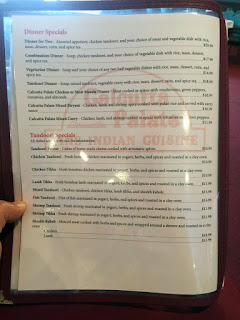 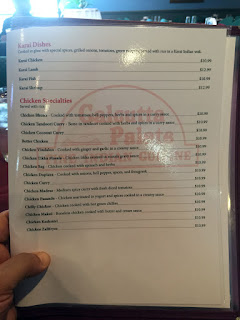 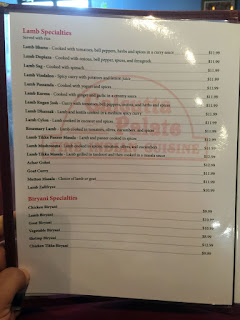 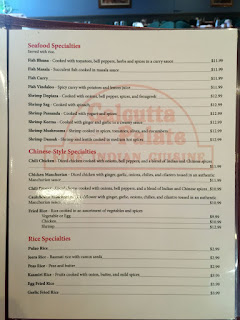 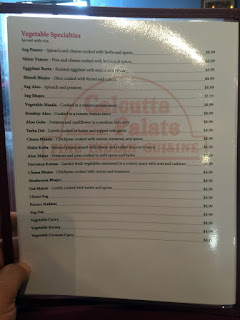 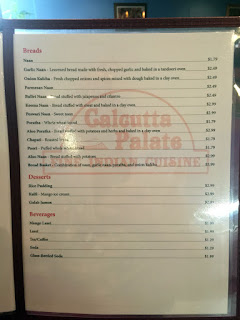 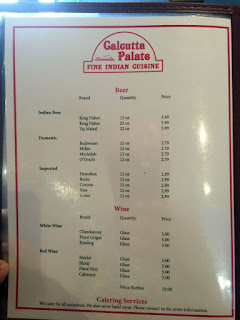 Items on the buffet are separated into veg and non-veg which is common in Indian restaurants. 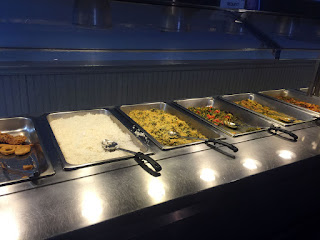 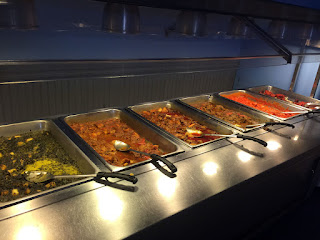 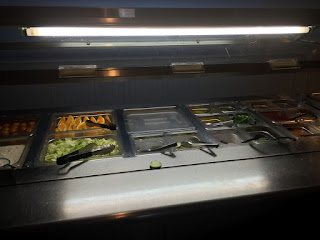 Once seated the owner? comes by and asks about drinks - you can go for the buffet and load up. A few minute later comes some fresh naans. Overall I thought the food good but nothing special - I was hoping for more distinctive flavors and some of these were a bit flat. I was amazed by the tindoora as I believe this is the first time I've seen that at a buffet (must be the BufHwy influence?) The Chicken Tikka Masala was very thick - a bit too rich for my tastes but most will like it. Overall, I think if you're in the area and want to try something different this is a good choice. 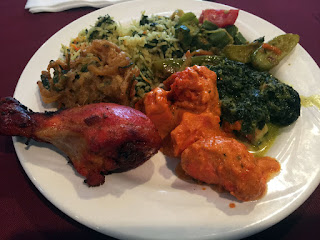 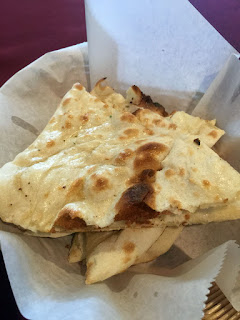 A note to the owner - you may want to think about having one or two dishes that are either very unusual or very flavorful on the buffet - most of my friends who love Indian food are looking for something very spicy (not too hot but very flavorful) to make the meal memorable. To be successful in Atlanta you need to have some type of hook and there's too much competition to rely on low prices or average flavors. This is just my opinion - it won't keep me from returning to see if my opinion matters!