Tavern at the End of the World - Charlestown Boston Massachusetts

You can find Tavern at the End of the World at 108 Cambridge St, Charlestown, MA 02129, right on the edge of Charlestown, Somerville and close to Union Square. This tavern was recommended to us from the Holiday Inn, about two blocks away as it was within easy walking distance. 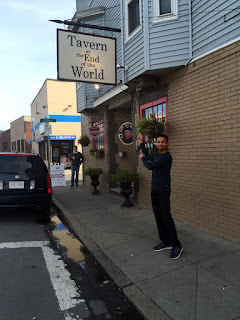 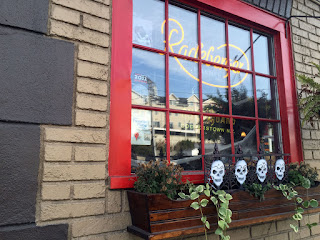 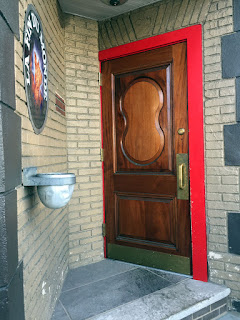 My traveling companion and I checked in at the nearby Holiday Inn (blog post here) and walked to the Tavern at the End of the World for a quick lunch. This small pub has a rather nondescript exterior and if not for the sign you probably wouldn't know it's there. The tavern is made up of two rooms, the front featuring a full bar and the back some seating (we sat near the lit fireplace) and a small food-counter at one end. I believe t his is more of a local hangout and it was nice to take in some fare and atmosphere. 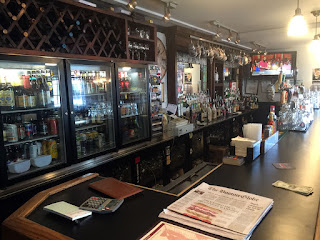 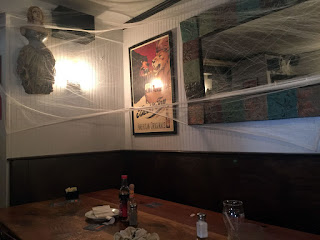 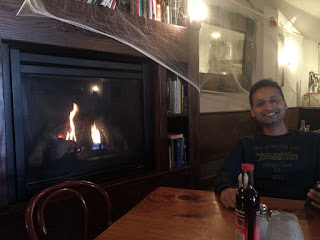 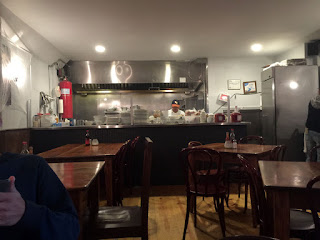 The menu has several pages of bar-food options - some are more typical than others but there seemed to be a great selection. After scoping out the menu we decided on some local draft/craft - I choose a very good Harpoon Munich Ale (that was almost a porter but with a bit of hoppiness) while Sidd selected a nice Samuel Adams Crystal Pale Ale. My Harpoon had great depth and an amazing aroma. 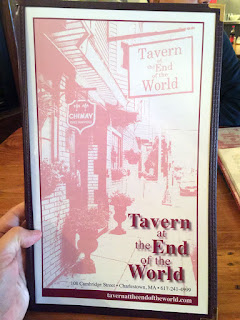 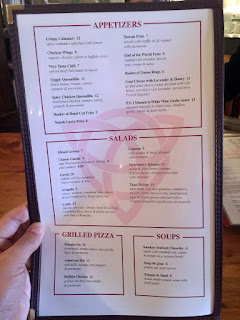 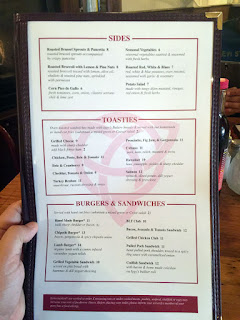 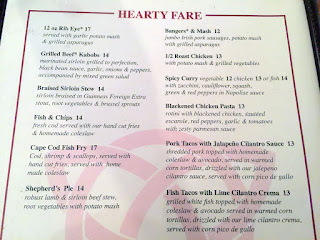 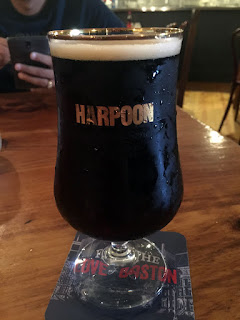 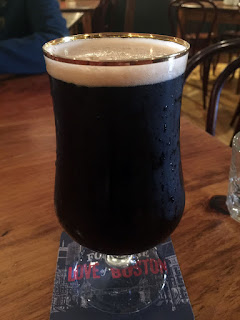 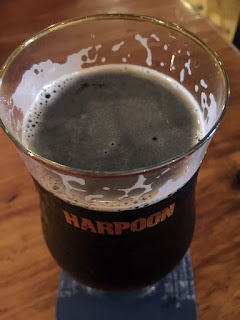 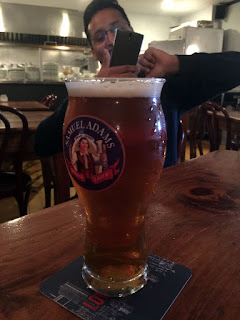 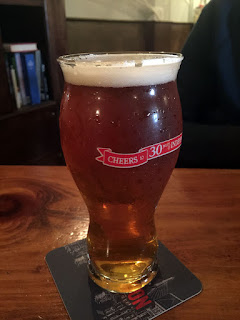 From the menu, we went directly for items in the Hearty Fare section:

Fish and Chips - fresh cod served with our hand cut fires and homemade coleslaw. This was served on a fish-shaped plate which I rather liked. The code was perfectly cooked, light, hot and moist on the inside with a good degree of crunchy breading on the outside. The fries too were quite good. The slaw was not the typical creamy slaw served in the South, rather it was a bit vinegary with the distinct flavor of red wine. I liked it quite a lot. Between it and the tartar sauce I didn't need any malt vinegar, though there was a bottle available on all the tables. I left stuffed. 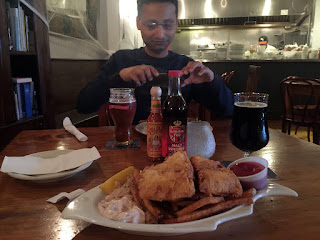 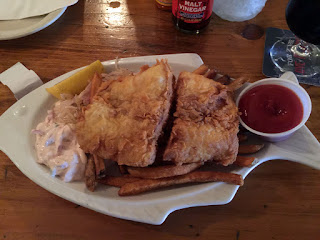 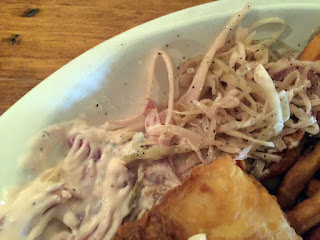 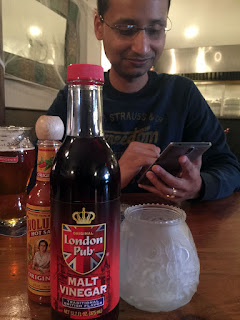 Sidd ordered the Spice Curry (what else?) with vegetables - zucchini, cauliflower, squash, green and red peppers in Napolise sauce. He liked this quite a bit which I found surprising - while it was more than passable it distinctly tasted like your typical curry powder - but perhaps that was what the place was going for, more of a pub-flavor. 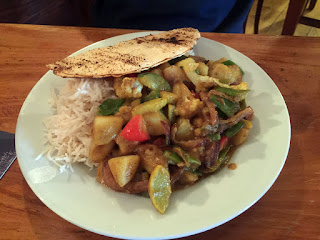 Service was top notch with the bartender taking our order and acting as server, in a mostly empty place (there were never more than 8-9 people there while we ate and enjoyed our brews). Our server was quite friendly and provided some recommendations on things to do (how we found out about Union Square and some live music going on to the West). More on that in subsequent posts. In all, quite a pleasurable first day in Boston! 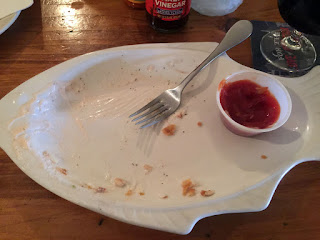