You can find this location of Ted's Montana Grill at 2500 Cobb Pl Ln NW, Kennesaw, GA 30144, this is one of those back streets behind a bunch of shopping centers in Kennesaw that connect several center parking lots togetherr. It's a bit of a spaghetti-exchange along this region of Barret Parkway so make sure you google map it. Parking is along the front and sides - one warning, during closing hours for the various retail around this location, the street gets packed and you will be in some bad and backed-up traffic. 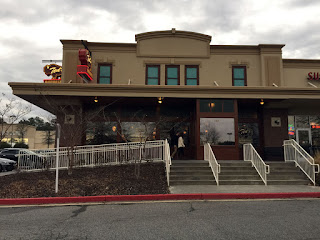 Ted's Montana Grill gets high marks from me regarding the consistency of the food, the general appearance of the restaurant and the knowledge and affability of the staff. I do think the food that you receive can be a bit hit-or-miss but I'm happy to say that on this occasion everything that arrived at our table was quite good. In the past at other locations I've received rather sloppy plates with salt levels all over the place and a general disregard for any high standard coming from the kitchen, but I digress. 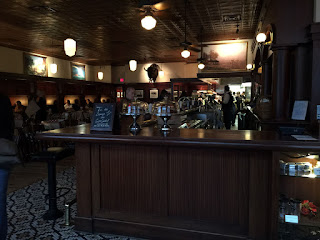 I've had opportunity to visit several Atlanta area Ted's - including the one near CNN and the one near the Mall of Georgia. This is the third I've tried. In general I think the restaurant chain is fairly good - the food is very reminiscent of other mid-tier steakhouses like Outback or Longhorn. I do find it surprising that there are so few items with American Buffalo (Bison) offered on the menu. I seem to remember when they first opened that there were many more items featuring that delicious, lean bovine on the menu but perhaps Americans aren't ready for that in it's undisguised form? I'd like to see bison ribs and different cuts of bison steak, for instance. In any case, I wish there were more items to support the general theme, but that's just my opinion. 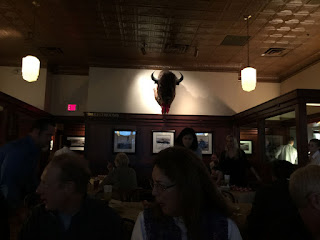 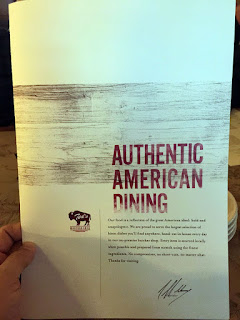 On this day we ordered draft beer (for me a Sweetwater 420) simple salads as starters and sandwiches. I had the bison burger medium "Avalon" style (Gruyère, Blue Cheese, bacon caramelized onions, roasted garlic aioli, baby arugula) and it was quite satisfying. My side were the fresh-cut fries and they too were quite good. 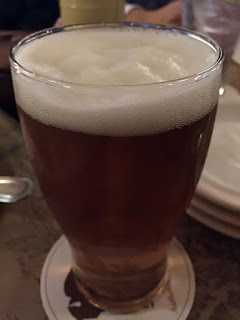 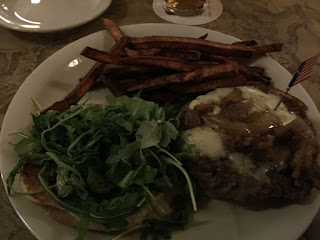 My wife had the Absolute Fish Sandiwch (Lightly breaded cod, lettuce, chive caper tartar sauce, oatie wheat bun, with kale salad). I tried a few bites and liked this quite a bit, especially the most excellent tartar sauce. Her side was the Aunt Fannie's Squash Casserole and it was quite hammered, the only negative to the meal (it also had some herbal flavor that my wife didn't like - we were in a hurry so we didn't complain about it). 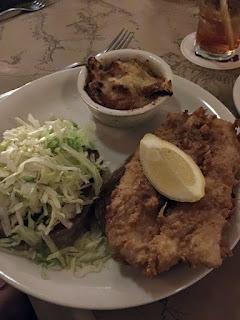 In all we had a very decent meal with great service - I'm thinking more of a 3.5/5 star experience (rounding up to 4 as we did have a good time). Other items I've liked in the past: Bison Meatloaf; Springer Mountain Roasted Chicken; Roast Turkey and Dressing; Bison Filet; George's Cadillac Chicken Sandwich; Big Sky Grilled Salad with Bison burger; Onion Rings (these are awesome!); and finally, The Slide adult shake (made with Haagen-Dazs ice cream and what amounts to a white Russian). 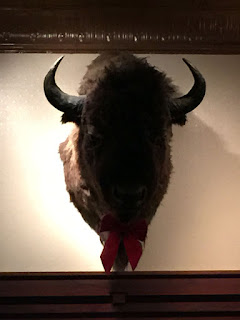