You can find Palookaville Fine Foods at 17 S Avondale Plaza, Avondale Estates, GA 30002 right in the heart of downtown Avondale Estates (or at least what I think of as downtown). This fine establishment sits at the corner of N. Avondale Rd (turns into East College further West and Covington Hwy further East) and N. Clarendon Ave. You can park in the lot on the N. Clarendon Ave side or nearby either in lots or on the street. Do be careful as this area of town is infamous for the speed traps, especially during posted school zone times. 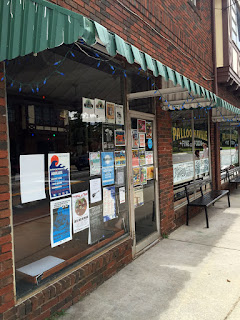 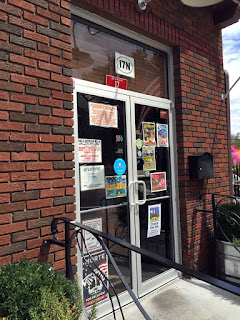 You may have heard of Jim Stacy via his show "Offbeat Eats" or maybe via his "Get Delicious" shows on PBS. I've known him for many years, either through friends or from his corn dog stand at the Starlight Drive-In Theater on Moreland. While I am a huge fan of the corn dog, I actually prefer a big sloppy Chicago style dog so after venturing to My Parent's Basement for a brewskie and kimcheese sandwich, I decided to head to Palookaville for something a bit more substantial (plus a boozy shake, of course). 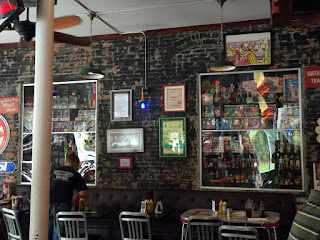 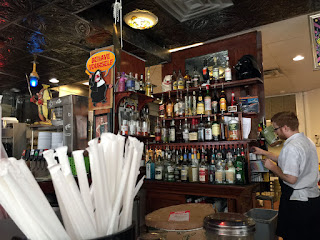 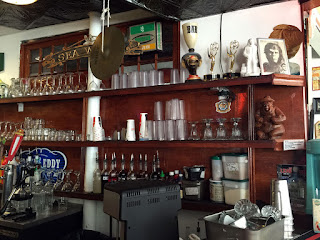 The interior of Palookaville is made up of reclaimed wood and reused surfaces - it's quite warm and looks very lived-in. Along the walls are tons of kitsch and memorabilia, much of it echoing my own collecting interests so yes, I felt right at home indeed. I saddled up to the bar and engaged a rather overworked and hectic bartender. There are two menus available - one primarily made up of cocktails and the other primarily of food creations). There were quite a few delicious-sounding options including egg creams, cream sodas, parfaits, custom syrup sodas and shaketails - yum! I decided to go with a basic boozy shake made up of vanilla ice cream and Kraken rum (my old standby for Dark and Stormy's). 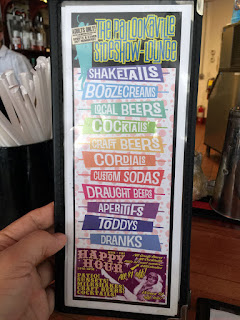 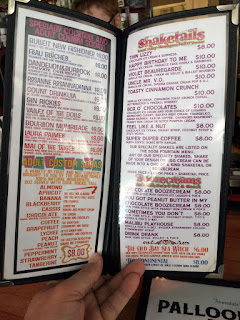 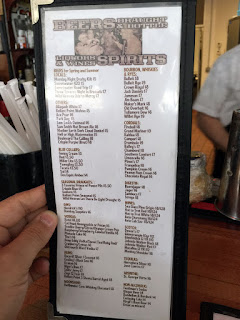 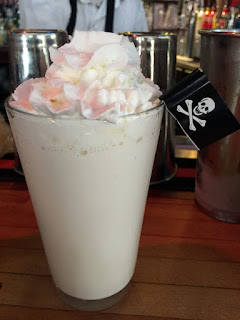 The food menu consists of the aforementioned Corndogs (with several options from beef to a veggie option made from Mt Olive pickle); Hot Dogs (referenced as Frankfurter Sandwiches), chopped salads, vegan or meat chili bowls, pork burgers, your typical topped fries and a mess of house sandwiches. 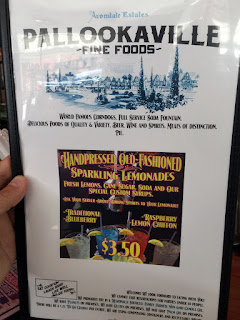 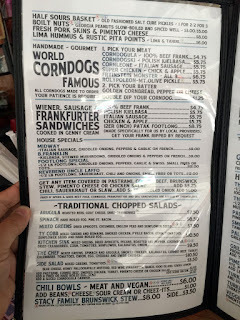 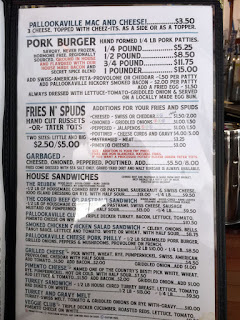 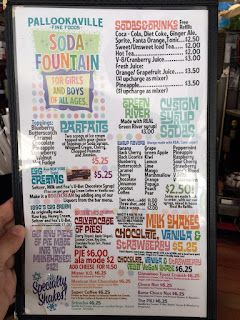 With all this going on, I decided that I needed the Reuben - 1/2 LB of pastrami, sauerkraut and Swiss cooked with 1000 island dressing on rye with half sour. I'm happy to say that it was juicy, greasy and oh-so-good! I think this will be my go-to sandwich in future visits. 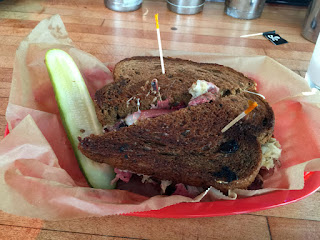 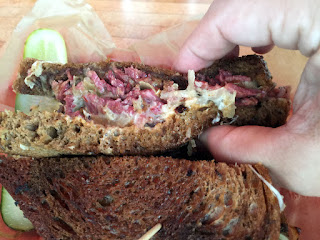 In a way, I wish I still lived in Clarkston as this is the ideal hangout for me (well, between Palookaville and My Parents' Basement most of my needs are covered). As it is, I think this is going to be a regular stop when I shop at the Dekalb Farmers Market. 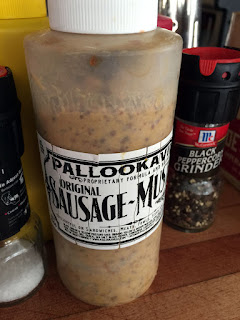