You can find Sound Table at 483 Edgewood Ave. SE, Atlanta, GA 30312 in Old Fourth Ward across from The Church, right at the intersection of Edgewood Ave and and Boulevard. The building is on the South-side of the intersection, painted black with a large mural of yellow-goggle-wearing kids on the side. Parking is mostly paid-street or you can use one of the many paid lots but may need to walk a bit. 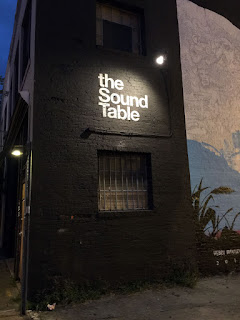 Coming back from a visit to the Eventide Brewery, we decided to drive up through town and try out some places along Edgewood - initially we hit The Church but decided to look for something a bit more substantial - if we hadn't already been drinking a bit at the brewery we would have stayed for a bit longer - plenty to look at in The Church (spotted quite a few Talking Peewee Herman toys). The Sound Table is across the street so no sweat - this was during the week so there were only a couple of tables, mostly of people drinking. We were there early enough that there wasn't anyone on stage (not sure if they schedule entertainment during the week as it is). 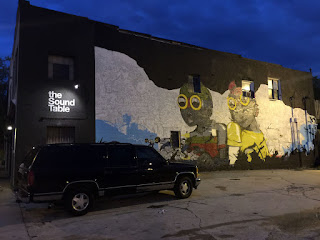 The interior is long and dark with a well-stocked bar along the back edge - there's additional seating upstairs. The interior is warm and inviting with great wood finishes and concrete, a bit eclectic-modernist. There's a short platform as a stage across from the bar and seating that stretches from the stage out towards the front window - I'd rate the place above casual and almost fine-dining (not that this is the expectation - I believe Sound Table is more known for the music, attitude and bar than the food). 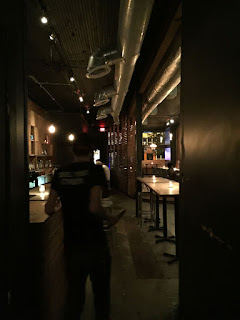 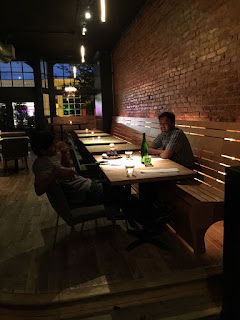 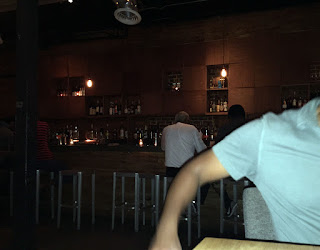 It took a few minutes for our server to come by, but once things got started the service was quite good. This night's rotating tap featured the very excellent Creature Comforts Tropicália - if you haven't tried this local Athens brew, trust me in saying it's one of the best things to recently peek its head out of Athens. As many of you know, I tend to stay away from anything sour, citrusy or with added fake-tasting flavors. This delicious American IPA has gorgeous color and an out-of-this world fruity-hoppy aroma. You'll get all kinds of crazy flavor hints: mango, orange, passion fruit - stuff I typically can't stand in beer but this all works together to produce something amazing. On draft this night so extra special and probably not pasteurized - make sure you try if if you ever see it on draft! 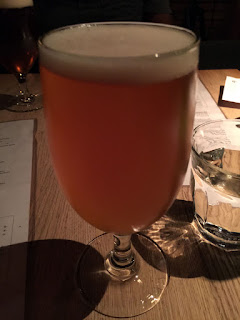 We were presented with two paper menus - one narrow two-sided menu with food (which seems to rotate seasonally) and a wider menu with drink specials. We started on some apps then went for entrees: 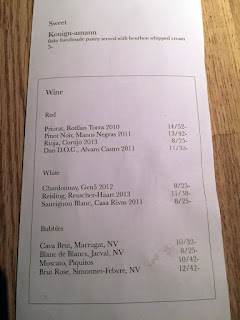 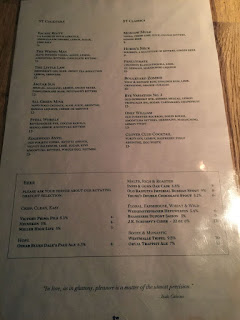 Smoked Wings - these, in a word: fantastic! Smokey dry-rubbed wings with a delicious smoked chipotle aioli - I could have eaten several pounds of these and was left wishing we had a double-order. 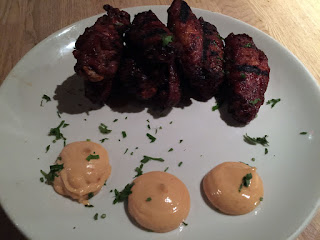 Shrimp Chorizo Tacos - Three soft-corn tortillas with grilled shrimp, chipotle aioli, cilantro slaw and salsa. I liked these the least, but because they were bad, but because the other items we ordered were so good! These could have had a bit more kick, perhaps with a jalapeno coleslaw. 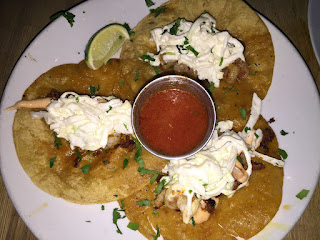 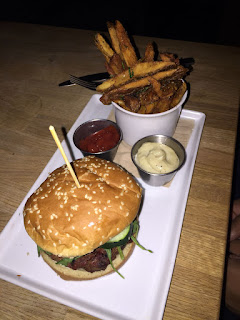 Brick Chicken with Steamed Broccoli - all I have to say is that whomever is doing the cooking at Sound Table understands fried chicken. 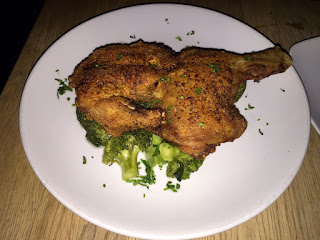 Service was very good once it got started - the food was slow to hit the table but very well worth it in the end. In all I think the food here is very good and worth sampling - this is truly a hidden gem when it comes to Old Fourth Ward. I want to try it on a busy night to see how things work and if I'm lucky, they'll have more of that Tropicália on tap (wishful thinking!). 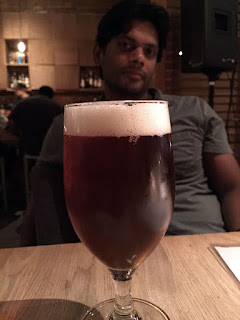