You can find Roux on Canton at 946 Canton St, Roswell, GA 30075 on the Roswell Square. This is the second of our stops along the Square as a min-restaurant crawl as we explore Roswell. 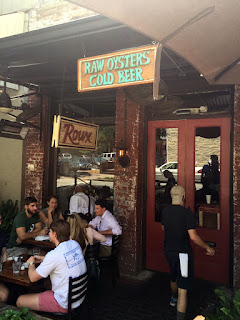 Like the previous stop, the Salt Factory, Roux on Canton inhabits a bit of a brownstone storefront along the same side, just a few businesses South. This is a Canjun and New Orleans inspired restaurant with many of the classic dishes, heavy on the spice and file (sassafras root). A bit of creole, a touch of cajun, and the distinctive tastes of shrimp, crawdads and other water dwelling creatures. 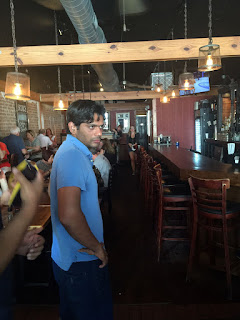 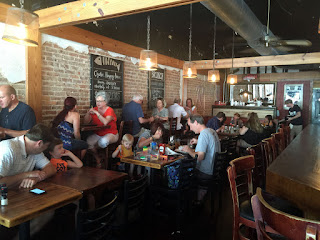 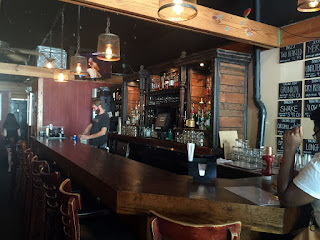 The exterior has a few tables so you can make fun of the awkward clothing of the posers passing by as you sip on a cocktail. The interior has exposed brick, wooden beams and chalkboards much like the previous restaurant (Salt Factory) - not surprising as the building appears to have been build about the same time and in the same architectural style. It's a bit of a mirror to Salt Factory - this time the bar is to the right and the tables and boards above to the left. 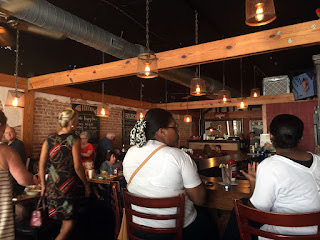 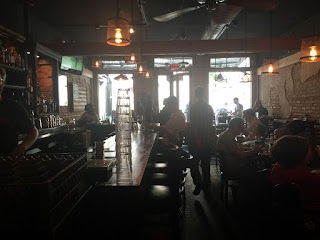 The menu had beers and drinks on one side with food on the flip. I was happy to see several local craft including the very good Terrapin Golden Ale, Boulevard Unfiltered Wheat and Eventide Dry Stout on draft. Today I selected the New Belgium Slow Ride IPA (not on the menu but available on draft). My companions settled into Moscow Mules. 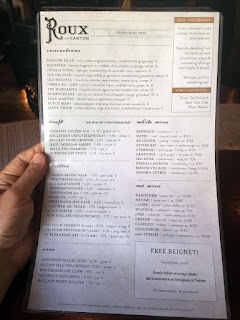 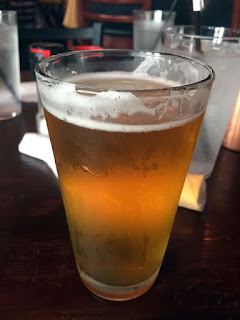 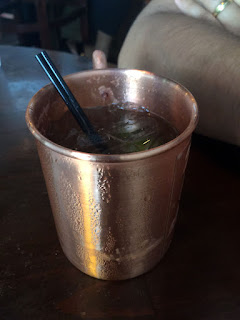 The menu is divided into Starters, Plates and Mains. Continuing with our snacky-theme we ordered two sets of soft-shell tacos: 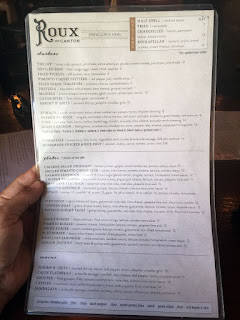 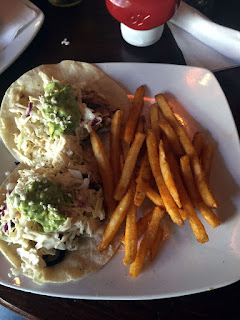 Buffalo Shrimp Tacos - grill shrimp, guacamole, cole slaw, blue-cheese and avocado ranch - these came with a side of hush puppies - they were acceptable but would have been better hot. 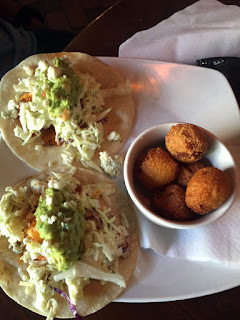 The ambiance in general was quite a bit like Salt Factory - actually the menu was a bit similar as well. Next time I'll try something more substantial and go for more of the New Orleans theme with some traditional dishes like the shrimp and grits or jambalaya. It was also a bit late to be taking in the desserts or we would have hit on the beignets - it's been a while. 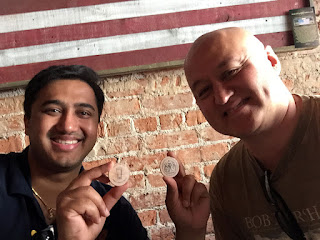 My biggest complaint has to do with the parking but, as I've mentioned previously, the city is supposed to be addressing that. Have fun finding a parking place and arrive early to give you plenty of time.