You can find Tandoor Restaurant at 279 Powers Ferry Road, Marietta, GA 30067 in a small shopping center near the intersection of Powers Ferry and Harris Dr. The exterior of the business is fairly non-descript and you might have better luck finding the yellow "Lunch Buffet" in the window instead of the small yellow marquee sign. 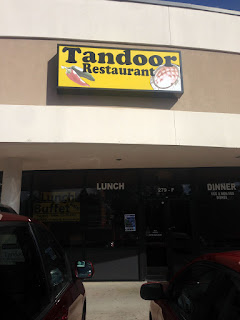 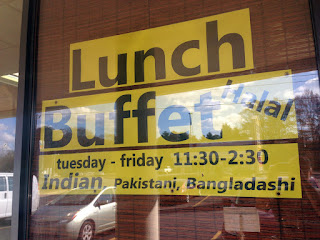 The interior of the restaurant is a bit rough and very plain, looking more like the interior of an office than a restaurant - we ordered from a short paper menu from the man at the counter who seemed busy on the phone - I think he was on the phone pretty much the entire time we were there. There was one table seated an a group of about 6 joined in later - this was during lunch time so not very busy at all. I arrived at the restaurant with a handful of friends upon the recommendation of Zehra, hoping to try the buffet - unfortunately no buffet, although we were told if we had called ahead one would have been provided - seemed a bit strange but we just went with it and since we were there ordered from the menu. 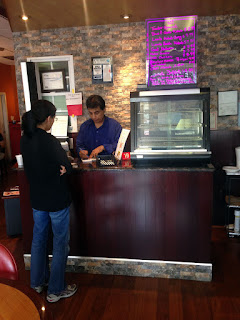 Tandoor is more of a Pakistani or Bangladeshi restaurant featuring flavors and seasonings that are very Indian-like but they do have been items on the menu. We ordered several and they were all very inexpensive:

Thums Up! - First time I've seen this in the US - it's very common in the parts of India I visited (though I always found it in a bottle there) - this is the little 120 ML can, about these of a 12 oz Coke can but smaller in diameter (which is also how Coke products in India are found when canned). This is an old Indian brand now produced by Coca-Cola with stronger cola flavors and a bit more carbonation and sugar. I hit the spot and reminded me of India quite a bit. 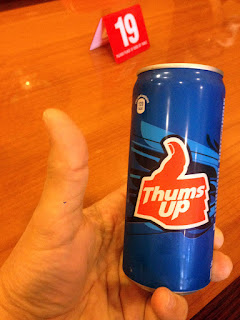 Naan - the naans here are very good but I do wonder how they get them so round? 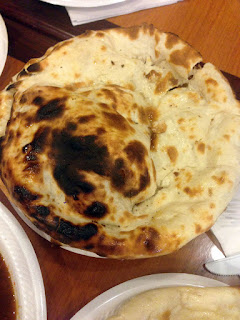 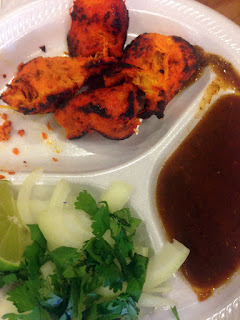 Chicken Nihari - this is a chicken stew you find more often in Pakistani restaurants. The flavors were good but I thought the chicken a bit fatty and the stew runny. 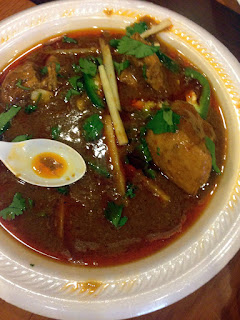 Beef Nihari - like the Chicken Nihari above only with beef. The stew had a strong beefy flavor but I thought it a bit fatty and runny. 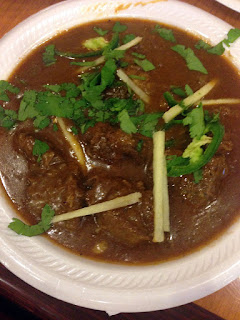 Chicken Biriyani - I found very little chicken flavor in the biriyani, surprisingly as it looks like it would have a bit. Also the spice flavors were a bit flat. 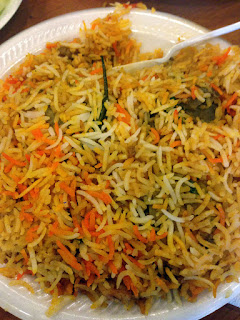 Butter Chicken - this dish is found in so many different incarnations depending on region that it's difficult to define - here I thought the dish needed more chicken or less gravy. This is a very greasy dish, but perhaps that's the point? 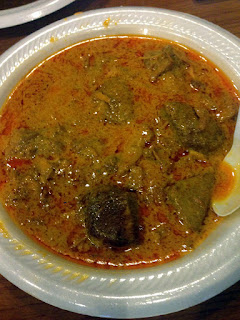 In general the food was good but not great, I thought. For many Americans the overall greasiness will probably be a turn-off. The spicing was pushed downward a bit I thought but that's typical of ethnic restaurants in the US. The cheap Styrofoam plates made me feel like I was at a mall food court - I'd recommend to the owner to invest in better presentation.