This location of The Greater Good Barbecue can be found at 4431 Hugh Howell Rd, Tucker, GA 30084, near the Eastern end of Tucker but more on the Mountain Industrial side. This large location has been a few different restaurants but I'm happy to say that as a barbeque restaurant its finally found its true calling. This isn't far from the old location of Handy Hardware, for those of you who are familiar with the area. 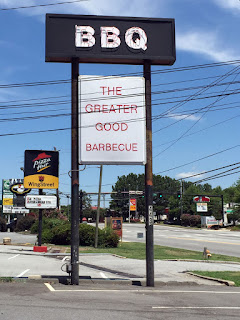 The restaurant is large will expansive southern-style decks and room interiors. The building itself has very little to identify it as a great BBQ place - instead there's a large sign out-front near the road that has "BBQ" in neon and "The Greater Good Barbeque" beneath. The entry is expansive and has plenty of access for those less able to move than you and I. There are American flags on either side and a prominent neon "Open" sign in the window. 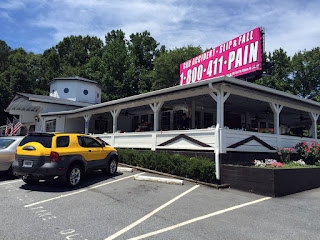 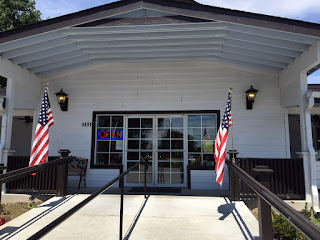 The interior has plenty of space for regular diners plus a huge wrap-around style porch so you can enjoy the evenings outside will nibbling on smoky delicacies. There's also a large room that can be used for parties and get-togethers - it was there that I was introduced to this restaurant for my friend John S.'s birthday party, when and where I was able to sample quite a few items - especially the pulled pork and chicken. Most recently I dropped in on weekend afternoon and sampled a two meat platter - pork ribs and brisket. I had heard that the brisket was good here and wanted to compare it to my favorites. 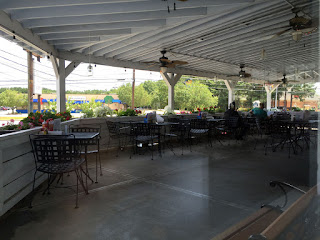 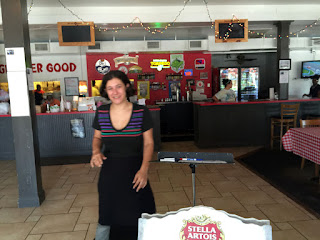 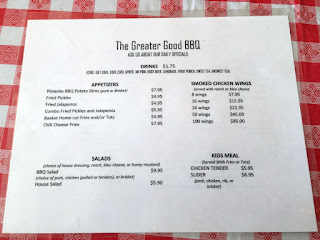 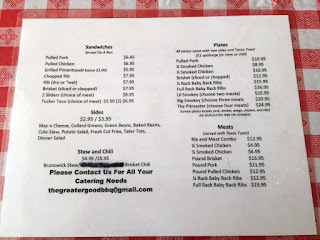 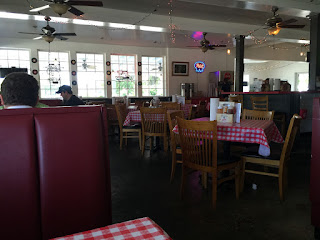 I thought the ribs very good with an appropriate infusion of smokey flavor - this is open-pit style BBQ which happens to be my favorite. The brisket was juicy but sliced thin - I'm not sure if they'll slice it thick - personally I think brisket is better served up in slabs, but that's just my opinion. I had trouble with the variety of sauces on the table as none of them matched what was on the ribs - I found out that they were "St Louis" style and that I could have asked for that as they keep it in back. It's definitely the best sauce here in my opinion (didn't care for the mustard sauce - it tasted a bit too much like Sonny's). 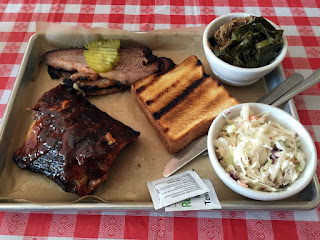 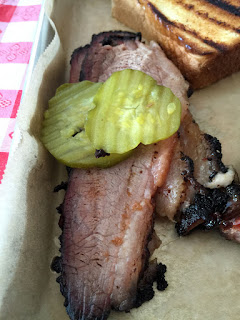 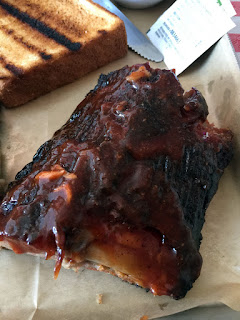 I also ordered the turnip greens and slaw as sides. The slaw is good but nothing special - it is a very solid creamy slaw that'll work well on any sandwich if that's your style. The greens, on the other hand, were some of the best I've had in Atlanta, filled with smokey chunks of meaty goodness. I could make a meal out of a bowl of these - just add a slab of corn bread and you're good to go. 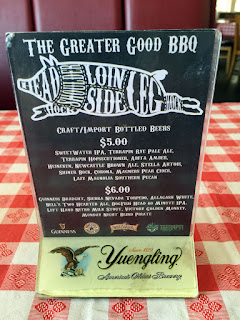 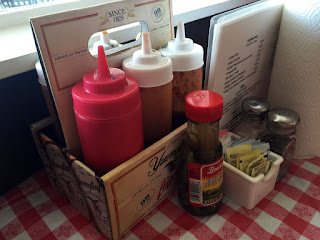 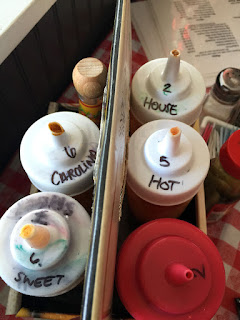 I deferred on the beer since it was still so early in the day but noticed several local craft that would be on my list, including the Terrapin Rye Pale Ale - great selection here. Instead I ordered up a glass of unsweet tea (yeah, I know, a shame but regular sweet tea just seems to sweet to me and I always feel like I'm imposing when I order half-and-half). My glass was frequently filled and the server was very attentive. 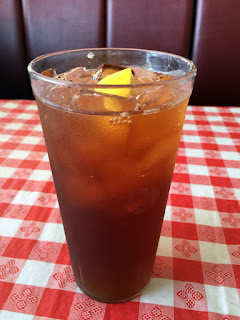 Overall the experience here is a great one with very friendly, accommodating staff and delicious smokey barbeque. The restaurant was very clean and brightly lit and there's plenty of room for large groups. Now all they need is a monthly classic car rally and we're all set.