Simon's Chinese Cuisine can be found at 3975 Old Milton Pkwy, Alpharetta, GA 30005 at the end of a short mixed-use business center before you get to the Publix traveling East on Old Milton from 400. It's a bit difficult to find, just look for the Chevron station and when you see it, prepare to pull in to your right. 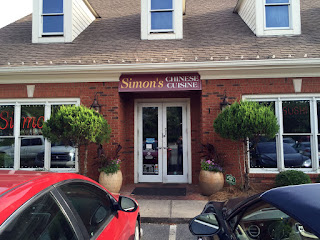 The building is an older typical Georgia red brick single story structure extended to fit a handful of shops. Simon's Chinese Cuisine is on the end of the short awning above the door and there's a neon "Simon's" in the left window that you can almost see from the street. Don't be fooled by the apparent size of the restaurant as it's quite roomy once you enter. 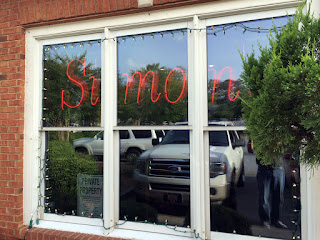 I've eaten at Simon's a few times - it seems to be a favorite of my relatives who call Alpharetta home. I don't believe I would come back here again on my own. Apparently it's been an Alpharetta mainstay for over 15 or so years - when the restaurant was opened I would imagine that there were few options for ethnic food in the area but now I'm not so sure. There were several nice cars in the lot when we pulled up last week, including a Tesla, a convertible Bentley and a high-end Mercedes, so Simon's definitely has some fans. 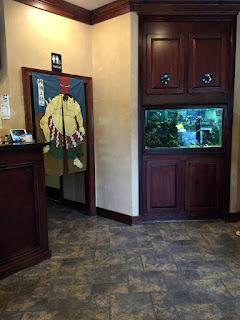 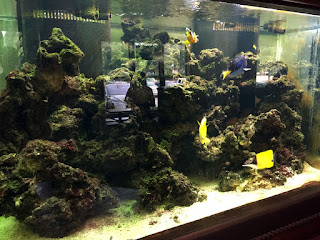 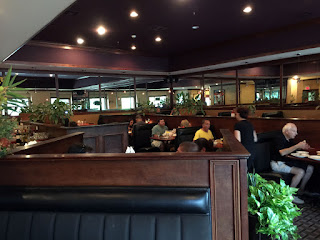 The interior is spacious and made to look more so by the mirrored walls. There's a large salt water fish tank and various Asian artifacts on the walls. Perhaps a better name for this place would be "Simon's Asian Cuisine" as the decor had both Chinese and Japanese elements, as did the menu. The menu has an extensive selection of Chinese items and then is expanded into two pages of sushi. Not to be outdone, there's also a section of Thai items. My extended family indicated that the owners were Vietnamese but I wonder about that and think that Thai is probably more appropriate. 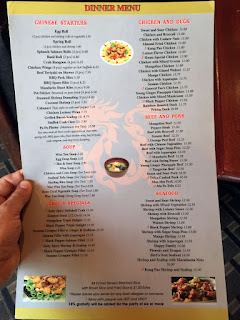 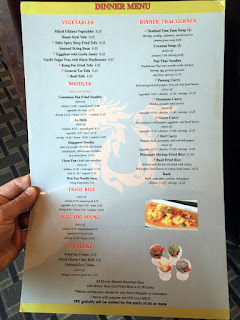 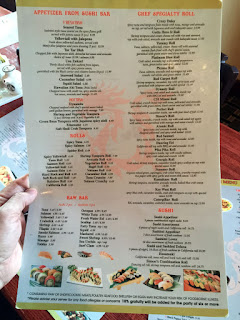 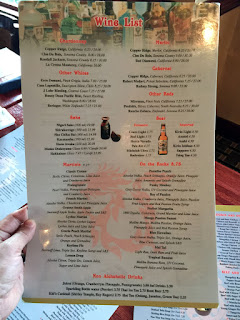 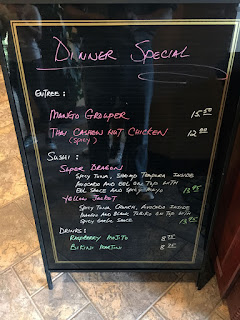 The last couple of times I've eaten here the food seemed unduly sweet to me, but that may have been exacerbated by the food selection - Mongolian Beef and Orange Chicken. This last time the food had a bit more balance - also the Mongolian Beef seemed to be toned down a bit (but don't worry, the sweet and sour chicken more than made up for that). 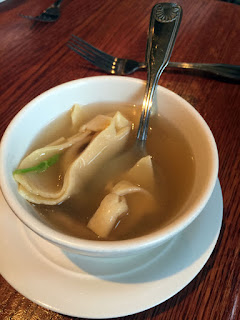 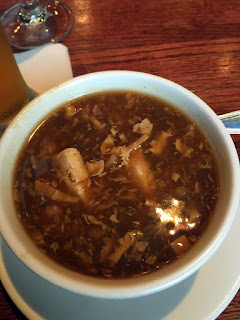 We started with some soups - the wonton soup was very basic - actually I've never been a fan and have only found it palatable at Fortune Cookie on Briarcliff. The hot and sour tasted pretty much like every version you find in Atlanta now that Sun Dynasty is closed (for some time now) on Memorial - that was a hot and sour soup worth traveling for. 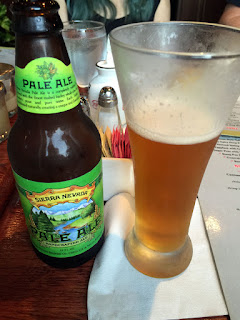 I came up to Alpharetta after a stressful work day and was the only one imbibing alcohol - at least Simon's has something a little better than your typical low-end beers. The Sierra Nevada was very welcome. Oh I should also mention the service - we had a large party of about 12 people with a couple of kids - the service here is very good and the people very accommodating for a party of our size. That actually improved my review a bit. 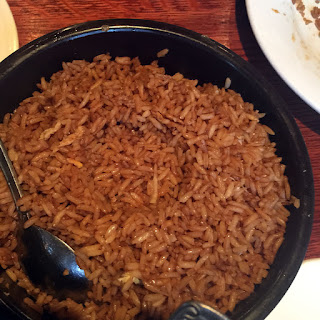 Next came a couple of containers of rice - one of steamed rice and the other of "fried" rice - the latter seemed to be more of an egg rice with a lot of color added. I tried a little to see what it was all about figuring that it would be too salty but it actually wasn't - nor was it particularly tasty but order it if you feel like you must.

We ordered several dishes - the best were the Mongolian Beef and the Spicy Chicken. The Chicken and Broccoli and the Phoenix and Dragon were ok if a little bland. I would pass on the day-glow sweet and sour chicken - actually I'm not sure why anyone would eat fried chicken tubes covered in orange sugar. 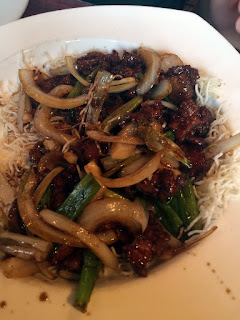 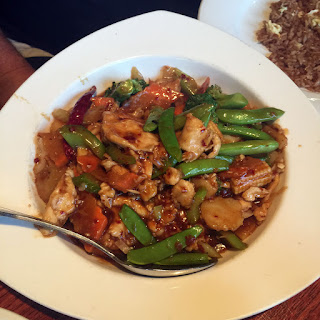 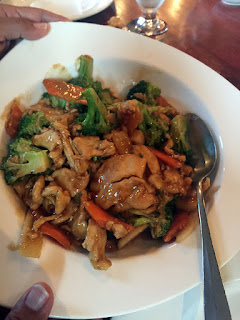 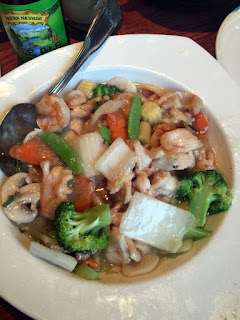 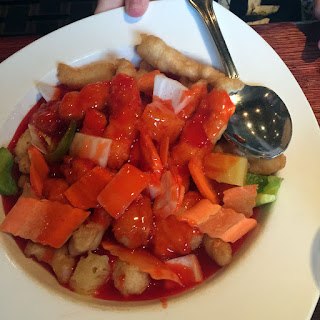 Some sushi was ordered at the table unfortunately the person ordering didn't share so I have no idea of the quality here. Nor do I know what the Thai food was like but in retrospect I should have ordered some as it may be the best thing served here. In general the food was decent but nothing special, with the major flavors dominated by low spice levels for the typical American palate. The service made up for a lot. 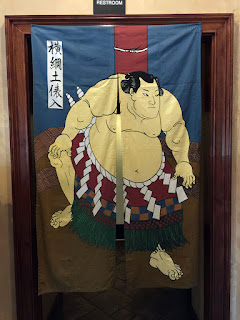 Simon's seems to fit the pattern I've seen where a small town with very provincial tastes acquires an ethnic restaurant - to appeal to the most people that restaurant serves up things that are more familiar - but in so doing loses a bit of its identity and dare I say soul? Instead of doing one type of cuisine exceptionally well, they end up with muddy flavors and a mediocre execution of all the attempted cuisines - just an observation. Simon's seems to do well regardless of my views, so its success belies my theory or perhaps this part of Alpharetta hasn't grown up enough to have a more sophisticated palate? Who knows - all I know is that there are better restaurants nearby (just keep driving to the Publix and try Madras Chettinaad - it has an amazing lunch buffet).