Saltyard is the 5th of 8 stops as part of "Eat the Peachtree 2015 - Electric Boogaloo!" - this is the return of the world's largest world's largest 10K-themed pub crawl. 10 8 clicks, 10 8 stops, 10 8 dishes, 10 8 drinks. 1 epic afternoon. Locate all the posts along with an intro if you search my blog with ETP2015. We walked from restaurant to restaurant in search of the best flavors and drinking venues in Atlanta, while enjoying the same sights as you would while running the Peachtree Road Race.

Notice that we decided to drop Varasano's Pizzaria as we had already substituted Thirteen Pies so the ETP 2015 is now down to 8 stops. We powered on from Holeman and Finch to one of my favorite restaurants, Saltyard!

You can find Saltyard at 1820 Peachtree Rd, Atlanta, GA 30309 in Brookwood on the left driving towards Midtown. It's in the same low-rise and almost next door to Watershed, which was on the ETP 2014 itinerary last year. 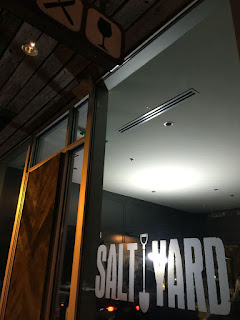 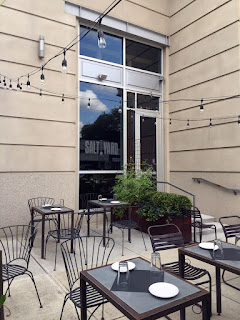 The best part of coming here so early, hardly any customers! They were glad to see us and very accommodating - we stretched out in front of the bar. 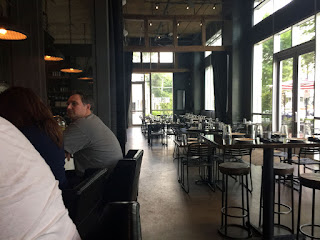 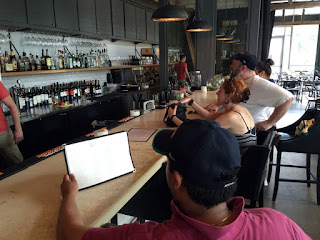 Today's specials. As we looked them over I mentioned how this was one of the only places in town where I felt totally comfortable eating entirely from the veggie menu. Some awesome stuff here folks - do support our farm-to-table restaurants! 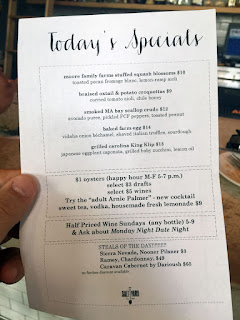 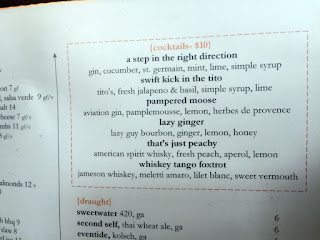 For drinks, we did A Step in the Right Direction, a Whisky Tango Foxtrot, a Lazy Ginger, and a That's Just Peachy... 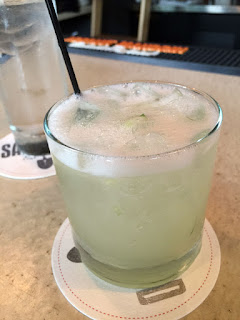 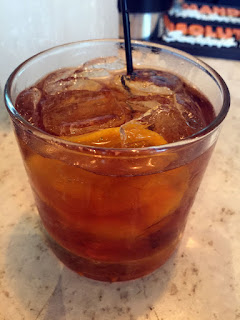 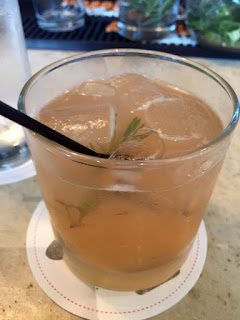 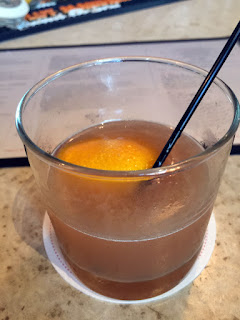 For food we ordered the Lamb Kabob on White Bean Hummus and the Fried Brussel Sprouts (and believe me when I say these are the only Brussel Sprouts I've ever tried and actually liked)... 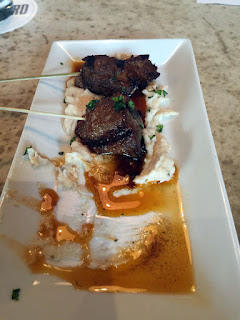 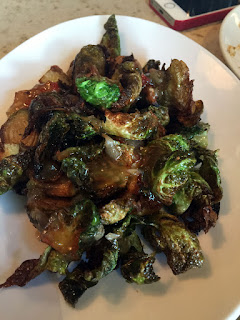 The service was amazballs, as usual and of course the company kick-ass. A good time was had by all. 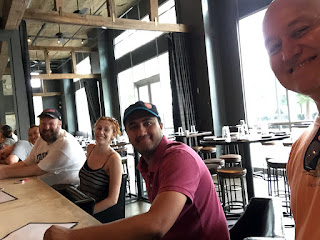