Red Pepper Taqueria is the 2nd of 10 stops as part of "Eat the Peachtree 2015 - Electric Boogaloo!" - this is the return of the world's largest world's largest 10K-themed pub crawl. 10 clicks, 10 stops, 10 dishes, 10 drinks. 1 epic afternoon. Locate all the posts along with an intro if you search my blog with ETP2015. We walked from restaurant to restaurant in search of the best flavors and drinking venues in Atlanta, while enjoying the same sights as you would while running the Peachtree Road Race.

You'll find Red Pepper Taqueria at 3135 Piedmont Rd NE, Atlanta, GA 30305 - the restaurant is on the left as you turn South from Peachtree Rd along the first block onto Piedmont Dr. Alternatively it's on the right as you head North on Piedmont, between Martina Dr NE and Peachtree Rd. 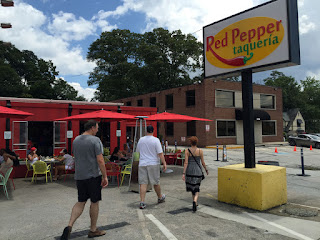 This fun restaurant has plenty of seating both inside and out and a large bar where you can sample several unusual drinks. I tasted several while here - try the Prickly Pear margarita. The seating was pretty much filled up on the patio while inside it was about 25% full. We sat in the air conditioning which was very welcome after walking along this hot afternoon - the weather was nice with about 50% overcast and around 80 degrees. 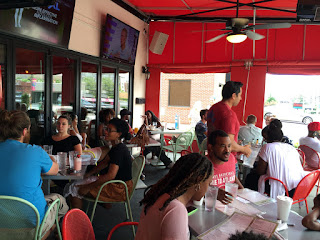 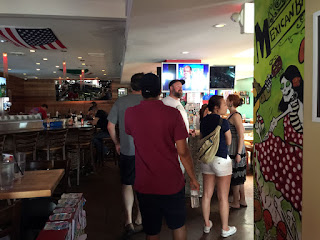 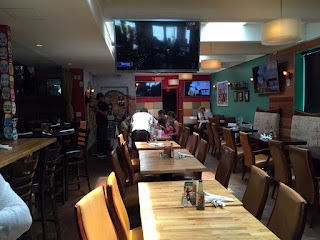 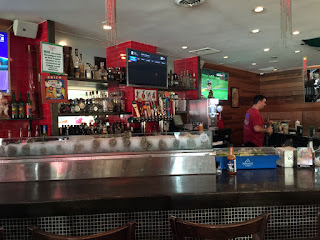 The menu is fairly extensive with several interesting items along with most of the usual Tex-Mex that you would expect. The food in general that I tried was quite good and satisfying. I do believe this is more of a hangout for drinks than food, however, so keep that in mind when you come here. 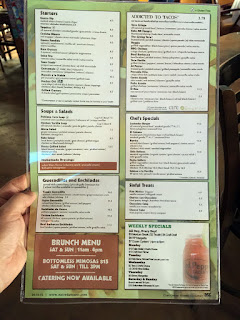 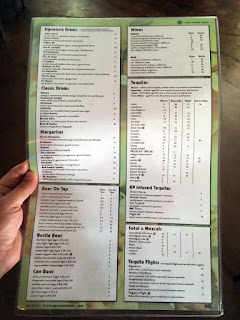 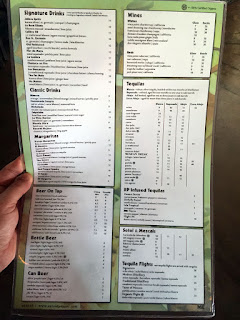 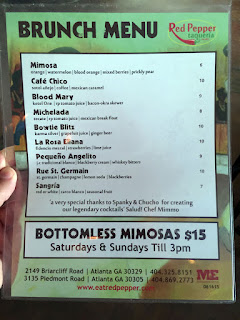 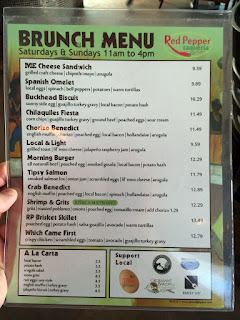 The nachos here are noteworthy as on the top 100 Creative Loafing list, so we ordered those plus an order of chips and queso. I liked the side of fresh-chopped jalapenos and did my best to eat them all. The nachos themselves were kitchen-sink loaded and should satisfy even the heartiest eater - loved the corn and guac. 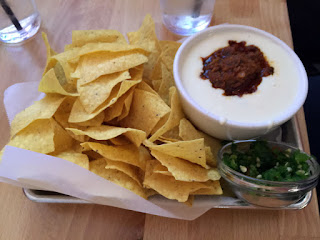 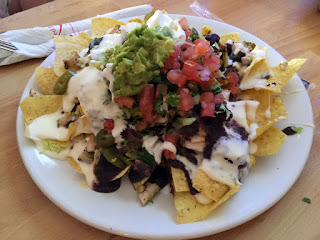 We tried several drinks as well has a nice wies beer. The purple drink is the Prickly Pear margarita which was quite tasty - I'm not sure if I've seen that elsewhere? 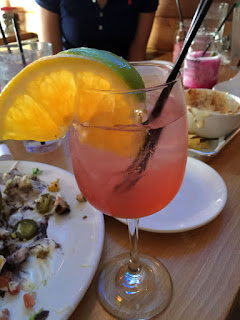 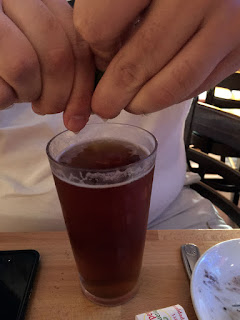 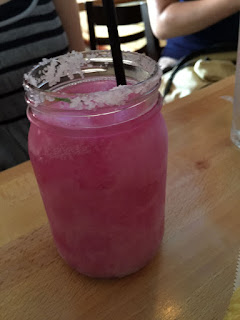 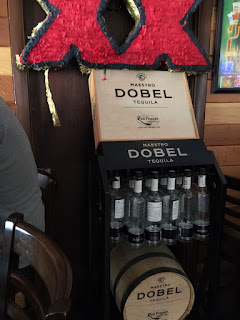 We enjoyed this place quite a bit. The service was terrific and the food well above average. The food and drinks came out quickly. This ended up being a great second stop for our Eat the Peachtree 2015 crowd! Good times had by all! 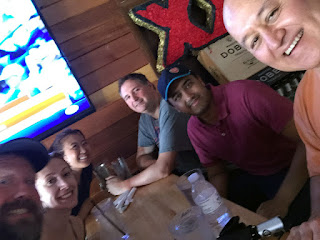 Next stop: The Southern Gentleman...