You can find Las Colinas Mexican Grill at 2327 Main St, Tucker GA 30084 in the heart of Tucker on Main St. It's nearly directly across from Local No. 7 and slightly down the street you'll find Matthew's Cafeteria across the railroad tracks. 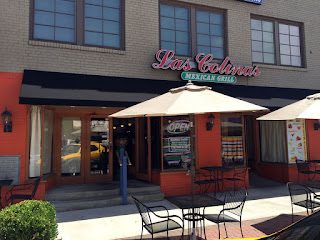 When Rotagilla closed a few years ago I was hoping for something interesting to take its spot - Rotagilla was a cajun restaurant (Alligator spelled backwards, get it?) that featured live music on weekends - the food wasn't bad but for some reason it never garnered much of a following in Tucker. I may have been for the very excellent CAMP that was in the same spot previously and the Cafe at Main before that, a great breakfast spot (I still haven't found a replacement for the Tucker 8). In any case, when Las Colinas opened I thought "Gee, what we need, another swag-Mexican restaurant." Not that Las Colinas is horrible, but with Los Hermanos serving up such good food nearby I couldn't fathom how Las Colinas would survive - and somehow it's done just that. 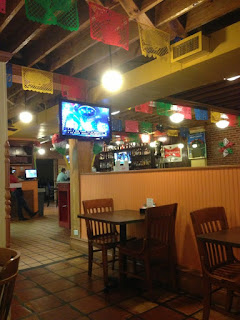 The restaurant occupies a rather unusual structure that appears to have been at one time something of a retail space - there's a window that juts out that's crying for some visual merchandising, additional widows on either side and some interesting access points along either side (read that as entry doors) - this place was made to display your latest in clothing-dressed manikins or similar. The interior is just as chopped up, with several floor levels and odd nooks-and-crannies for tables and weird seating arrangements. When it was a cafe it was a bit more acceptable and provided some character - as a Mexican restaurant it's just weird and awkward. 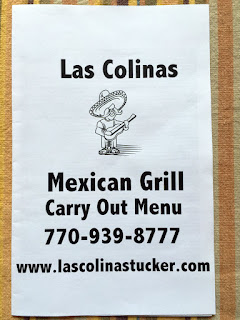 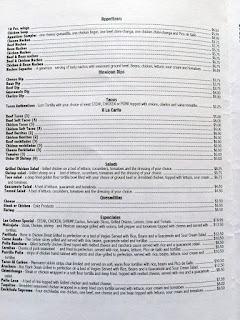 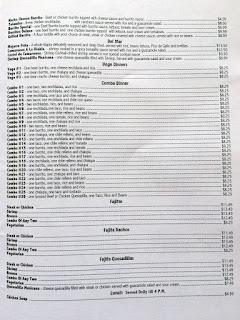 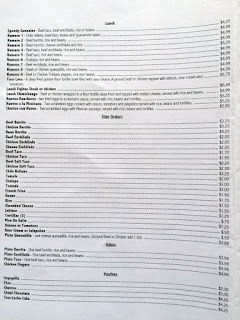 The menu here is fairly extensive with most of your usual Tex-Mex, heavily Americanized dishes. I've tried a few items and nothing was really a standout, other than the Molcajete (more on that later). The salsa is fairly bland, the chips a little on the stale side and they have these giant margaritas for those so inclined - actually I think those are the best thing you'll find here. As for the Molcajete - this is basically a bucket of steak, chicken and shrimp with roasted peppers, tomatoes and a cactus leaf,covered in melted cheese. You fish about for the goodies that you spread on tortillas before stuffing your face - and indeed, that's what this dish will entice you to do. It's a bit greasy but you only live once, right? 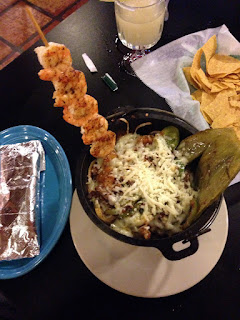 The service here was a bit lackadaisical - the servers seemed to want to be anywhere but at your table. The prices are downright cheap. The food fairly mediocre - I'd normally give it 2/5 stars but I'll bump it up to 3 for the Molcajete.