You can find Happy Sumo II at 155 Mt Vernon Hwy, Atlanta, GA 30338 near the corner of Abernathy Rd and Mt Vernon Hwy in the large shopping center anchored by Office Depot. The restaurant is on the Mt Vernon Hwy side of the "L" shape, close to the Chick-fil-A. Other places to eat in the same shopping center are Galla's Pizza, Royal Oak Pub, Twisted Kilt and Atlanta Bread Company. Parking is in the lot immediately surrounding the restaurant or the larger lot closer to the main shopping center. The building is quite quaint with typical Japanese/Asian elements, including a huge gong by the door and a sometimes working water wheel. 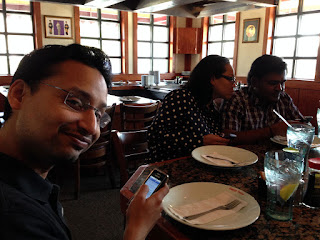 With the departure of the very popular Kobe Steakhouse at the Prado, I believe Happy Sumo II is the next closest alternative for the hibachi (sic) style Japanese restaurant in the area. This location has occupied this space for as long as I can remember, with very small changes since the first time I visited in the early 2000's. It's a large space with a decent-sized sushi bar and multiple rooms, filled with teppanyaki griddles - flat stainless-steel surfaces heated by gas flames, where the chefs ply their wares. And ply them they do, in the typical process made popular by Benihana and the local Nakato, the chefs here twirl utensils, season the food in a "show" at the table, and ignite various bits on fire to the delight of customers. 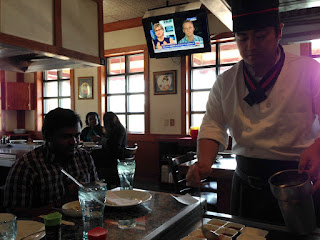 First regarding the sushi - I've always ordered and received exceptional sushi and sashimi at Happy Sumo - especially when ordered from the sushi part of the restaurant. I believe the chefs here are quite talented, however most of their talents are squandered making up rolls you can buy at Kroger or Publix. That being said, while the fish isn't as fresh as what is served at Nakato or Hiyakawa, it's still of better quality than most of the frozen crap you get at most of the local Sushi restaurants and buffets. I also prefer the style of spicy tuna and spicy salmon they do here in the rolls - there's an infusion of sauce that I like much better than the spicy dusting you get as some places. The sushi here is solid and the lunch specials are affordable (you also get rice and a salad when you order the combos). 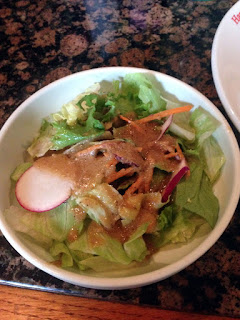 For dinner, the teppanyaki is very passable - I mean it is difficult to mess up this style of cooking - other than to over-or-under cook everything. Even with all the flailing about the seasoning is actually fairly sparse - if you're worried about sodium tell the chef and he'll adjust to keep it down. Also, I like the gochujang they serve here as their hot sauce - just make sure you ask for it as it's not something they typically put out as one of their sauces they offer (traditionally it's mustard sauce and ginger sauce - here they also ad a creamy sauce for the seafood). Most of these "hibachi" style meals come with soup and a salad - either miso or a chicken-based stock for the soup and a light iceberg lettuce salad with ginger dressing - both at Sumo fit the classic formula quite well. 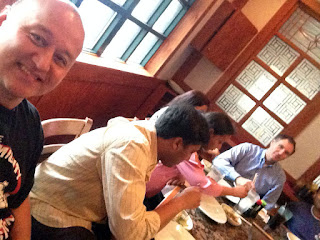 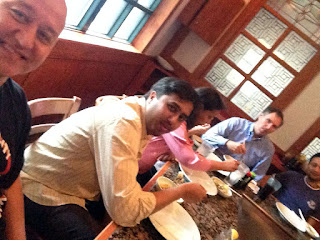 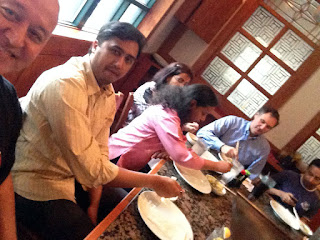 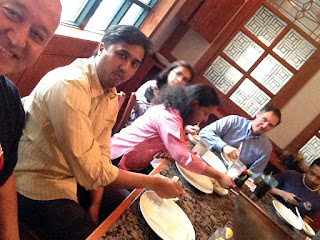 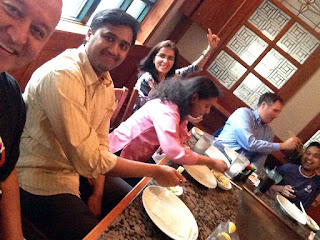 For the cooking action, which really what most people come to a hibachi restaurant to experience, the chefs here are mediocre, displaying a minimum amount of skill culminating in a "volcano" and/or a flambe of shrimp or similar. Sometimes they just squirt some oil, then alcohol to use as an accelerant to maximize the whoosh of a big fire (the oil acts as a sustaining fuel). Other than flipping a few shrimp tails and beating on the table with a utensil, the chefs tend to play down the show here. And therein lies the rub - I've found that most of these restaurant, especially close to town, have worked towards a minimum show for the customer - and really, as long as the food is exceptional that doesn't bother me personally. The problem is that most who come here (and similar restaurants) are paying and expecing something more. Everything these days just seem so tired. It's a sharp contract to visiting smaller restaurants of this type way out in the burbs - those chefs are still laying out the show and seem to be having fun doing this. 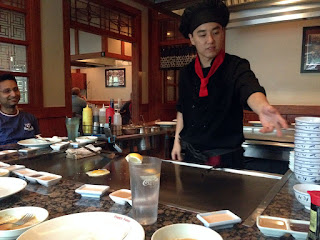 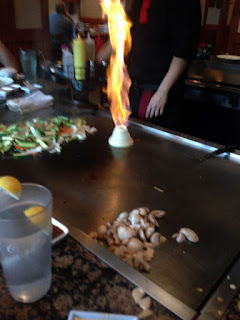 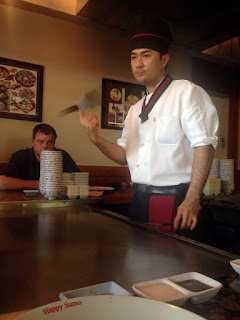 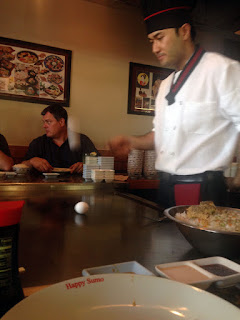 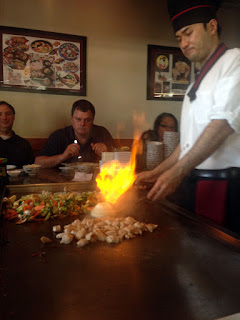 To wrap things up - the service here is above average. The sushi is good but not great. The teppanyaki is good while the show is mediocre. I think if you're into this style of cooking or work in the area, this is a fair place to aggregate with coworkers or friends. It can be quite fun, especially if you liberally sprinkle in the alcohol (to drink, not to cook) and have some good personalities in the crowd. Some of the chefs can be quite engaging, others seem so introverted you wonder why they're doing this for a living. The service here can be a bit iffy but generally won't piss you off. Prices seem to be the same for lunch and dinner but I just may have not noticed - if there's a separate menu it wasn't apparent the times I've eaten here. 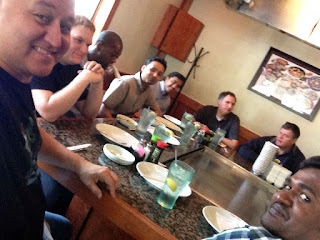