Taqueria Los Hermanos is located at 4418 Hugh Howell Rd, Tucker GA 30084 in a large shopping center anchored by Publix. This small chain is a favorite among locals.

On short notice I was invited to dinner with some good friends who suggested Los Hermanos. First, I should admit to having eaten here previously - in fact many times prior to the restaurant expanding into the adjoining space. You'll find Los Hermanos on the left side of the Publix shopping center in Tucker, right on Hugh Howell Rd (Lawrenceville Hwy splits to the left and continues as Hugh Howell if you're coming from i285 - you go on the right fork. If you're familiar with Handy Hardware it's the shopping center you would hit when leaving Cowan Rd instead of turning left or right onto Hugh Howell).

My prior experiences were very good until the restaurant expanded. I had the misfortune of eating there one busy night after the seating was doubled and it was just horrible. I figured they needed some time to get their act together and last night was my first visit since then. It's been several years so it was time for another try, right? I'm happy to report that Lost Hermanos has indeed recovered and I'm giving it a solid four stars. The service was amazing and the food excellent. The menu is fairly expansive with many options: 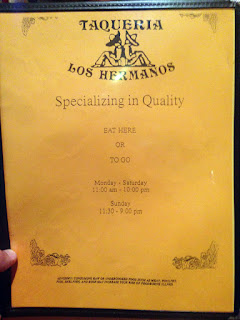 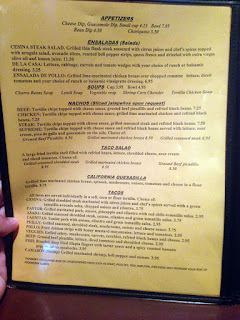 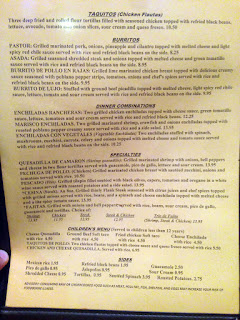 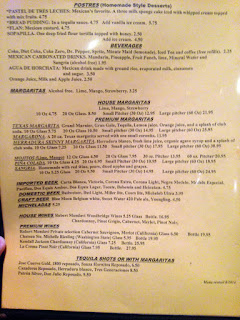 The starter salsa is very different from your usual swag-Mex fare. The term that comes to mind is "meaty" - not that there's a speck of animal remains in it - it's the heavy flavor of ripe tomatoes. You actually get that up-front, then a hit of cilantro (there's plenty of fresh green in the salsa), with the remaining flavors last. There's none of that after-taste you get from the stuff gotten from the bottle/can. Also it doesn't have the heavy acid you usually taste in conventional salsas - I liked it quite a bit. My only change would be to add some heat - either a bit of Hatch green chile or to keep it fresh a mince of serrano pepper. The chips were also awesome and above average (both by being fresh and the flavor/smell combo), slightly thicker than average and very flavorful. 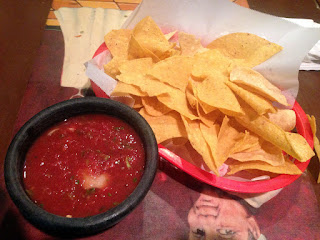 Although this restaurant is billed as a taqueria, the rest of the menu and particularly the specials always entice me to get something other than tacos - last night I chose the mole chicken enchiladas from their specials menu. Wow, this was perhaps the best mole I've had in Atlanta - thick and rich with the combination of earthy flavors and chocolate that makes mole dishes so delicious. Along with a side of rice, a spoon-ful of pico and a Mex-first for me, green beans. I know it sounds weird but the green beans were tossed with onions and large chunks of garlic, heavy sauteed and were quite good. I give this dish an easy 4 stars (I also uploaded an image of the dish).

My dining companions chose the Shrimp Corn Chowder (I've had it before and it's quite good) with the only comment that it was sweeter than they expected but they still thought it very good. They also shared the House Tamales from the specials menu which they raved about. This was two tamales, one pork with green chile and the other chicken in red (looked like achiote) with black beans. The pork had large chunks while the chicken looked to be pulled and slightly shredded. They particularly brightened at the pork, even pointing out the wonderful consistency of the masa and size of the pieces. I think I'll try this next time if it's offered as a special.

From memory, I've had a few other dishes - in particular the shrimp soup from the specials menu comes to mind - imagine a huge margarita glass filled with gazpacho with the rim lined with peeled shrimp - delicious! I've also had the carne asada burrito and the fajitas in various combinations - all quite good. All plates came loaded with food - you won't be leaving hungry. Also the prices were very reasonable for the quality of the food you receive. The three of us spent around $45 with drinks (two entries - one shared, soup, two sangrias and a beer). 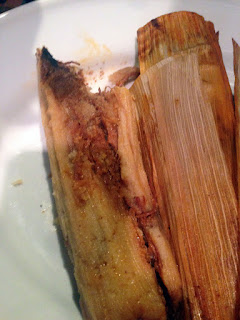 In all, a good experience with great service. The only failing of this restaurant is the lack of tequila as Los Hermanos only serves beer and wine combinations (even the margarita is made with wine and in my opinion not worth the effort). If you're in a beer mood you're in luck as the selection is better than what you'll find in a typical swag-Mex place (including Blue Moon, 420, and Yuengling). Also they offer a selection of entry-level California wines for the winos, however the snobs won't be happy. Last night I had the sangria and it was OK - there was an intensity of flavor that I liked but little "snap" - the fresh fruit felt like small bits of apple (hard to tell over the flavors other than consistency). While good not great. 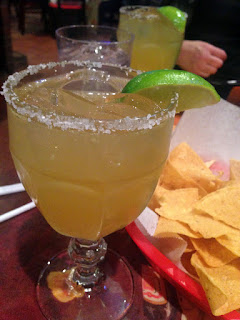 We forwent the dessert but if I had still been hungry I would have ordered the tres leches or flan - probably the former as it's one of my faves.