This location of Papi's Cuban and Caribbean Grill is located at 4349 Lawrenceville Hwy, Tucker, GA 30084 in the large shopping center where Lavista Rd dead-ends into Lawrenceville Hwy. This shopping center is anchored by Walmart on the left and Kroger on the right - Papi's is on the far right, occupying the space where Buffalo's once help court. Careful crossing from the parking lot - the shoppers at this plaza aren't particularly sensitive to pedestrians. 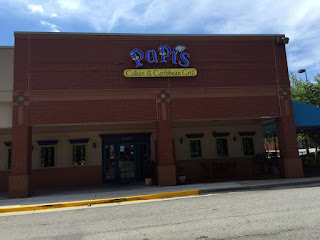 So happy a Papi's opened close to the house - even with other popular Cuban cuisine restaurants nearby, Papi's is a welcome addition. I'm a big fan of Cuban cuisine - if you haven't had it, think Hispanic but not spicy-hot, with garlic, black beans and rice, and fried maduros (ripened plantains sauteed until soft). No tortillas, instead you get Cuban bread. The best stuff on the quite extensive menu has to do with pork, however the beef and fish dishes are also quite good (I've had the fish tacos here and they were quite good). Speaking of the menu, it has quite a few good quality color photos so you can get an idea of what you're ordering. 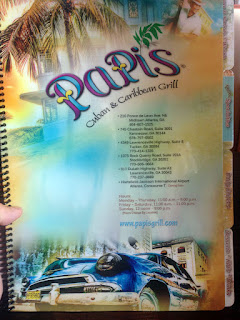 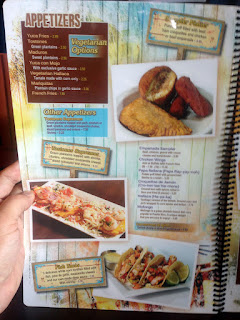 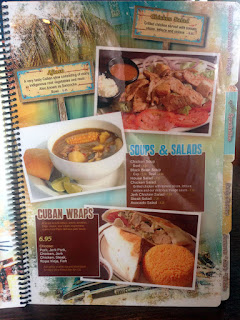 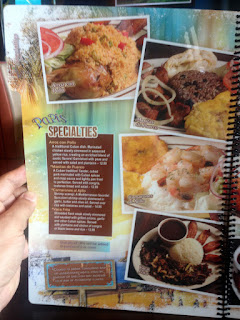 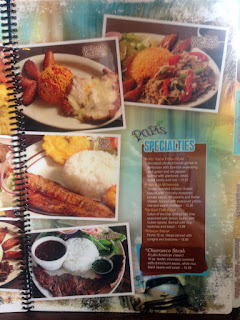 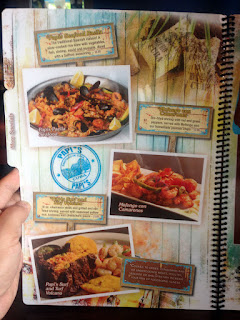 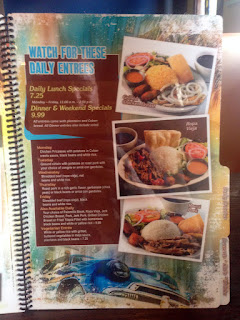 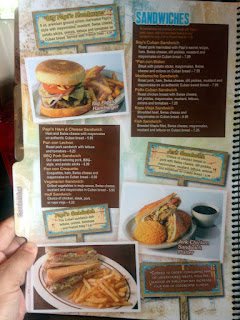 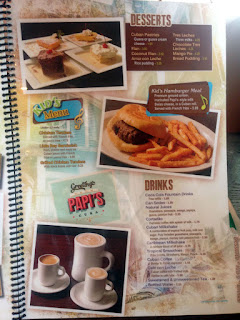 I've now eaten here a two dozen or so times and have had the following:

Roasted shredded pork in a garlic sauce - I had mine with the black beans and yellow rice and tostones. I thought this was good but I wish the pork was chunkier (it's shredded) - next time I'll try the Masitas de Puerco (closer to carnitas but without the onions and spicy sauce). The tostones were interesting but not my favorite - I think I'll stick to the maduros. 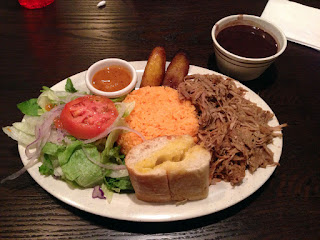 Vaca Frita - Shredded flank steak - cooked slowly so the meat is fork tender, then sautéed with grilled onions and garlic. Mine came with maduros and congris (this is a mix of rice and black beans and is quite good). So far this is my favorite - it doesn't appear on the regular inexpensive "daily specials" menu and for good reason - I think they fry this up to order, so it's a bit pricier than other items. I can get addicted to this stuff.

Ropa Vieja - this is also shredded beef but it's been cooked with tomato so it's got a different flavor to it - think of it as Cuban BBQ. I had this with black beans, white rice and plantains. This is good but the Vaca Frita is so much better that I think I'll get that when I want beef.

Jerk Chicken - not what I'm used to from other Caribbean restaurants, but still - large portion of big white-meat chicken chunks, seasoned and sauced (I guess it's supposed to be some type of jerk sauce - it's not bad but not what I would call traditional - I actually like the chicken better without) - had this with black beans, yellow rice and a small side salad (mango dressing). Good option for those who don't like beef or pork. 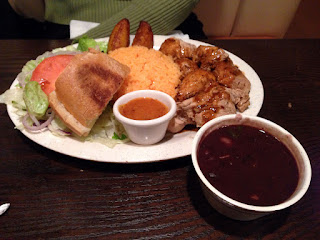 Fish Tacos - 3 soft-shelled tacos with fish (tilapia I believe), pico de gallo, white cheese, sauce and a few limes - you can also get this with shrimp. I liked these quite a bit, the seasoning was spot on and the portion size quite filling. 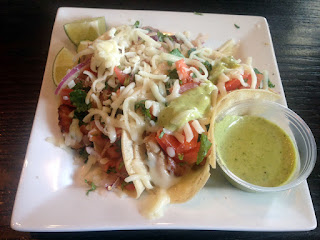 Cuban Sandwich - Smoked pork wrapped in ham, Swiss cheese, sour pickles, mustard, and mayo on Cuban bread -  had this for lunch with black beans and rice. Not the best Cuban sandwich I've had but large and filling. If you like pork you will like this sandwich - 'nuff said. 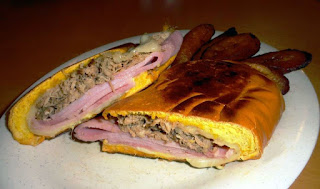 Papi's runs daily specials at $9.99  that drop during lunch to $7.25. I'd recommend any of the items on the specials menu, especially for lunch as there's plenty of food.


I've had one specialty drink - the Caribbean milkshake - basically fruit juices blended into a shake - good but very filling. I've also had some of the coconut flan which was very good - I've had better but this is still worth trying, especially if you're a coconut fan (as I am).

The service I thought very good - the Hispanic servers all speak very good English and were able to describe all items very well - ask them what they're favorites are if you're not sure what to order, especially on the sides. Don't bother going after 7:30-8:00 PM on Sunday as they close early (found out the hard way) even though they have 9:00 PM on the door.

(a shorter version of this review also posted to Yelp)