The Mozart Bakery is located in one of those small shopping centers between two larger - it can be found at 5301 Buford Hwy NE, Atlanta GA 30340 between Sinoloense Pollo on the left and Korea Garden (now Lee's Tofu House but the old sign is still up) on the right. It's also just North of Pinetree Hills which is the home of Chef Liu's and Bo Bo Garden). 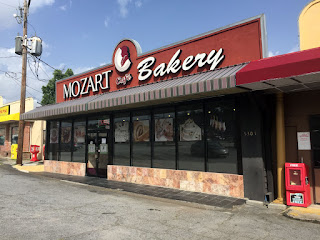 Mozart is one of those "hidden gems" that you usually find out about through your friends. Back when our dining group was involved in the "Buford Hwy Restaurant Crawl" we would sample various restaurants along BufHy, frequently ending up at the Mozart for a final coffee and dessert. Mozart seems to be owned by and mostly staffed by the same Korean family - super cordial and very hard working - to supply its customers with the best in coffee creations and fresh-baked confections. 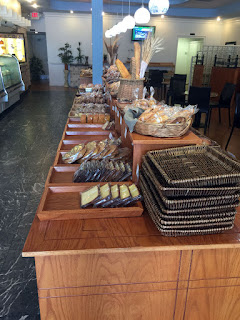 I think my favorite are the red-bean-filled "boobs" but I've sampled several of the packaged items as well as the offerings in the case. I think what I like best about this bakery is that everything isn't excessively sweet - it seems like most bakeries these days think everything is supposed to taste like a Crispy Creme glazed doughnut - they're much more conservative with the use of sugar here. I did buy a fried, bean filled doughnut here once that was covered in sugar and pretty greasy - as I recall it ended up giving me a stomach ache so beware of anything that looks too fried. 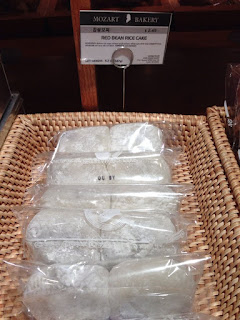 The cases are always packed with fantastic cakes and confections - quite an assortment that surpasses many of the highly competitive neighbors in quality, complexity and beauty. One day I'll have just that special occasion to order a cake - maybe this year? Yes, I'm thinking this year... 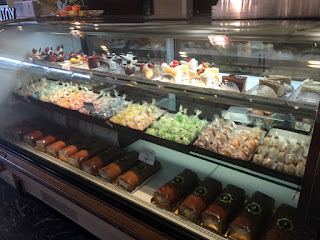 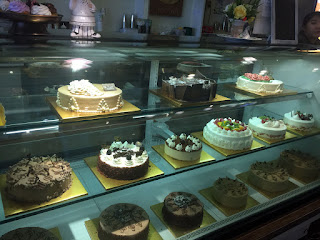 As already mentioned, the staff are some of the friendliest and accommodating people you will ever meet. I believe it's been around much longer than White Windmill but I could be mistaken - but it's certainly not as busy (and definitely not as busy as Sweet Hut). It's a nice change of pace from the others that's very refreshing - It's always a treat to stop here.