This location of Mellow Mushroom can be found at 931 Monroe Dr NE, Atlanta, GA 30308 in the Midtown Promenade - a small shopping center anchored by Trader Joe's. When I lived in L5P I visited this are primarily for the Highlander nearby (TJs wasn't open yet) - parking is frankly pretty crappy in this shopping center, but you can usually find a spot if you come at the right in-between time. Traffic is also pretty bad on Monroe during evening rush hour, however it's a fairly good time to drop in and have a draft or two to wait things out a bit. I realized I was accumulating a lot of photos for nearby MM locations so this the first review of several. 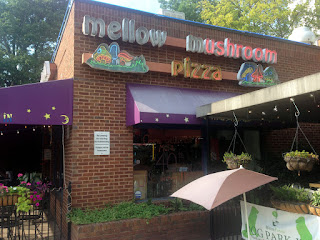 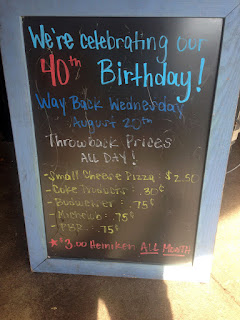 The Mellow Mushroom recently underwent some updates to decor so some of these photos are dated. The pizza, however is still the amazing oven-baked, multi-grain crust made with enthusiasm and expertise that anyone living in Atlanta for any length of time has come to enjoy. Mellow Mushroom offers up something you don't usually see - a smooth blend between small-time-pizza-joint and consistency in product. I do miss the earlier pies and personality, but some of the locations preserve a bit of the latter more than others (a good example is the location in Emory along Lavista Rd). This location has a bit more of a Midtown vibe with some classic rock thrown in (I never thought I'd think of the Dead as classic rock, but there you go). 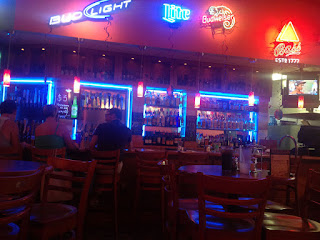 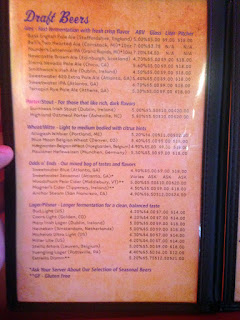 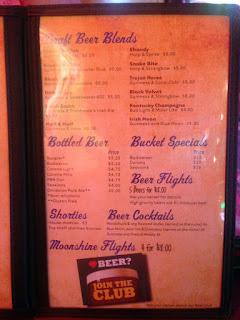 The menu items have changed a little over the years - when I started eating at Mellow Mushroom there were only a handful of locations - now they are ubiquitous covering multiple states. While I'm happy that they are doing so well, they've had to standardized a bit on their commissary - instead of making small batches of things like their dressings, they make big batches then distribute to the local restaurants and franchises. This location was built in a bit later period so it's not quite as "hippy-dippy" as the earlier stores - actually most of those are no longer standing as they tended to have very little seating. You can still see store #2 on Roswell Rd (right outside the perimeter in Sandy Springs) but it's been sitting empty for many years, MM having built a new location a few blocks further North. But I digress 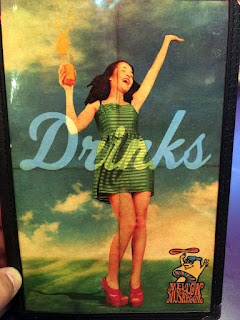 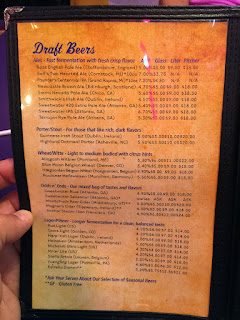 This location has some fine craft beer examples that you won't find at other locations - that's one thing I like about Mellow, they will alter their offerings a bit to suit the locals. You'll find some great neon on the exterior and blue neon around the drink cases. The service here in general is very good, although when it's either very busy or very slow, it can be hard to get served if your sitting on the patio. My favorite Mellow Mushroom pies: 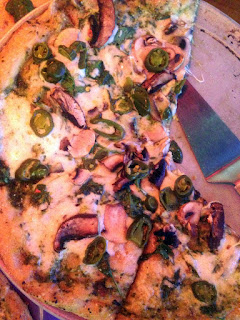 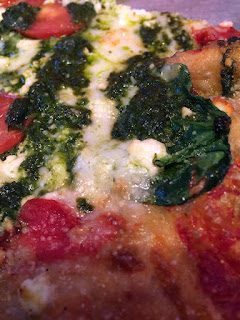 Kosmic Karma or the Magical Mystery Tour - the pizza here and at all MM locations are a standout - perfect blend of whole wheat and refined flour with a douse of olive oil and sprinkle of parmesan cheese. I can eat this every day. 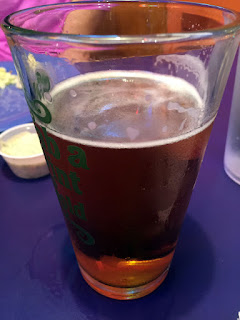 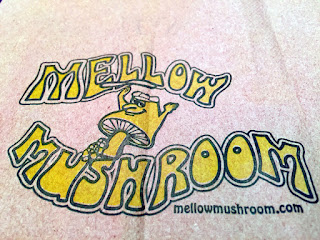