You can find Kool Runnings Jamaican Restaurant at 5450 Peachtree Pkwy, Norcross, GA 30092 at the corner of Spalding Dr and Peachtree Pky. This is the same shopping center anchored by Goodwill that also contains the very good Samui Island Thai restaurant and my favorite growler store, Peachtree Growler Company. 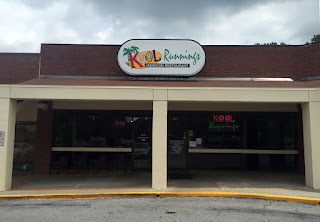 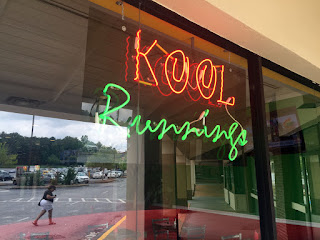 I was thinking about my old standby, Caribbean Fiesta only to find that the Norcross location (on Holcomb Bridge Rd where it turns into Jimmy Carter) had closed. I had heard recently that my old East Atlanta spot Kool Runnings had moved out to Norcross - it used to be on Memorial Dr and was a regular spot for me and my friend Allen. That fun location was never horribly busy (probably why the moved) and staffed by some amazing, friendly people 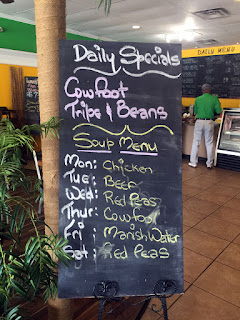 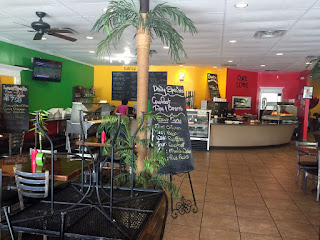 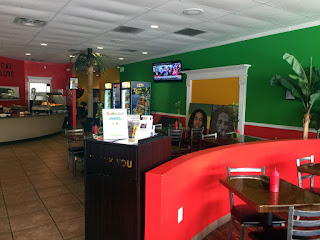 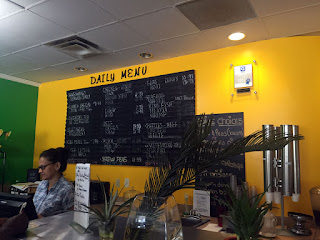 I happened out this way to scout out a few restaurants and noted the new location of Samui Island - it used to be on the Northern end of the shopping center and has moved to the Southern end. I then spotted Kool Runnings and since it was close to lunch time, decided it was time to revisit my old friend, Jerk Chicken!

So I dropped into Peachtree Growler and filled up on a very nice Bell's Two Hearted Ale, took it out to the truck and wrapped it in an insulated blanket and went into Kool Runnings. Amazingly, the person behind the counter remembered me from the Memorial location! I asked her how long she's been at this new location - 22 months! Crazy, I had no idea! 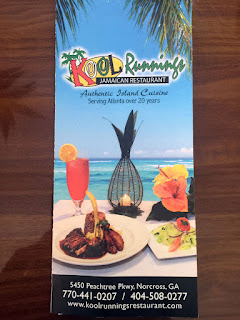 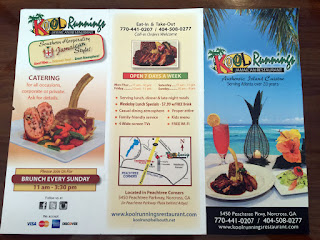 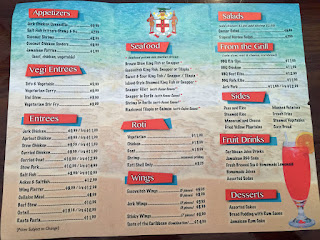 Anyway, I ordered up the Jerk Chicken with Peas and Rice and a side of cabbage with a few roasted plantains, maduros-sytle. Everything was oh-so-good as I remembered it. Do be careful with the chicken though as it's coarse chopped and there are small bones. The flavors are delicious - even the hot sauce, which is more of a vinegary pepper sauce rather than the sweet-hot you find at other similar restaurants, is very good (bottle on the table so don't bother with the little side-packages). Portions are large and there's plenty to sate the appetite. 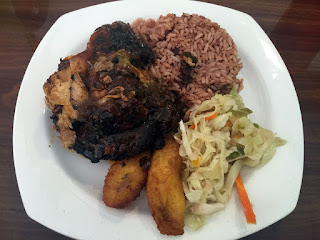 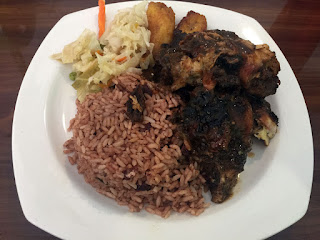 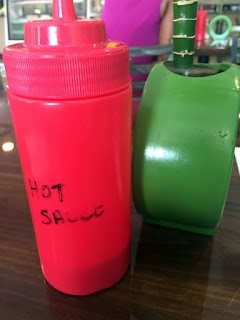 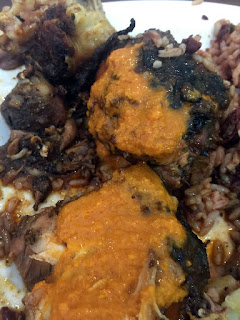 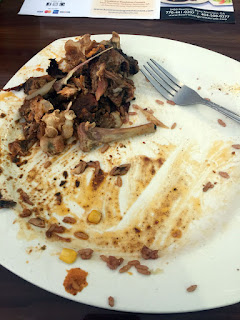 The interior of the restaurant, while not as big as the Memorial location, is spacious and painted in bright colors (the old location had bright colored paint on the exterior). There's a buffet line that's maintained during lunch (this was a weekend so no buffet) but there were still some specials. They were out of the BBQ but I usually stick with the chicken or fish.

In all a terrific, filling lunch. Do try Kool Runnings it's one of my favorites.