JR's Log House Restaurant address is 6601 Peachtree Industrial Blvd, Norcross, GA 30092 and it can be found right off the Peachtree Corners exit of Peachtree Industrial Blvd. It's a large riven-log home made in frontier style - you'll smell the open pit as you approach. If the parking in front is filled-up there's on overflow lot towards the back/side that can accommodate quite a few more cars, trucks and trailers. 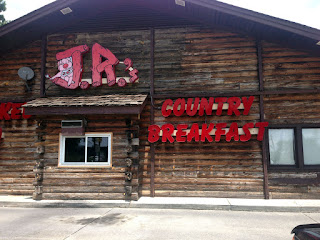 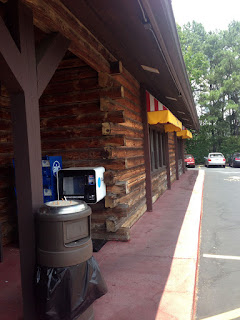 I've heard that JR's was an offshoot of Old Hickory House - story goes that one of the cooks for OHH and opened JR's as his own concept. I don't remember where I heard or read that - it's either on one version of the menu or from some trade publication. 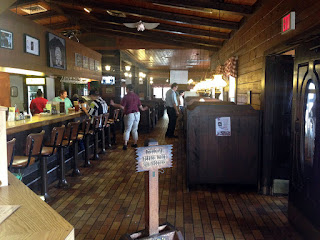 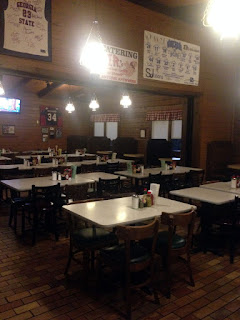 The interior looks much as you would expect - a log cabin with exposed squared-up logs making up the walls, with large beams and rafters making up the ceiling/roof structure. If your a fan of this building technique then this is the spot you're been looking for. The staff here can range from indifferent to very enthusiastic and in general I've had very good service. JR's becomes incredibly busy during lunch - the interior can seat quite a few and I've seen it full. Try timing your visit slightly before or a bit after lunch and you'll be fine. 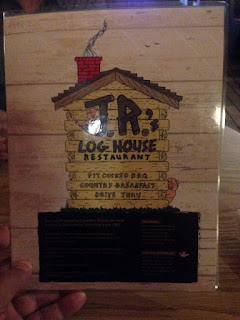 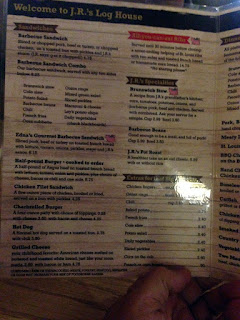 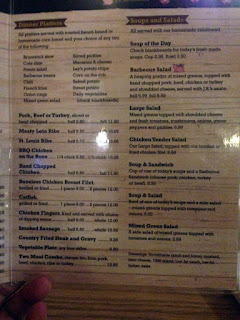 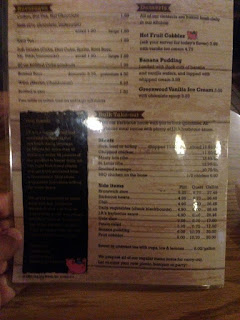 JRs is another one of those places that I visit for some specific dishes rather than for everything on the menu - here the Brunswick stew is exceptional - one of the best I've had - thick, slightly sweet with huge chunks of recognizable smoked meats. Meals here are served with your choice of cornbread or Texas toast.


Speaking of smoked meats, as I've mentioned this is a real open-pit deal - not too many of those around this close to the city. Plenty of rind and good smoky flavor in anything you purchase here. This is best represented in the ribs - the meaty loin can be gotten as "all you can eat" - just make sure you have the time to really enjoy them as they close at 8:30 - yeah I know, crazy huh? 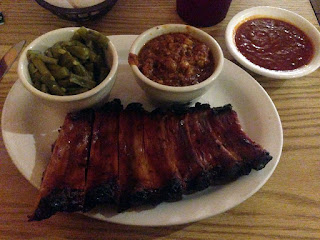 One of the reasons the ribs are so tasty is due to the homemade sauce - it's not your typical fare - comes in a small bowl (shouldn't it always?) heated with pieces of tomato and on the tangy side. I also have tried many of the other sides and they have a whole chalkboard full of them (none are exceptional), but really go here for the ribs and stew (feeling glutinous, I usually get the ribs and a double order of stew). I've tried the pulled pork and it's not my style - it's mixed with a bit of sauce and I've never liked that, rather it were dry and dressed by me at the table. 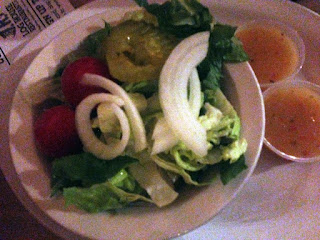 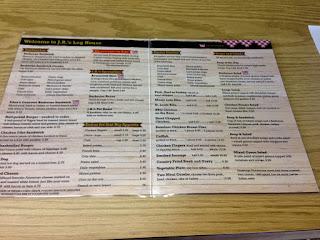 I've heard the breakfast here rivals Old Hickory House - makes sense with the origin story. Thus far I've been too lazy or too busy to make it here for breakfast but will some day.JR's also has a rather popular drive-through which I think is awesome. I've always gone inside because I enjoy the ambiance and the huge drink glasses (get yourself some swee' tea folks!)... 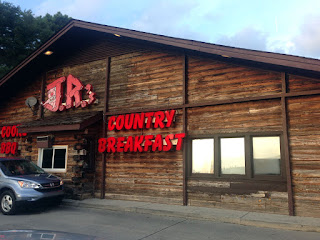 The building is log cabin style - really, with exposed rafters and rough wood everywhere. The bbq is open pit and really smokey, if you're not a fan of that style go elsewhere - the staff is friendly but go early - as the evening goes on things slow down a bit. I used to make this a regular stop, I've since slowed down a bit as I always over-eat.