Iron Horse Tavern - on the Square in Norcross

You can find the Iron Horse Tavern at 29 Jones Street NW, Norcross, GA 30071 on the far side of the downtown Norcross square down the hill from Paizano's and Zapata. This is an English/Welsh style pub and part of the same series as Royal Oak, Bat and Ball, Ship and Anchor and Ye Olde Dunwoody Tavern - most of those are near where I work so I've visited them all - besides having a similar theme, they share the same menu (for the most part - the daily specials do vary a bit though). 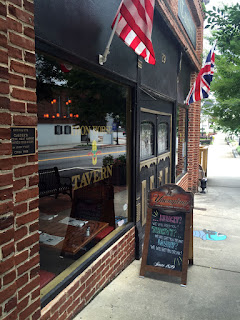 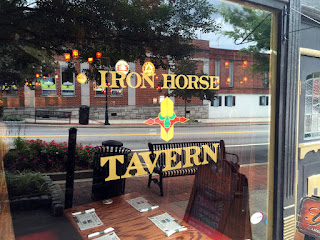 The interior is woody and dark, just as you would expect of a pub. There's an area to play darts and some booths to divide up the space a bit, otherwise it would be very loud and you do know it's loud when it's crowded on weekends and during trivia night. I like this place quite a bit - very cozy and great for kicking back and tipping a pint or two of bitters. This place get's some great limited-time craft beers (ask for what's on the rotating tap) - the best I've had here is New Holland Brewing's Poet Stout - this is an amazing beer and worth trying if you haven't. Otherwise they have the usual mainstays found at the other pubs: Bass, Blue Moon, Guinness, Harp, Newcastle, Stella, Sweetwater 420 and IPA and Yuengling on tap. 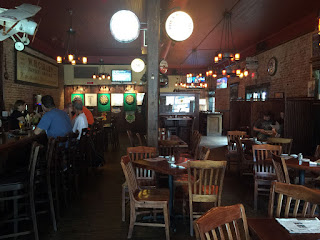 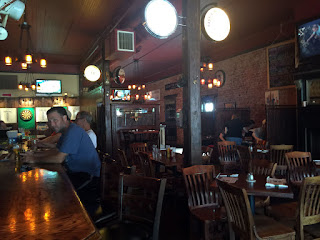 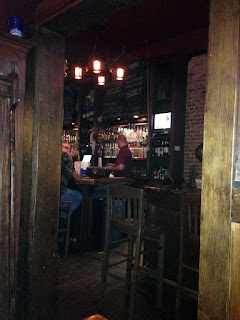 As for food, the best thing on the menu is the fish-and-chips - these are made with the best cut of the cod, no tough tail section here (pet peeve of mine) - you can get it with one or two pieces if you're hungry. Add some malt vinegar and enjoy yourself - you can't go wrong with this one. For some variety, get them with the sweet potato fries, sans vinegar. I like the new menu - presented newspaper style with British-related articles on the cover and menu on the inside and back. 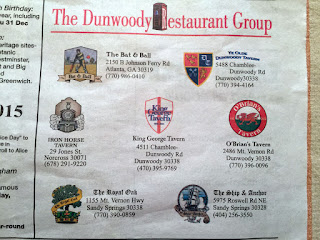 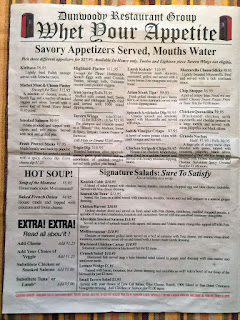 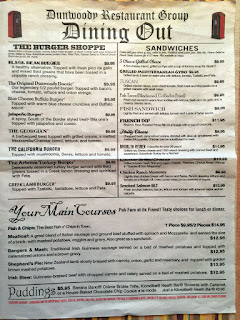 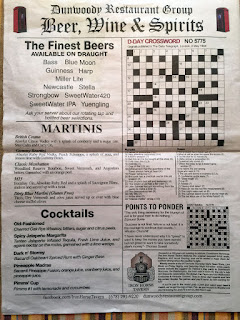 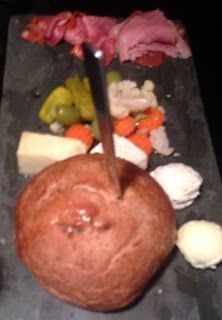 I also like the Ahi Tuna Tacos (which I notice has been taken off the menu), the Market Meat & Cheese Platter (your basic charcuterie), the Irish Spring Rolls (stuffed with corned beef and Swiss!), the Tavern Wings, the Lamb Kabob and the Chicken Quesadilla. I've also had  the burgers and chicken sandwiches which were all quite good. Some of the other main courses that were more of your classic English pub variety I thought were OK but nothing to write home about. I think most of that food is fairly plain to begin with and for me, I prefer stronger flavors - pitted against a nice ale or stout and they tend to bland out - your experience may vary though so take my opinion with a grain-of-salt. 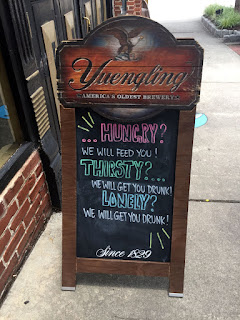 Service has always been more than passable and downright great at this location - they hire some real people with character, who know their food and more importantly, the bar. All-in-all a great place to hang out and chill.