Fortune Cookie is located at 2480 Briarcliff Rd NE, Atlanta GA 30329 in the shopping center at the South-Western quadrant of the intersection of Briarcliff and North Druid Hills - this used to be called Loehmann's Plaza but with that retailer gone I'm not quite sure what the complex is now called. The easiest access is from Briarcliff coming down the hill - you'll see a Dollar Tree - Fortune Cookie is almost right next to it. 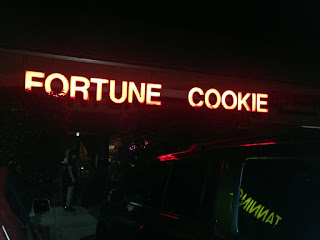 This venerable Chinese restaurant has been a local favorite for many years. I would place this in the Americanized Chinese food category - sort of old-school make-what-Americans-think-Chinese-food-should-be style through the use of a lot of sweet flavors and wok fried meats. Don't expect the regional Chinese labels to apply in authentic fashion - even those entrees marked as spicy are mild. If you're older, you'll appreciate Fortune Cookie's flavors as reminiscent of Chinese Cooking you had growing up (unless you had access to a real China Town in NYC or California or similar). This place is very popular among locals, especially from the Druid Hills area - every time I've gone I've noticed an older crowd of diners (and often the place is full-up, sometimes with a wait) - this is indeed an old-school crowd that appreciates the food for what it is - some of the best Americanized-Chinese classics around. 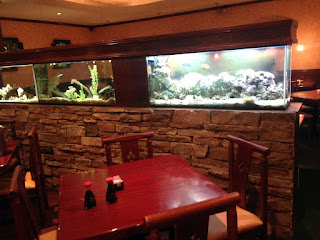 There's a long line of fish tanks, both salt and fresh water, alternating, dividing the room in two. Once seated you'll notice a very extensive menu - most of the items are very self-explanatory - no "weird" foods here - mostly it's stuff familiar to most Americans. 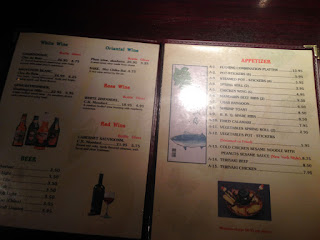 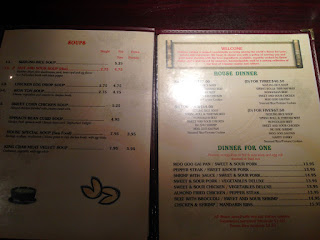 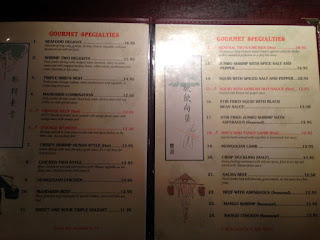 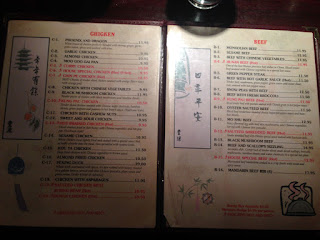 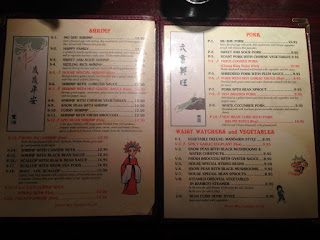 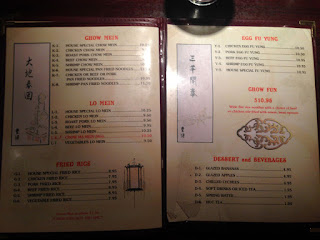 There are a couple of things that make Fortune Cookie special - the first that is very noticeable, even with the first appetizer, is the freshness of all the ingredients - no left-over, reformed hash here. The veggies are very crisp and the sauces aren't gummy through the over-use of corn starch. I recommend the spring rolls, steamed pot-stickers and the won-ton soup (this last is probably one of the best I've had in Atlanta, with fresh spinach leaves and diced smoky pork - it's a very nice soup). The hot-and-sour soup is passable, however I like it with meat and the use of white-pepper - Fortune Cookie uses black-pepper with a darker, starchy broth. While passable, there are many places with better - stick with the won-ton and you'll be happy. 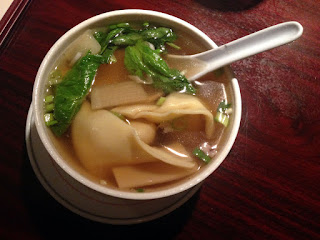 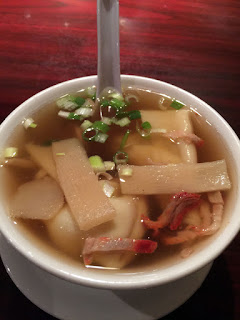 I've tried many entrees but usually end up either getting the spicy chicken (it's basically General Tso's served fried, sauced with a side of steamed broccoli) or Phoenix and Dragon (chicken and shrimp in white sauce with veggies - the latter you'll want to spice up with some chili sauce) - at around $11 not a bad deal. The chicken is very tender (bit of corn-starch expansion there) and soft enough to gum if you're older (heh) - the shrimp are larger and cooked to firm (not rubbery). Part of the veggie mix is fresh bamboo shoot when they are in season - the delicate and fragrant shoot is much better than your typical canned version used in many "schwag" Chinese places and worth ordering on it's own if offered as a special - it has a flavor like no other. Order the hot tea and you're ready to go. 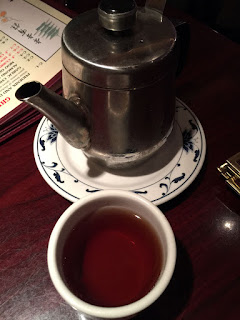 Chinese Chicken with String Bean (Hot) - this is a classic dish that has flavor, texture and a good sustaining sauce. 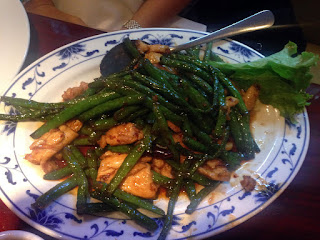 Shrimp with Hot Gaelic Sauce (Hot) - one of my favorites. This is a delicious, spicy shrimp dish that's sure to satisfy most sea food lovers (it's actually not that hot - I ask for it "extra spicy" as I do in most places - I can't imagine what it would be like if I didn't). 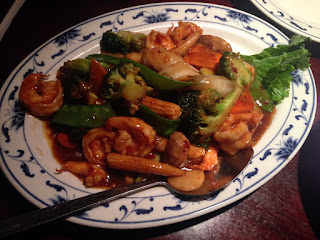 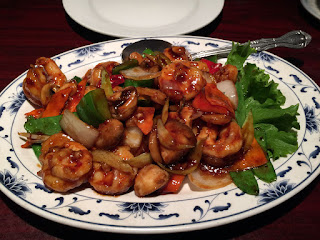 Chow Ma Mein - this is my favorite dish here, hands-down, and I order it frequently, usually in the summer - I also order this one extra-spicy. It's basically a low-mein soup with fresh seafood and super, super good. I haven't found anything quite like it elsewhere - I asked one of my Chinese friends about it and she explained that it should be familiar to me as it was more of a Korean dish (not that I recognize it even there but yea, the flavors do harken that cuisine). 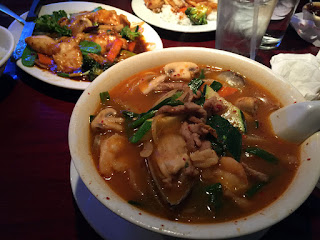 Meals can be adjusted with a bit of homemade chili paste - they also have the common pastiche of hot mustard and sweet duck sauce on the table (good with the egg rolls). At the end of the meal you get, what else? Fortune Cookies (and a few slices of sweet orange). 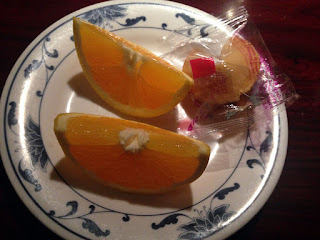 While I absolutely love the real flavors found in authentic cooking, there's absolutely nothing wrong with solid, traditional Americanized Chinese cooking - just know what to expect and you'll do fine. This is a good meeting place restaurant for when you have people included that haven't experimented with authentic cooking. The other thing that Fortune Cookie does well is their take-out. You can view their menu and order online - something I wish other restaurants would offer as it's a real winner. If you're in the North Druid Hills area they also deliver. 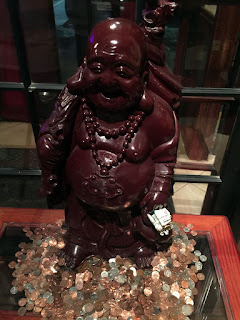