This location of the Flying Biscuit Cafe can be found at 5975 Roswell Rd, STE G-25, Atlanta, GA 30328 (it's really Sandy Springs). This is at the corner of Hammond Dr and Roswell Rd and in front of the Lowe's which anchors this shopping center and next to the Chick-fil-a. I find it to be one of the better breakfast-serving restaurants in the area with consistent service and food quality. 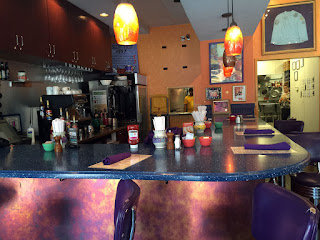 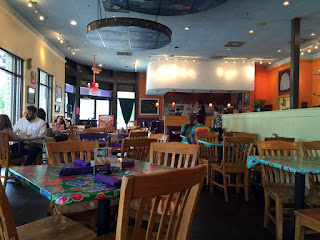 I've managed to eat at this location several times and every time the food is just damn good. I originally worked with Delia at Indigo (the last restaurant I was a chef and expediter) so I'm very familiar with the food - when Delia (of the chicken shack) left he took two other chefs with her, Lourdes and Lucero (who went on to open Zocalo) - we all worked together during brunch at Indigo where many of the flavors finds its origins - not that it's the same, as this trio further refined the flavors into what makes the Biscuit so good. All I know is that I have yet to have a bad meal at any Flying Biscuit location and this one is particular good. 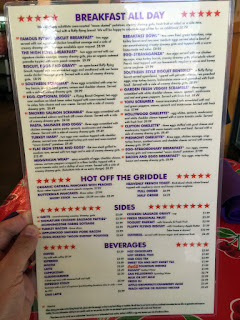 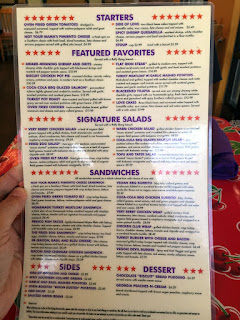 I particularly like the ambience of this restaurant - a cross of hip and modern - none of that fake chicken on the walls crap you see at many breakfast-styled restaurants. We tend to come to the Roswell Rd location as it's close to work (our office is at Northpark) - as a concession to my "eggaterian" friend Sid, the Biscuit is a good compromise between carnivore and herbivore - each of us can find something to like. For me, hands down it's all about the oatmeal pancakes - but I digress.

This Flying Biscuit is on the smallish-side but don't let that fool you. It's a good local hangout that feeds you full of very good quality breakfast food. I've also had the shrimp-and-grits and several of the salads, but I usually come back to my favorite meal, the High Flying Biscuit Breakfast. This comes with two eggs, chicken sausage (I sometimes get the applewood bacon), grits and an organic oatmeal pancake - served with peaches. 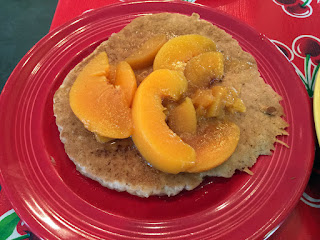 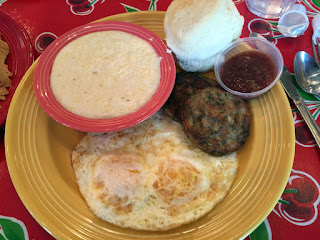 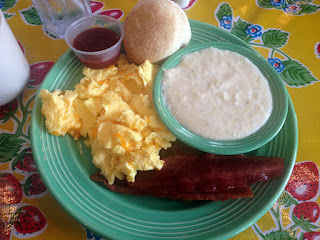 My friend Sid tends to order the Heavenly French Toast with an egg or two on the side. And of course the biscuit, which is served with a very flavorful apple preserve, which is a perfect substitute for butter (or it can be spread with butter, but I wouldn't know about that, would I?) 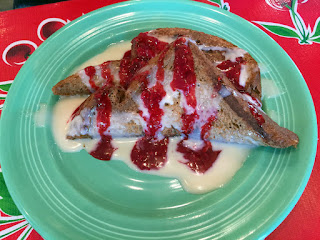 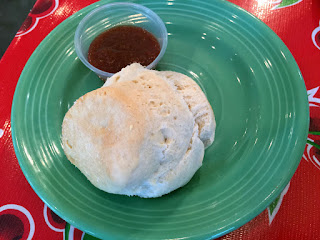 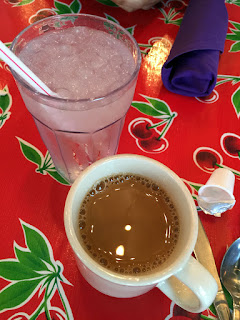 About some of what you get - the sausage here is exceptional, as are the grits - these are some of the best I've had in Atlanta - no lie. If you're a fan, make sure you try them. Also, the biscuits are unbelievably good here - no they're not like Grandma's, but these are much, much better than your common fly-by, overworked dough balls you get elsewhere. The coffee here is good but not as good as the dark roast we had originally at Indigo - I'm guessing a compromise was made when Delia sold the business to its current owners. In general I like the Biscuit better than J. Cristopher's but less than Thumbs Up. It's much better than IHOP or Another Broken Egg Cafe - just my opinion though. 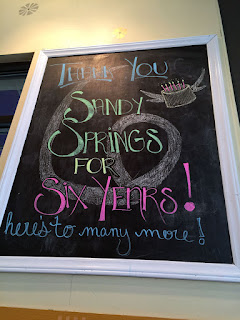 The service at this location I've found good and occasionally exceptional - and the restaurant is always clean. Parking can be a bit of a chore if it's very busy but there's plenty of overflow back towards Lowe's.