Figo Pasta is located at 1140 Hammond Dr, Atlanta GA 30328 in the same shopping complex Uncle Julio's anchors, across from Sanford Brown College. This is a small, Italian restaurant where you order the pasta, sauce, meat and accompaniment at the counter and it's soon delivered to your table. I call this area Sandy Springs but I guess in reality it's the no-man's-land between Sandy Springs and Perimeter Mall. 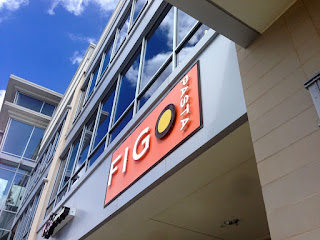 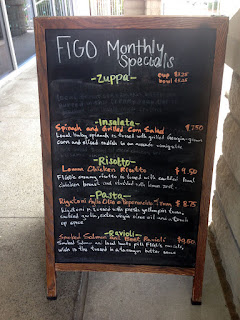 I've had the food here on several occasions - I think the food is in general good but not exceptional - I do think the portions generous and the food very inexpensive. I can see this as a great restaurant for the lunch crowd - it;s a bit noisy for dinner. If you haven't been, it's basically a chain-restaurant version of Pasta Da Pulcinella - the concept is that you order at the counter by picking your pasta/sauce combination,  salad/antipasti, and drink, with each course delivered as they become ready. I went with the arugula salad (large was big enough to split) for $5, a whole-wheat fettuccine  with "Pollo sauce" - basically a spicy red sauce with pieces of chicken. 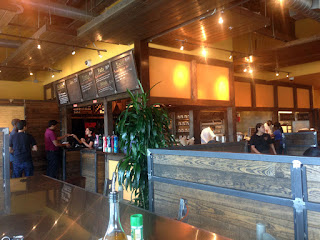 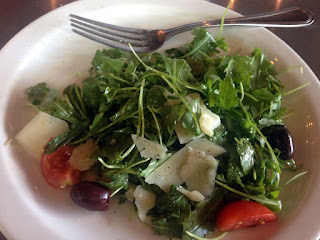 I believe the pasta was supposed to be fresh, however it didn't quite have that freshly made texture so it's questionable (may have been the gluten or the whole-wheat mix but it's hard to tell). The sauce was right on the money and at about $8 for the dish you can't go wrong (the price varies depending on the choice of pasta - $4 for the long stuff and $5 for ravioli). You may ask yourself how I know about pasta - I've cooked a lot of it in the various restaurants I've worked, however I REALLY learned about pasta working at Mi Spia (Park Place, now long gone - now that was an exceptional Italian restaurant). I'm rather fond of the lasagna here if they have it - not bad at all! 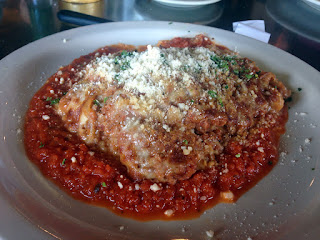 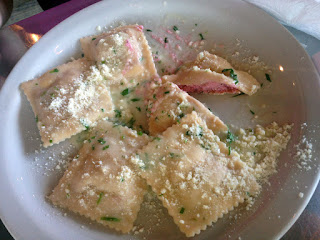 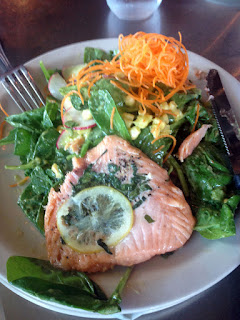 The restaurant has daily specials - they appear to be variations of the menu with perhaps a scratched sauce. The bread looked to be a lightly seasoned (salt) focaccia cut into strips and served in a basket with olive oil (on the table). When you order you're given a large peppermill, brightly painted to help identify you for the server/food runners. Figo also serves a limited selection of beers and wines - try the Peroni to enhance the mood (my preference is Moretti but I didn't see any in the cooler so I assumed they were out). 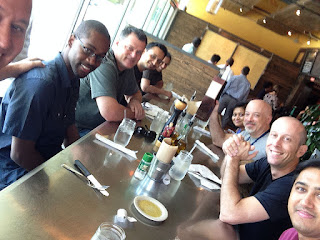 For dessert I've tried the tiramisu and the key lime pie. The tiramisu was the winner her - rich, appropriately espresso infused and very good. I wish someone could make a Key Lime pie like Indigo but I digress - this one was a bit tart and gritty (it'll satisfy but only just).

Service amounts to the person at the counter (super friendly) and a server to both run food and talk you into dessert - no complaints there.