Your Pie - at Perimeter Center

Your Pie is located at 123 Perimeter Center W, Suiite 200, Atlanta GA 30346 in a large live/shop complex anchored by Target near Perimeter Mall. Nearby are Mimi's Cafe, Taco Mac, Long Horn Steaks, Fleming's and next door, Shane's Rib Shack. This is a favorite haunt for me as it's close to my old office location, and actually not very far from the new office. 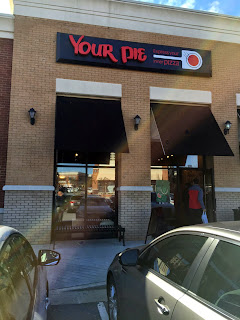 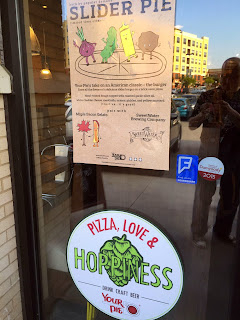 Similar in concept to Maddio's down the street a way at the Walmart shopping center on Ashford-Dunwoody, Your Pie is hand's down superior for several reasons: 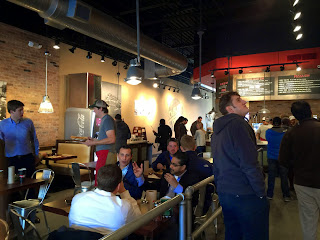 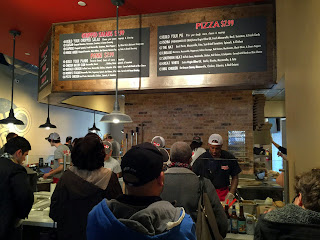 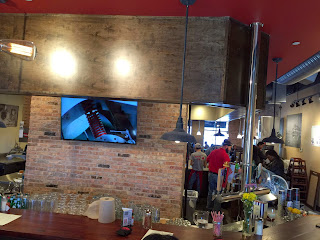 You order at the counter at Your Pie - you can select one of about a half-dozen specialty pies or load up your own - I choose the latter but I have sampled several of their suggestions. I've tried the Lineage, the Southern Heat and the Great White - all are quite tasty and worth ordering if you're not up to the task of creation. Any of these pies can be found on a wheat, traditional or gluten free crust. Or choose a salad or panini, any for $7.99. Although you can get a cheaper pie at Maddio's, you're generally limited to three ingredients (for Maddio's Monday) - and really the oven makes all the difference. 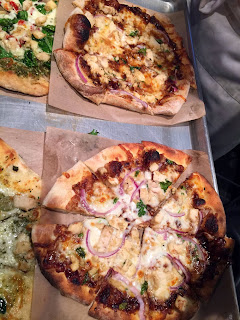 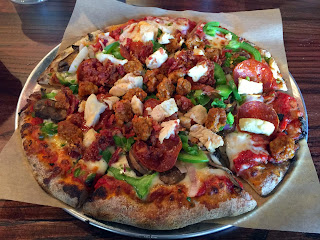 The pies come out crisp and delicious (provided you didn't put too much stuff on it) - if you're preference is a neapolitan pie, limit your ingredients and put some fresh herbs on there. Otherwise, load up and eat if with a fork. Also, make sure you order an Orpheus Brewing Transmigration of the Soul - it's superb and you'll thank me for that one. 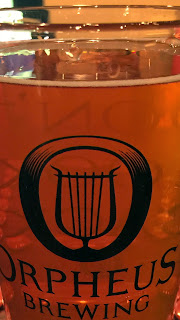 As a finale, order up some of the delicious gelato. Yeah Your Pie has all three of the food groups: pizza, beer and gelato. It doesn't get much better than this folks.