Mimi's Cafe is located at 1221 Ashford Crossing, Atlanta GA 30346 in the same live/dine complex anchored by Target. Also available are Taco Mac and Outback nearby or a string of smaller restaurants a block over. This area is one of my favorites due to the proximity to my old office and now to my new. 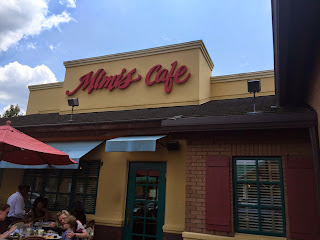 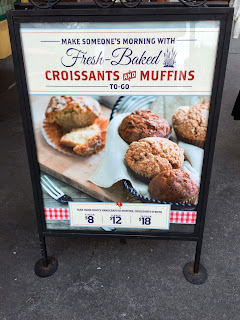 I've had several dinners and lunches at Mimi's and in general the experience has been mediocre to good. The servers here, when they care, can be exceptional. While the food isn't spectacular, it's filling and you can generally find something on the menu to make your own. Well, that's if you're visiting on a regular week-day or evening. 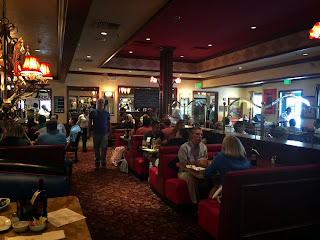 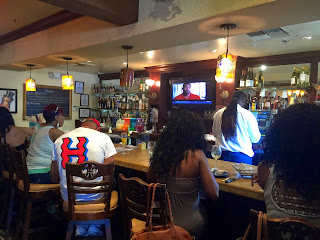 Now for Mimi's Cafe's darker side. This past Mother's Day we called two weeks in advance to acquire a reservation, knowing that the day would be busy - this was for a party of 8 at 1:00 PM. We thought that this would be a good compromise time after the initial brunch. The entire party arrived about a quarter to 1:00 and we were told that there was a wait of about 30 minutes. While this seemed a little excessive, we figured that the restaurant got a bit more of a crowd than usual and it still seemed worthwhile to wait. We added a couple of Bloody Marys from the bar and of course that made things a bit better - also someone came out with some spice cake for us to munch on while we waited. 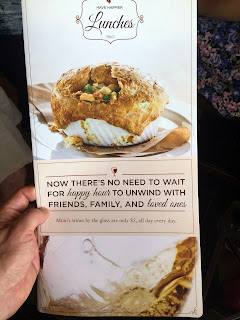 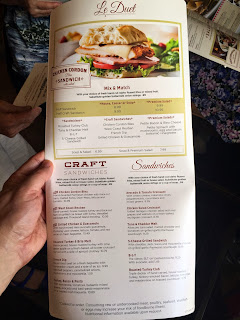 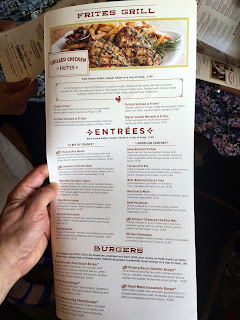 After about an hour, we were both getting impatient and very hungry, but we figured that by now everyplace nearby was probably just as packed - and indeed the sea of humanity had hardly subsided. There were still parties standing around everywhere, bleeding outside waiting for tables. We were informed that the previous group are sitting longer than usual. The staff were running around not knowing what to do about the crowds still waiting to be seated. We were told that we had the next table. 30 minutes later we were finally seated and greeted by a server, who started off very well until she found out it was the wrong table. 10 minutes later we finally got a server who managed to get our drink order to the table (pretty much all water). By now, approaching 3:00 PM we finally got our food order into the kitchen and the crowd had started to diminish.

A bread basket hit the table and disappeared before anyone could blink. The empty water glasses should have been a clue, but I think we became resigned to whatever would happen at this point. When the food started to arrive, about half the table was served and then the food runners seemed lost. 10 more minutes before the rest of the table was served - we ate quickly and asked for our check. Of course the muffins that came with the meal were never served - once this was pointed out we were given two boxes to take with us. 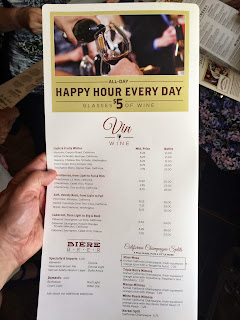 Surprisingly, our waiter was both charming, well informed and for the most part, very good. I think during a regular day and shift, he would be exceptional. I felt bad for the staff, but really felt worse for my family (most in-laws) as what should have been an exceptional day was made craptastic. Having had days like this in the past (I worked 10 years in restaurants), I know that some things are beyond your control - I certainly don't blame any of the staff. However, let an exceptionally low rating be a warning to this company for future, similar events. I think Mimi's would have been better served with a first-come, first-served policy on Mother's Day - I doubt if we were the only customers entirely dissatisfied with the experience. No one in our party will be coming back.