This location of Cafe Sunflower can be found at 5975 Roswell Rd NE, STE 353, Atlanta GA 30328 in the South-Eastern side of Roswell Rd and Hammond Dr. It's located in the inside of an elbow formed by the building in the lower lot, close to Ship and Anchor Pub. There's a second location that I know about in Buckhead with a similar menu. Cafe Sunflower makes up one of the anchor points to Atlanta vegetarians due to its great success and longevity. I've eaten at this location several times as I have several friends that are vegan or vegan+ 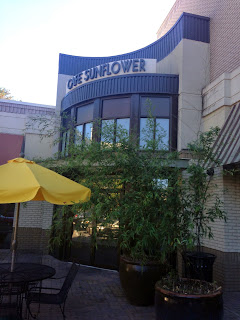 The interior is nicely decorated and well maintained - the restaurant seemed very clean had had just a touch of patchouli aroma (but that may have been the dirty hippies at the next table - actually I'm joking about the hippies but not about the scent - leftovers from prior diners, perhaps?). As with most vegetarian restaurants, there were a few hipsters scattered about the place, otherwise it was all locals. 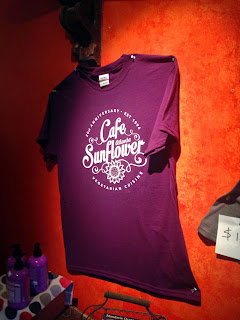 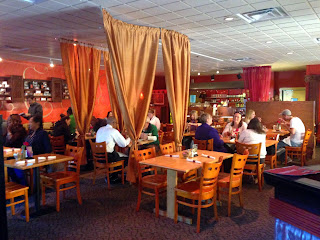 Specials can be found on a blackboard - I'll try the organic kale next time I think. The menu is fairly extensive with many options and different styles of cooking. I do like the use of tofu rather than some meat-flavored substitute. I've never understood why anyone would eat vegetarian and order something that tastes like chicken instead of chicken, but that's a subject to explore another day. 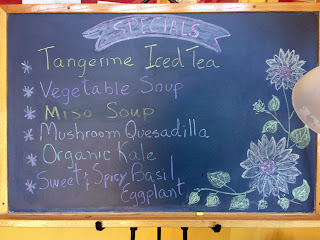 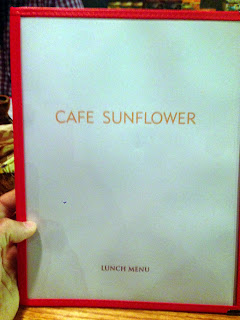 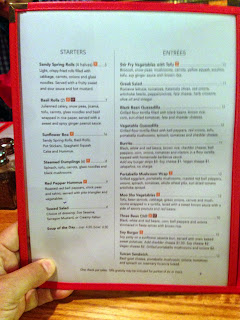 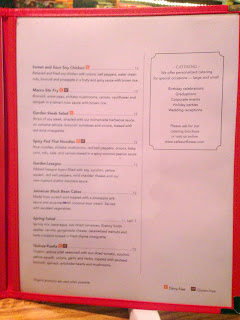 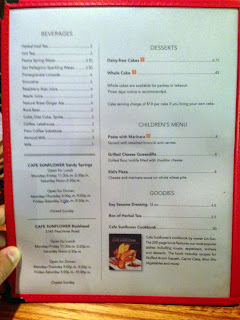 I'm no stranger to veggies and for the most part I think Sunflower does a good job, however I think there are much better vegetarian restaurants nearby. Please don't take this the wrong way, but for an established omnivore like myself, I want my veg-only meals to be a bit special - this usually translates into foods that are heavily seasoned and probably why I'm so fond of Asian and Indian cuisine. Alas, for the most part my vegetarian friends like this place so I'm sure I'll visit again - heck those guys put up with my explorations into heavy-meat-content restaurants so I'm willing to make concessions.

First a bit about my own eating habits. You would think that as a former professional cook I would make fancy meals at home - in reality I cook very simply, making most of our meals using the grill for meats and the occasional veggie, and simple steamed vegetables as an accompaniment. I use almost no salt at home favoring fresh ground black pepper, spices and herbs. So when I eat at restaurants, I gravitate towards very strong flavors and spices, especially when eating vegetarian. For the most part, when I eat at vegan or vegetarian restaurants I look for the spicier items on the menu - and for some reason everything I order at Cafe Sunflower tastes bland. I don't know if it's a failing of my expectations or if I'm being unreasonable, but with the exception of the salads the food here tastes very under-seasoned. Give me a nice veggie biryani any day over this stuff or a hot veggie vindaloo.

As I've already mentioned, I've eaten at this location several times. Most recently, I had the veggie stir-fry with tofu on brown rice. It was filling if nothing else. 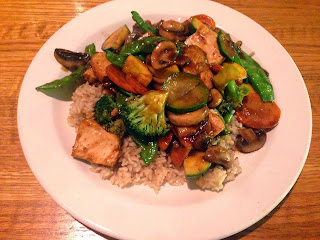 My dining companion ordered the veggie chili (which was offered up for a taste) - even this dish seemed vapid. 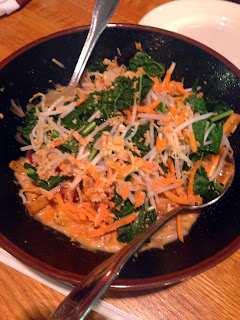 Perhaps the next time I order I'll specifically ask for the food "extra spicy" - not sure if they'll make it thus, but it's worth a try.

Service was very good and the lunch crowd was busy. I think this is a good meeting location as it's fairly laid-back.