Athens Pizza House is located at 1341 Clairmont Rd, Decatur GA 30033 on the Northern side of Decatur near Emory but before you get to North Druid Hills heading north. It's in a shopping center across from Publix - there are other good restaurants in the area like Community BBQ and Bojanic. 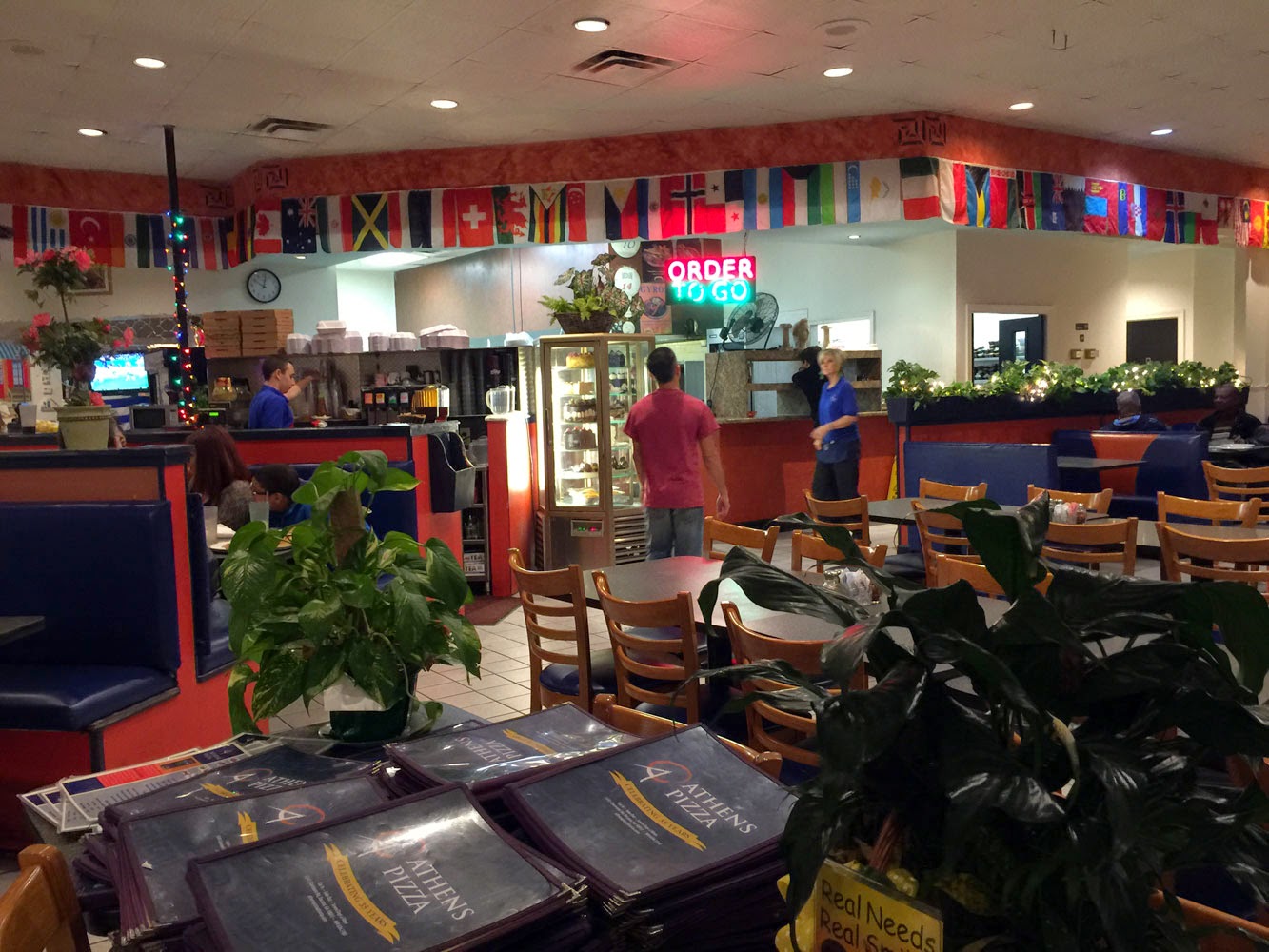 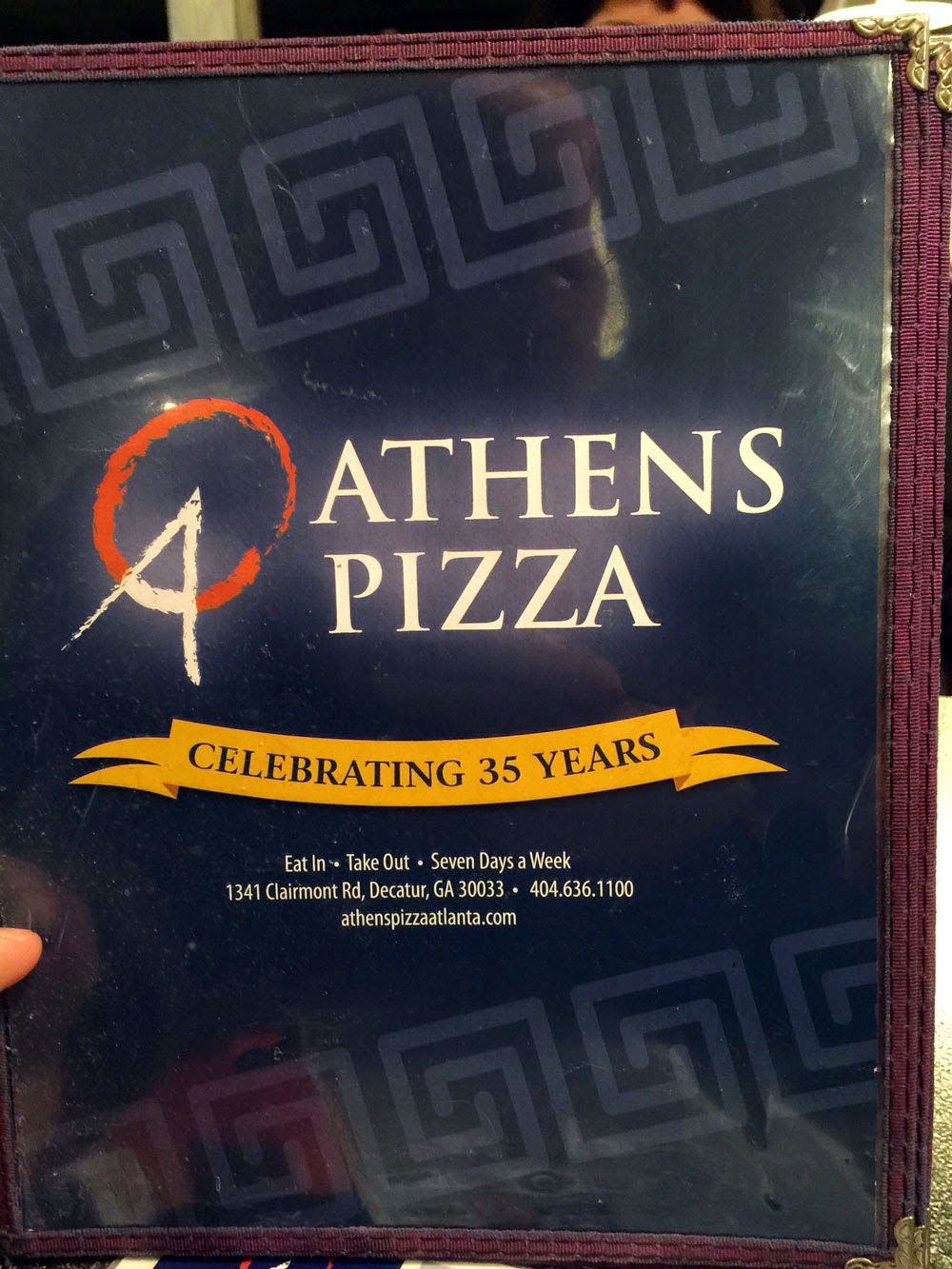 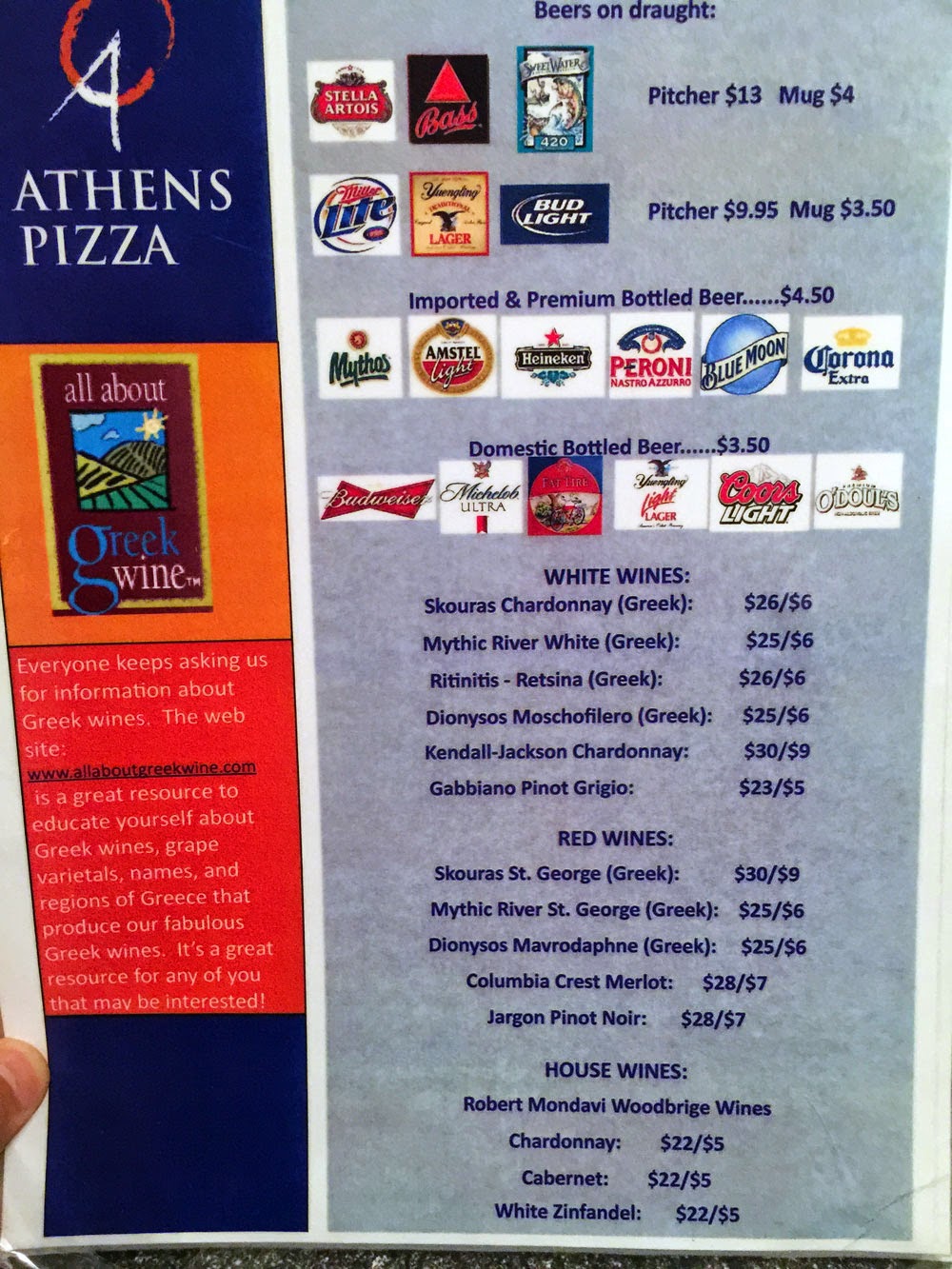 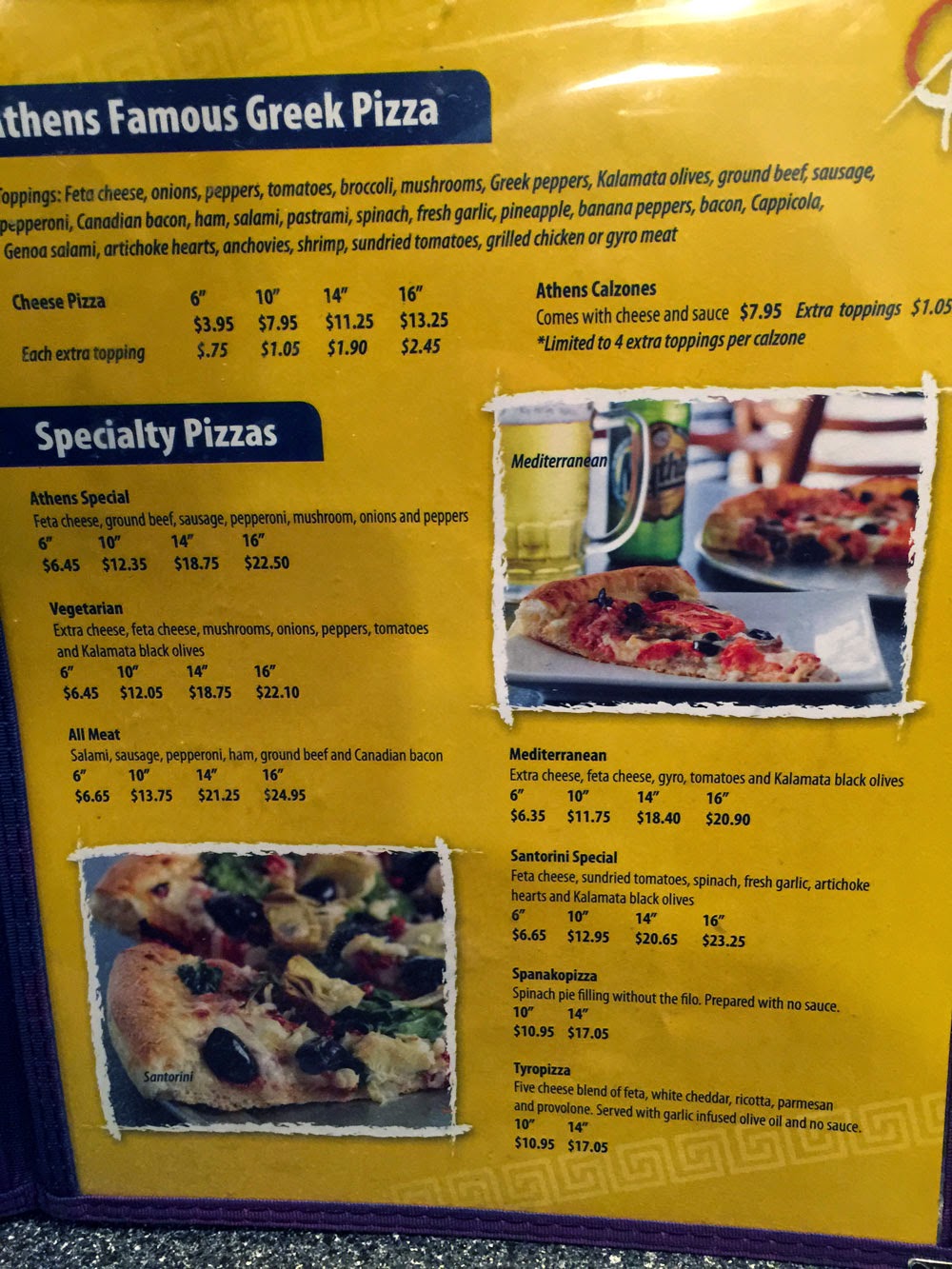 Most recently we split a small Greek salad and went for 1/2 Athens Special and 1/2 Santorini. The Santorini has very strong flavors (a bit salty so keep that in mind) so mixing in the veggie moderates the overall experience. We also like to do half-Veggie special and half-Santorini. If you're in a group it's actually a bit cheaper to get separate pies rather than splits as recently they've changed their pricing (splits start with a cheese the up charge for the two halves. They used to just charge for the more expensive pie - the change in pricing adds a couple of bucks). 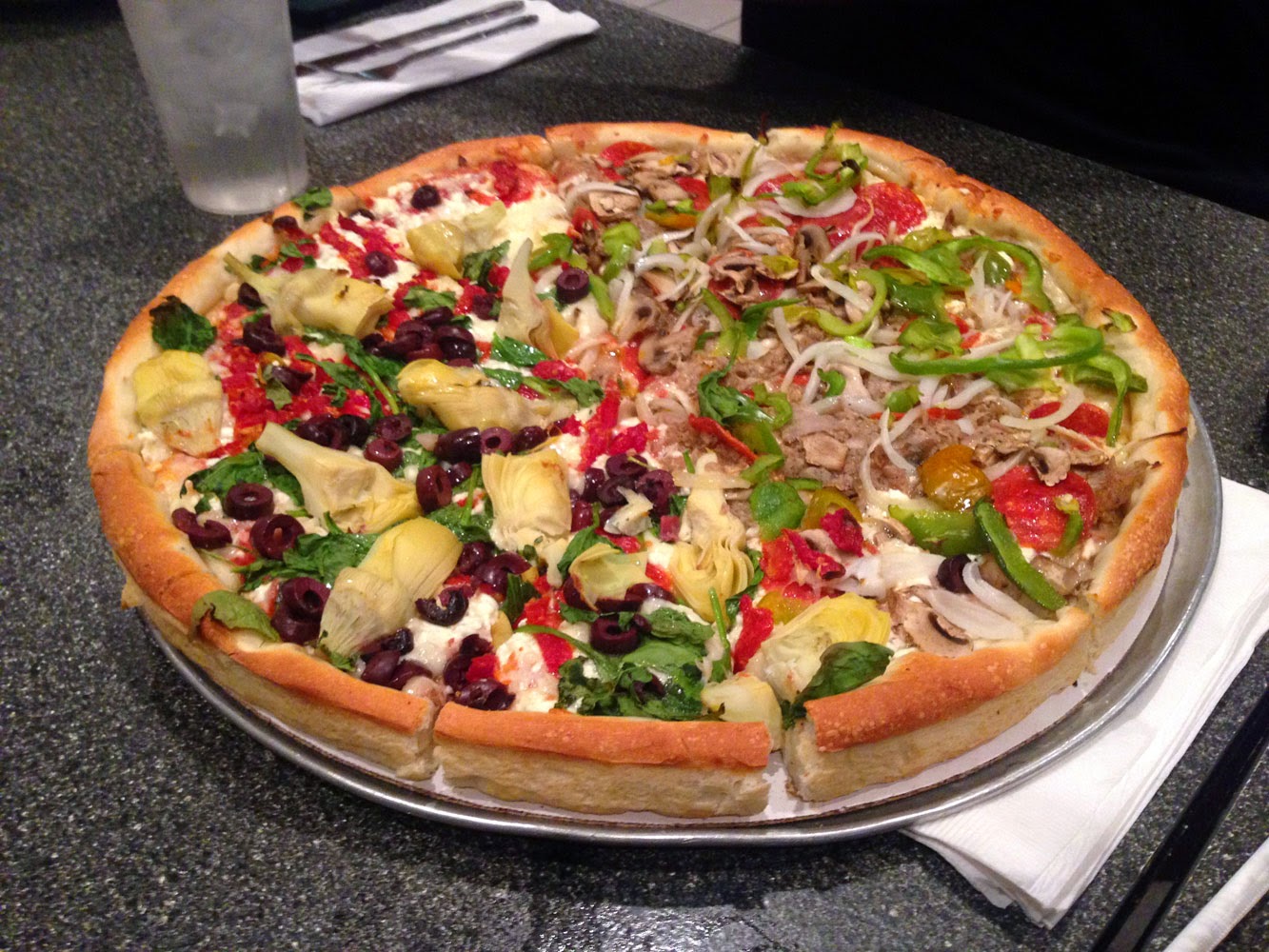 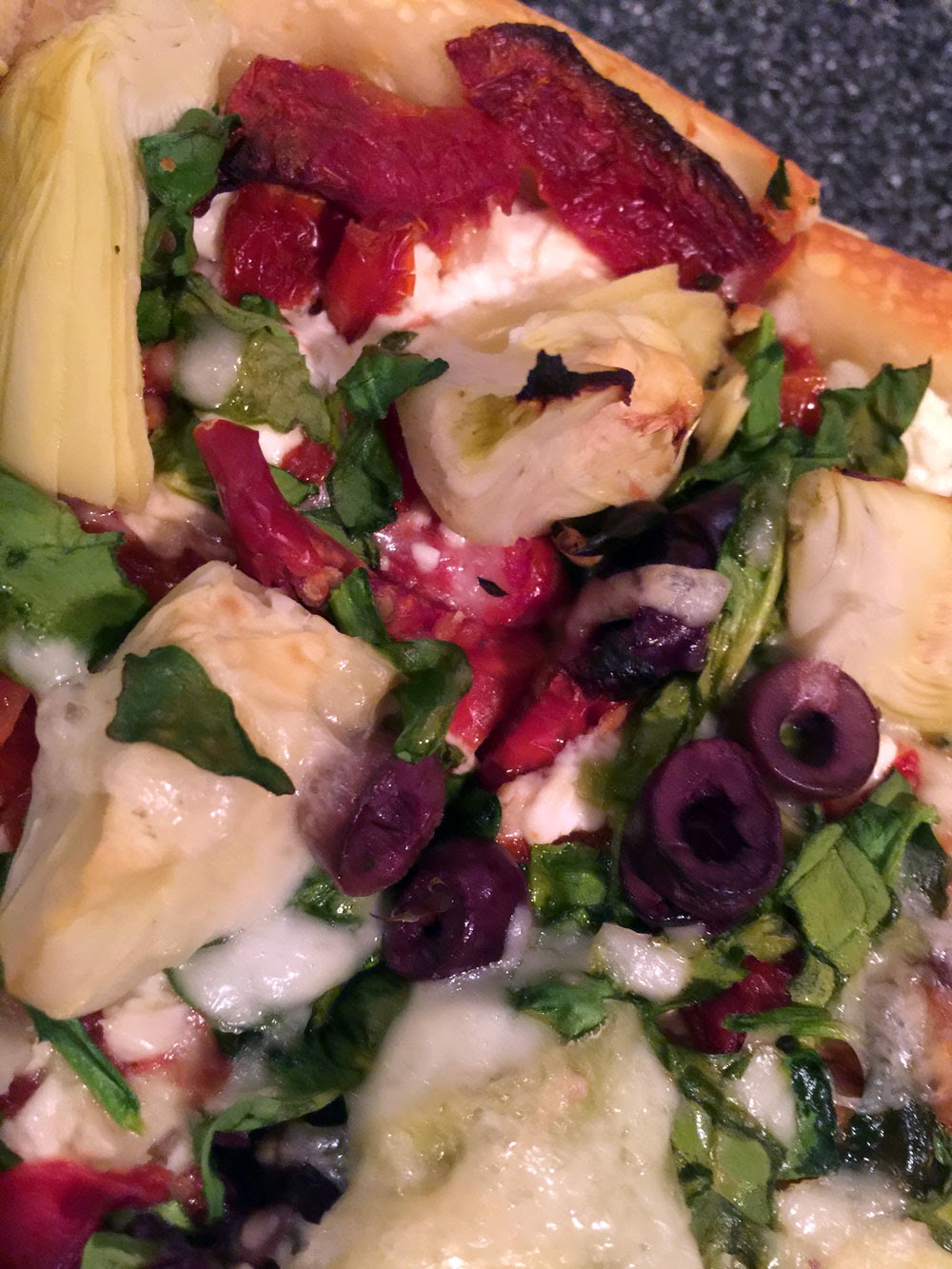 The pizza was exceptional - crisp crust and think layers of toppings. I'd like to talk a bit about the difference in Greek pizza over what we think of as traditional "Italian" style pizza (those neopolitan pizza's with super thin crusts or the thick Chicago-style offerings). Greek pizza is usually made in a pan using a lighter dough - this makes the overall mouth feel different - a bit like light bread. These pizzas usually have tons of thin-sliced toppings and feature ingredients with stronger flavors, like sun-dried tomatoes, salty kalamata olives and feta cheese. The combination is heavenly and Athens does a great job. 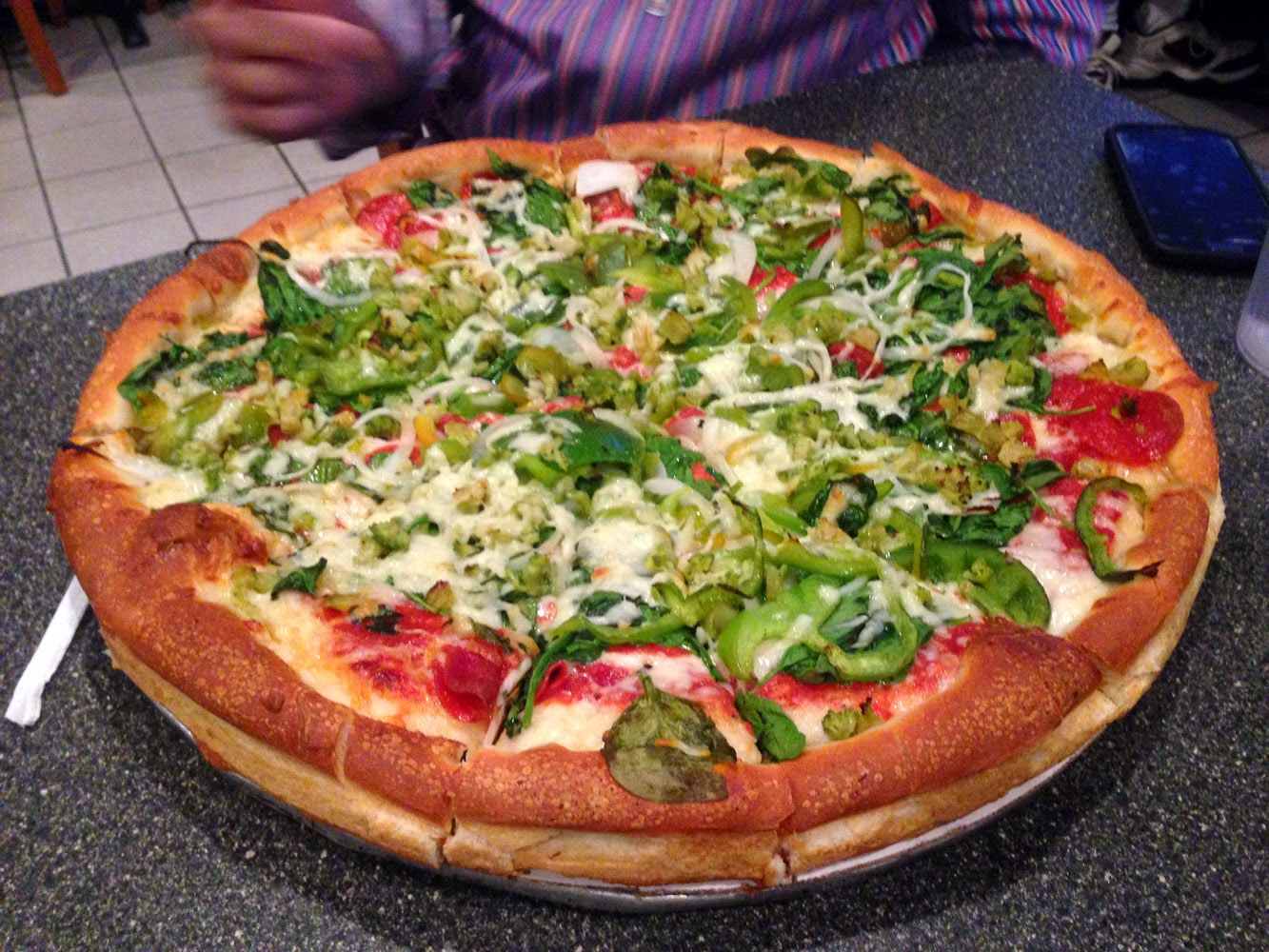 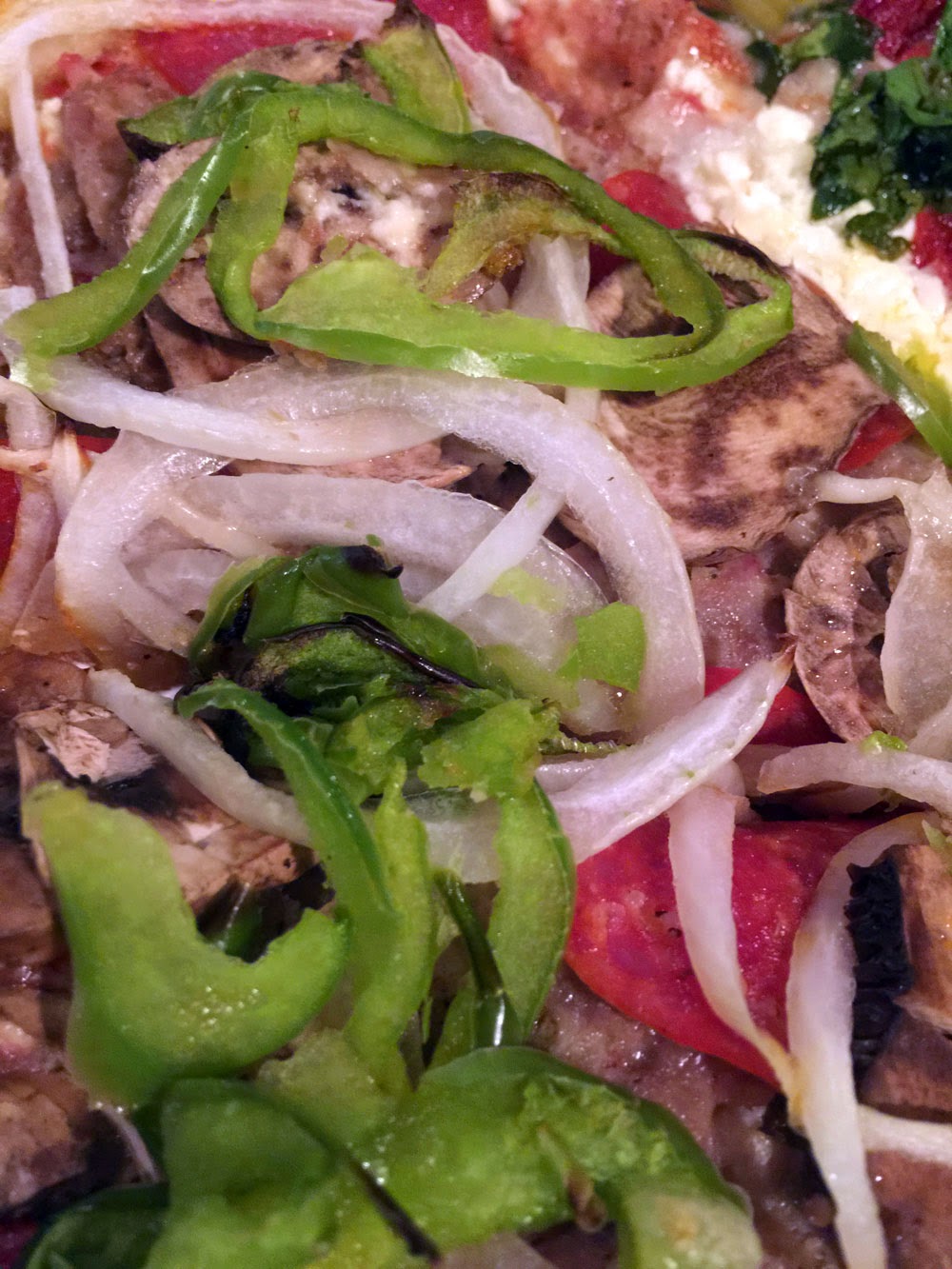 Over the years their salads have improved over the prior iceberg lettuce offering - they now mix in some Romain. The salad flavors are typical of Greek pizza joints - very classic oil and vinegar with feta, red onion, ripe tomatoes and Greek olives. This is one of those foods if done right bring back the serendipity of first having such as a kid. Athens certainly brings back the nostalgia. Athens has also replied to changes in what people like in beer, offering Sweetwater 420 on draft which I don't mind at all. 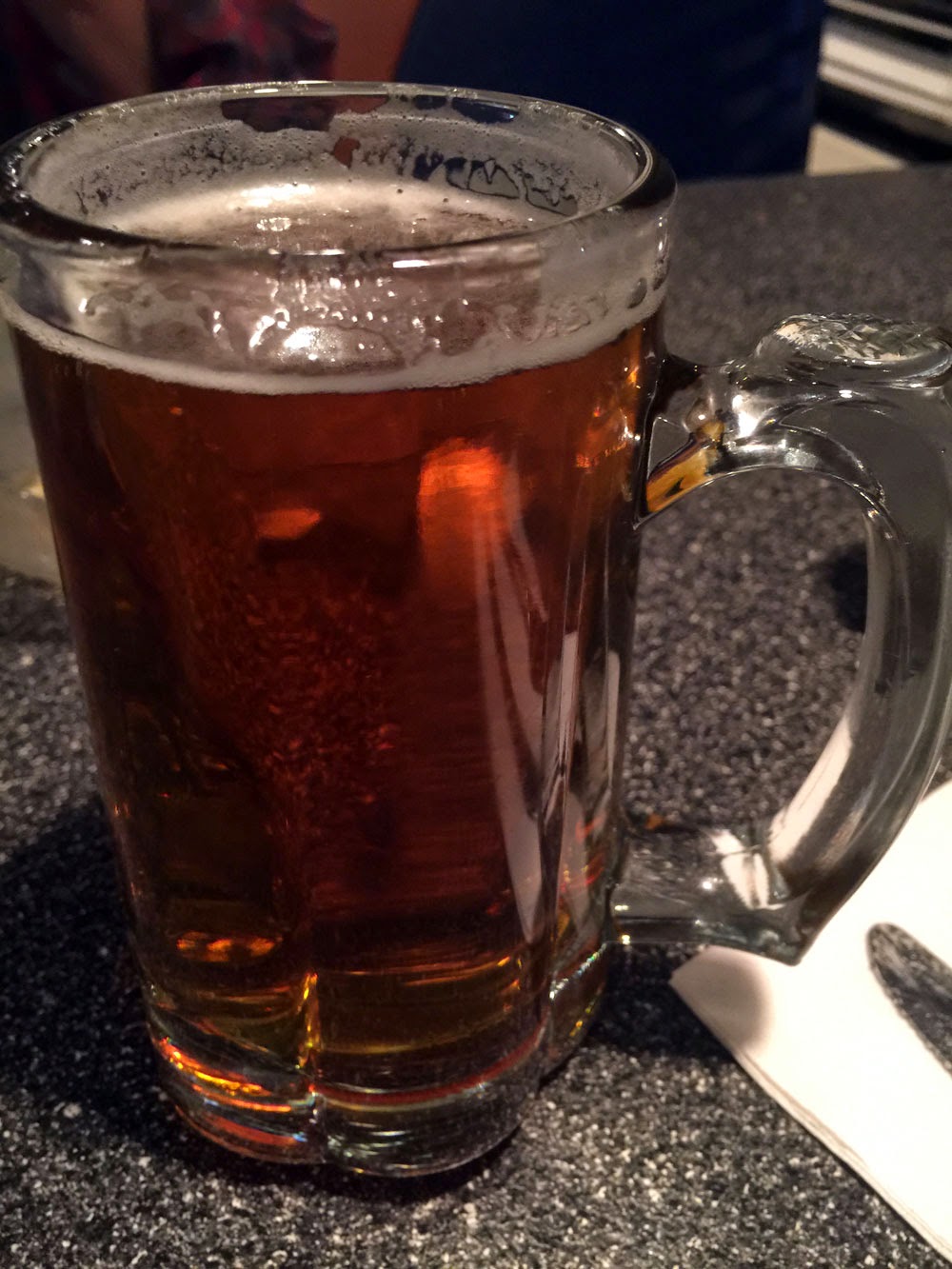 If you have room, Athens also offers slices of those gigantic cakes you see in Greek diners - there are also occasionally specialty desserts like chocolate rats (you have to see these to understand) and their baklava is well made, with real honey instead of that sickly sweet corn-syrup stuff you find elsewhere. 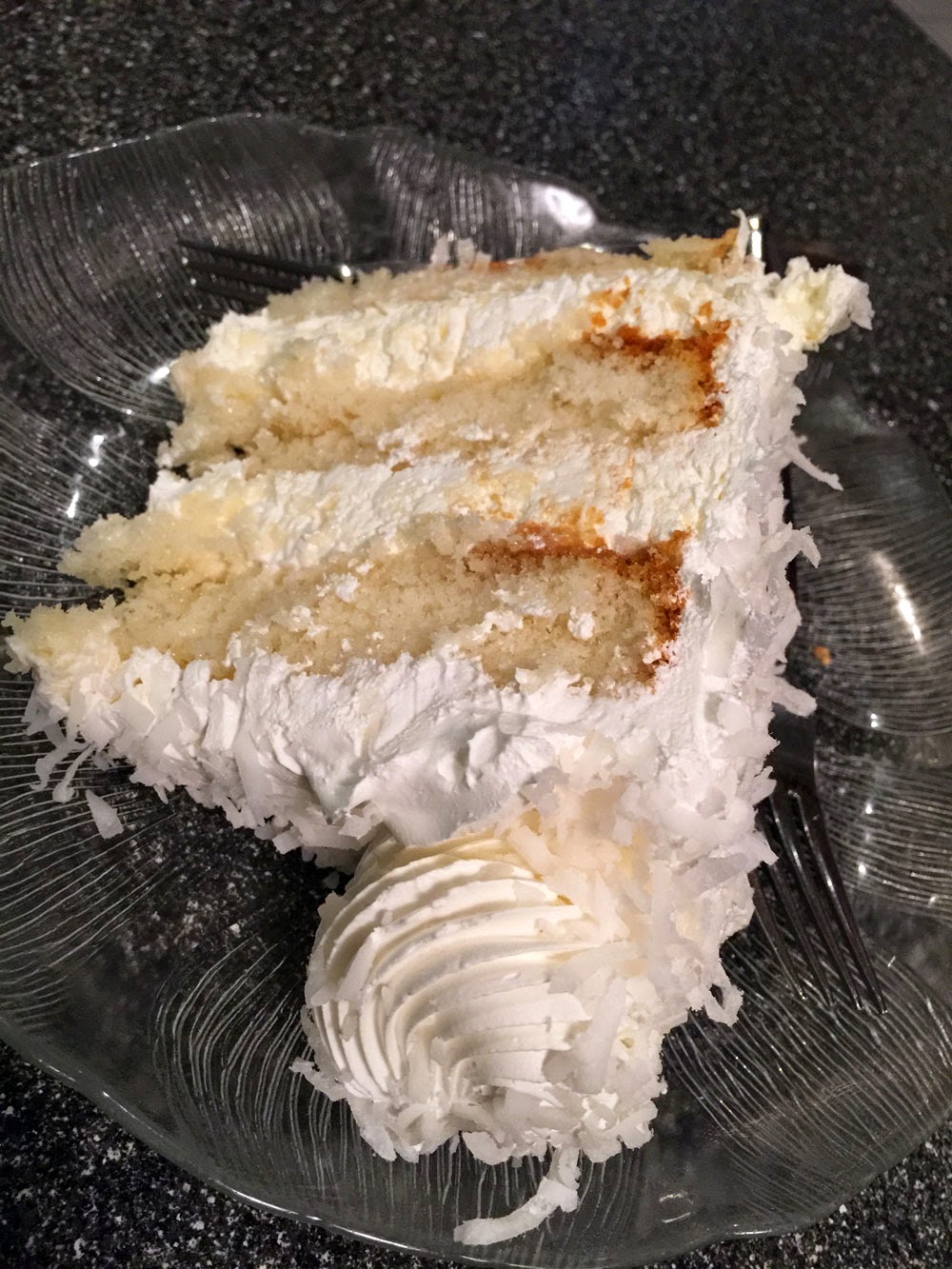 The last time I reviewed, I would have given them 4 stars - call this a 3.5. The service and food were good, however getting at the restaurant at 9:15 (45 minutes before they closed at 10 PM) wasn't a great experience. I can understand that the staff wants to leave - however with a couple of still seated tables you would think they wouldn't make so much noise and turn up the ugly lights, especially in today's economy? Starting about 9:30 we noticed a strong smell of citrus cleaning solvents and the music in the kitchen was cranked up so loud it drowned out the dining music. Combine those two with the bright lights at 9:45 and we did indeed want to get the fuck out of there, so I guess their desire had the correct results. We actually thought about discontinuing as patrons at that point, but gave it another go.

I'm happy to say that the last two times we went to Athens, the experience was much better, as they seem to have their act more together. The new pricing for the half-half pies is a bit disturbing but I can live with the extra bucks. Service is always good and the food is always exceptional.