Another Broken Egg Cafe is located at 4745 Ashford Dunwoody Rd, Atlanta GA 30338 in the same strip mall as Walmart but on the Western-most end. Some may remember the Border's Book Store that was the anchor on that end (now long gone). 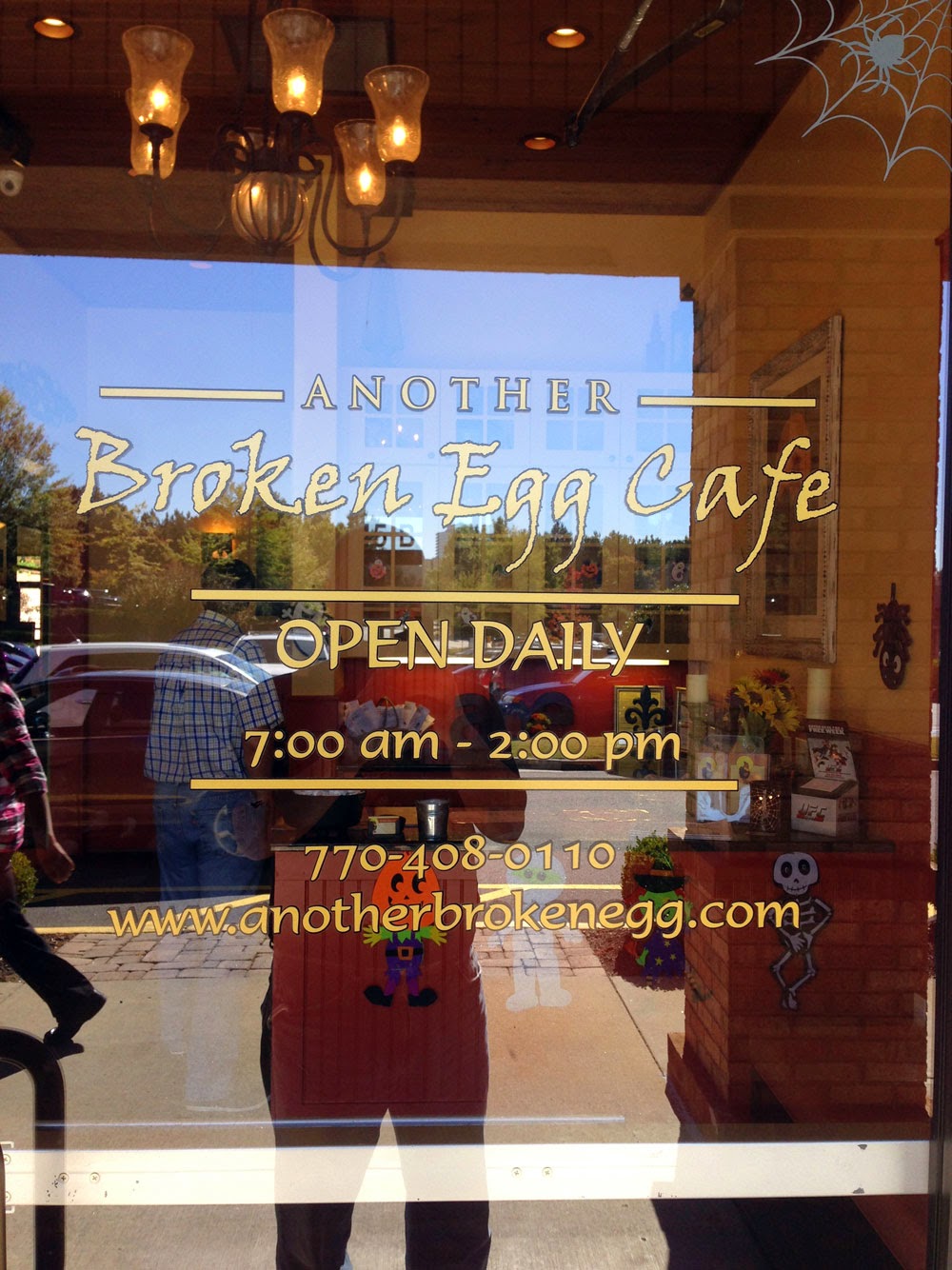 I had the change of eating at ABEC with my usual lunch gang - one who is a vegetarian from India who also eats eggs - I try to accommodate him with the occasional breakfast place so he can get more than a couple of veggie sides. This place seemed to food-the-bill, so to speak. 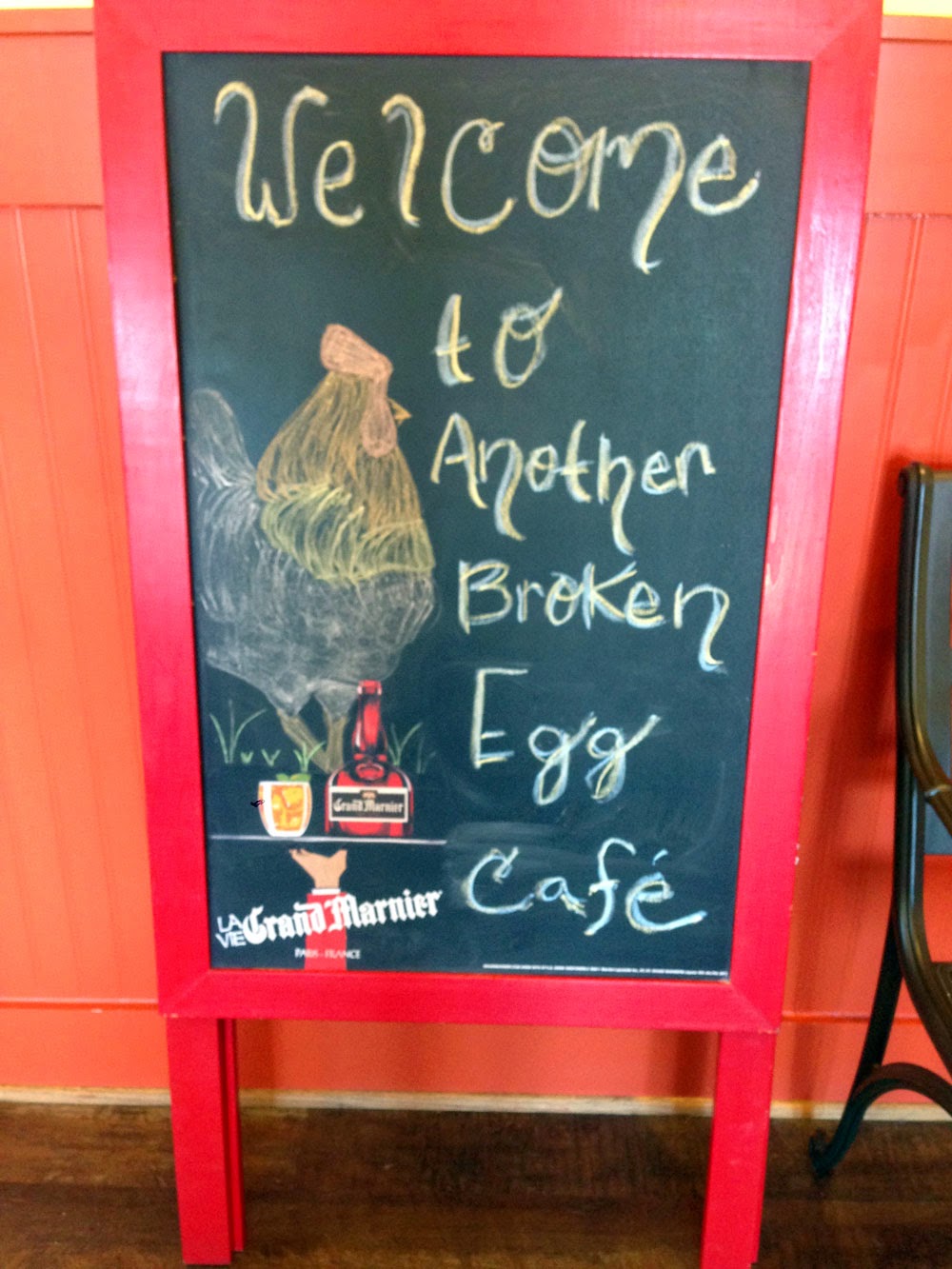 I believe Broken Egg is known more for its breakfast food rather than sandwiches, but on this occasion we all bought the latter instead of the former, so please take my review with this in mind. We arrived about 11:30 during a weekday - there wasn't anyone to greet us initially so I got a chance to look around and take a few snaps. It's an interesting restaurant with plenty of farm/country/chicken/egg themes with wood-appearing floors. The colors are bright, predominately yellows with splashes of red and milk-wash. There's a counter to one side, I'm guessing for diners to wait to be seated or perhaps for a quick bite or espresso. There were two tables seated and this doubled while we ate - about a half-dozen filled when we left at 12:30 so not a real busy restaurant for lunch. 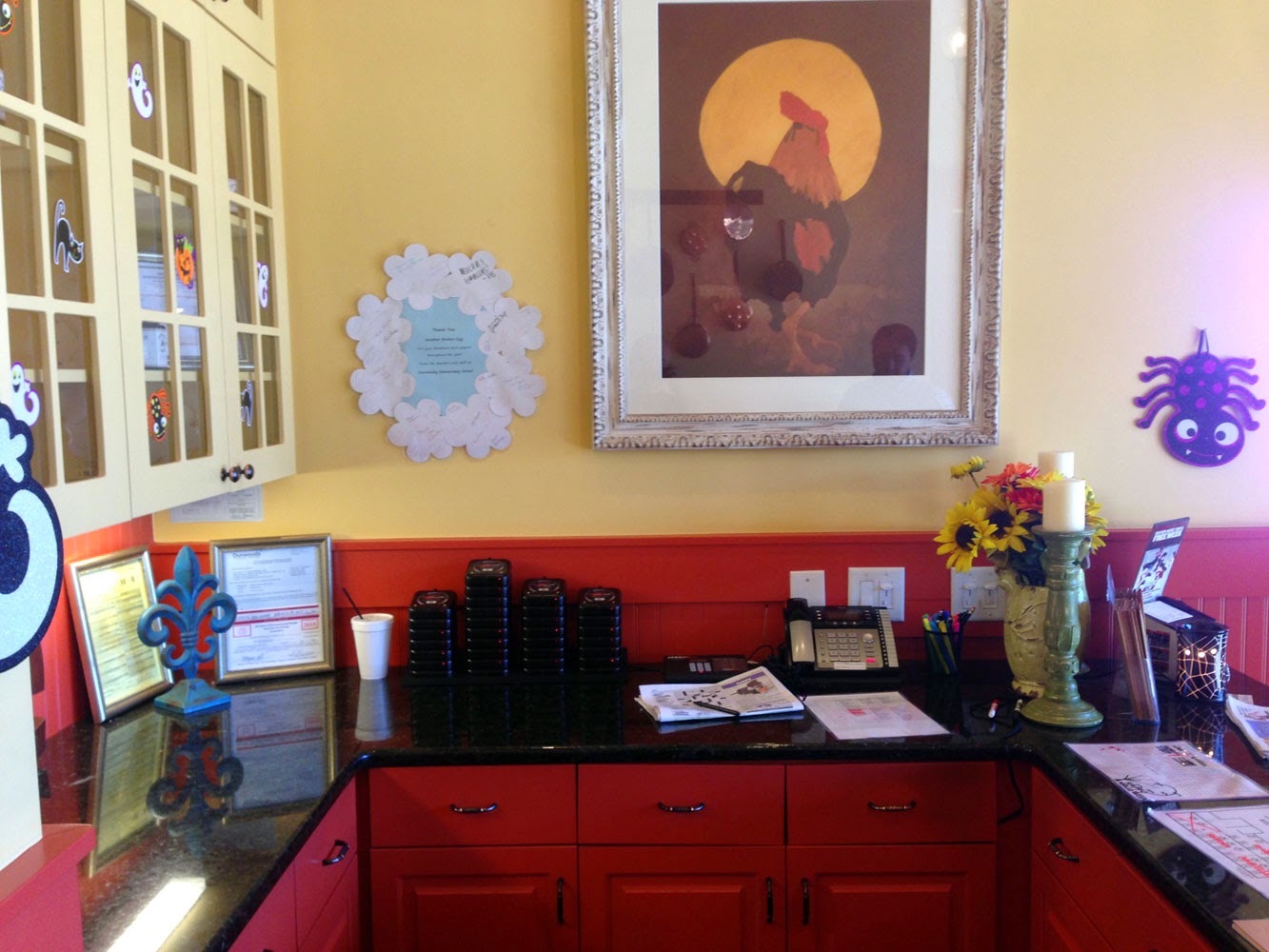 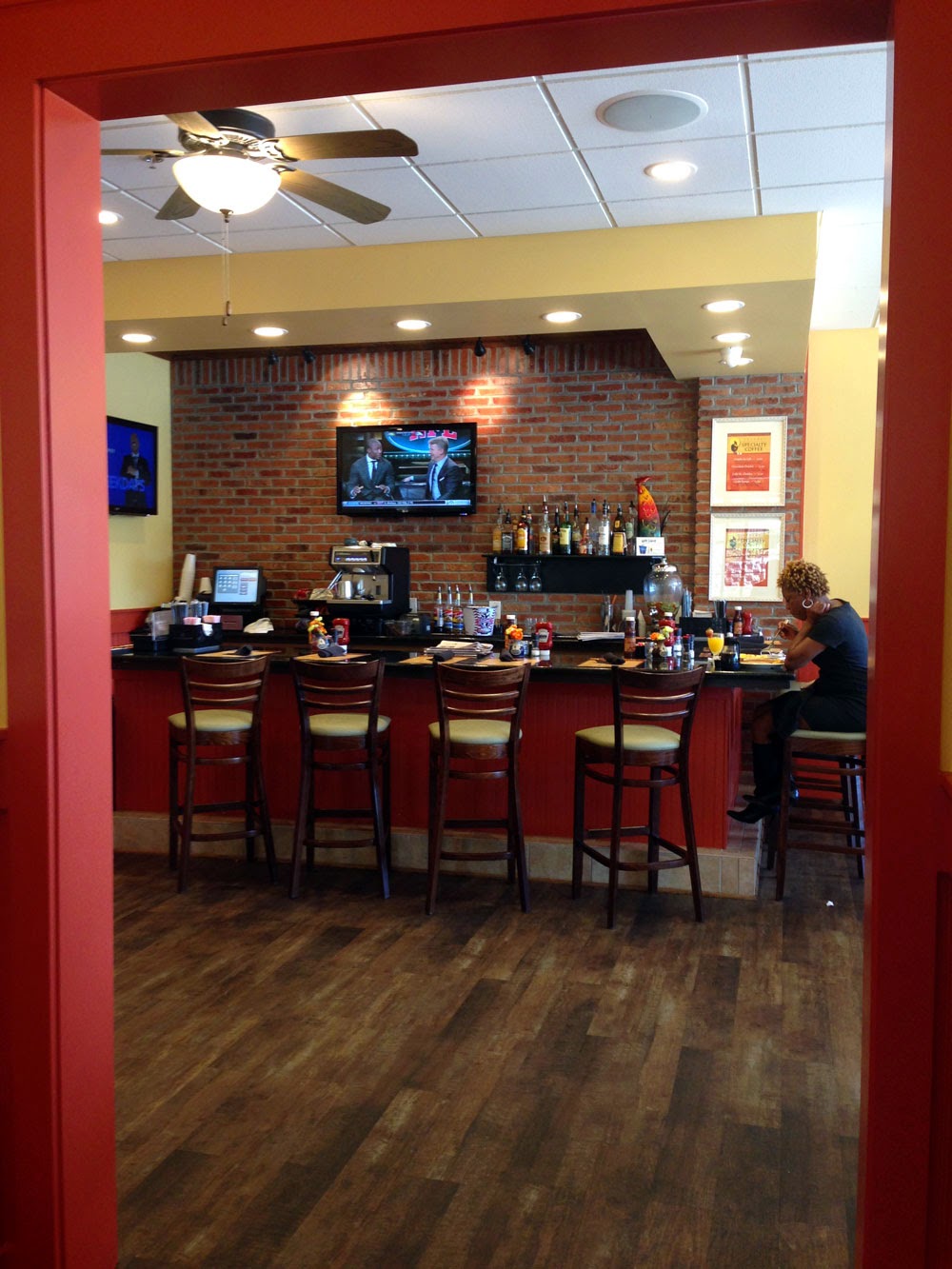 The menu is mostly breakfast and featuring, you guessed it, egg, scrambles and egg combinations. The omelets (Egg-straordinary Omelettes) looked particularly interesting but of course, we decided to go a different route and try the sandwiches. I spotted a few sea food options and the usual salads. I'm not exactly sure how sustainable an egg-themed restaurant is conceptually but if it's in the right location I can see it doing well - however this location doesn't strike me as being the best for something like this (it's a little to inconvenient to get in-and-out of and you can't really get in-your-face on branding). 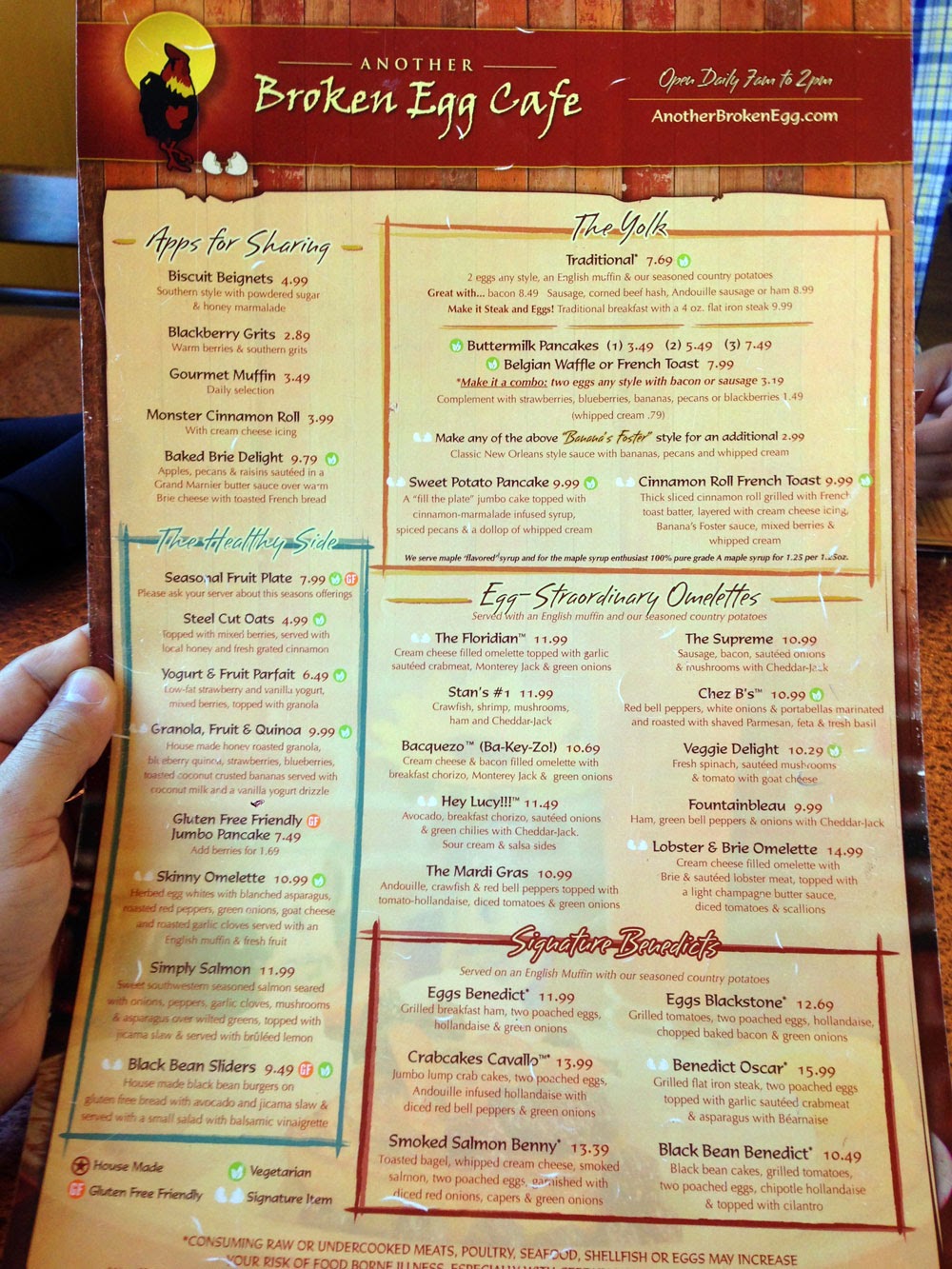 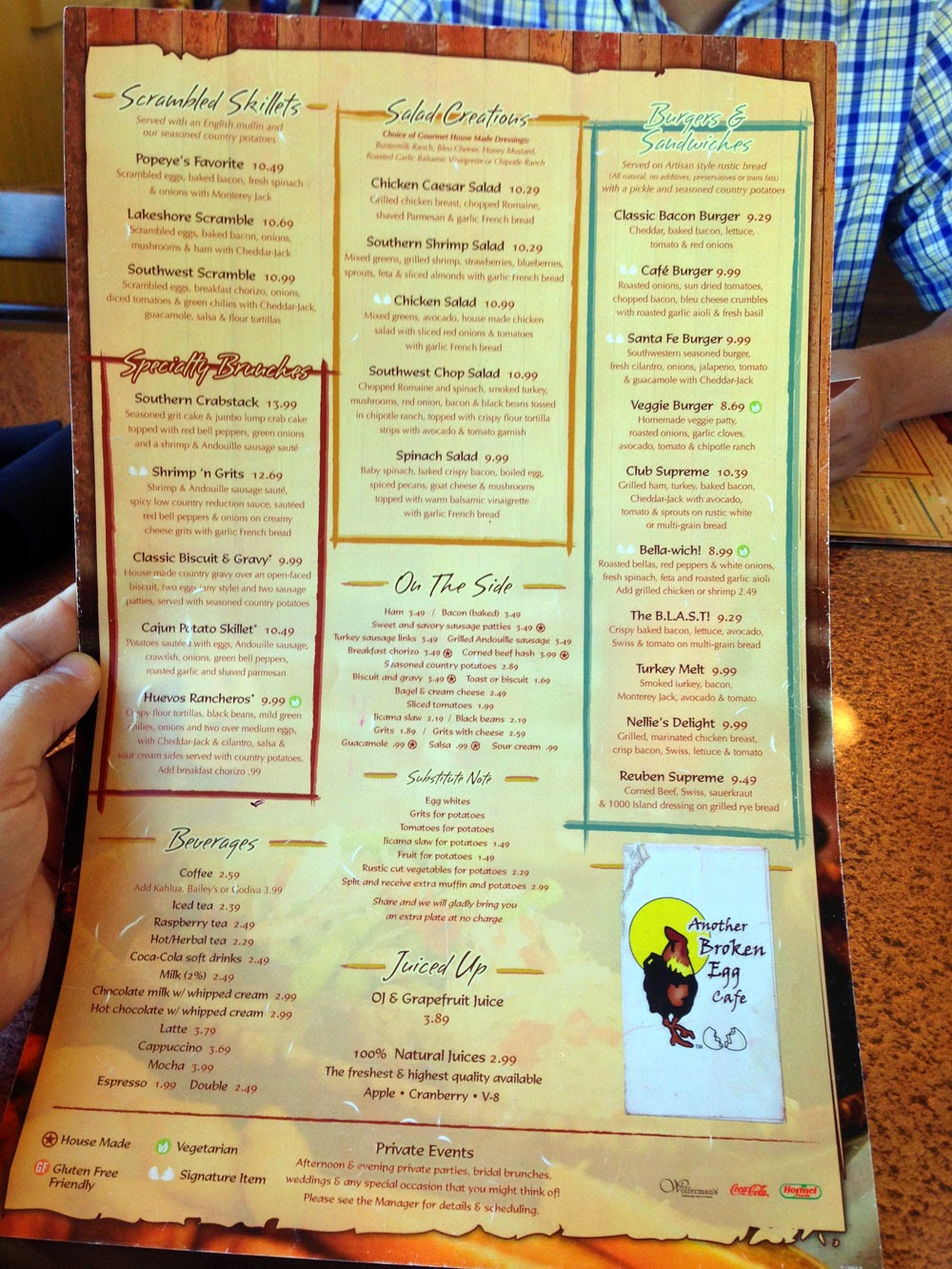 Sid ordered the veggie burger (looks like black bean) with a side of homefries. He said it was good but from looking at the sandwich the burger looked a little undercooked - he still ate it. 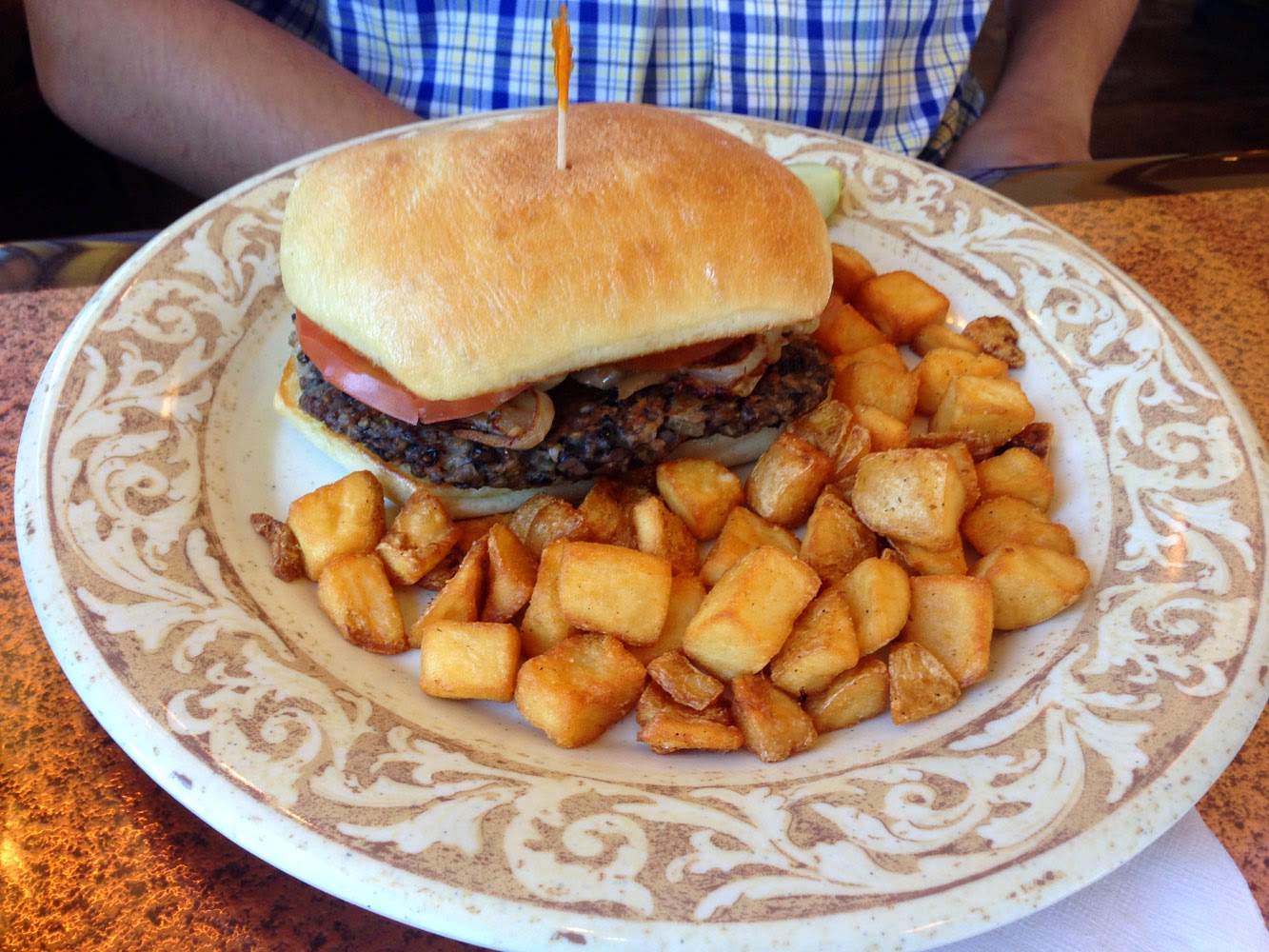 Both Sangam and myself got the Turkey Burger - mine with a side-salad and his with fries. I thought it was good but nothing exceptional. The pricing seemed a little on the high side but still affordable. 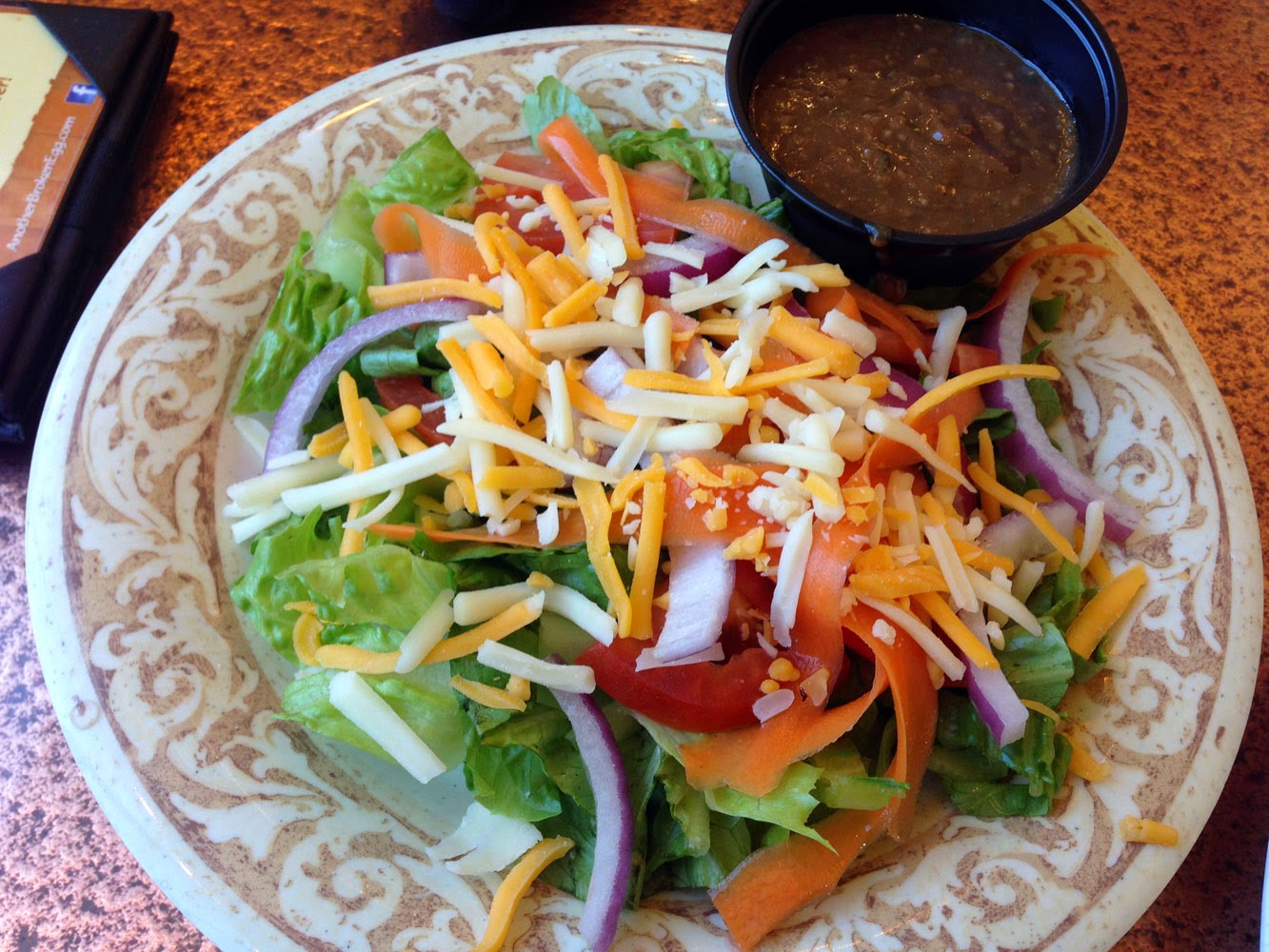 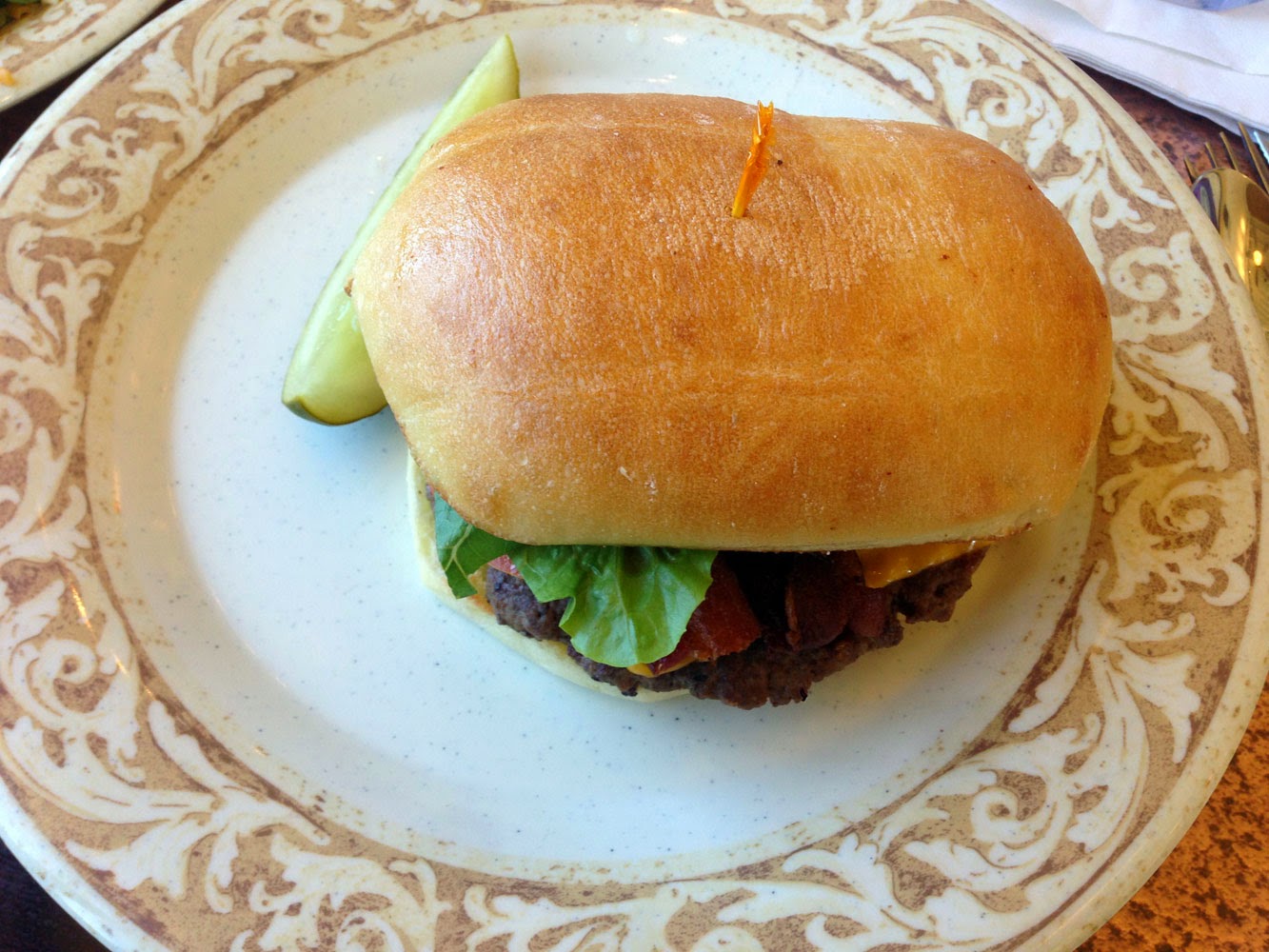 Service was a bit spotty - it looked like a single server was handling about a half-dozen tables. In general the experience was good but nothing to write home about. I'll update after we try a second time.