Barrelhouse - a Gastropub in Midtown Atlanta

(shorter review posted to Yelp)
The Barrelhouse is located at 22 5th St N W, Ste B, Atlanta, GA 30308 near the Eastern side of the Georgia Tech campus (near the hotel and in the same block as the gigantic Barnes and Nobel Book Store). I love that you can shop for books while drinking a nice Starbucks Americano (vente with two extra shots for me!) while doing some research or attending a meeting, then end up at a beer-and-burger joint to wind down the night!

I've had occasion to visit the Barrelhouse several times this past year - usually after TAG meetings or other technology meetups (often hosted at the Synergy building at 75 5th St) - this is a great location for after-meeting beers and food. I'll admit to mostly enjoying the beer and the social aspect, but of the food I've tried here (mostly apps like the Dr Pepper wings - try those for something different!), I've got nothing but great comments. The other reason to try Barrelhouse is the great service, especially when you sit at the bar. 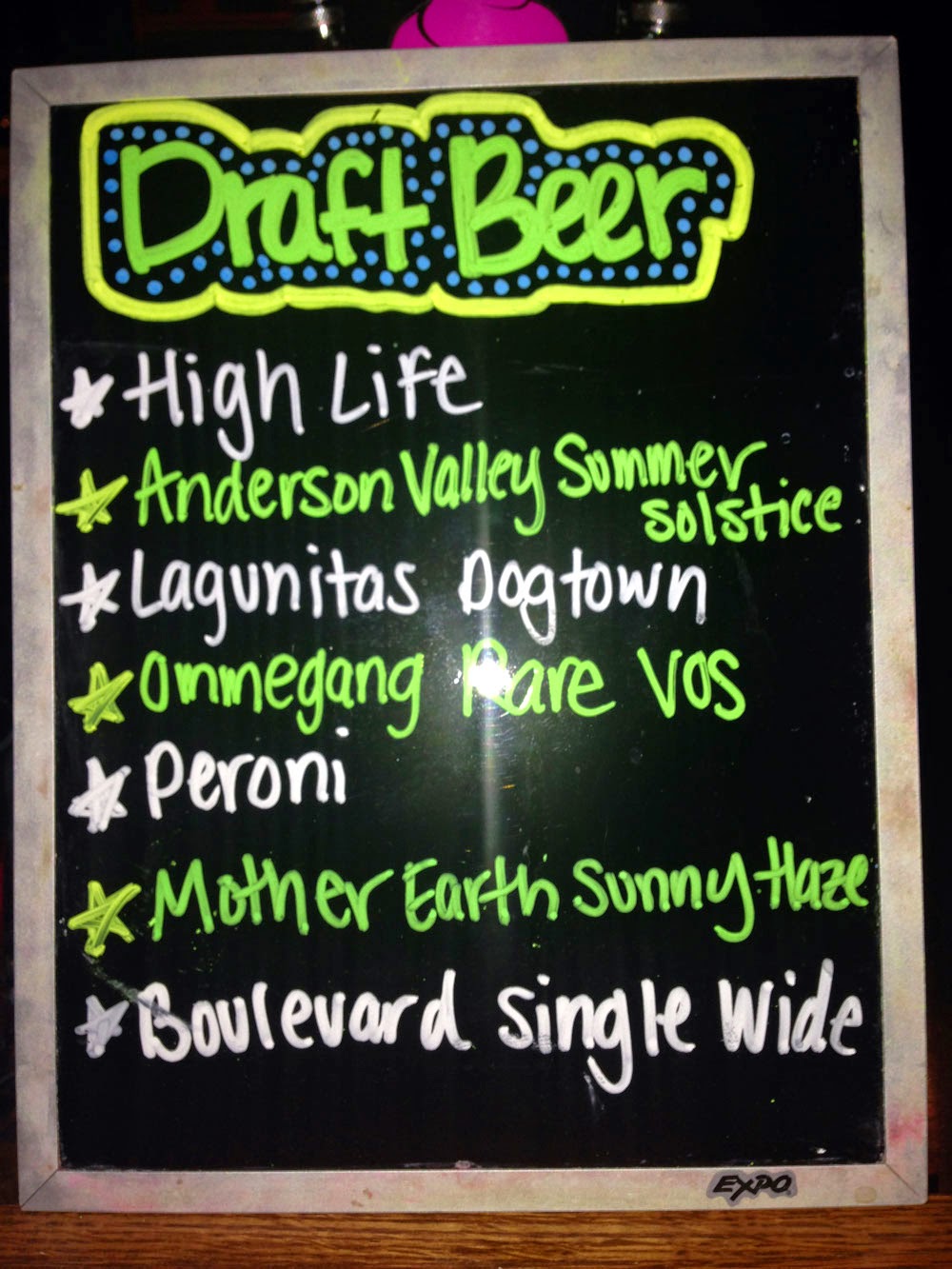 I've been enjoying the Lagunitas Dogtown IPA - this California pale ale has really captured the essence of a good IPA and I recommend it highly. Another to try is the Boulevard Single Wide IPA - I rate it as good if just slightly different from the Lagunitas Dogtown and if you're an IPA fan like me, you'll get by just fine with either. 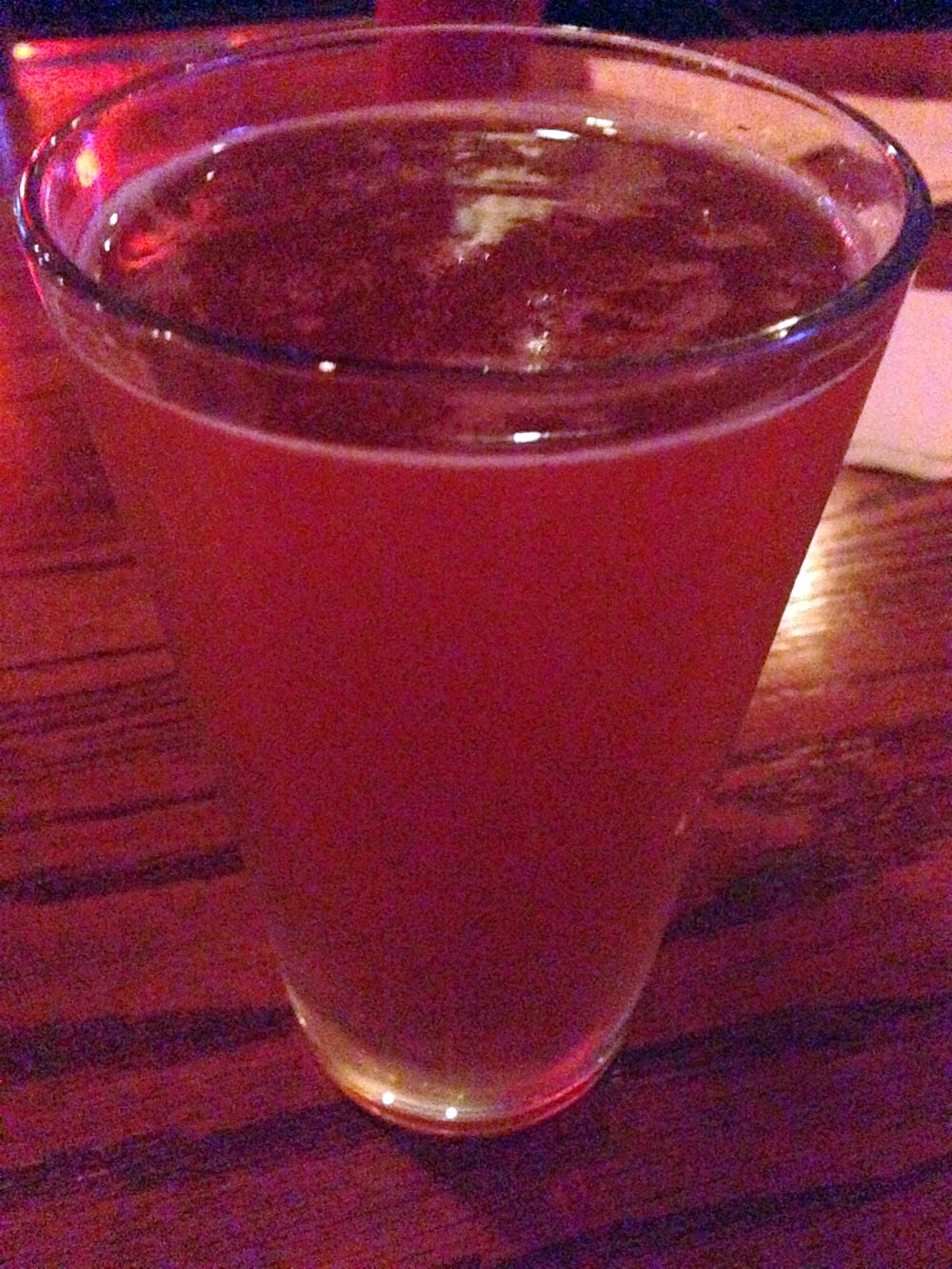 Fired Pickle Chips, Fried Green Beans, Chipotle Pimento, Sweet Potato Fries and the wings (a couple of varieties). All were good pubish items, mostly fried and swell accompaniments to the various beer selection. I've found that just about anything that isn't sweet goes well with the IPAs. As already mentioned, try the Dr Pepper wings - there's something special and different that you won't find anywhere else. 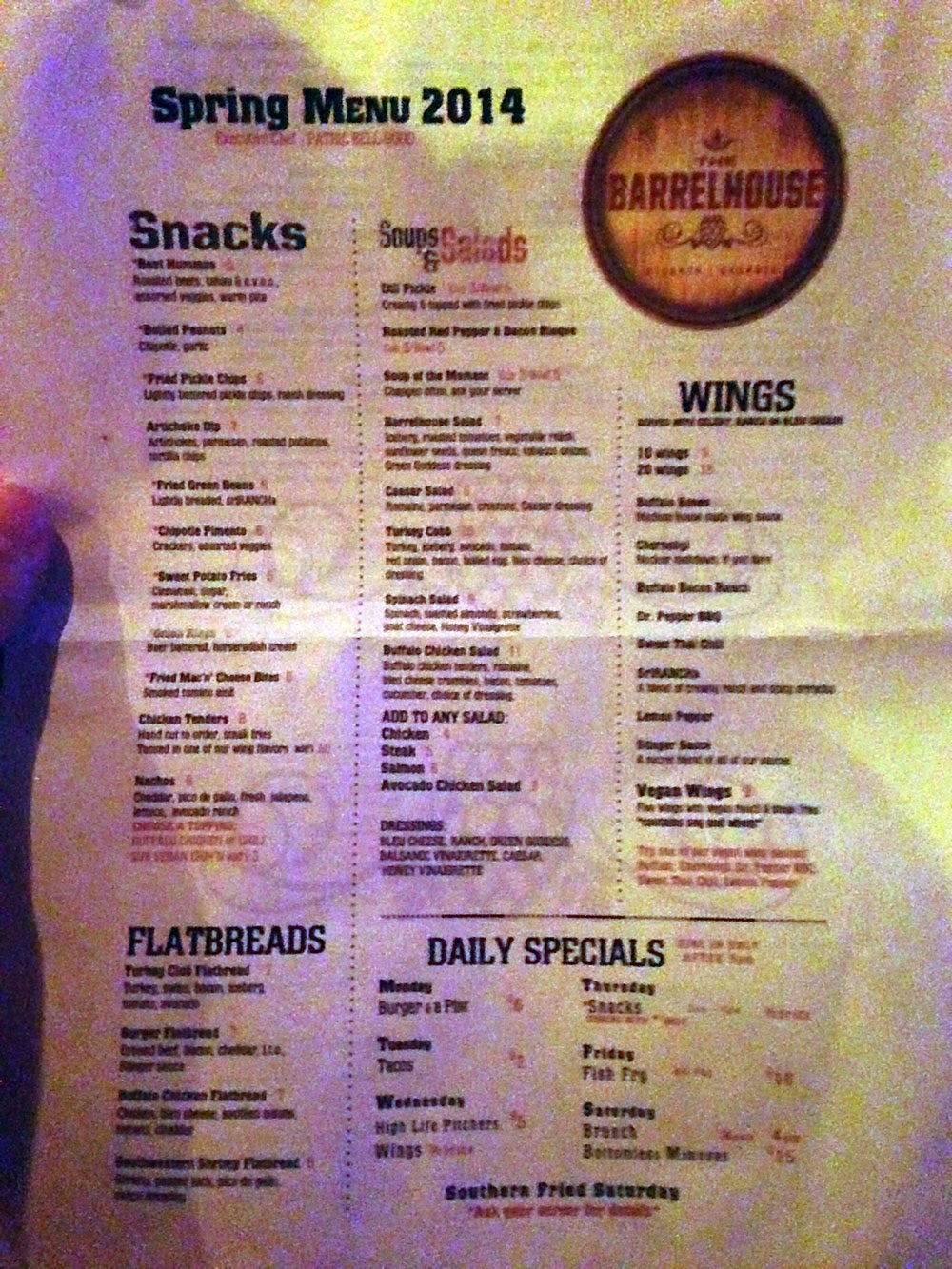 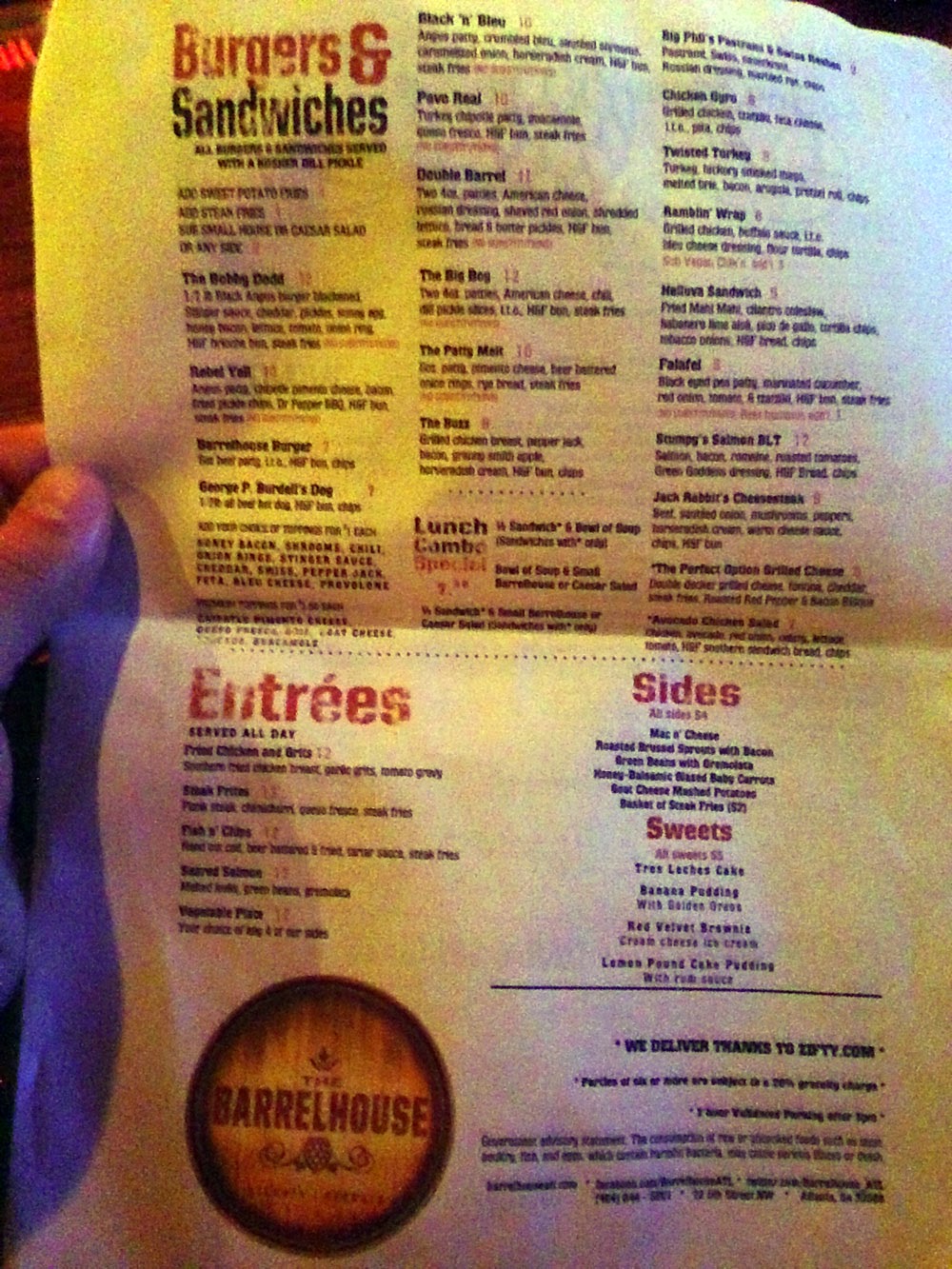 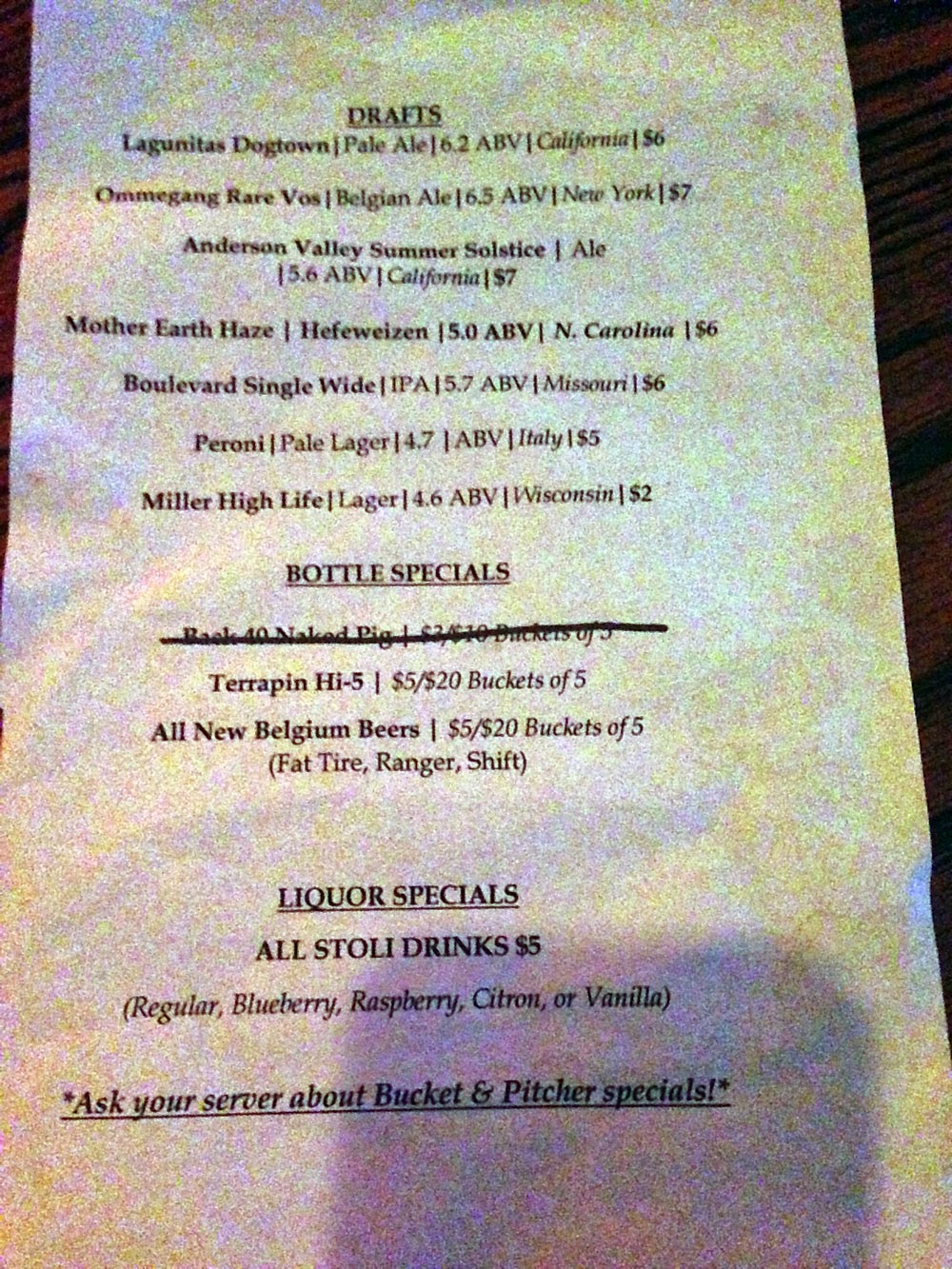 As an entry, there's really only one thing to order here - the Bobby Dodd burger! This gigantic burger will surely please any burger lover especially if you like them loaded. This is a feast of a sandwich will many over-powering flavors, fighting each other like those players on the field beloved by it's namesake. I do also love the slab fries and the onion ring! 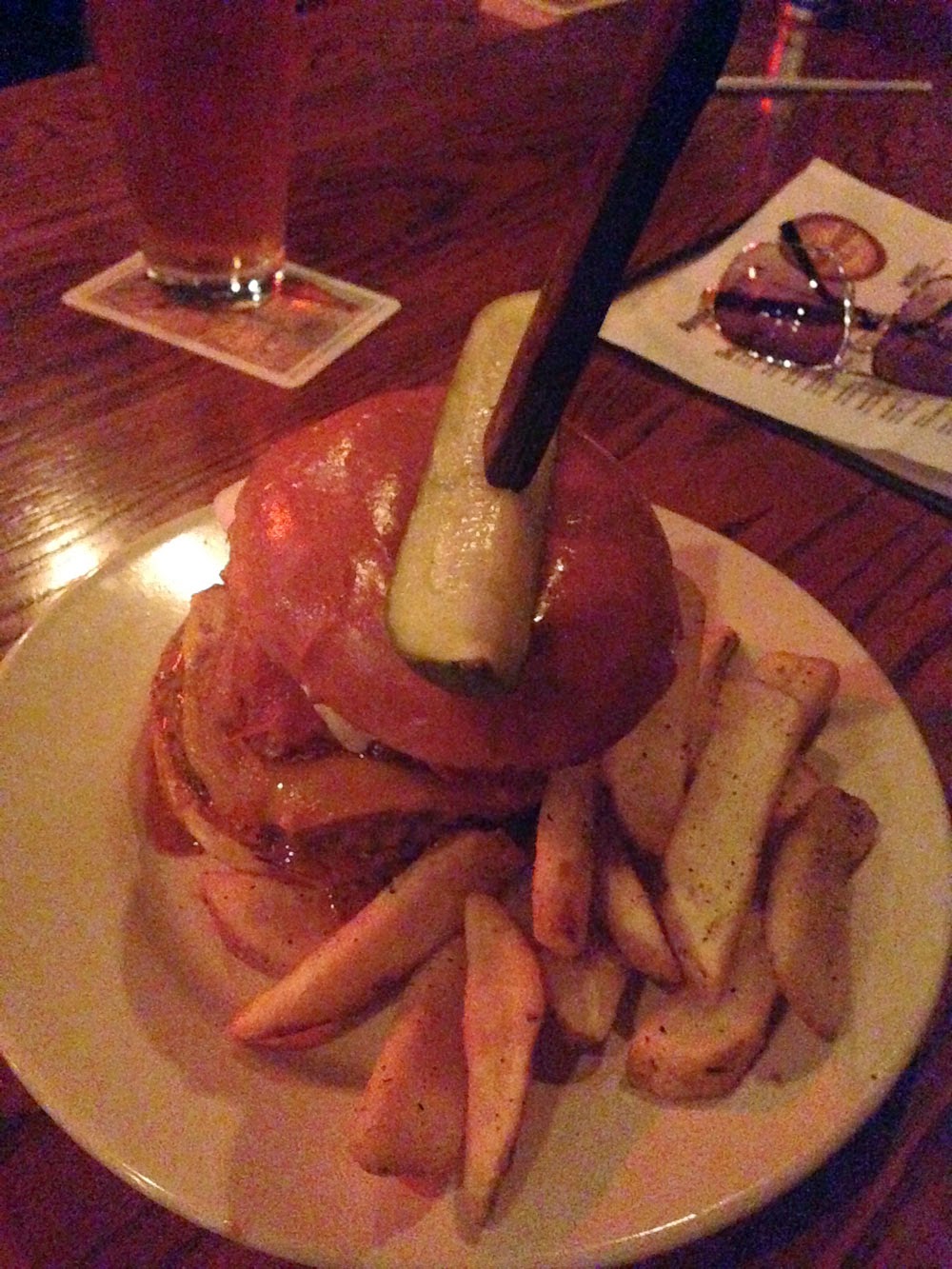 So further comments? Although this place is called a gastropub, I feel like that label is pushing it a bit. Usually when you go to a gastropub you get more non-bar selections of food and to me, this place is a bar all day and every day. They do have a good selection of brews on tap, but nowhere near the selection of some other gastropubs I've visited. Don't get me wrong, Barrelhouse can stand on its own-two-legs just fine as a bar and the food is indeed above average, but I would hope to see more interesting items on the menu to entice fans of a gastropub, but that may just be the foodie in me. 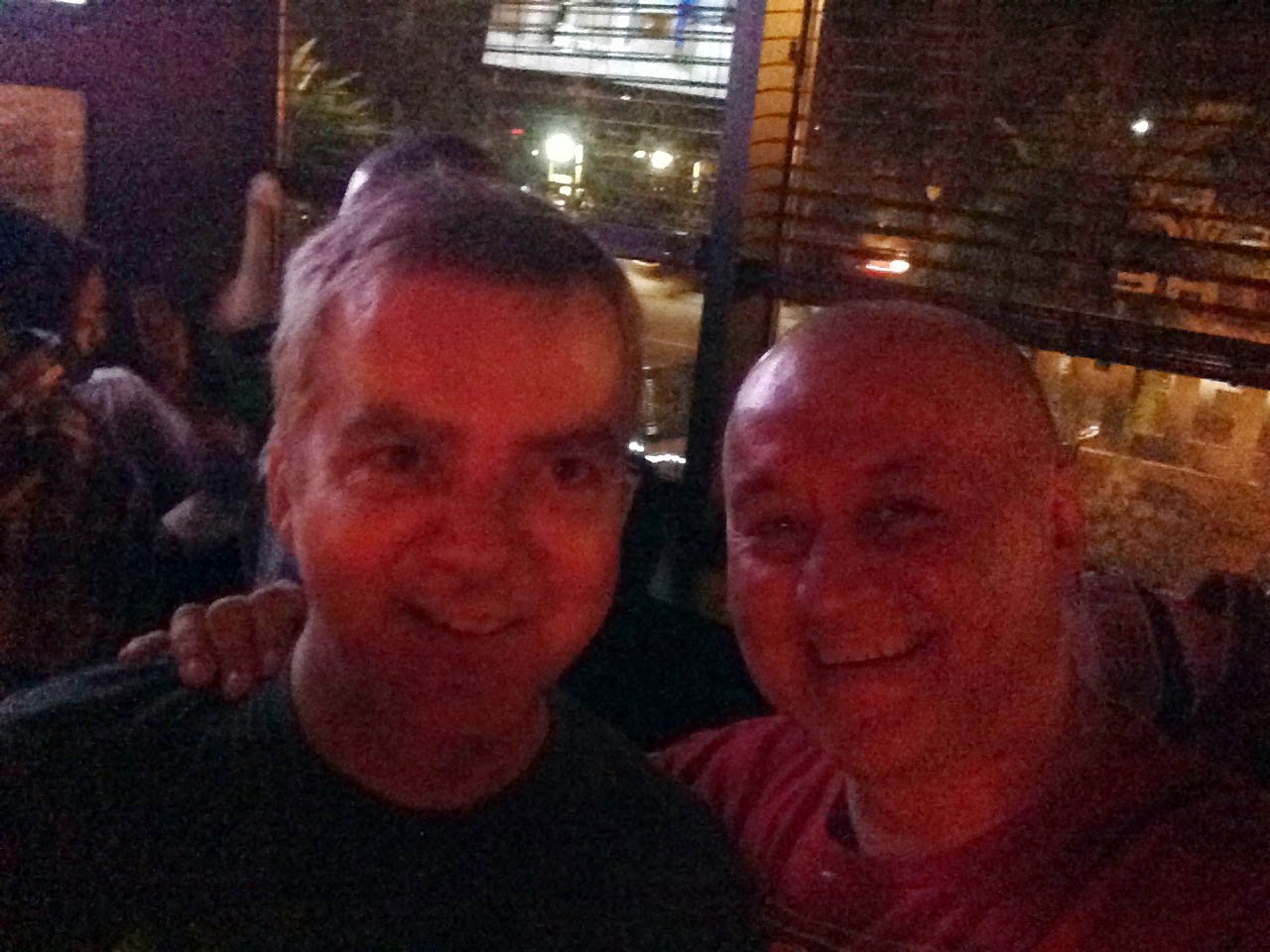 The place can be rather on the dark side in the evenings - I like the outside patio when it's open. You'll see the occasional nebbish or lumbersexual roaming around outside but mostly what you'll see inside are students (not too many hipsters coming to Barrelhouse - they're mostly at the Starbucks in the same block). There's parking across the street (paid for, as most parking in this part of town) or you can do what I do and take MARTA to midtown - this is 5 blocks South of that station).