(shorter version posted to Yelp)
Sweet Auburn BBQ is located at 656 N Highland Ave NE in Poncey-Highland about a block from Ponce De Leon Ave NE - I believe it occupies the former location of Pura Vida (a tapas place where I've had several excellent meals). Sweet Auburn BBQ is a natural extension of their food truck location at the Atlanta Municipal Market and those who frequent the truck will enjoy the additional menu items offered at the Poncey-Highland location. 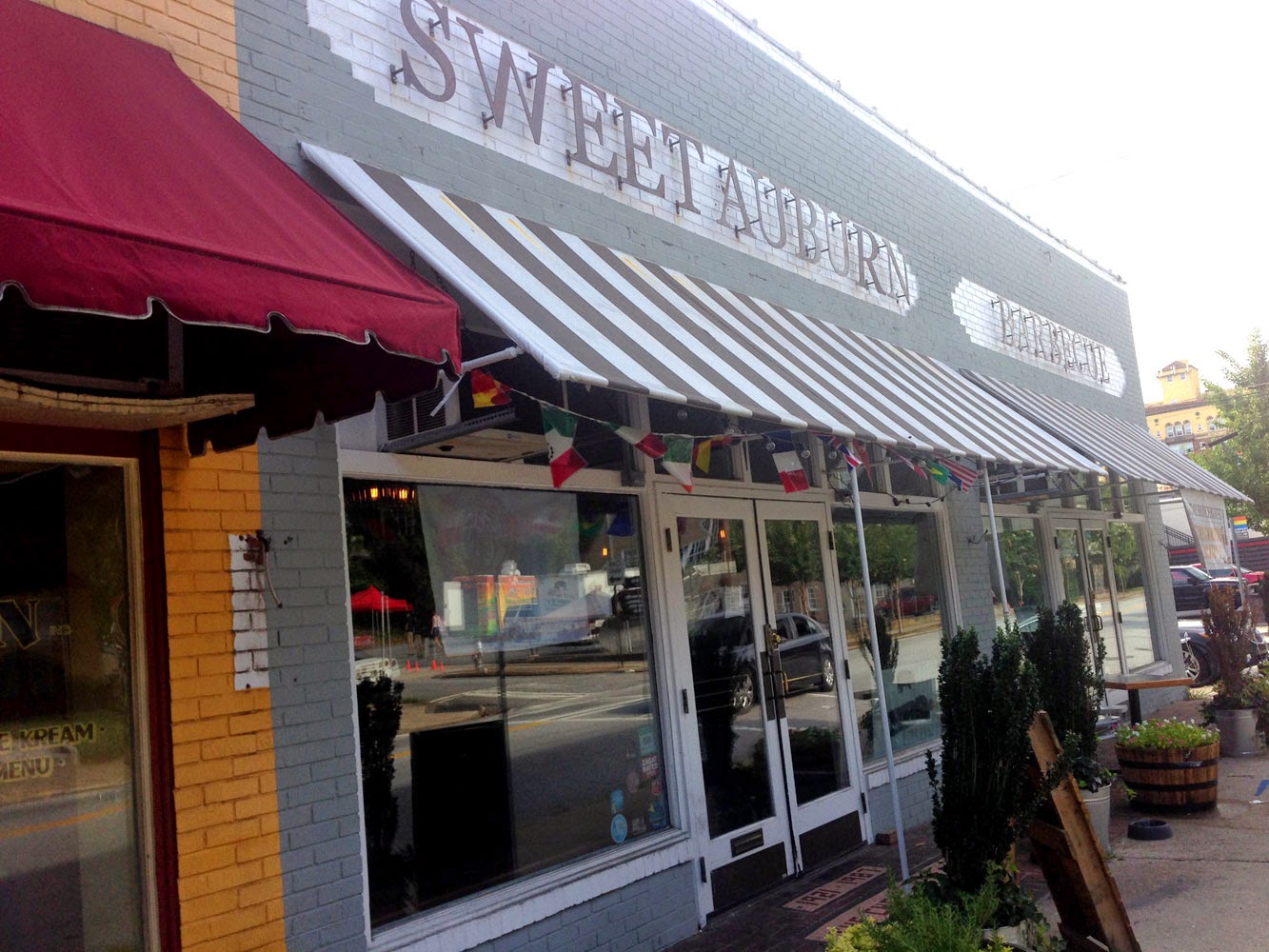 I've had the opportunity to sample many of the menu items, first via a Yelp Elite event, several location visits and most recently via catered event (we tried to get the food truck but unfortunately couldn't reconcile the timing of the legal docs between my work and the property management team to host the truck on premises so we opted for the catering), The Poncey-Highland location is spacious and features a full bar (seats about 8-10) with many delicious drink options AND good craft beer options on tap. The interior is semi-rustic with a few industrial qualities that should appeal to even the most discriminate hipster - they've done a great job identifying their customer and accounting for their eclectic needs. 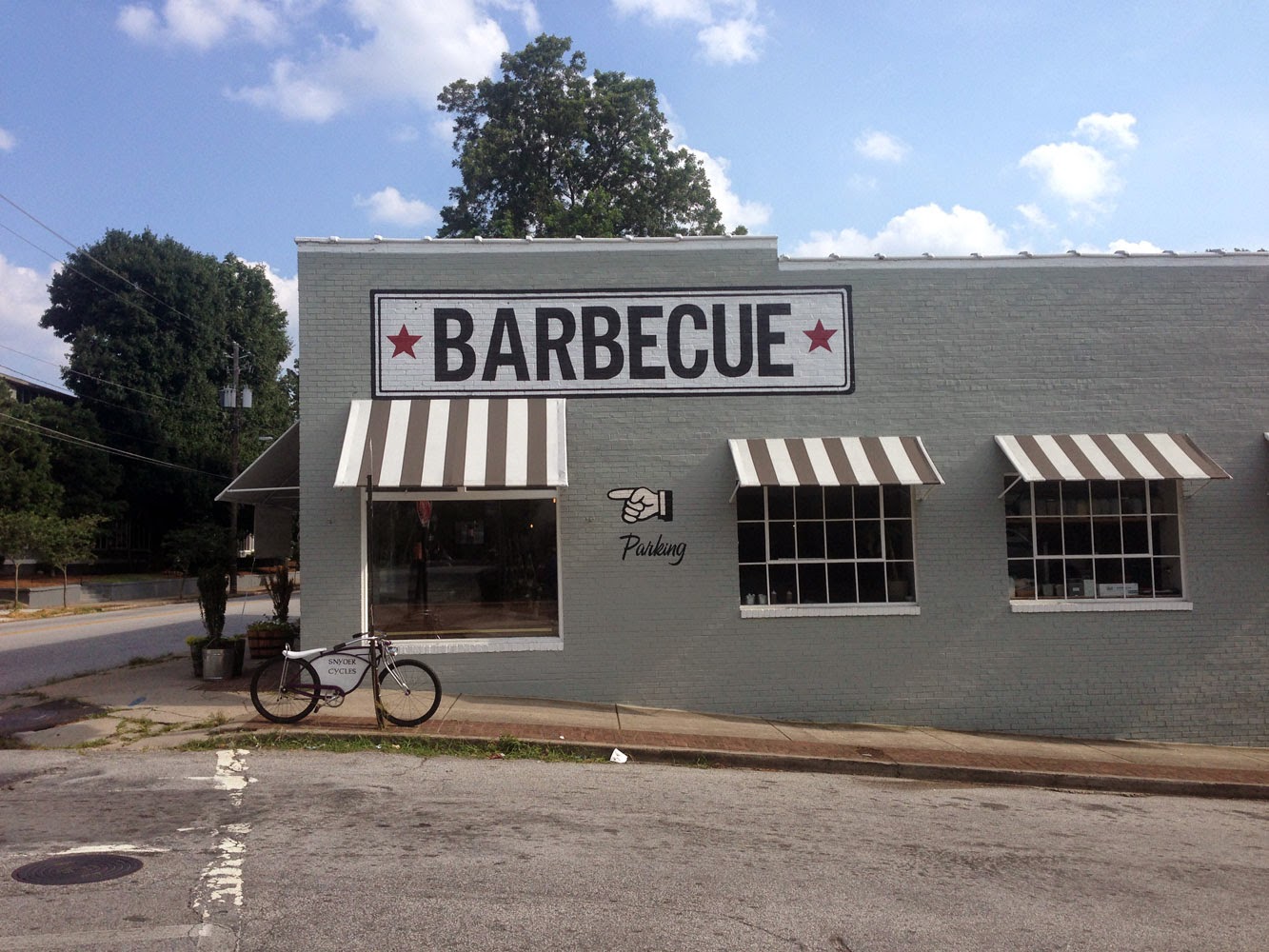 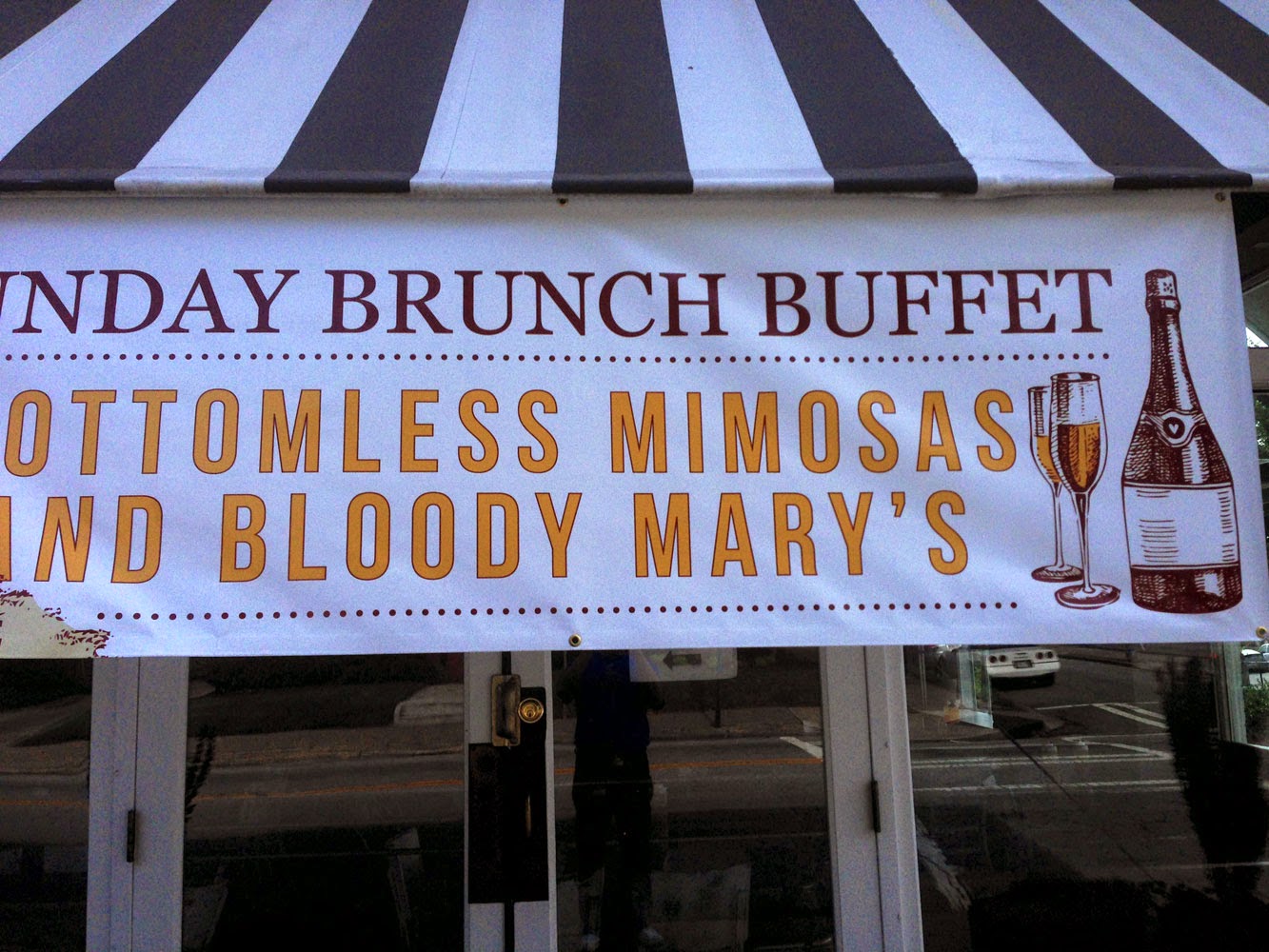 Sweet Auburn has some interesting flavor combinations that you won't find in a Southern BBQ joint - there's a bit of Asian, bit of Latino influence that makes things very special. I think this is a natural outcome of the food truck experience, where it's more important to develop striking flavor contrasts to keep the public coming back for more. 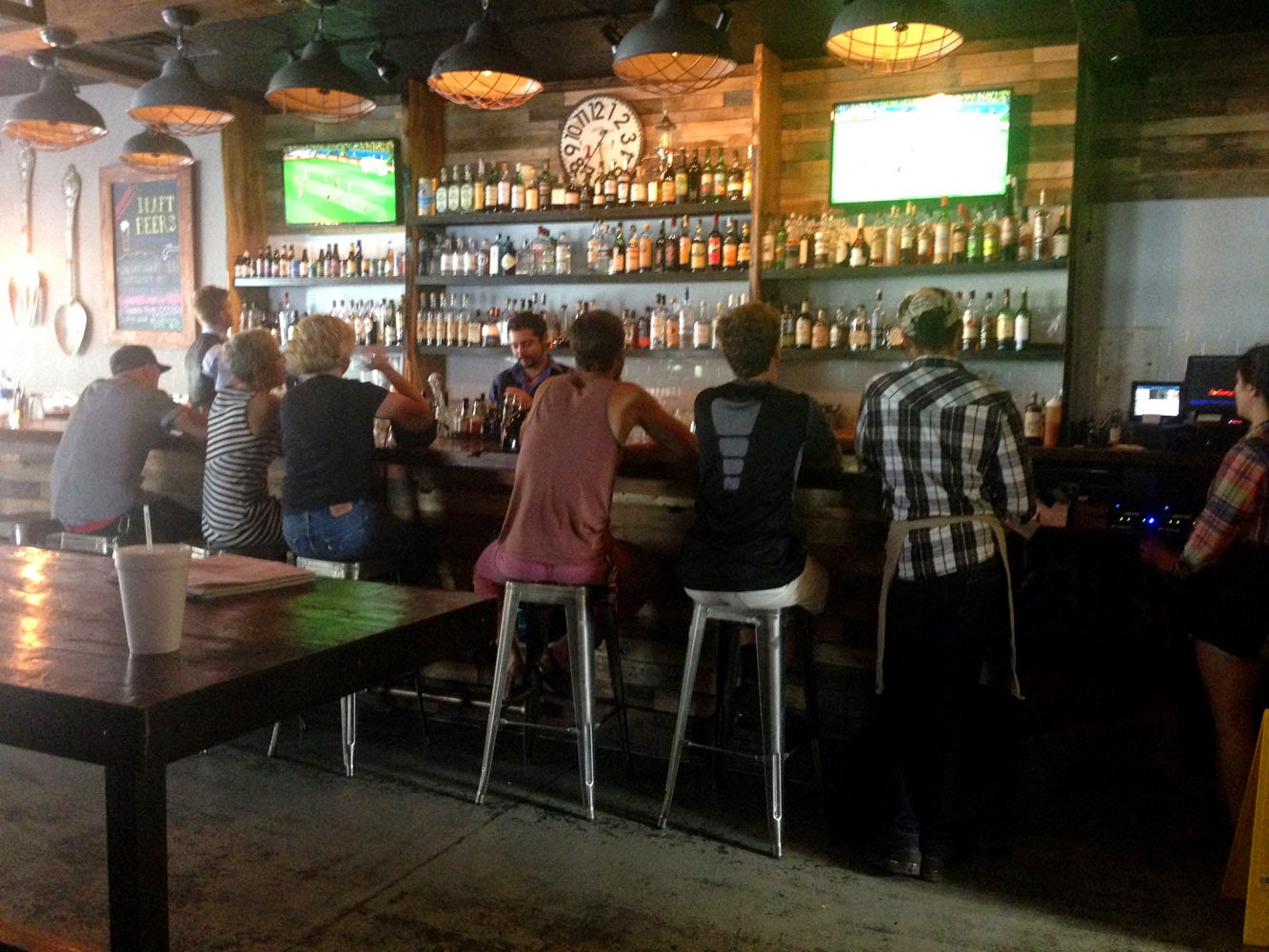 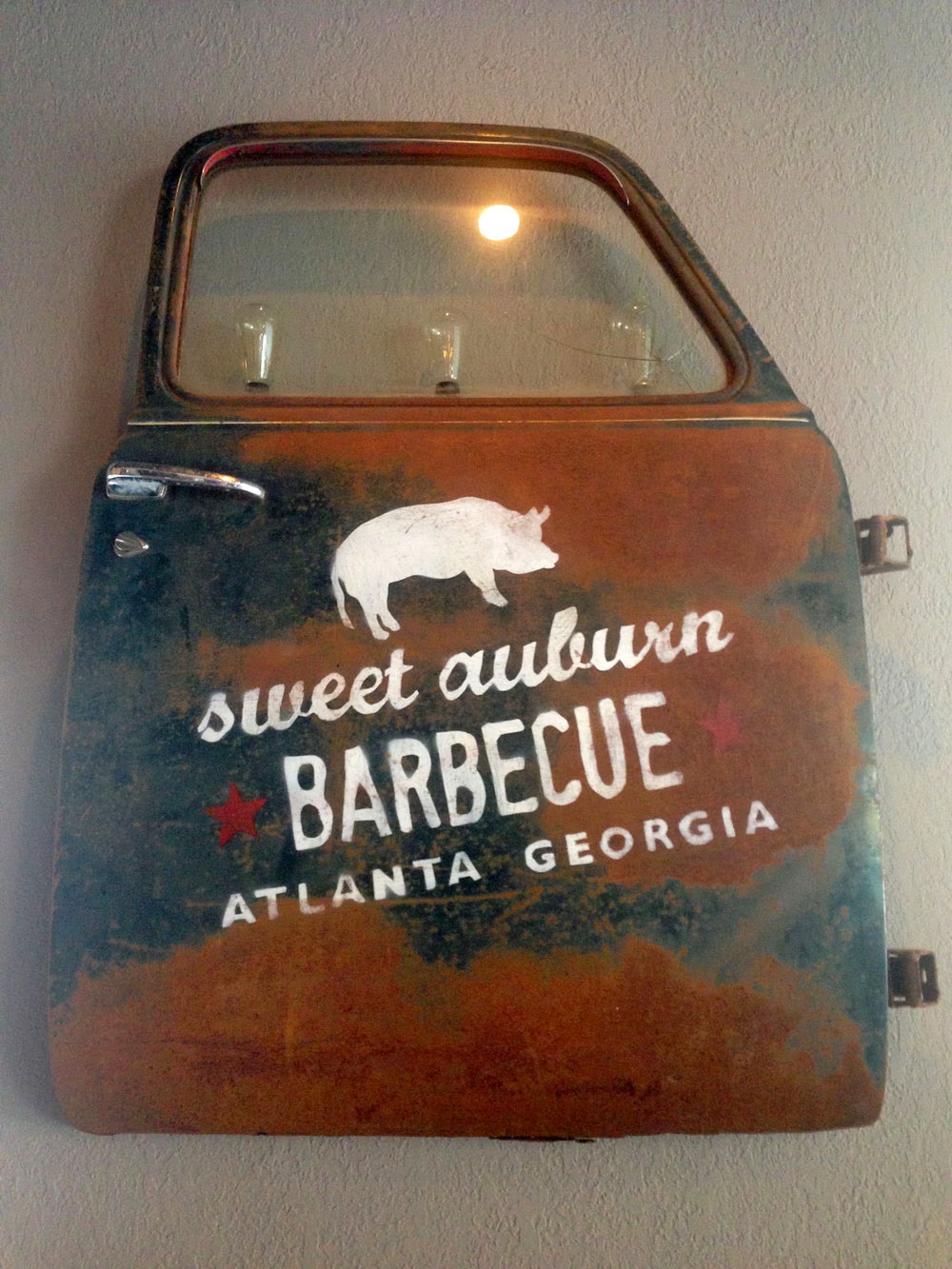 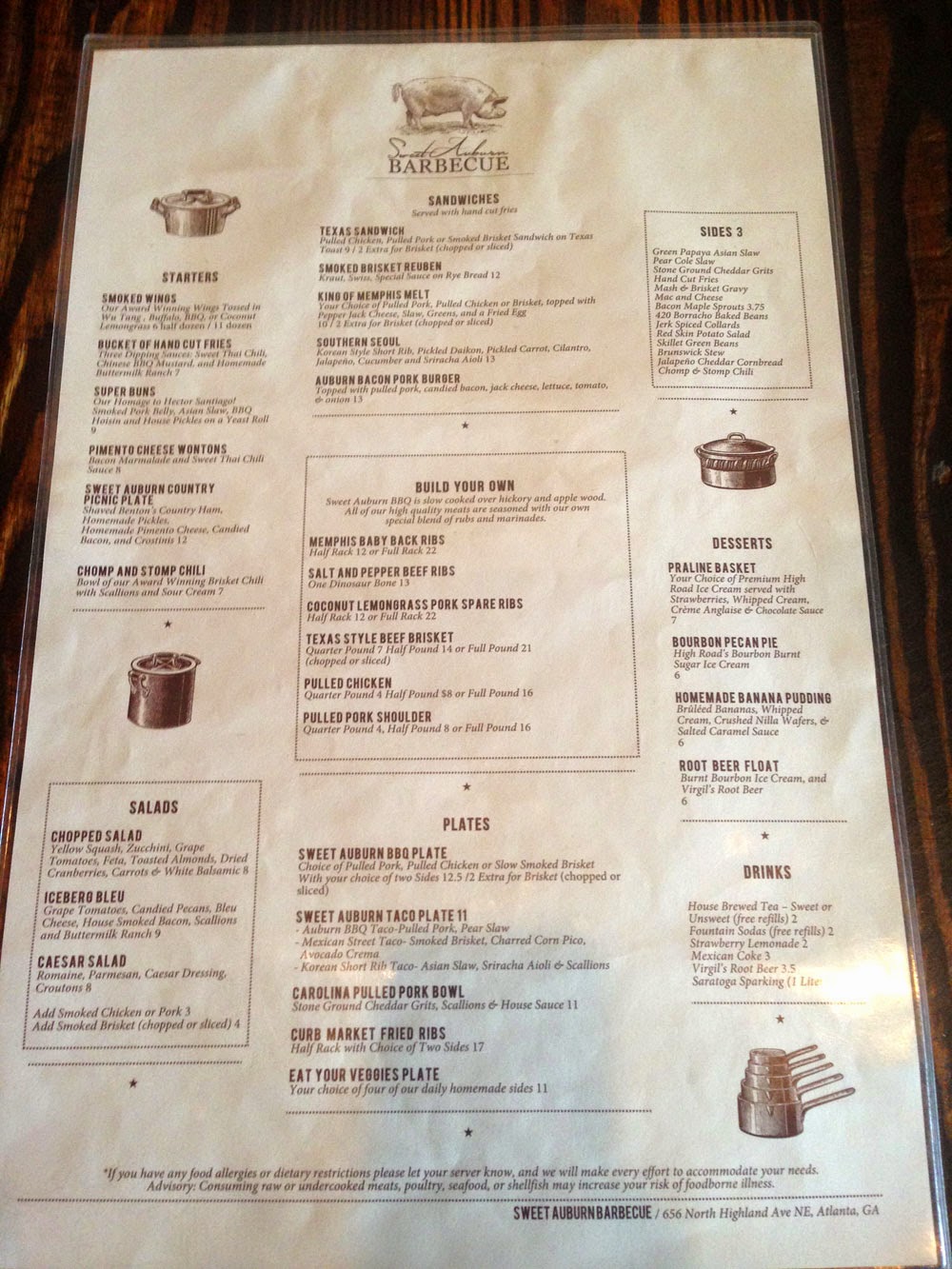 First an aside - I do enjoy the flavor fusions going on in Atlanta where Buford Hwy tends to compete with many of the local, more "American" restaurants. Some are more successful than others but one I particularly like is the Korean-Mexican fusion at taquerias like Takorea or the even better Hankook, or from a BBQ perspective there's the quite wonderful Heirloom BBQ (the Korean slaw is fantastic). That being said, I've also had some pretty awful attempts which I won't go into here. There's also the opposite trend of using what are traditionally non-Asian peppers (like jalepenos) in Chinese, Korean and Thai cuisine which changes the flavors entirely and in general, I'm not a fan. One of my friends famously said to me "Where can I get Korean that doesn't taste Mexican?" I'm mentioning these to contrast with what is happening at Sweet Auburn BBQ where the fusion is not obnoxious and is intentional, rather than a substitution. 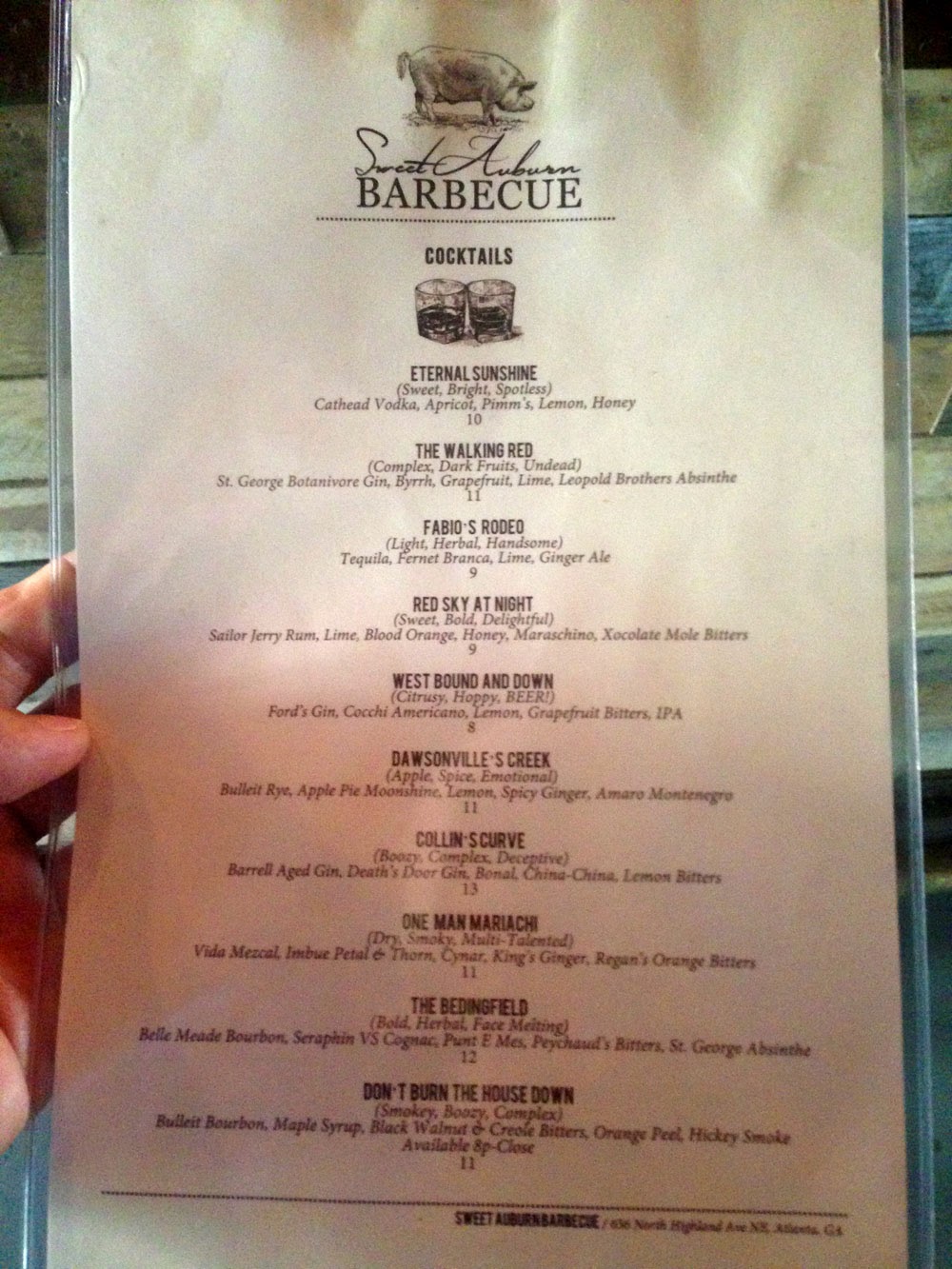 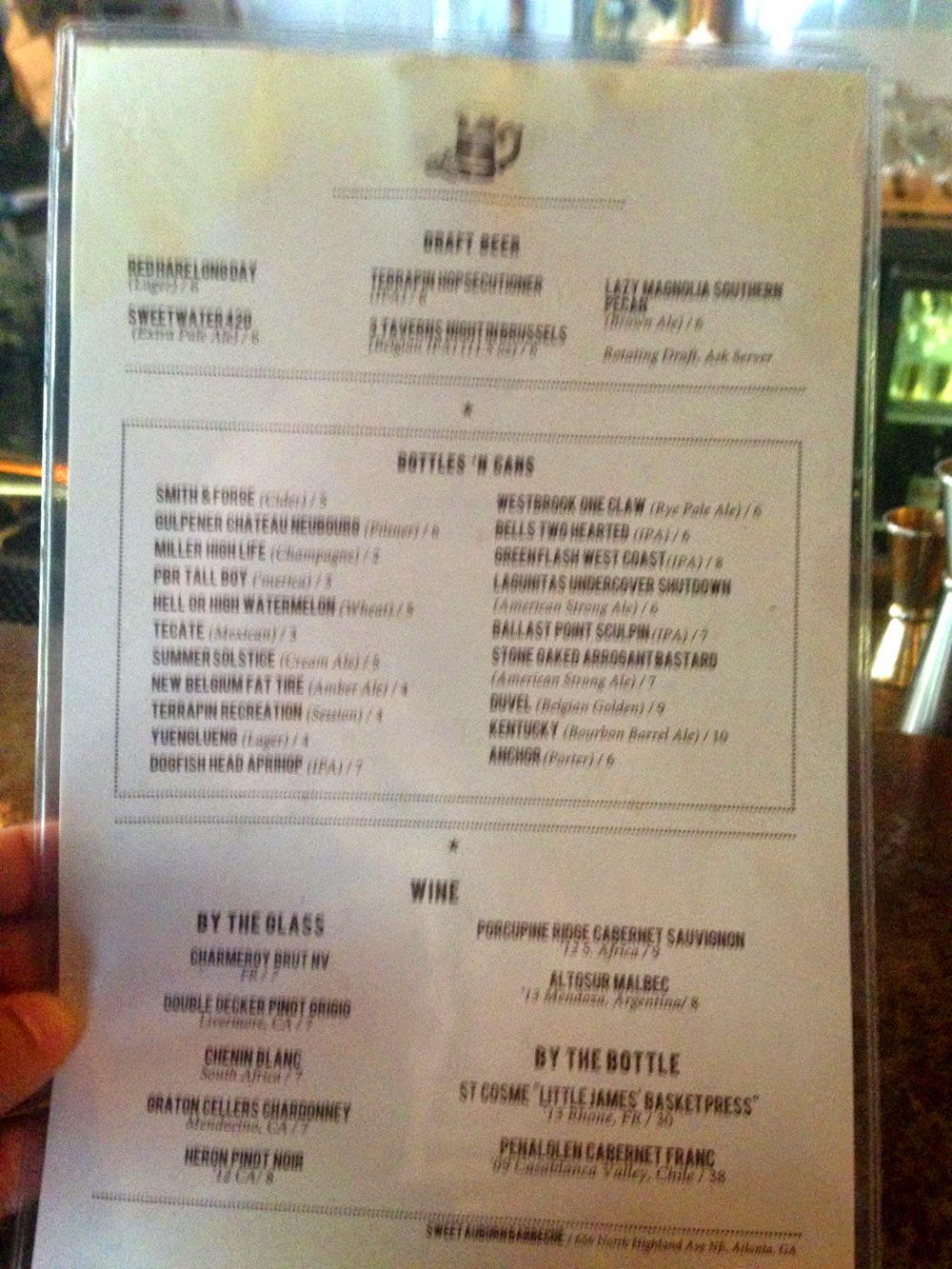 On to the foods - the following are some of what I sampled or ate (at the Yelp Elite event, visiting the location in Poncey-Highland, or catered) so it's a mixed bag. In general most items were delicious with just a few complaints (nothing major) but it did prevent me from giving out 5 stars.

I always start with a beer or two - most recently I ordered a pint of the always good Terrapin Hopsecutioner  on draft. I've also sampled the New Belgium Brewery Snapshot and a nice vodka drink "Eternal Sunshine" with Cathead Vodka, apricot, Pimm's, Lemon and Honey. 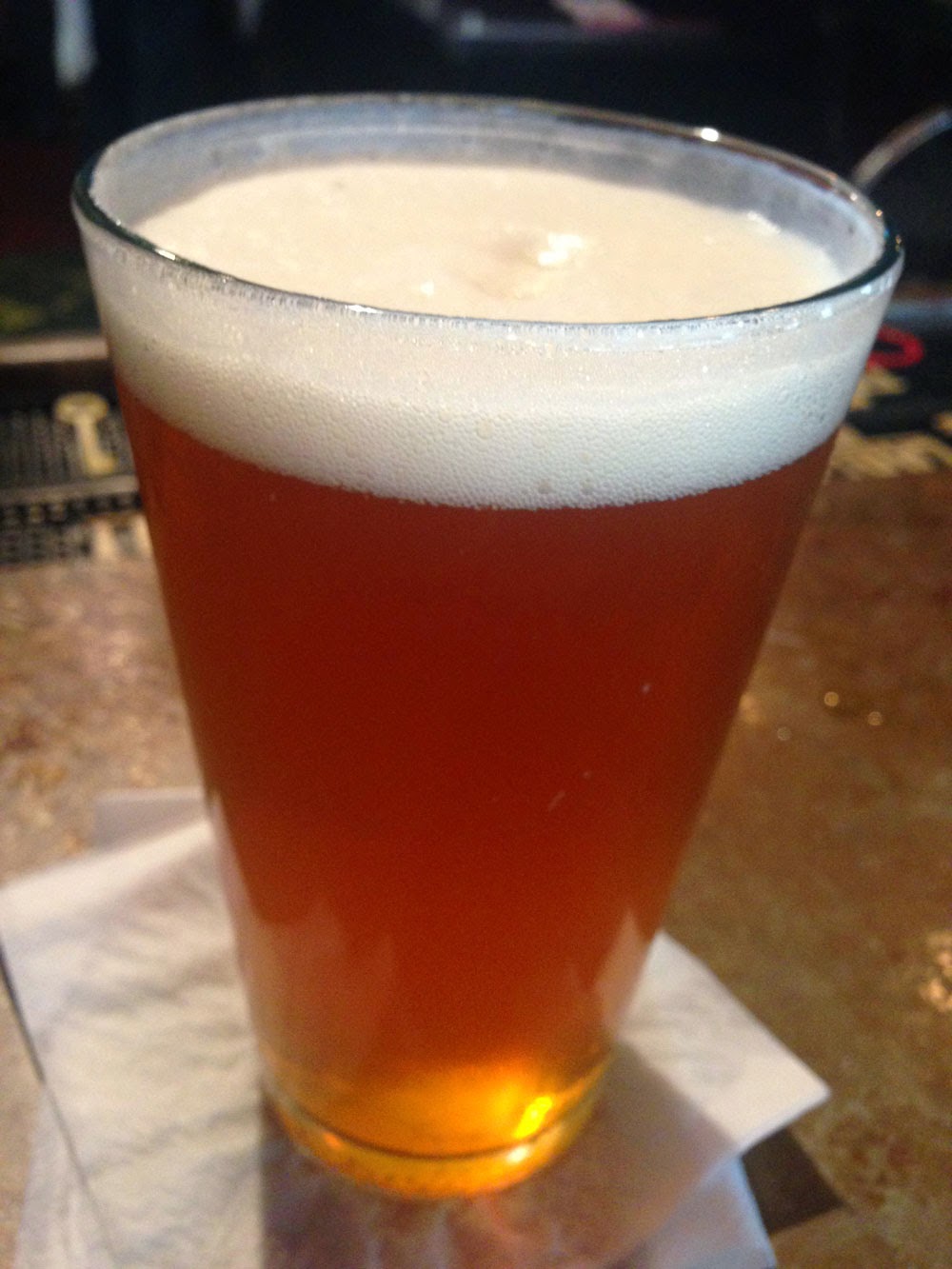 Pimento Cheese Wontons, with a bacon marmalade and sweet Thai chili sauce - these were rich, interesting and delicious - they'll also scald you like napalm so be careful to let them cool for a couple of minutes before devouring. 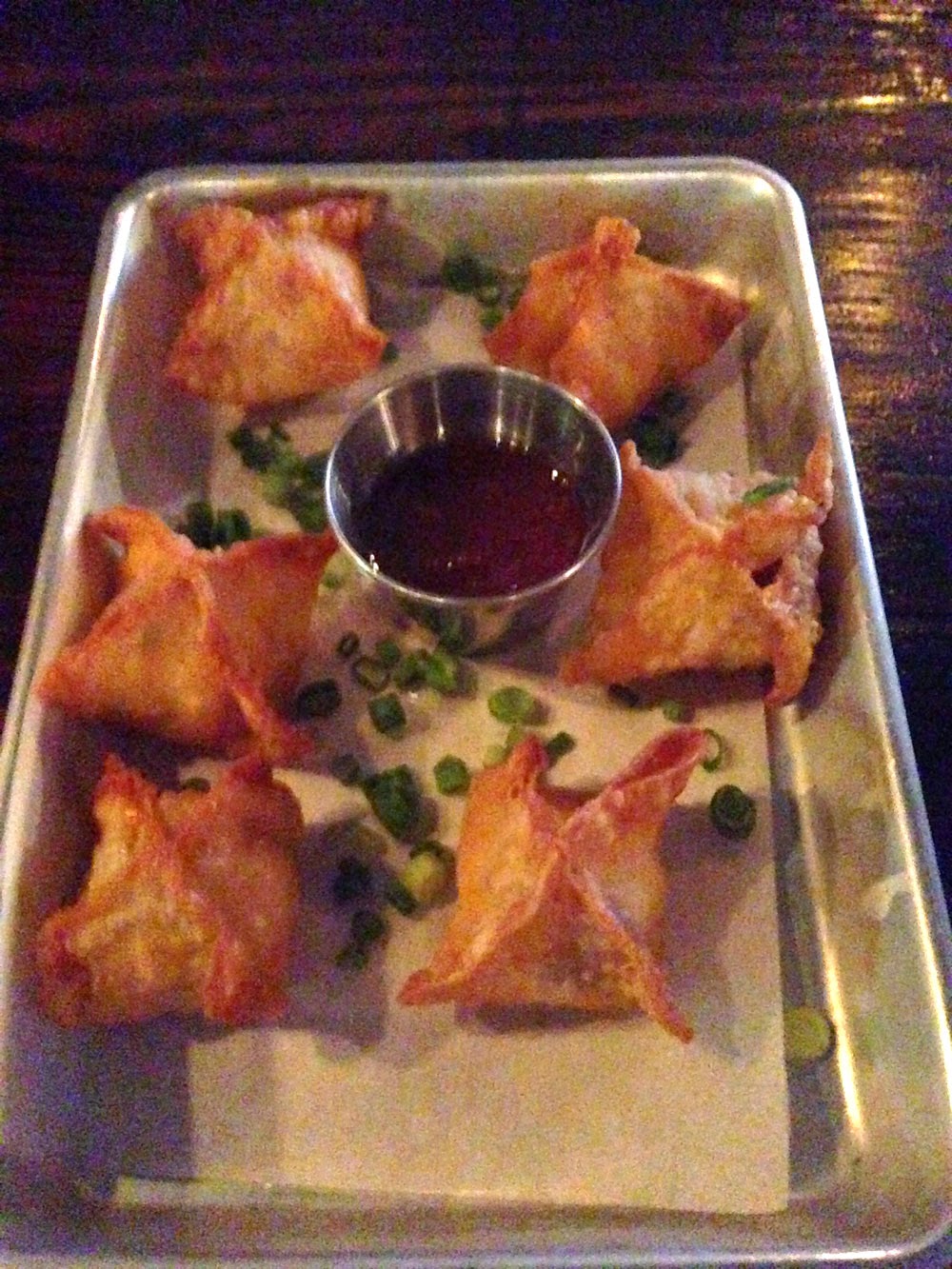 Smoked Wings, tossed in Wu Tang sauce - delicious and crispy, with a tangy sweet/sour/soy coating - I can eat dozens of these. 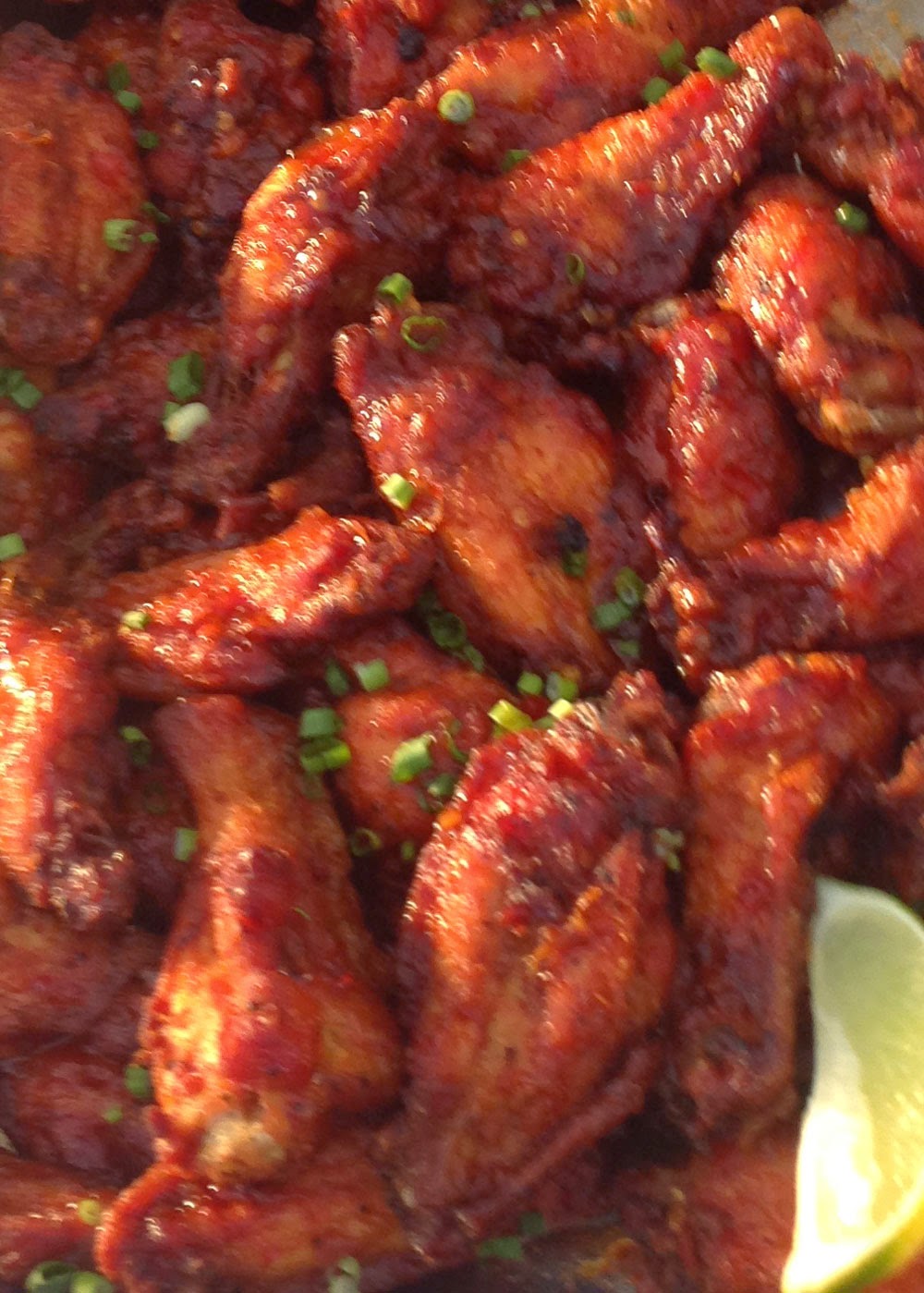 Coconut Lemongrass Pork Spare Ribs - this was a succulent hickory and apple wood smoked rib, with an unusual creamy sauce and not something you'd normally see or taste. This is one of the better fusion items. 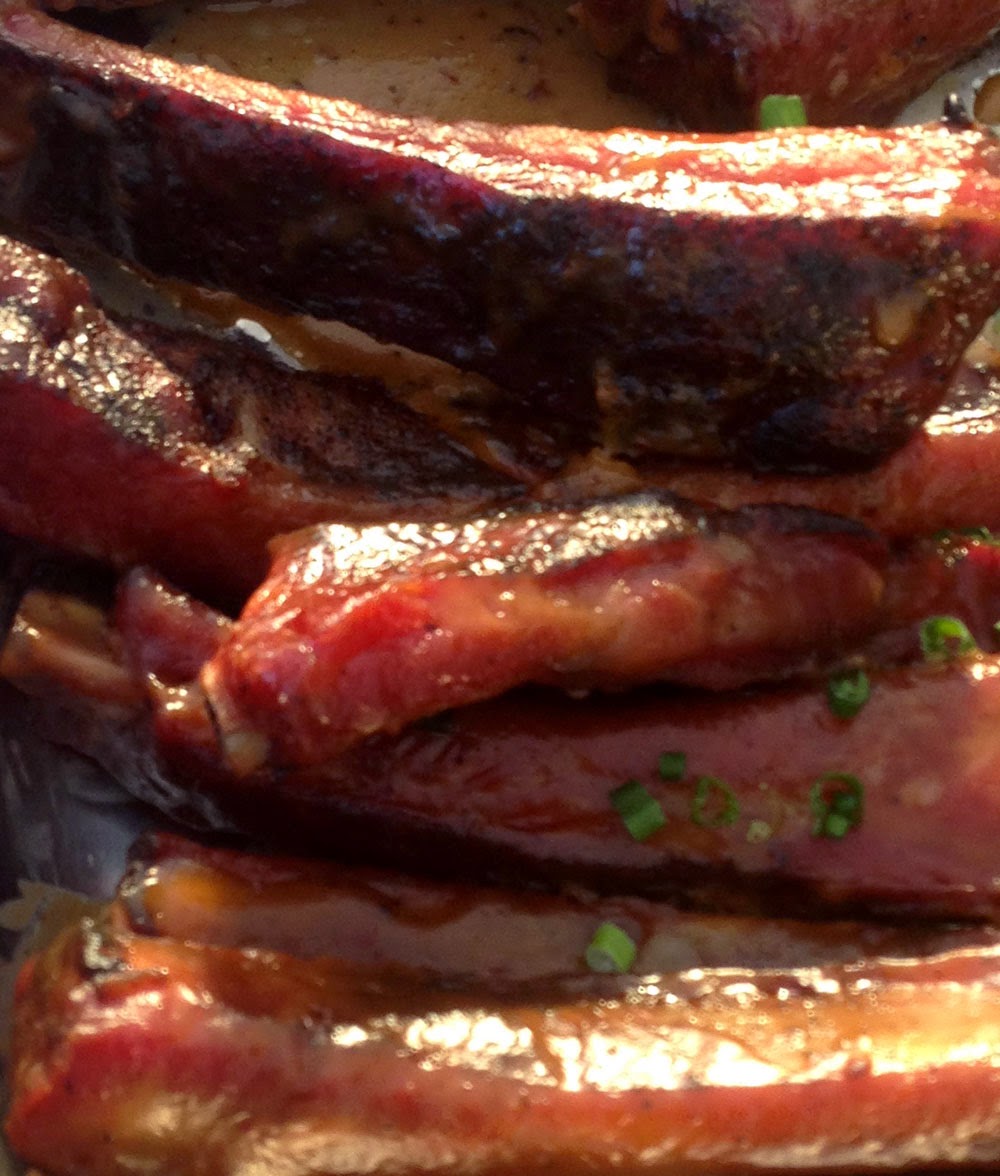 Super Bun, with smoked pork belly, Asian slaw, BBQ Hoisin and House pickles on a buttery toasted bun - this was awesome and another great fusion item. 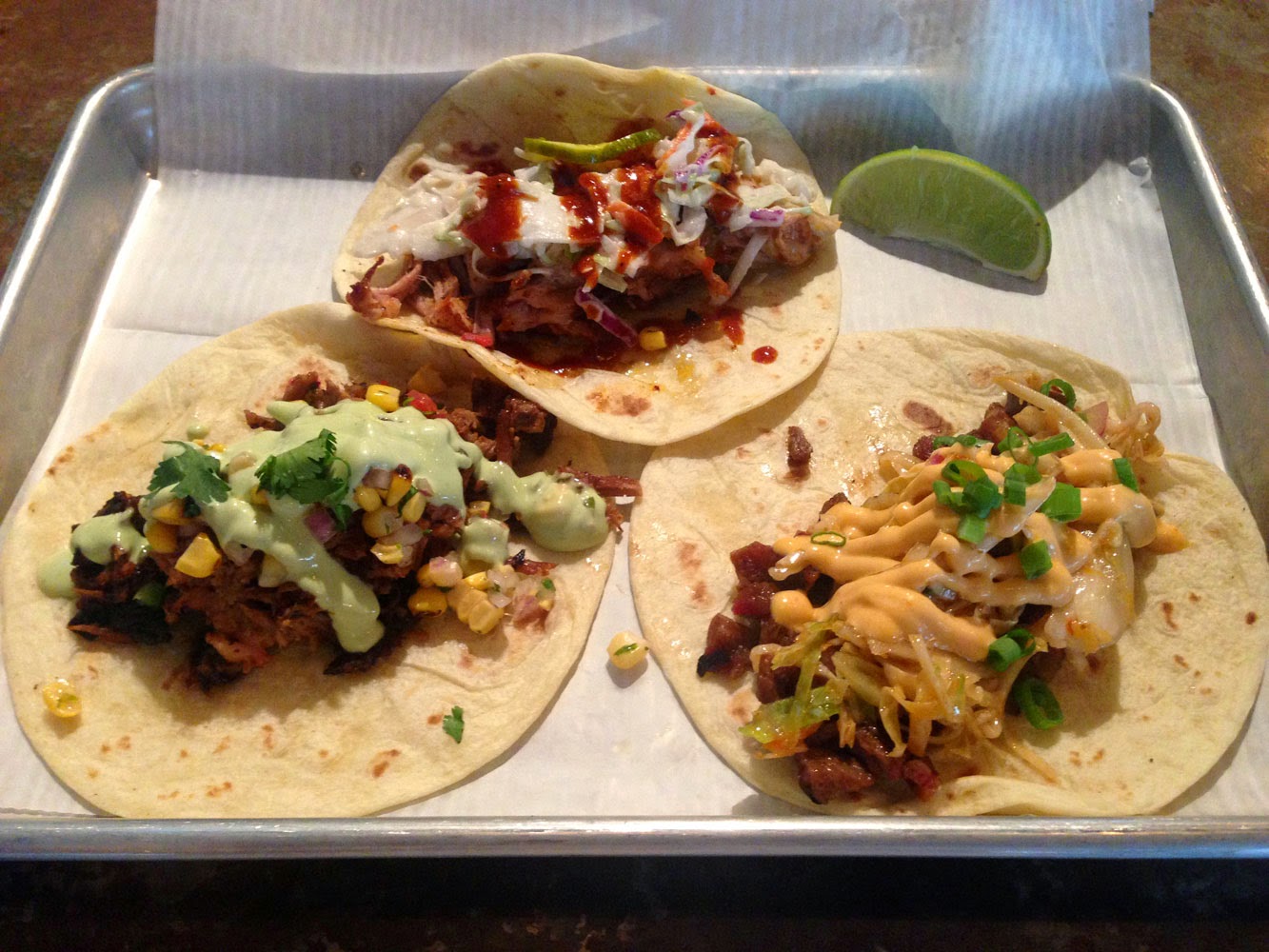 Pulled Chicken - personally I didn't get too excited with the pulled chicken but I can understand the thinking behind it. Rather than have a lot of smoky rind, this chicken is fairly plain but juicy. Making the chicken this way makes it very versatile - you can add Asian slaw to go that direction or corn salsa to make it more Mexican, etc. 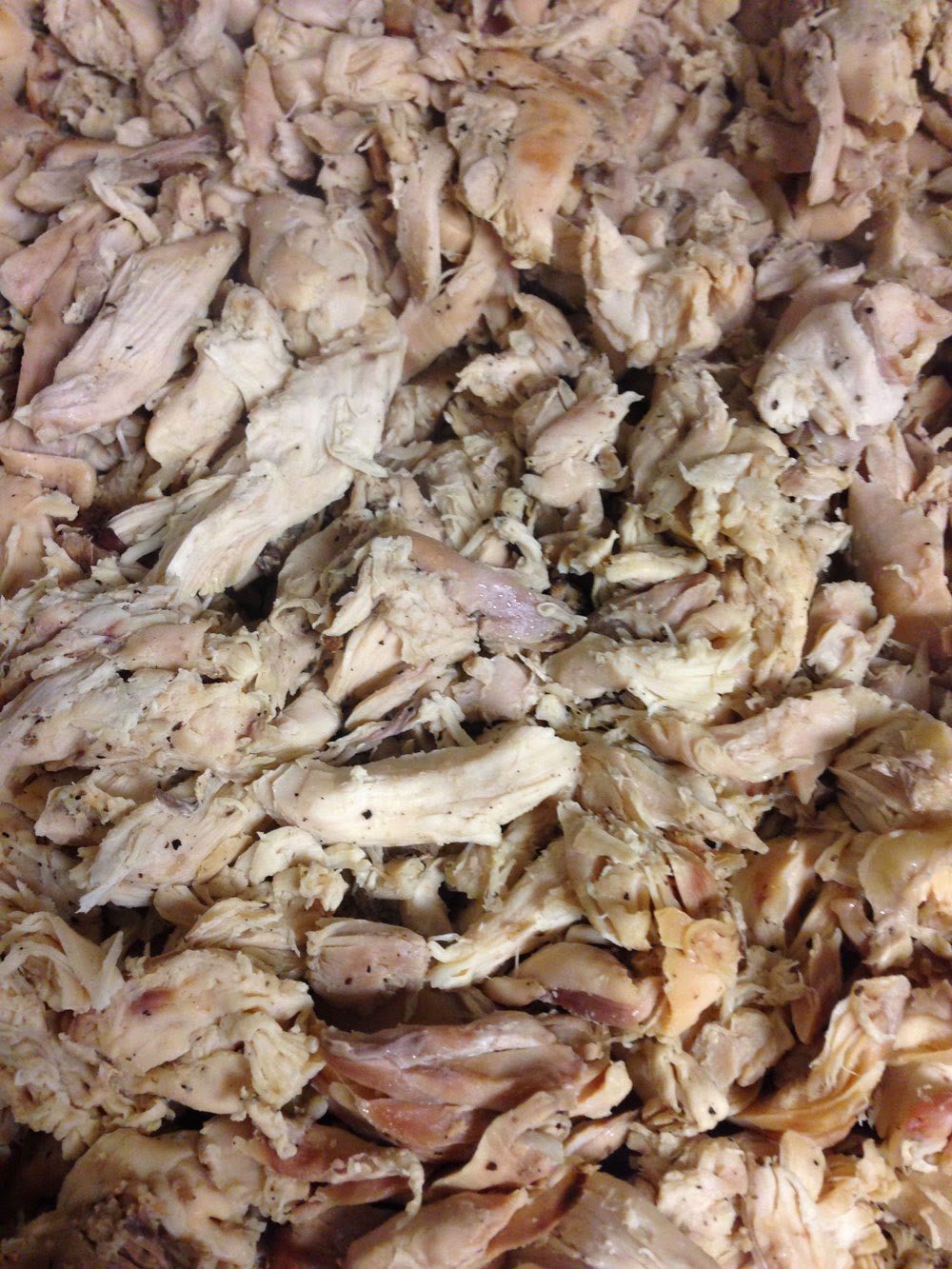 Pulled Pork Shoulder - as with the chicken, only a hint of smokiness that for most BBQ aficionados would disqualify it as BBQ - however, as with the chicken above, very versatile when doing fusion foods. The consistency is more like roasted pork (think carnitas) that is fork-tender. Add anything you like for a delicious meal. 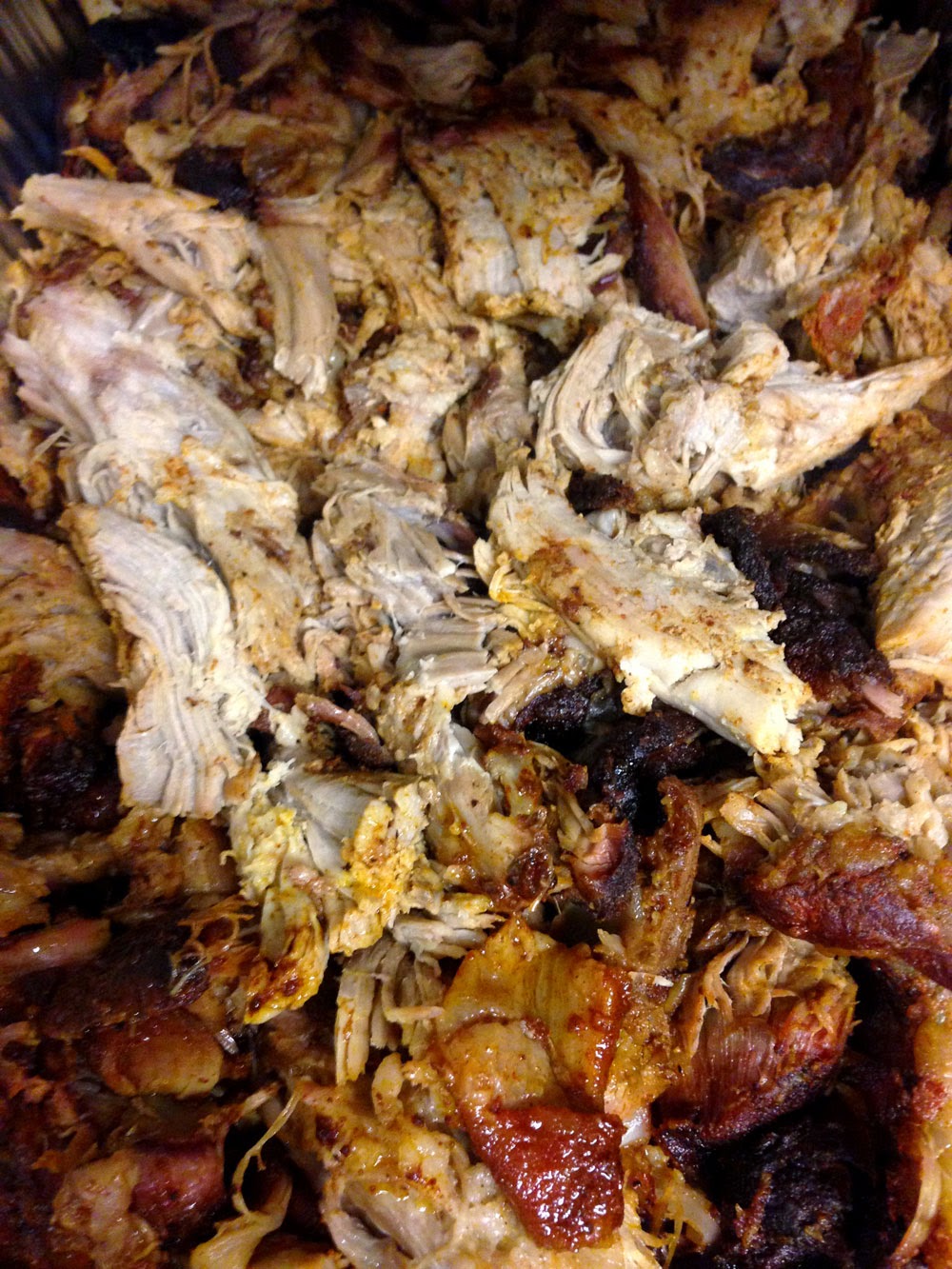 Mac and Cheese - very cheesy penne pasta baked so it has a bit of crust - very good. 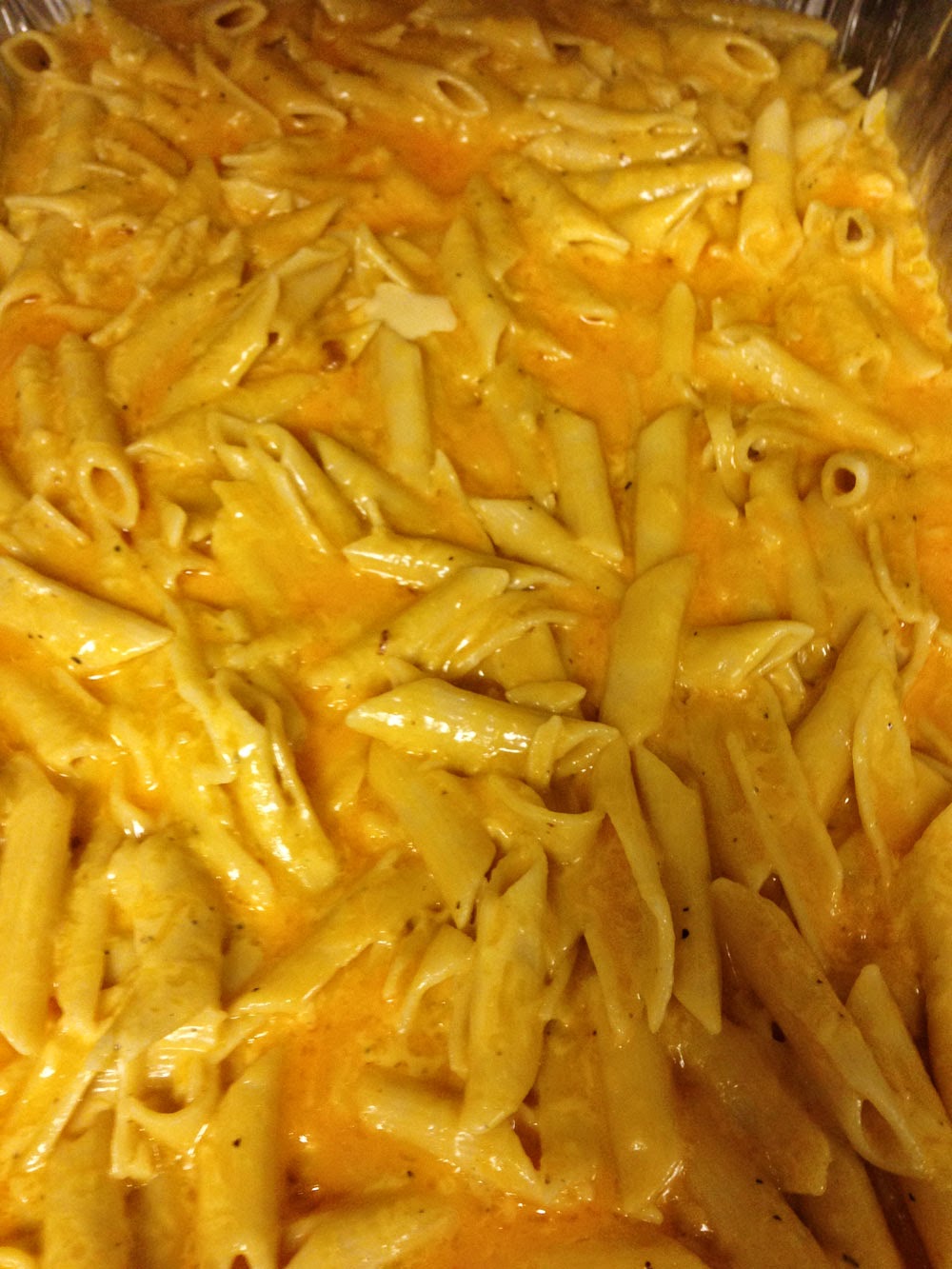 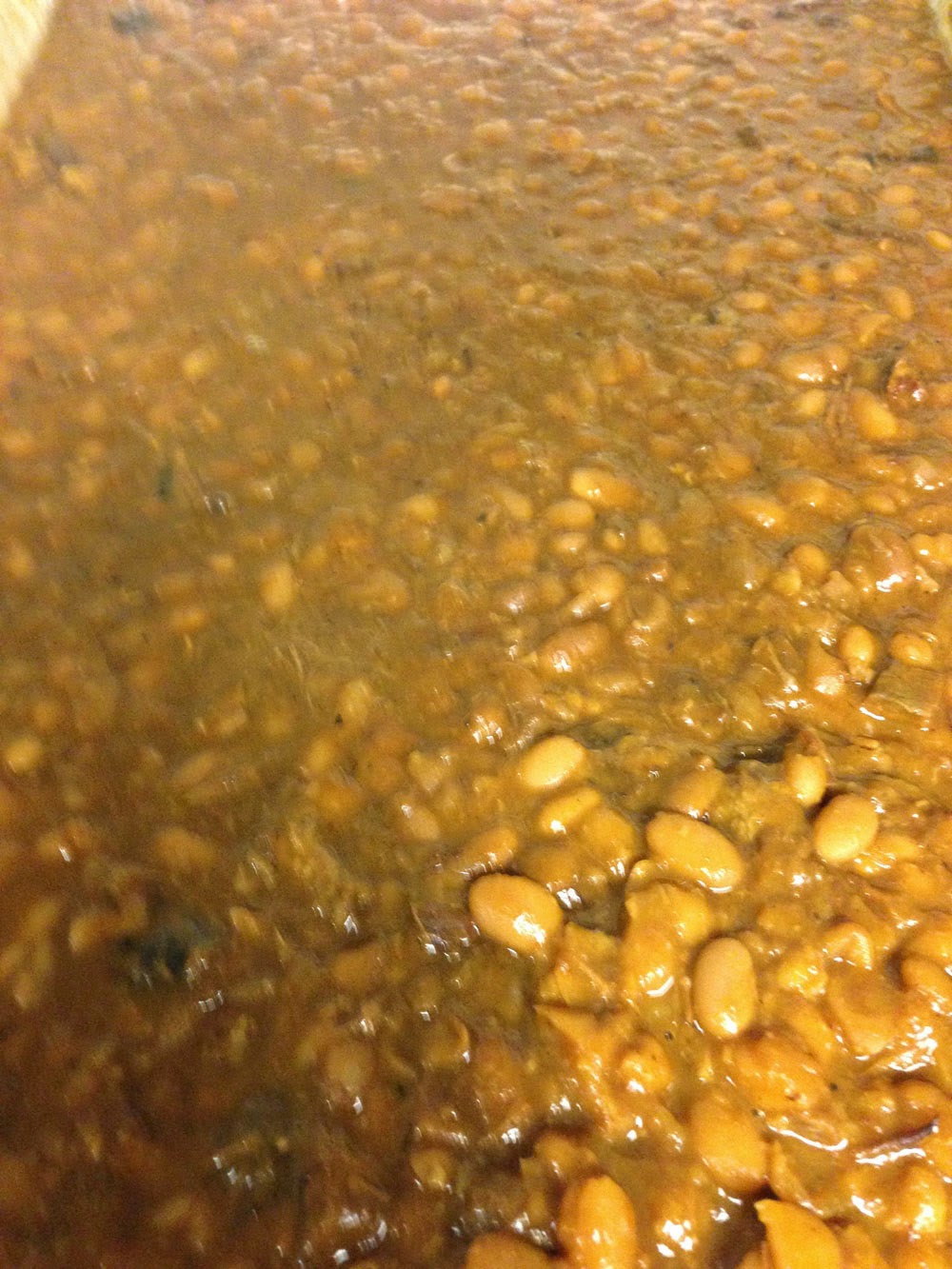 Red Skin Potato Salad - I personally wasn't too excited about this potato salad - it seemed to have all the ingredients I like but felt a little flat to me. 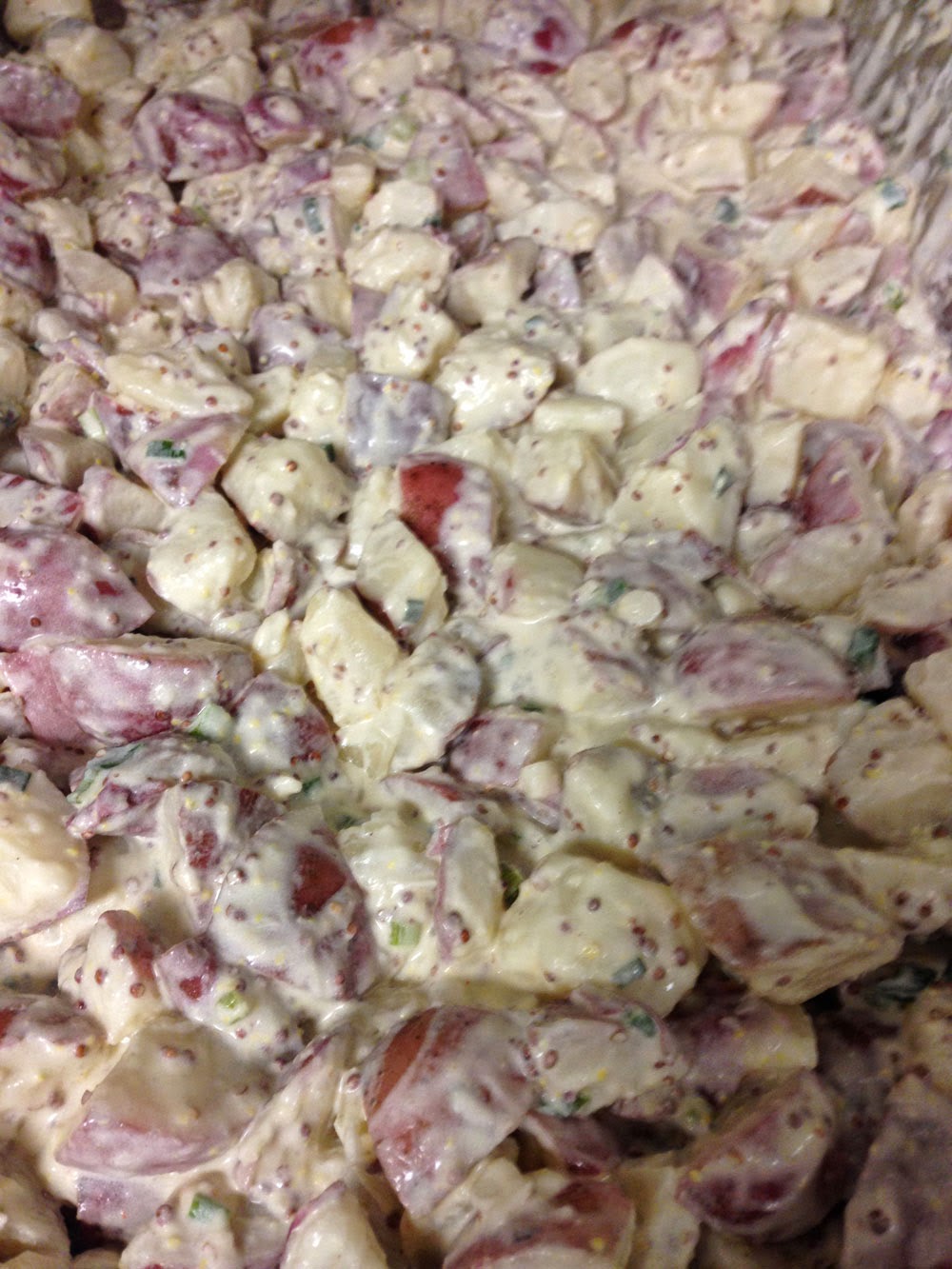 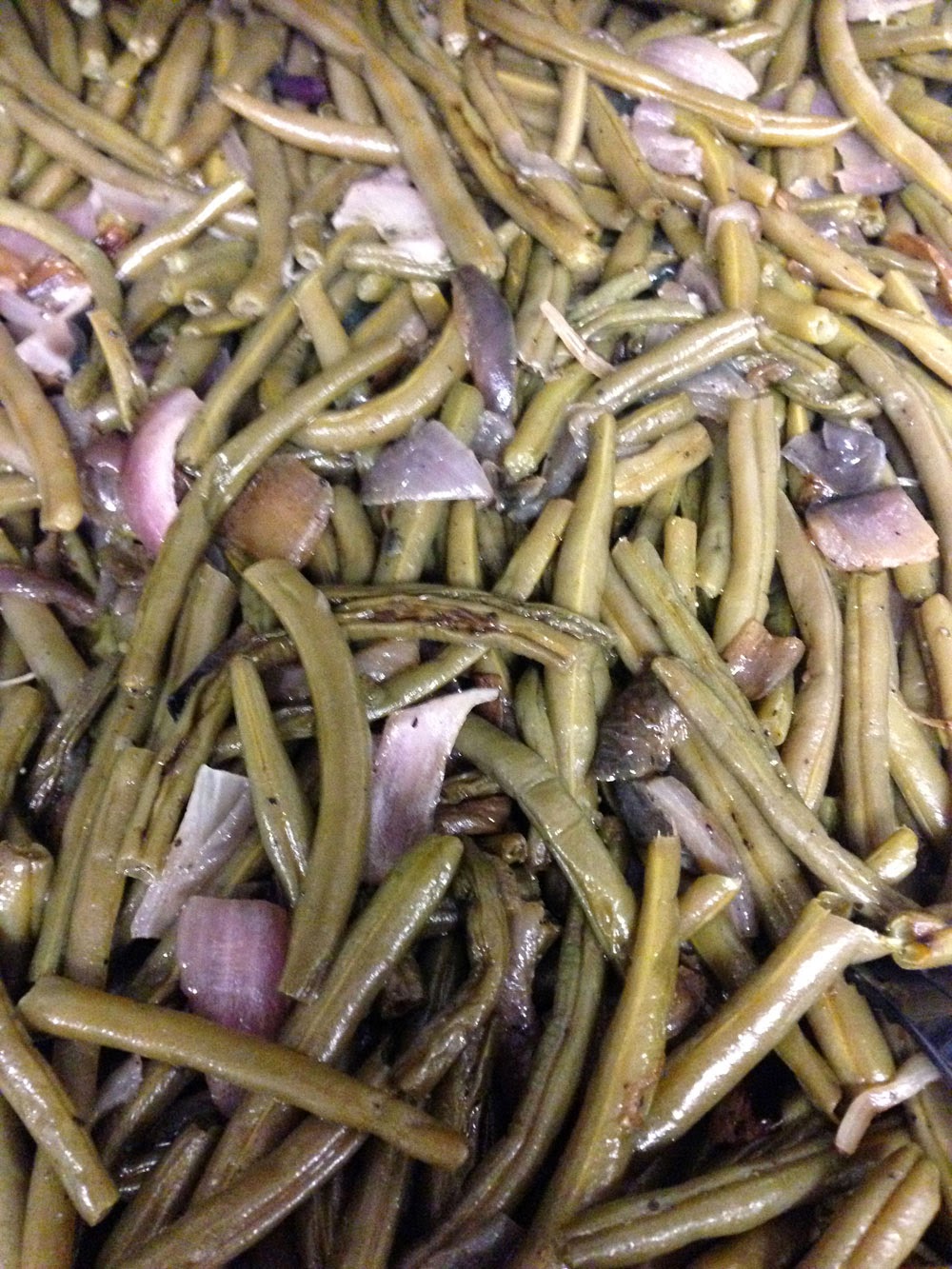 Homemade Pickles - these were of the "bread-and-butter" variety and appropriately sweet/sour and very well done. 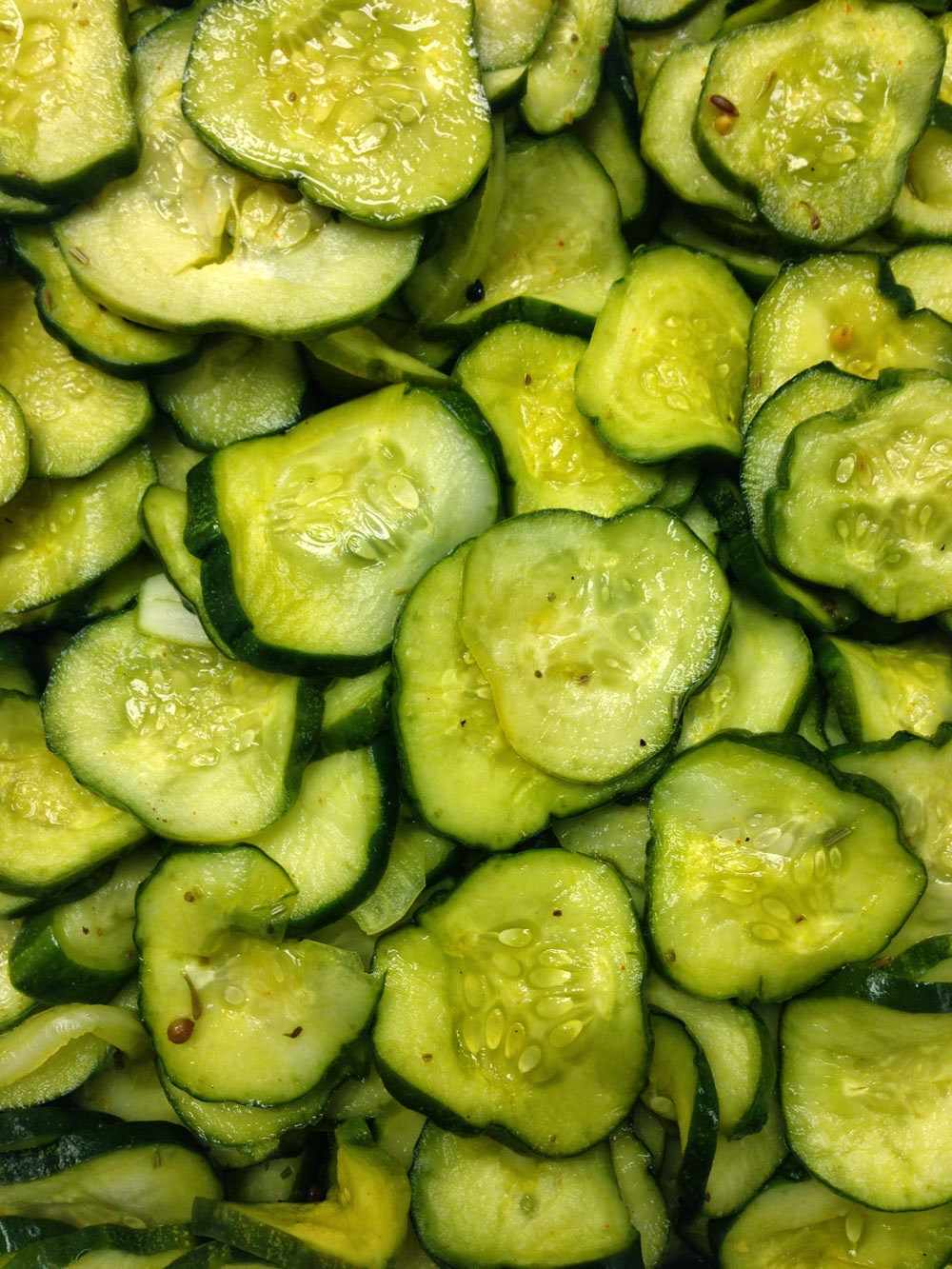 The finish included nice helping of traditional Southern banana pudding (complete with Nilla wafers). I've also tried individual servings of a peach cobbler that I found very disappointing. These were over-baked with dessicated peaches at the bottom of the cup-cake-sized pan and a slightly sweet crust - about an inch of air between the filling and crust. 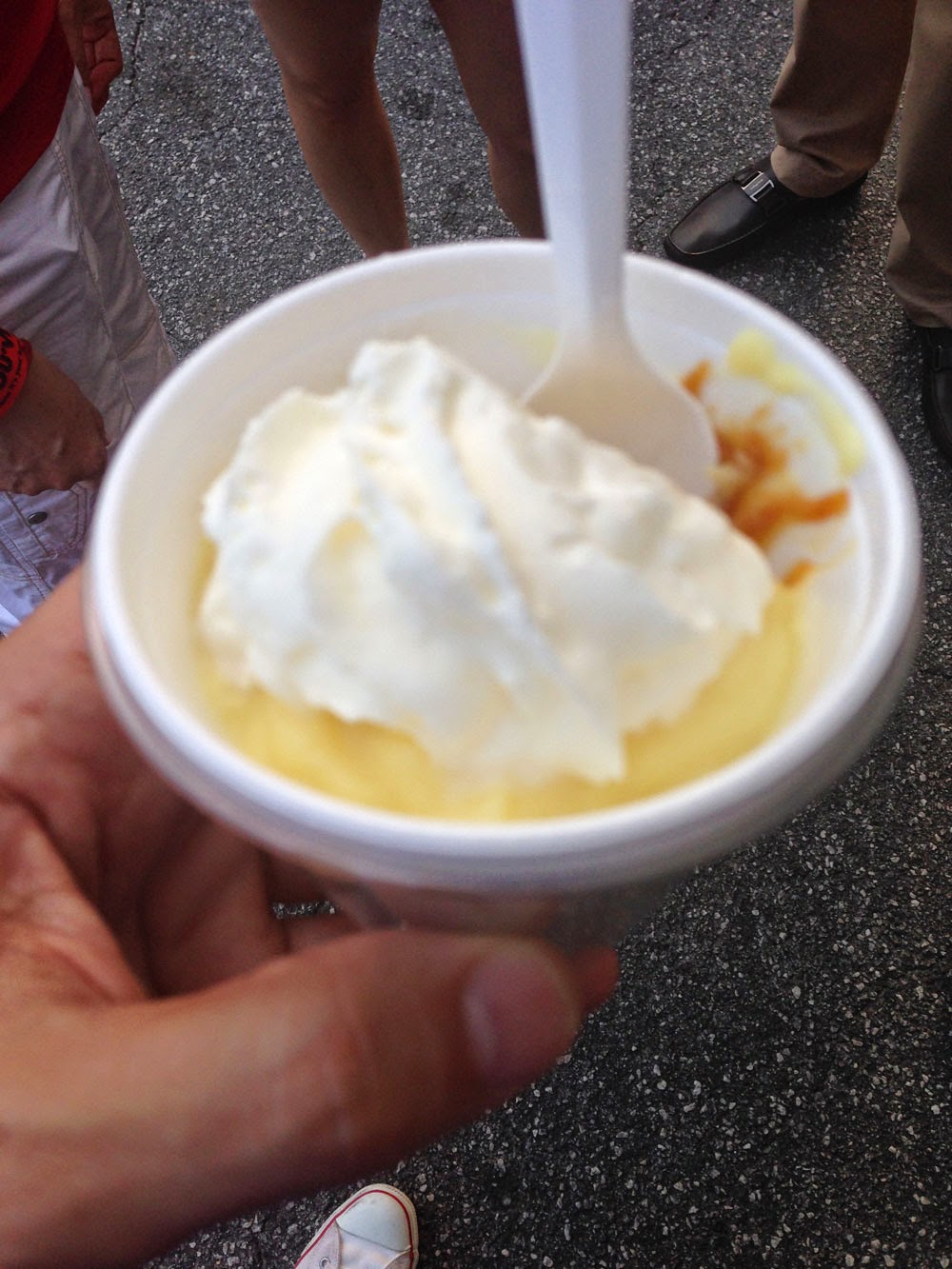 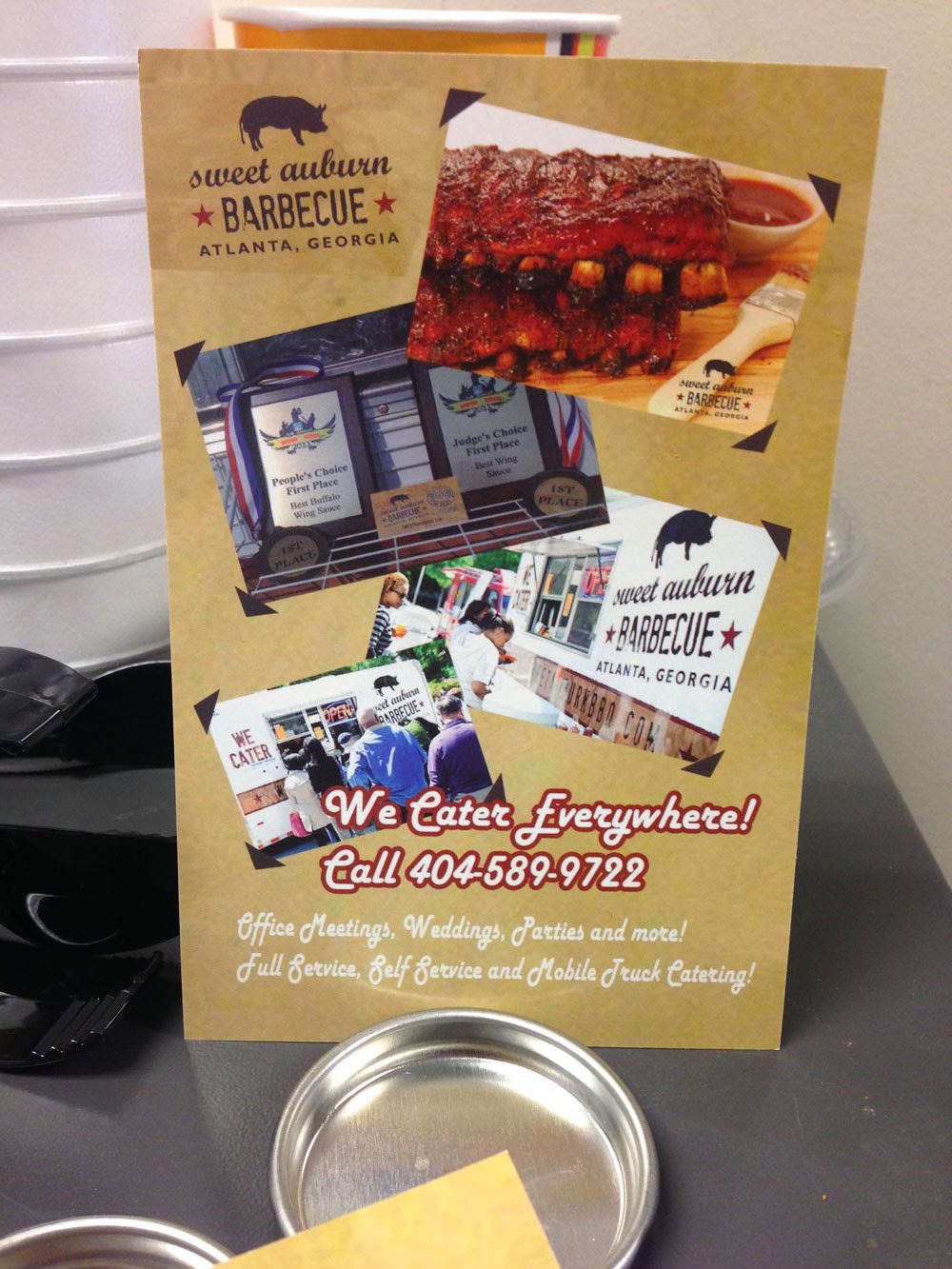 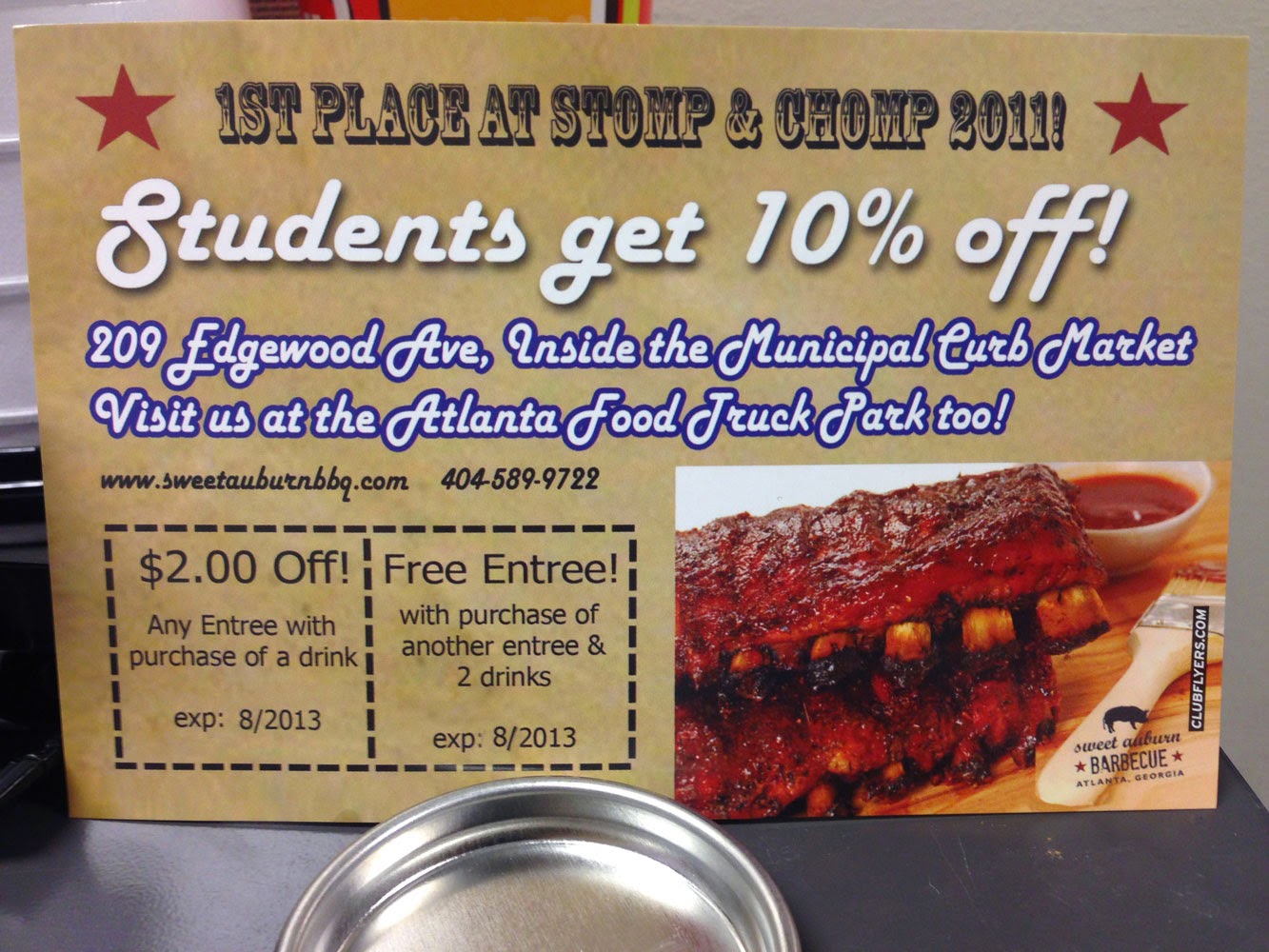 So to conclude, I like this place a lot and will be returning. It's especially good for those who love BBQ and want something a bit different from the regular BBQ haunt.