There, a Gastropub in Brookhaven

(shorter review also posted on Yelp)
There is a self-proclaimed gastropub located at 305 Brookhaven Ave Ste 1200 in Brookhaven, right across from the Costco. The building is brownstone-brick and the first thing you'll see is a green awning with tables for the exterior seating. I parked at the edge of the Costco parking lot and crossed Brookhaven Ave and walked in - basically it was love at first sight. 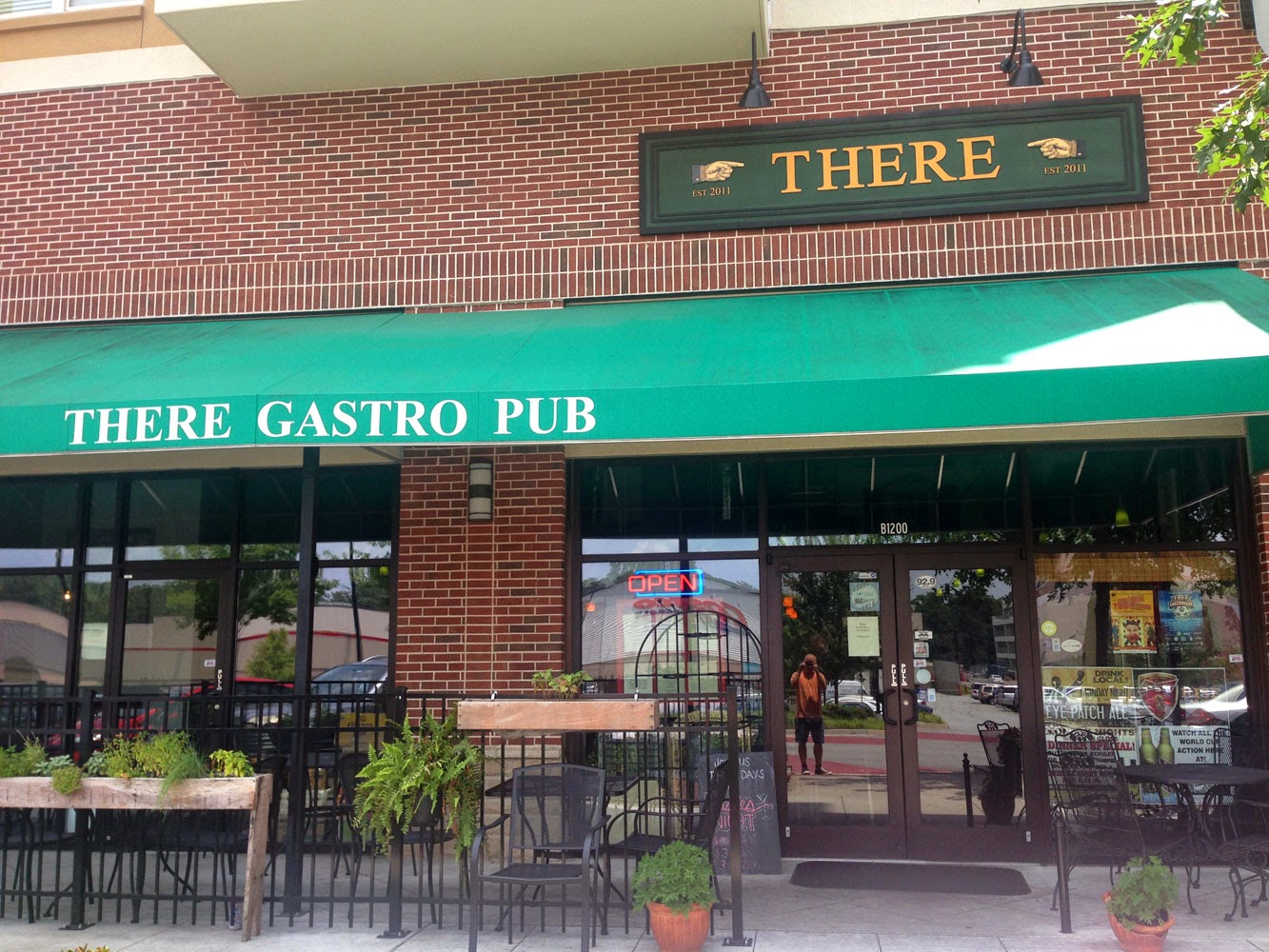 Before I get too much into the restaurant itself I should explain the concept of the gastropub - this is/was a term that was relatively unknown in the US until the 1990's. I believe it all started in the UK with a bit different pub tradition than is known in the US. If you've ever traveled into the British Isles you'll know that pubs are less about going to a place and getting drunk (like in the US) and more about a neighborhood gathering place - you'll frequently see whole families with "wee lit'l babes" and everyone else in the household enjoying a family meal while the adults enjoy a pint of bitters. Things were originally different - more about the drink and less about the food (foods offered would typically center around cold and pickled snacks). This changed when the movement towards real foods began (the pubs started serving shepherd's pie, fish and chips, etc.) in the late 20th century. Neighborhood pubs now are more about community and less about drunkedness (not that this doesn't also occur, the emphasis is just different). In the US pubs frequently surrounded the blue-collar factories up north, to offer up a  beer-or-three for workers exiting shifts as a spot to kill some time before returning home. The emphasis here has always been more on the drink, and less on the food, thus the preponderance of snacky-fried-foods as US pub-foods. .

The movement towards the gastropub in the US, I think coincided with the expansion of craft beers - the kids who most appreciated the "art of beer" wanted something more than a greasy chicken-finger to accompany the higher quality beers that are now available. From this was born the gastropub (basically a portmanteau of gastronomy and pub) currently sweeping the nation. The gastropub There is no exception in regards to this latest and fine obsession with fine beers and upscale foods. 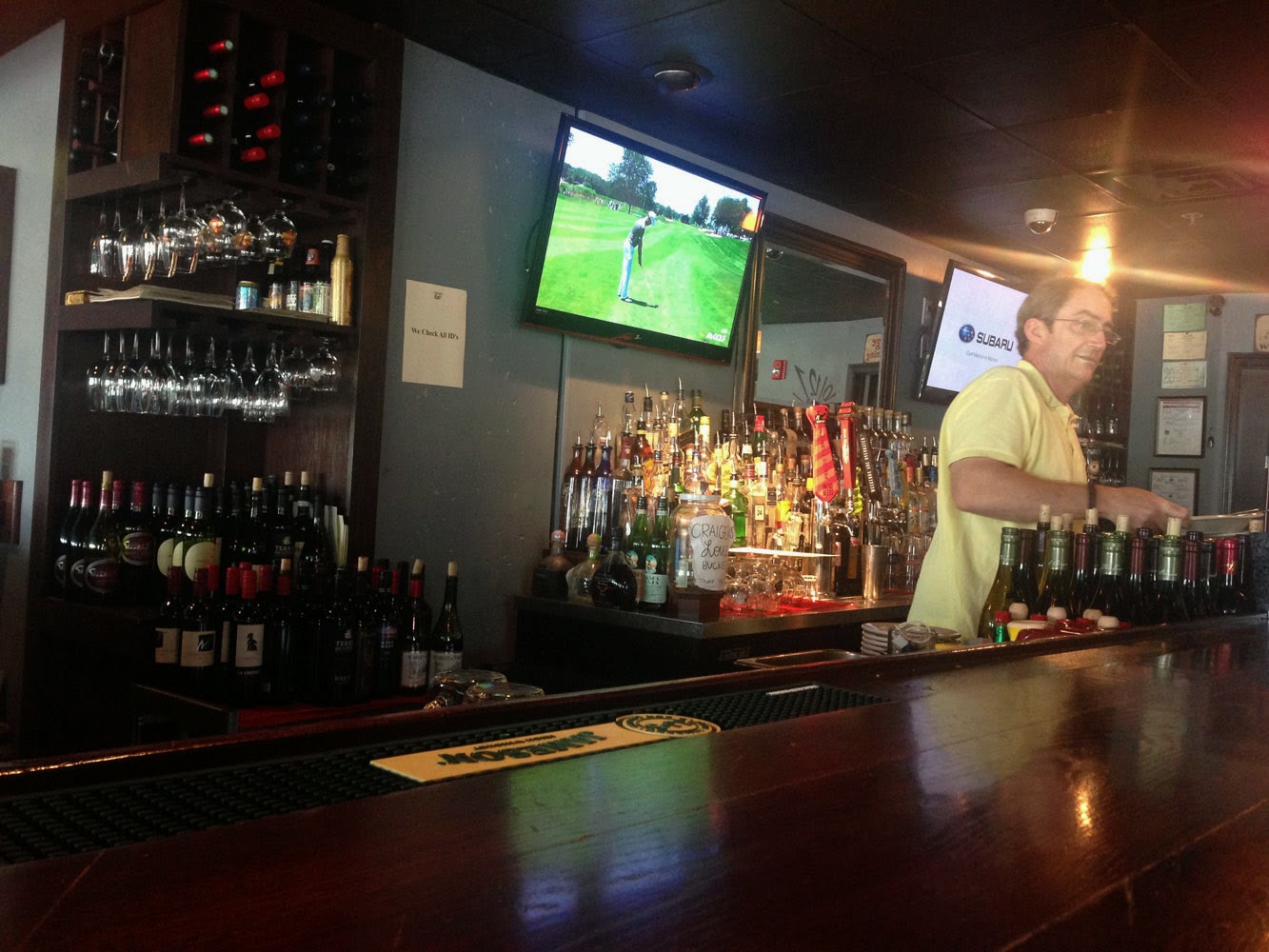 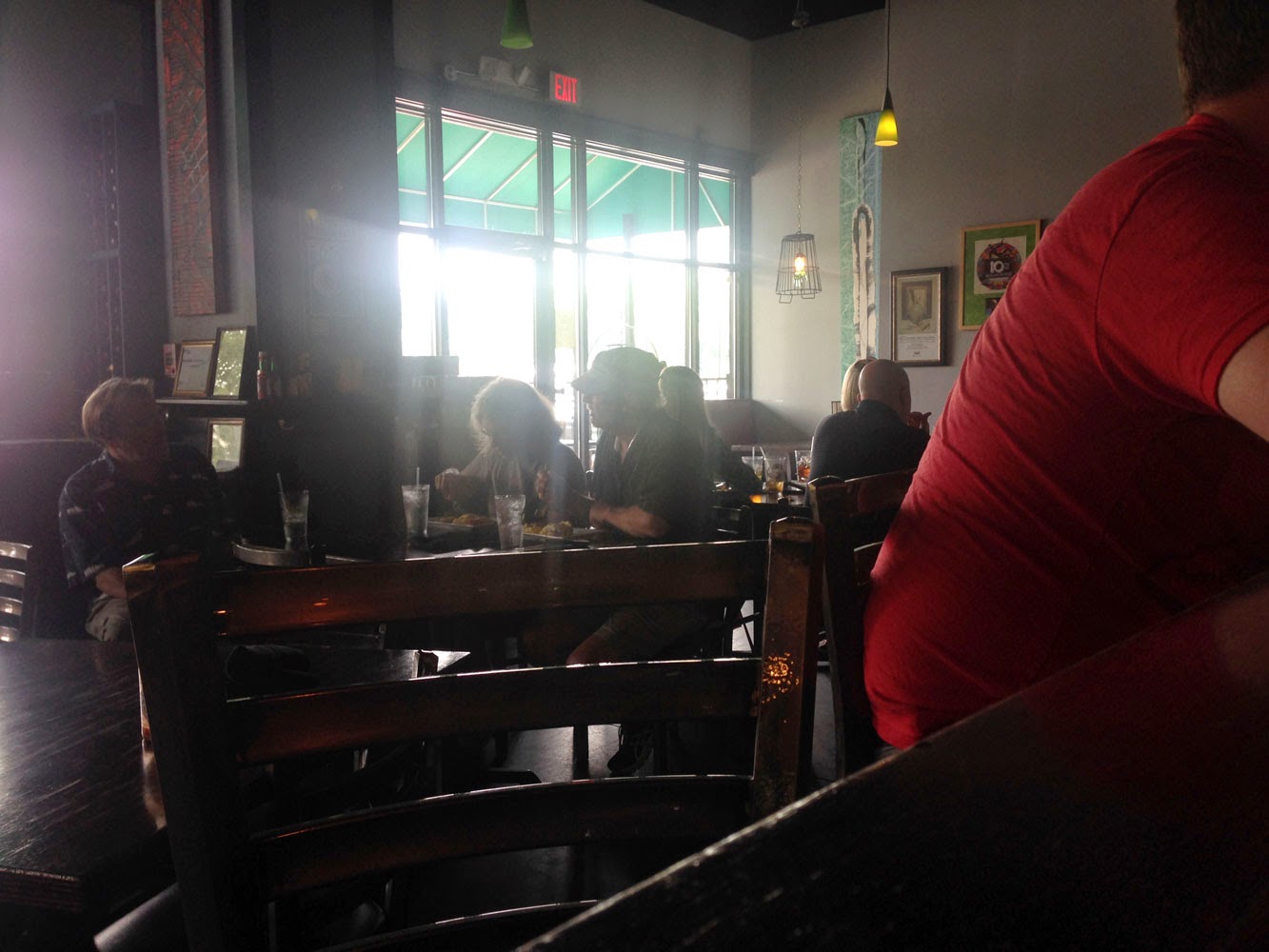 Walking through the front door the first thing you see is the bar - what else? There are tables along the walls and the aforementioned exterior seating - all very homey and pub-like. I arrived around 1:00 PM-ish and originally picked out There as a brunch spot (this was a Sunday) - most of the crowd had already departed so there were only people at about half the tables - I chose to sit at the bar and had a very pleasant conversation with Bill tending bar - it started with a discussion of the menu and naturally gravitated towards the beer - I noticed a lot of Monday Night Brewing taps - and immediately went with the Coffee Imperial IPA - something I hadn't yet tried. It was delicious and I was responsible for demolishing several pints. 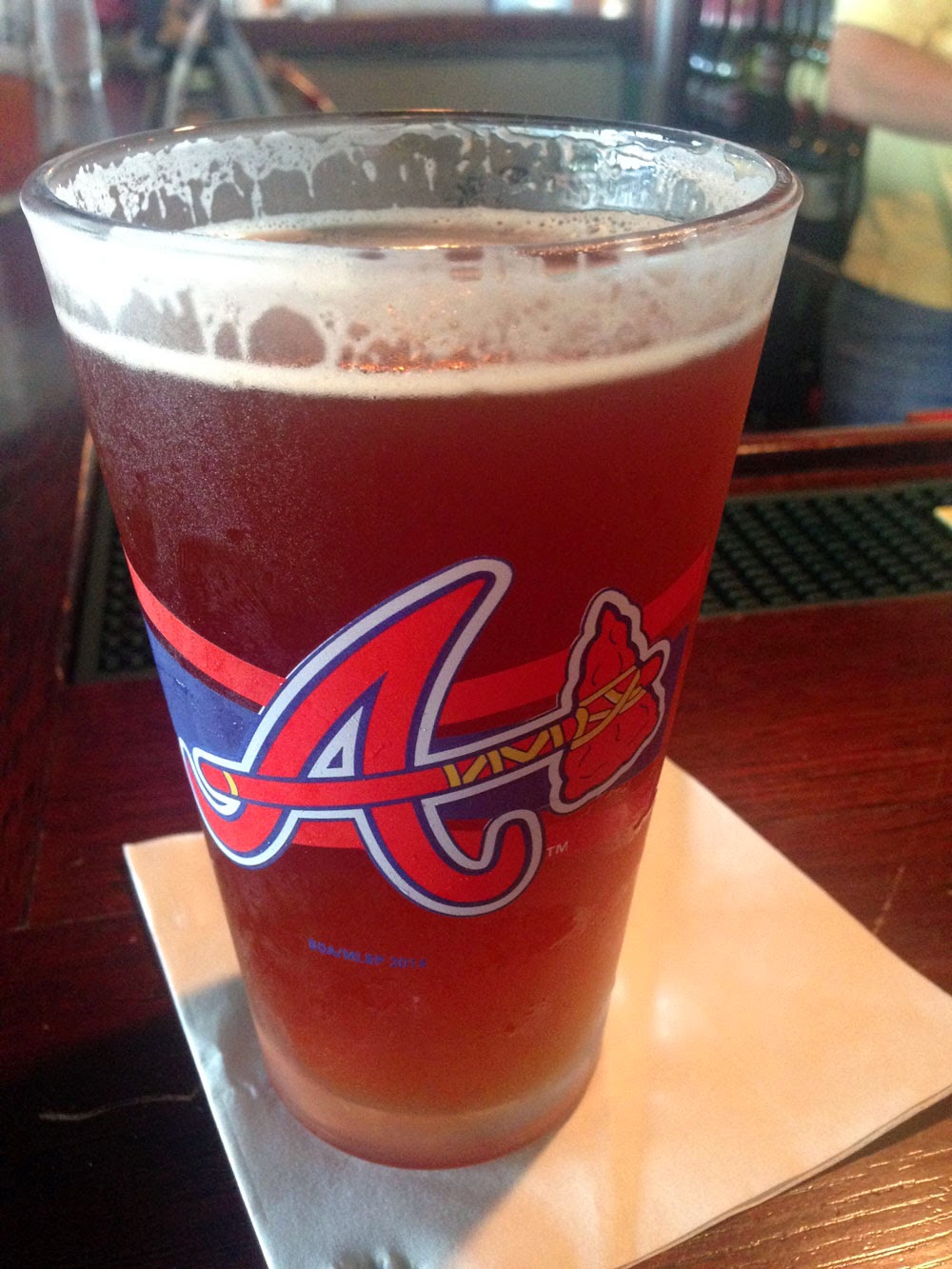 Due to my change of plans (I don't drink beer with breakfast foods - the best laid plans and all that), I started looking over the other menu items - quite a bit to digest there (sorry about the puns). I settled on the Seared Pork Belly with fresh Kimchi and Cascabel sauce. I really enjoyed this dish as it reminded me of  Sam-Gyup-Sal (inverted wok pork-belly - if you haven't tried Honey Pig in Duluth you're missing out). The pork-belly was on the edge of crispy with a fair bit of caramelization topped with "kimchee" - in all quite good and worth ordering. My only thought and something I voiced to Bill when he asked how I liked it was that the kimchee could use a bit more fermentation and his reply was that it was fresh and he asked if I was a chef? I told him that even a week of exposure would give it a bit of fermentation and improve the acid, something that the fat needed in my opinion and told him about my cooking experience. This is when the usual 5-degrees of separation conversation happens and I was introduced to many people in the kitchen who knew some of my former coworkers at Indigo. Small world in the Atlanta culinary scene. 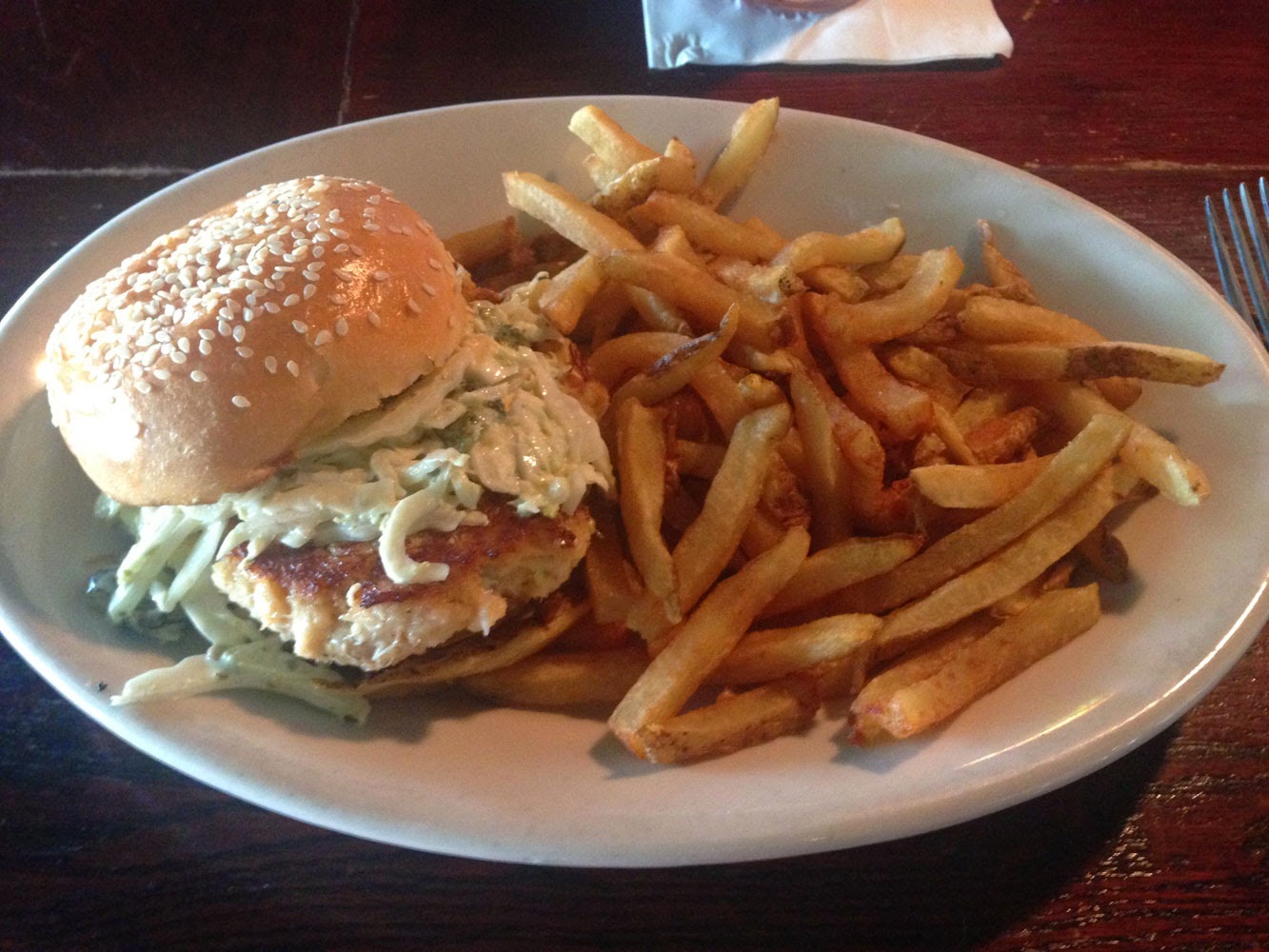 For an entrée I ordered the Crab Cake Sandwich - blue claw crab with fresh poblano slaw. This was also quite good and could use a little punch in my opinion (I like a stronger contrast in flavors than most - I think most of you would find it just fine) - next time I order a side of spicy mustard or a remoulade if they have it. Not that I would slater the sandwich with it, but it's nice to have something vinegary with the richness of the crab. The fries were nothing to write home about - fresh cut but a bit limp - next time I'll sub something else. 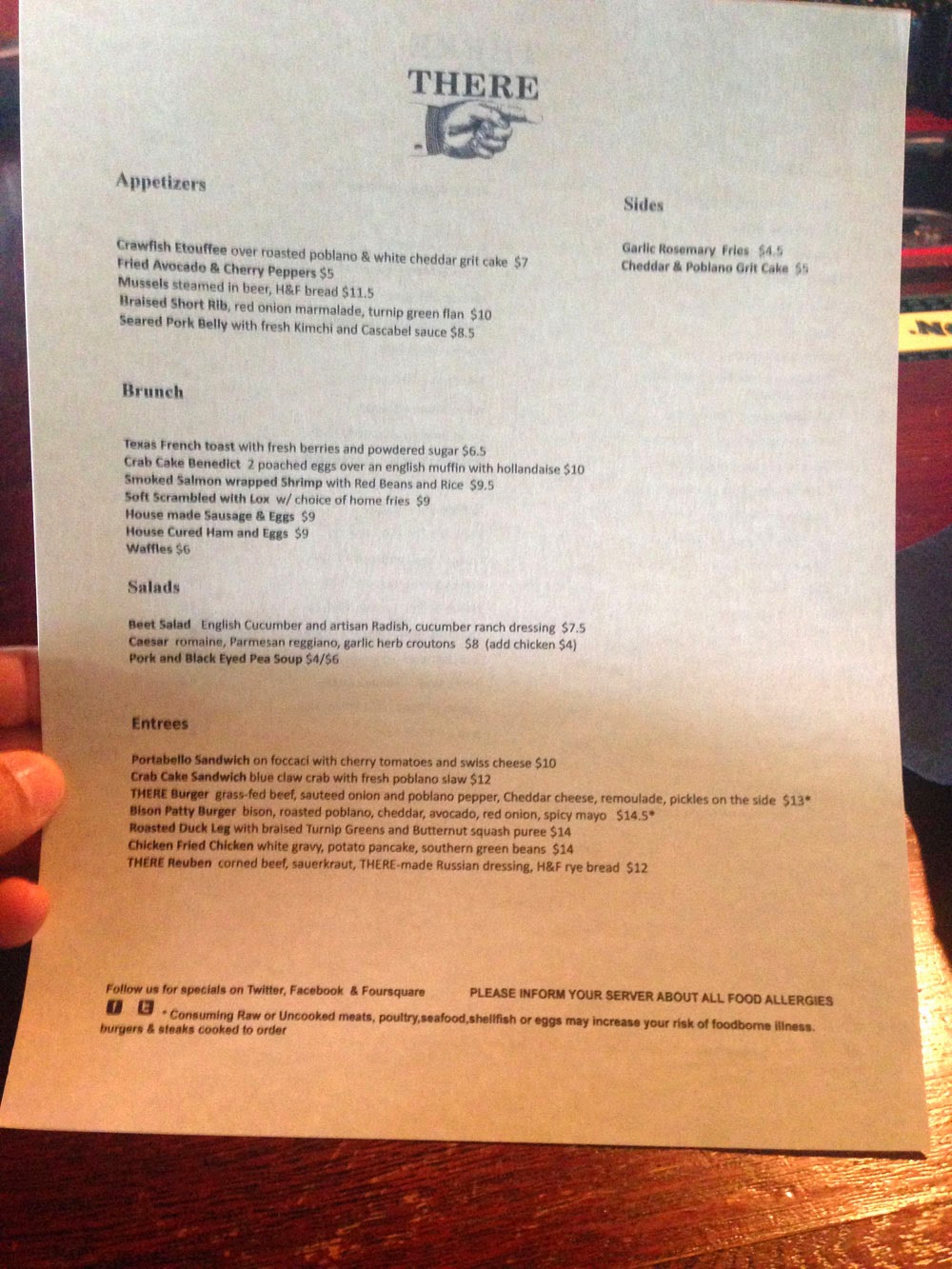 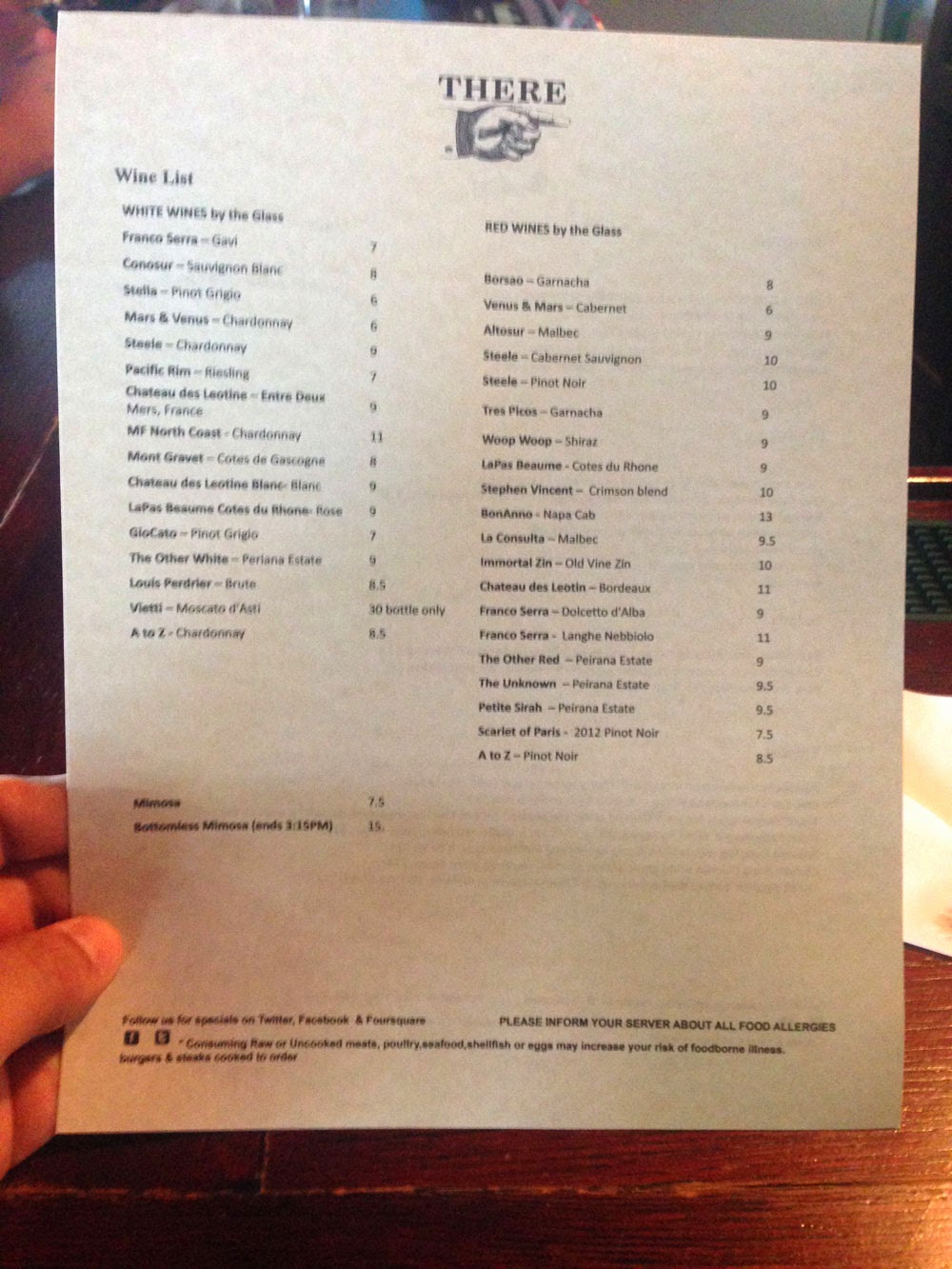 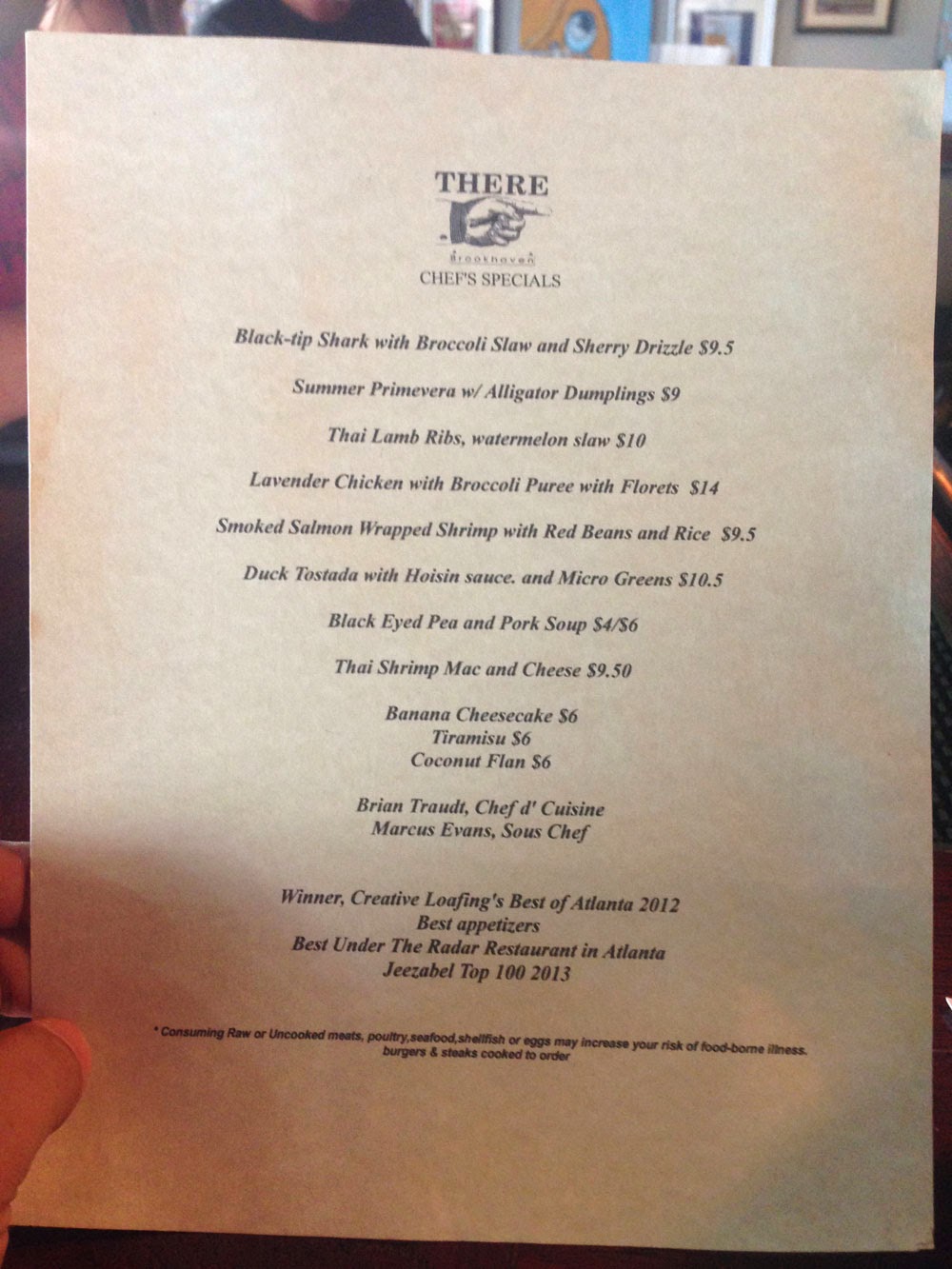 After sitting for a bit a trio of jazz musicians set up and began playing by the entry. Nothing better than fine live music, a full belly and a great pint of beer! I think I spent about an hour-and-a-half in the pub and thoroughly enjoyed myself. Brookhaven certainly deserves and needs this fine establishment and hope them great success. I plan on investigating the location for our seasonal holiday party at work - I think the setting and food would endear my coworkers to this gastropub much as it has impressed me towards returning. 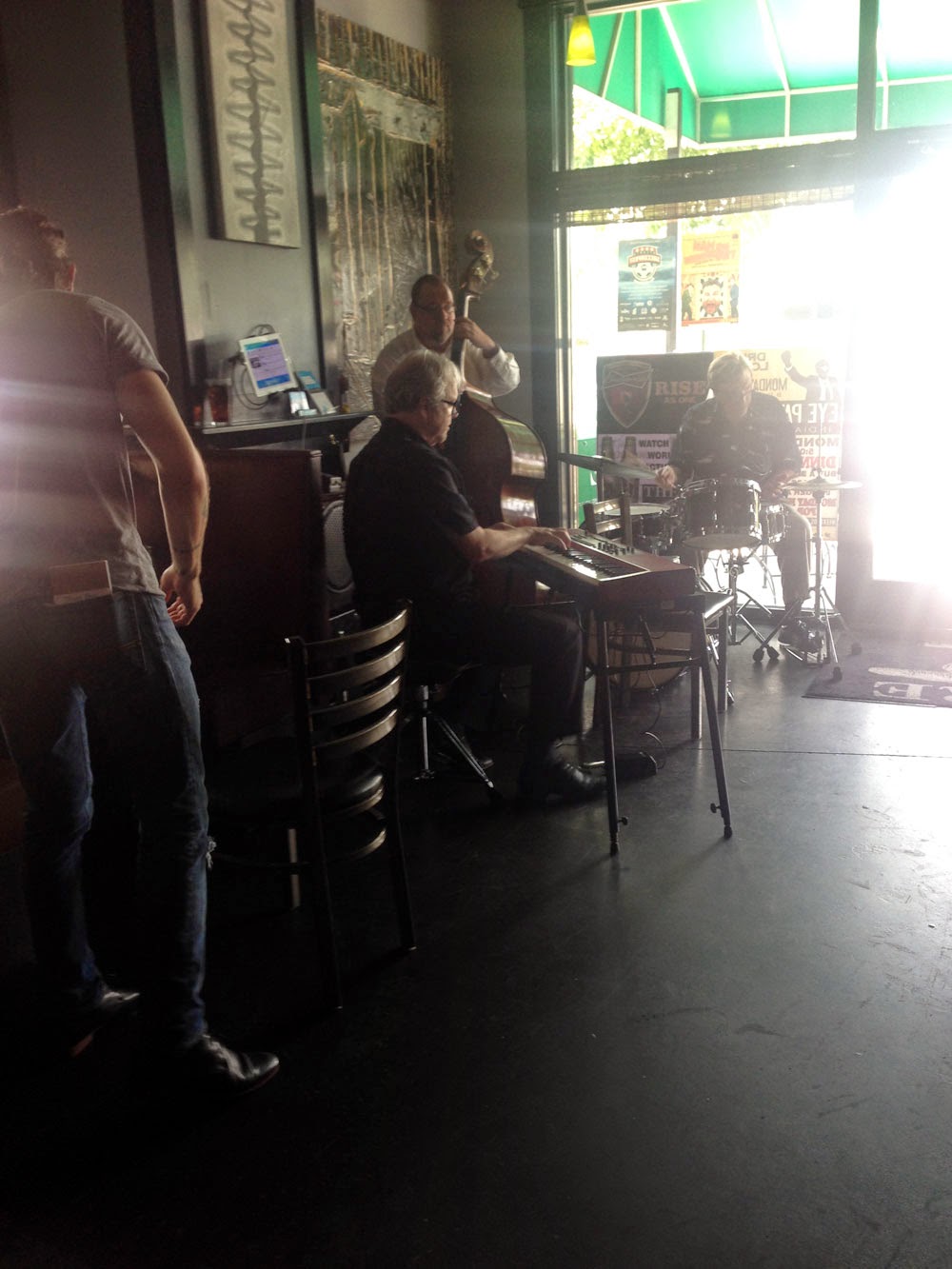