(a shorter version of this review also posted to Yelp)
Tap (a gastropub) is the eighth of nine stops (one more to go!) as part of "Eat the Peachtree 2014" - I called it the "Peachtree Road Crawl" in my Twitter and Facebook posts as the event was going on. Locate all the posts along with an intro if you search my blog with ETP2014. We walked from restaurant to restaurant in search of the best flavors and drinking venues in Atlanta, while enjoying the same sights as you would while running the Peachtree Road Race. 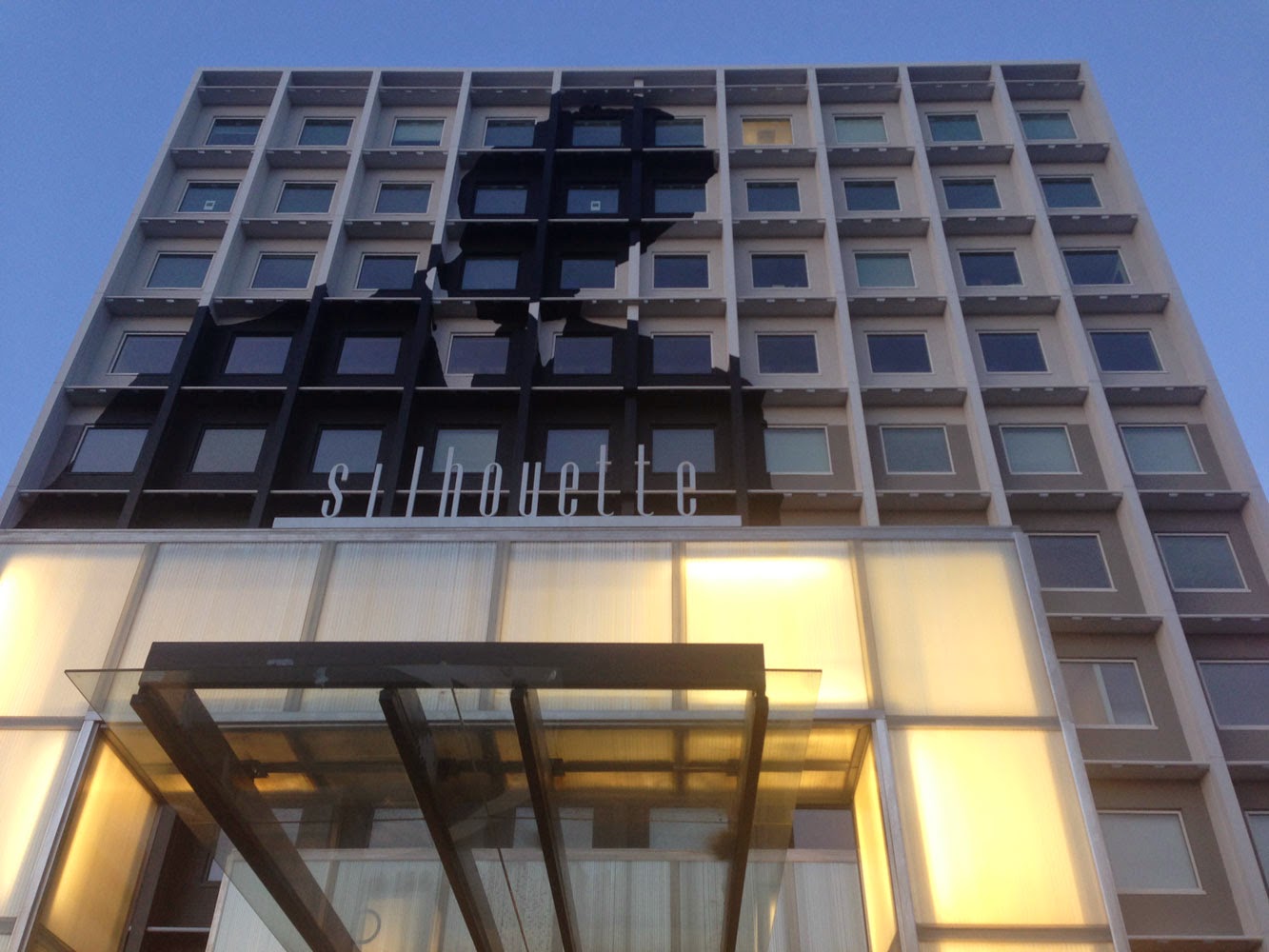 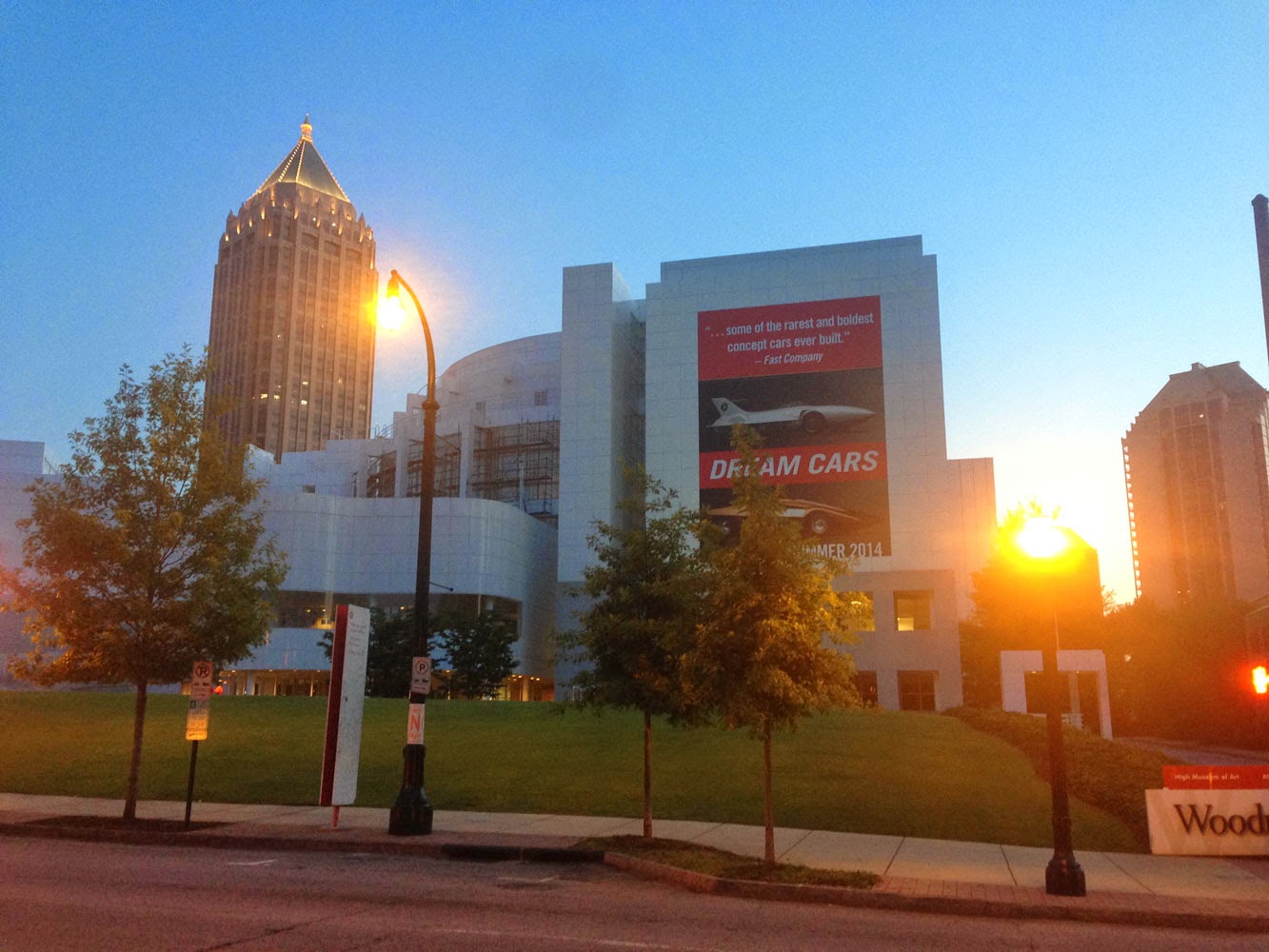 A bit further and you come to Tap, a Gastropub just North of 14th St at 1180 Peachtree St NE - I've visited before a couple of times for drinks, it's an especially nice location when your finished with the High, MODA or on your way to the Fox for a show. The building is all concrete and steel with glass everywhere while the interior is a combination of modernist and English pub. Tap is part of a larger chain of restaurants and pubs including Two Urban Licks, One Midtown Kitchen and Juniper and Ivy (there are about 3-4 others). They all feature interesting menus, huge beer collections and at some locations, live entertainment. 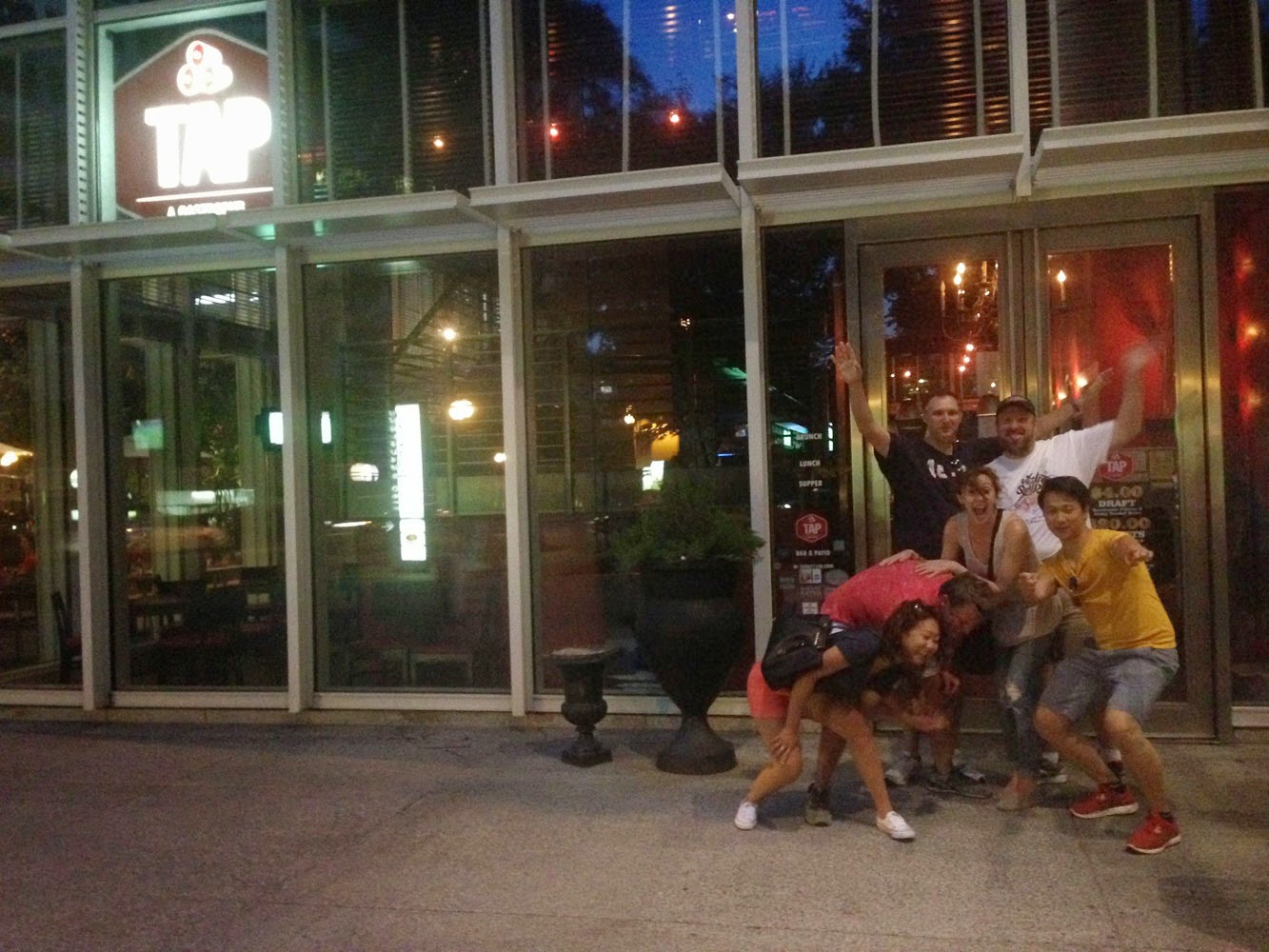 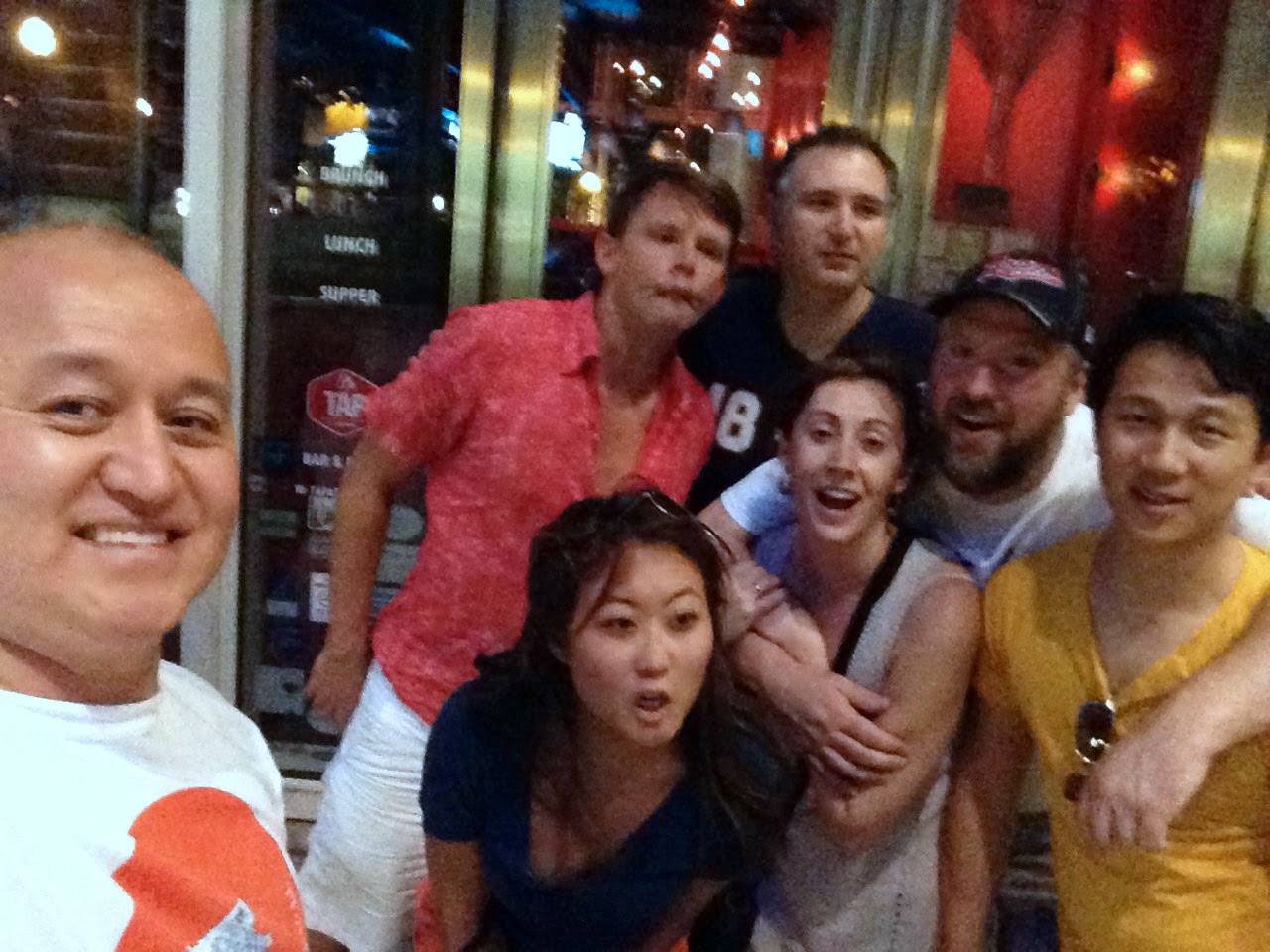 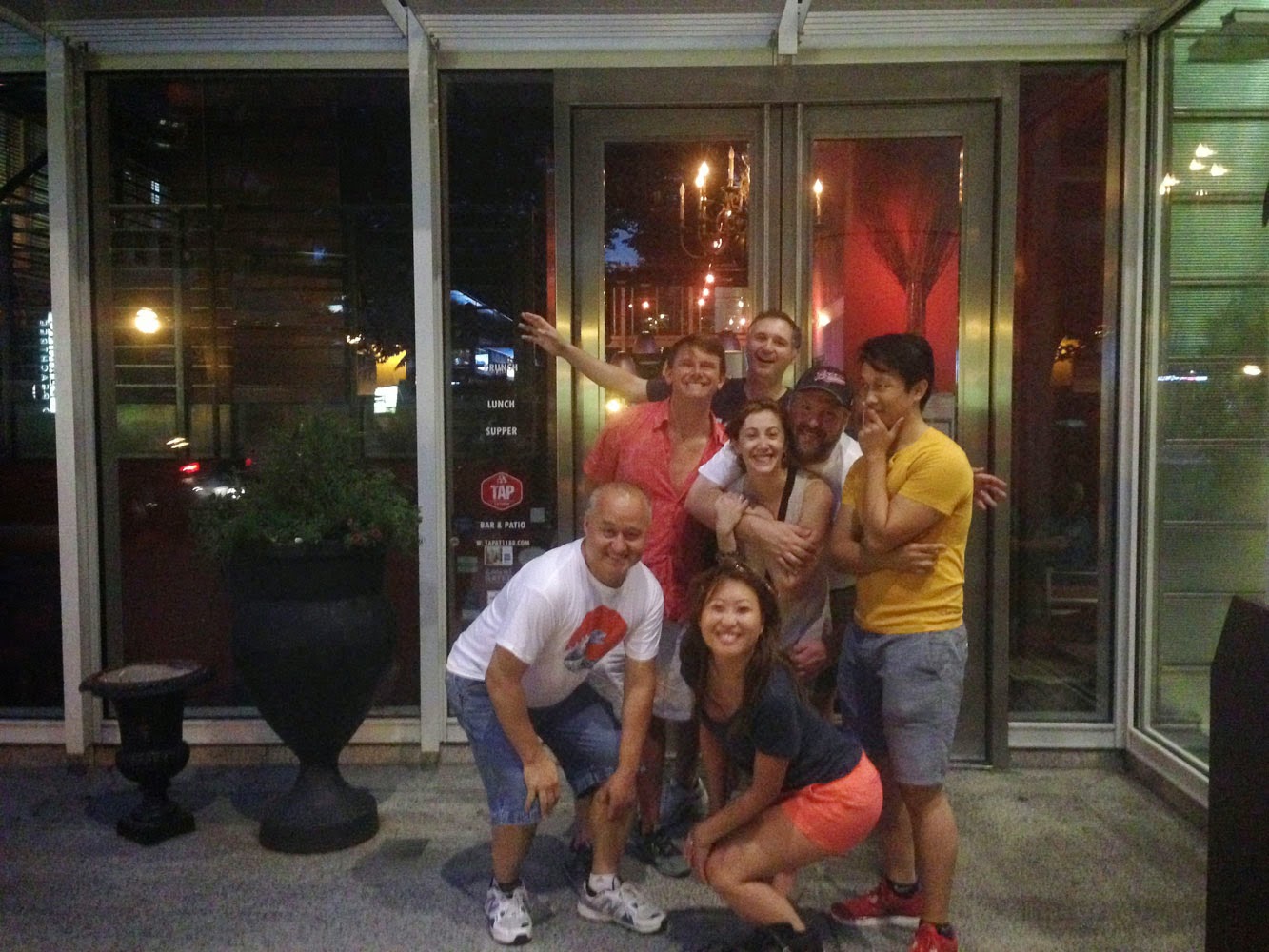 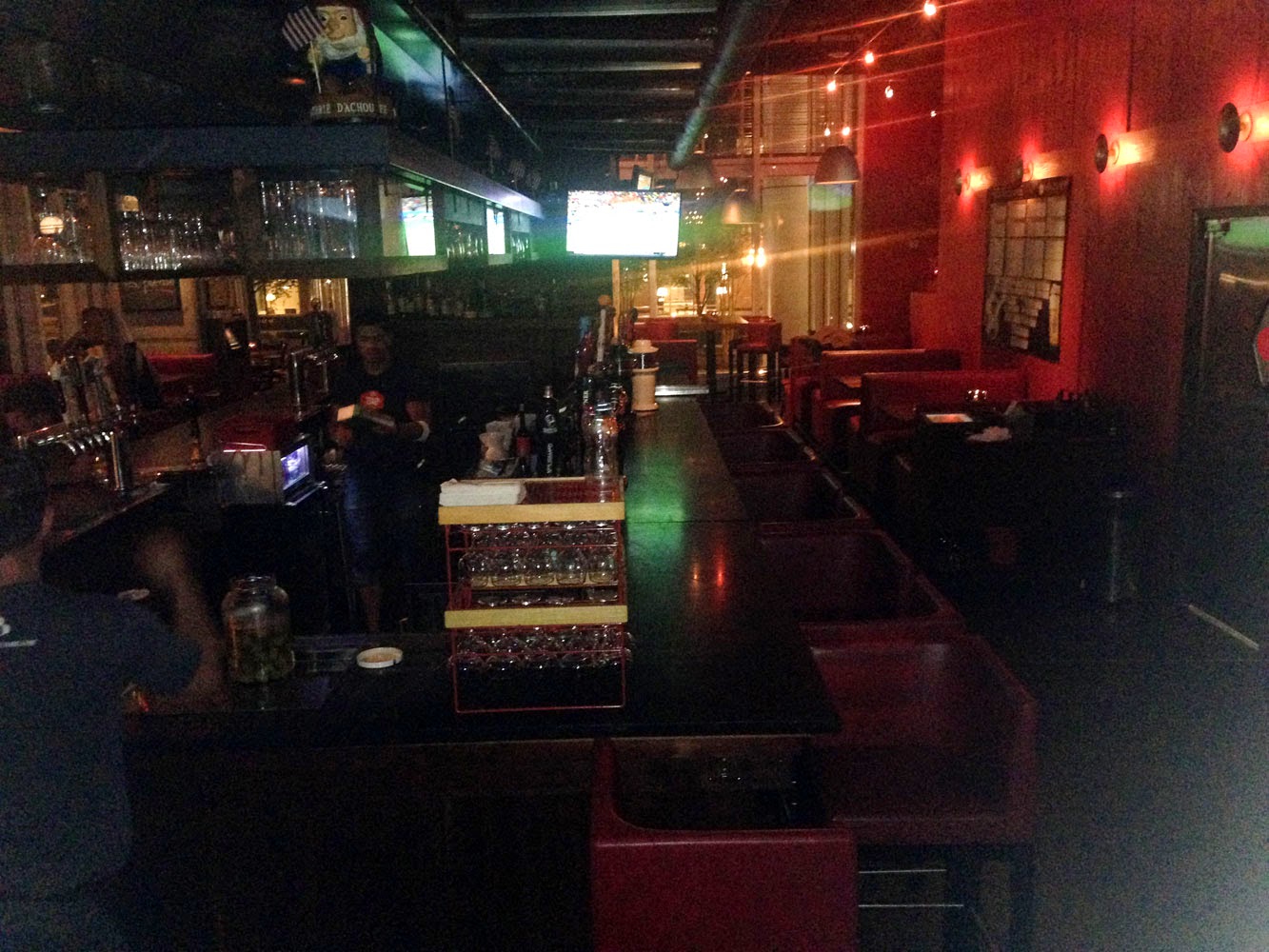 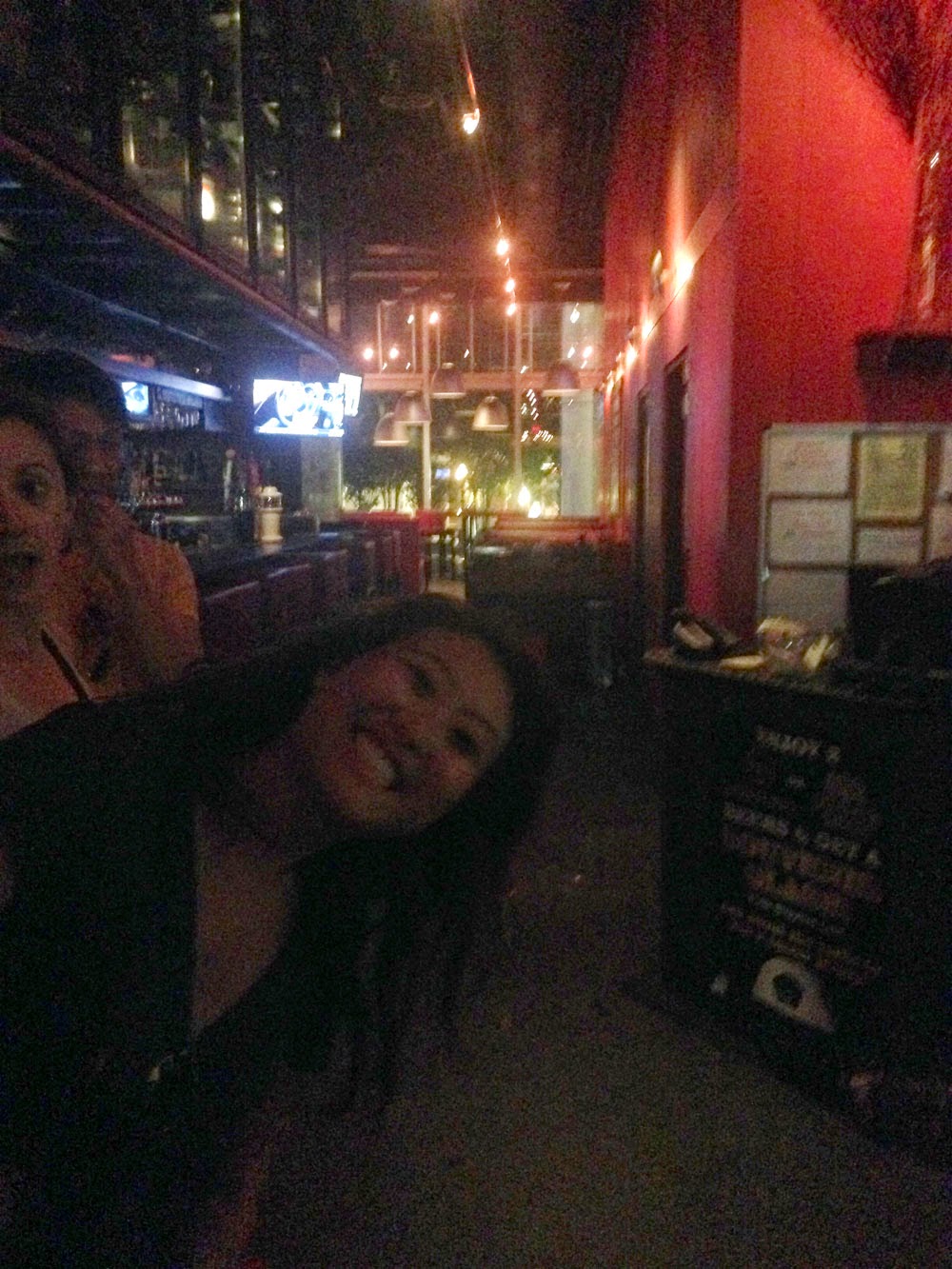 We decided that by this point (definitely evening, I think it was around 9:30 PM), we were a bit too sweaty to eat inside so we marched out to the patio. The patio is quite special, with great views of passers-by and unbroken views of Peachtree St (this would be one of the spots I would dig to watch the Peachtree Rd Race). By the time we arrived at Tap we were getting both a bit buzzed and needed some fuel, so we decided to order something a bit more definitive here. The menu is more extensive than some with a separate drink and beer list of specials/seasonals, then a small booklet containing most of the signature menu items. 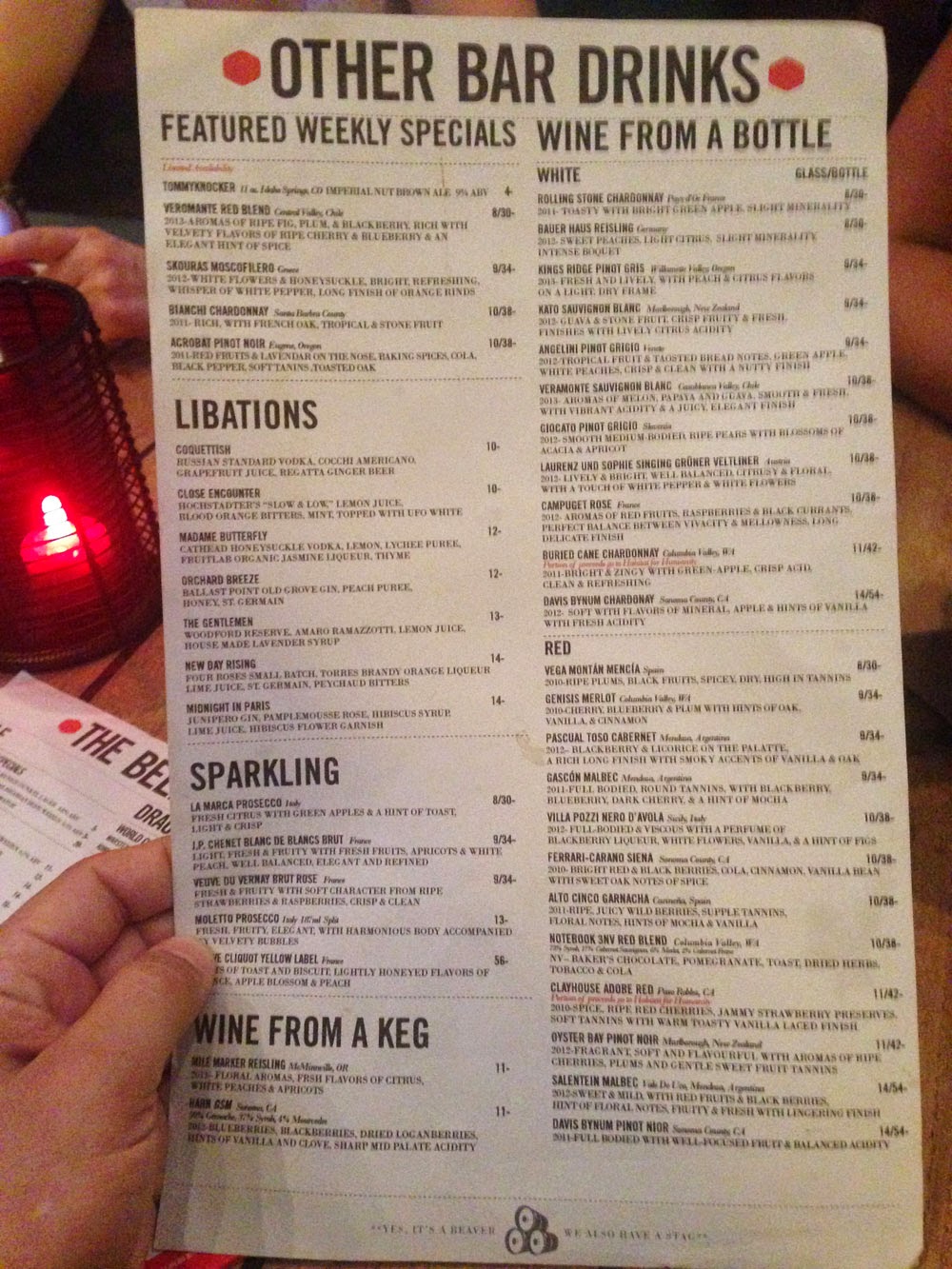 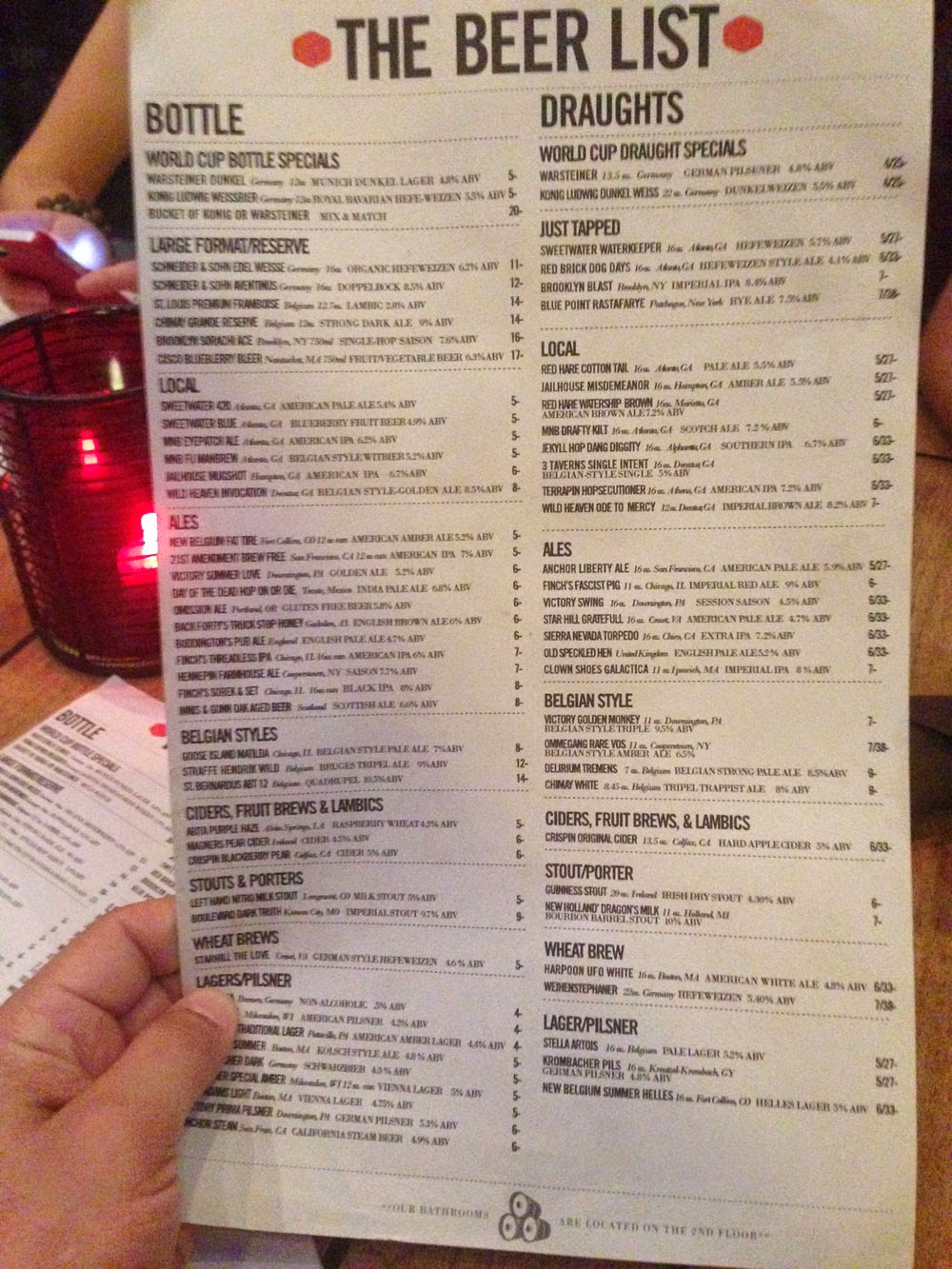 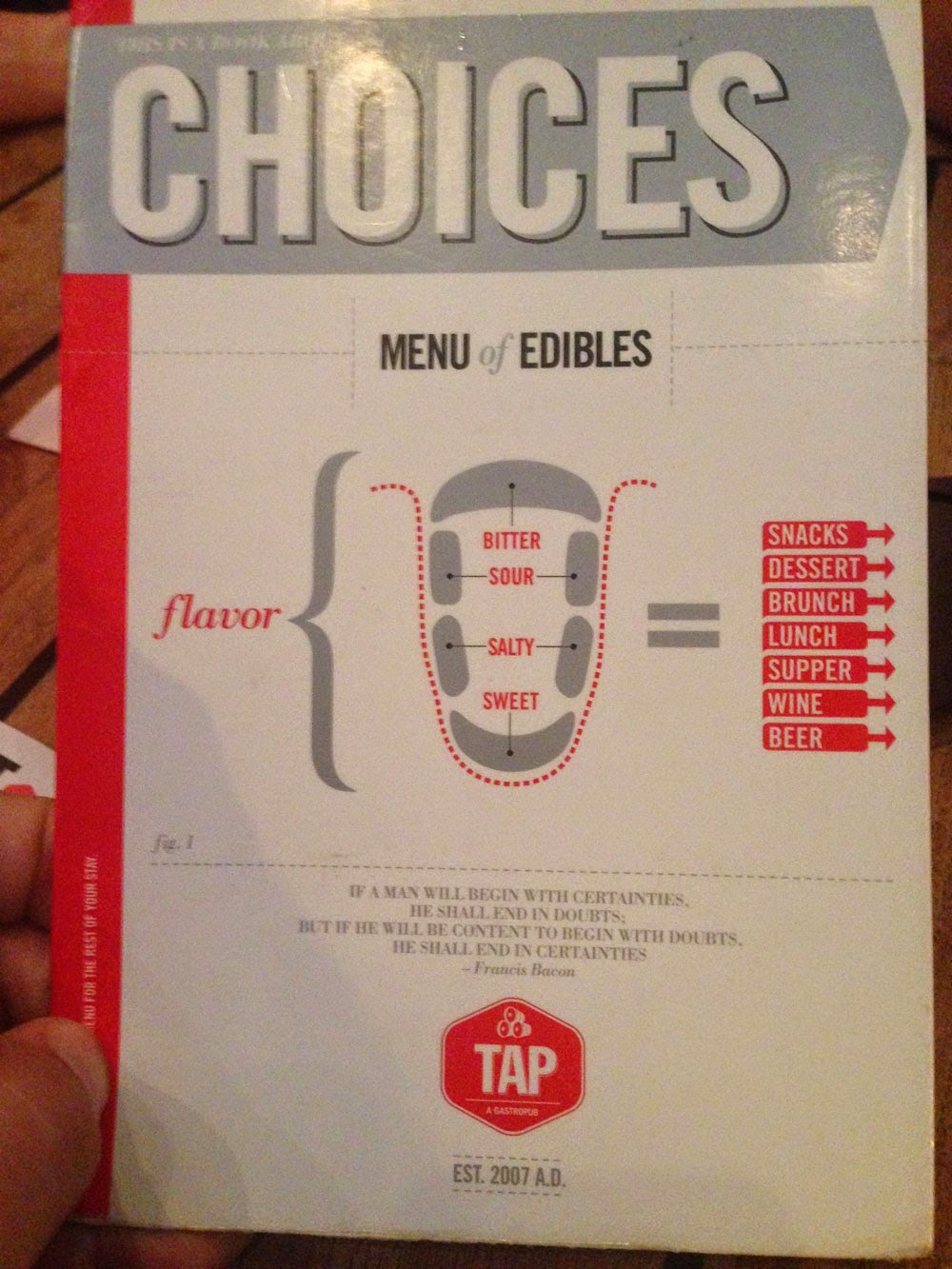 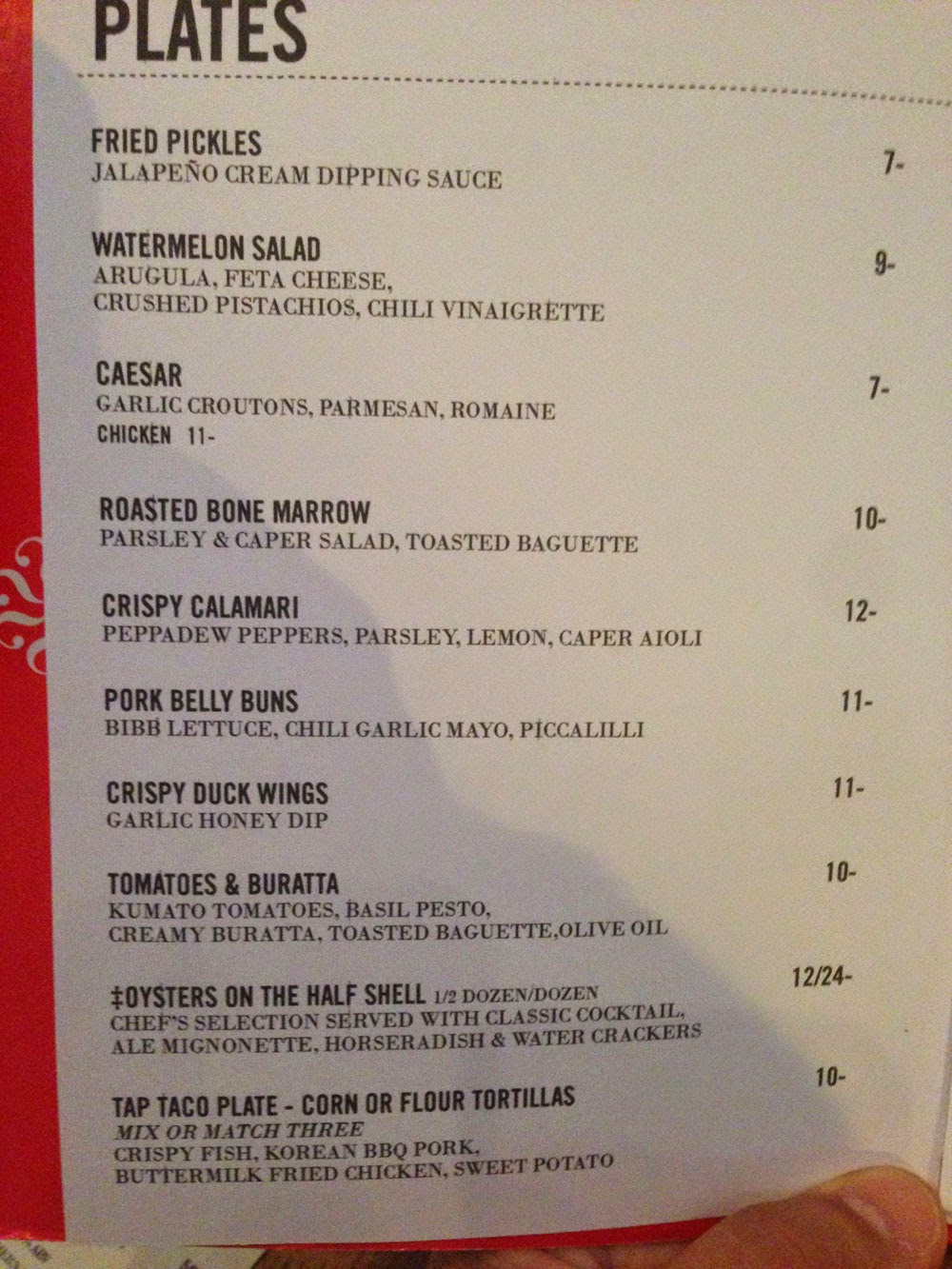 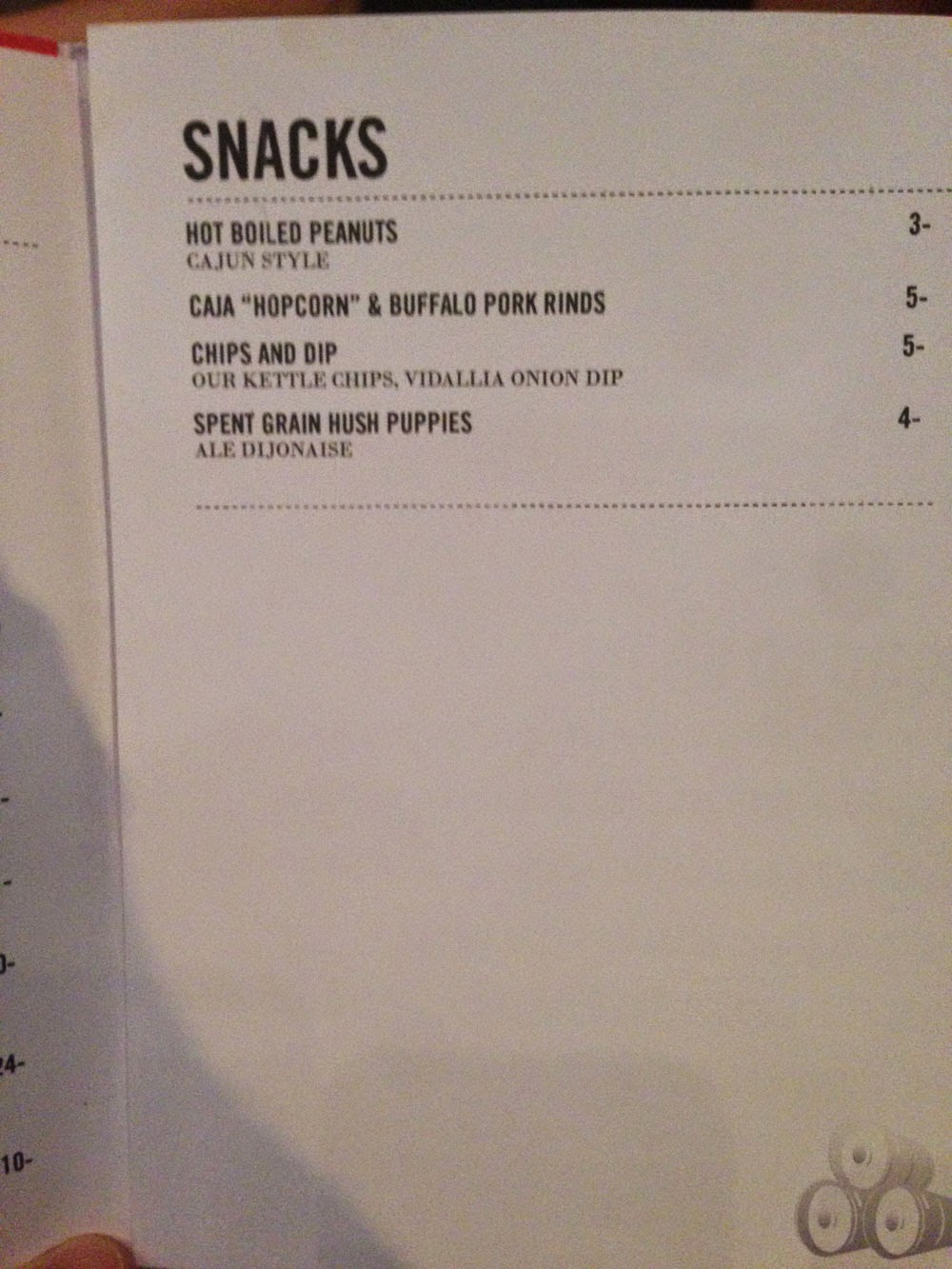 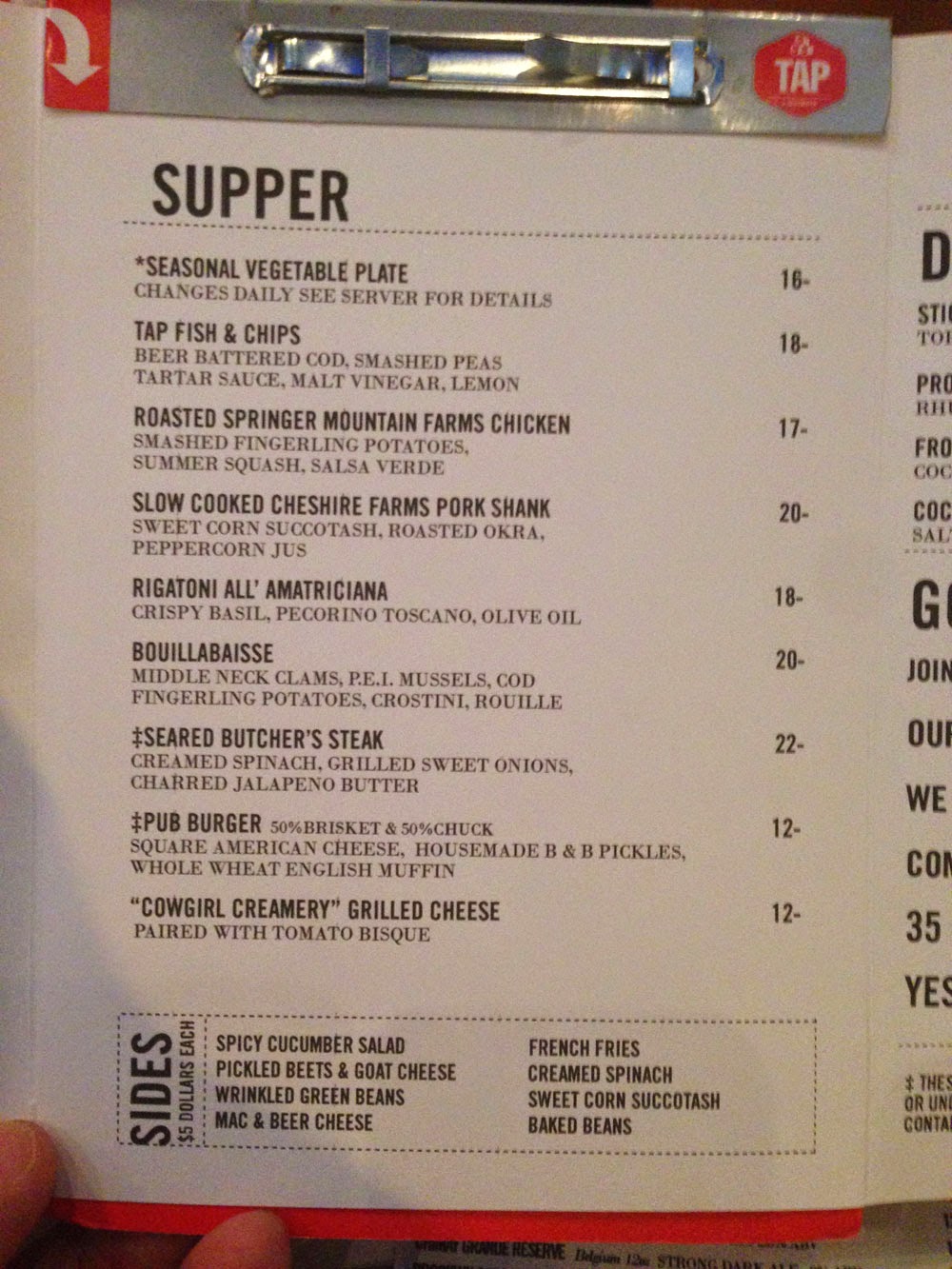 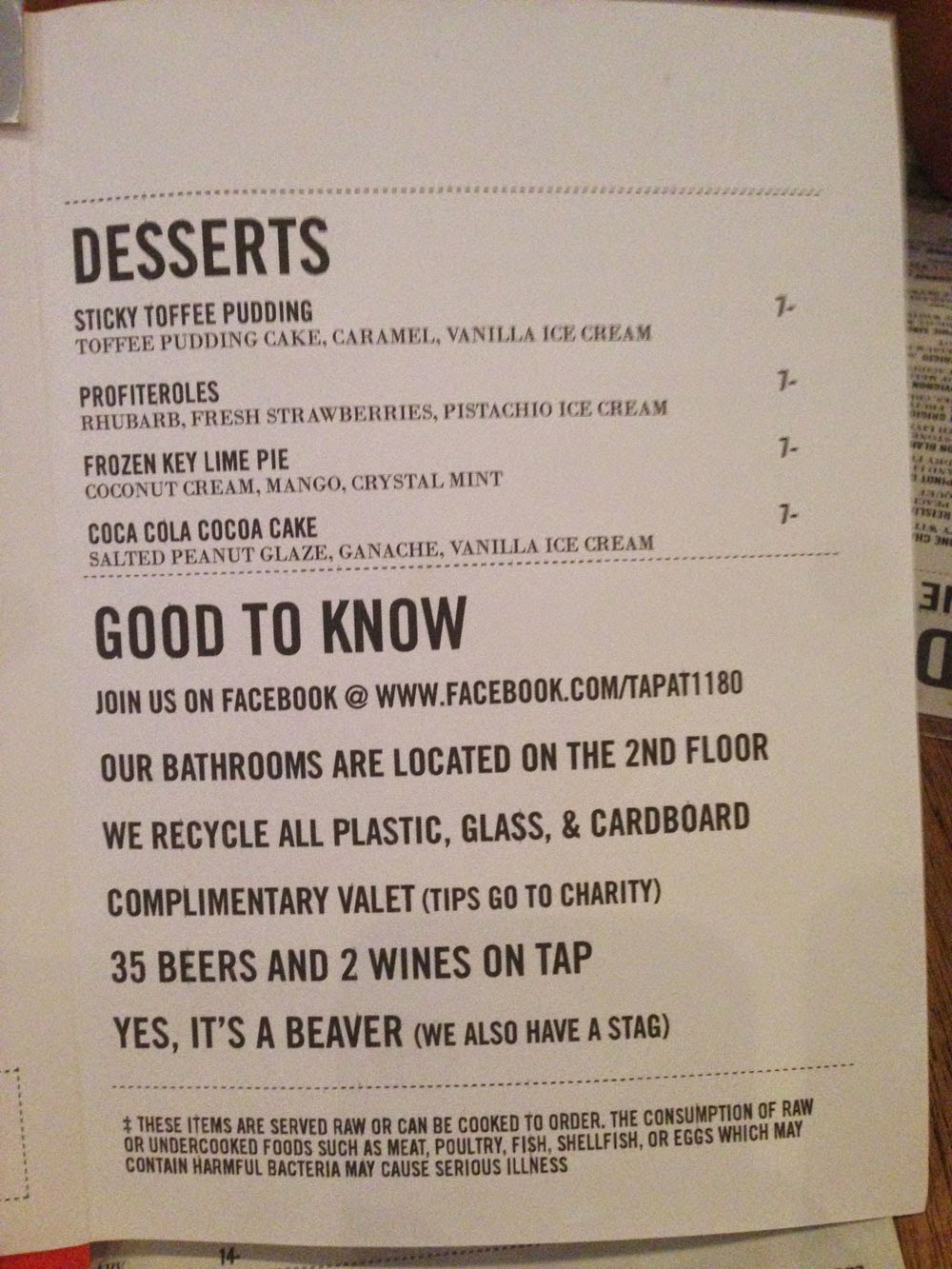 I ordered one of my favorites, New Holland's Dragon's Milk Stout - if you haven't tried this you're really missing out. Rich with dark flavors and a hint of chocolate, it's truly delicious - also at 10% alcohol you get the buzz that you pay for. I only did one though - by the time I got to the bottom of the glass everything was starting to catch up with me. 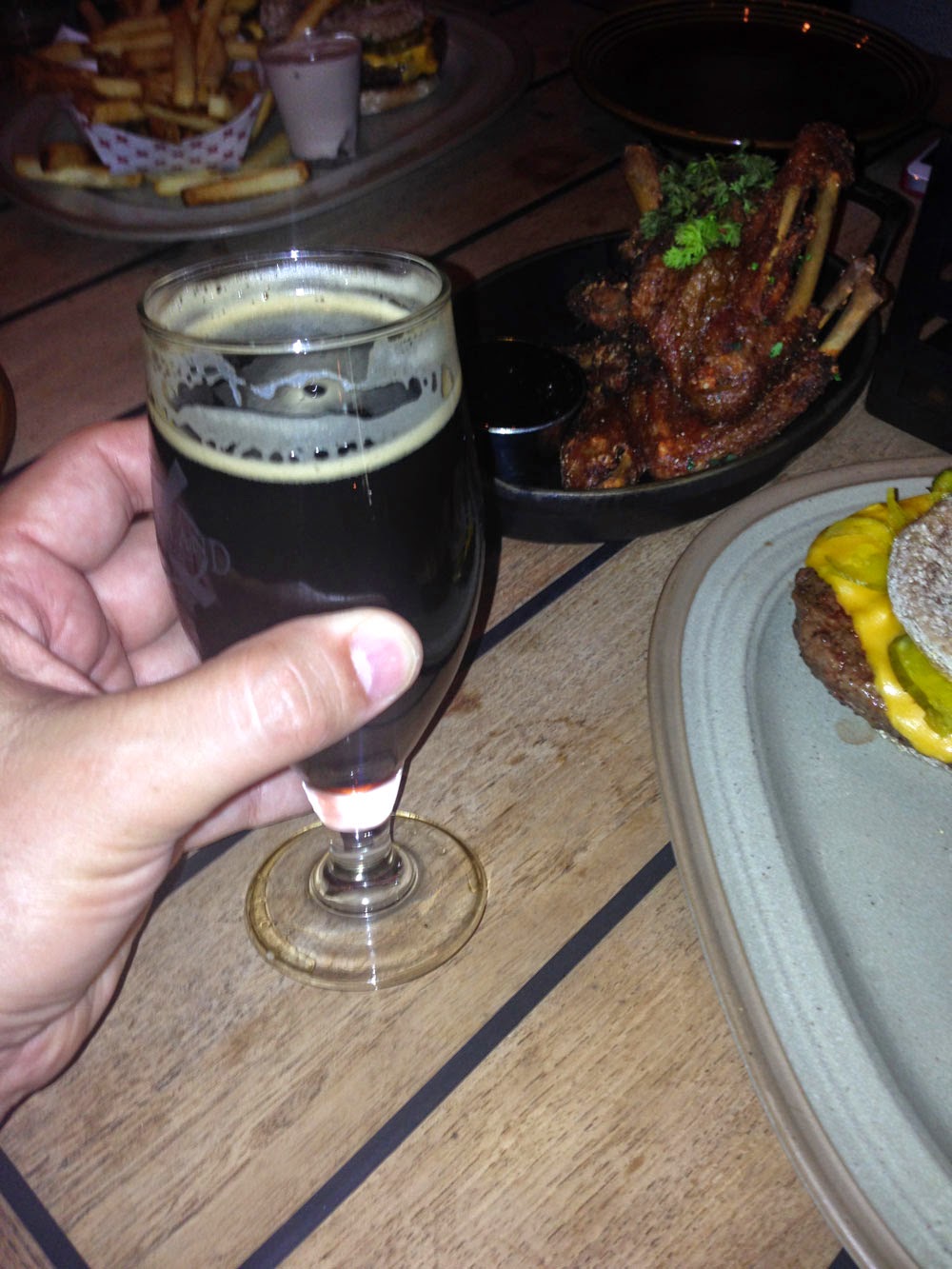 For food we decided on:

Crispy Duck Wings - served with a garlic honey dip
These were quite good, cooked until most of the fatty bits are rendered out but still retaining the flavors so you don't really need the dip, it's just a bonus. 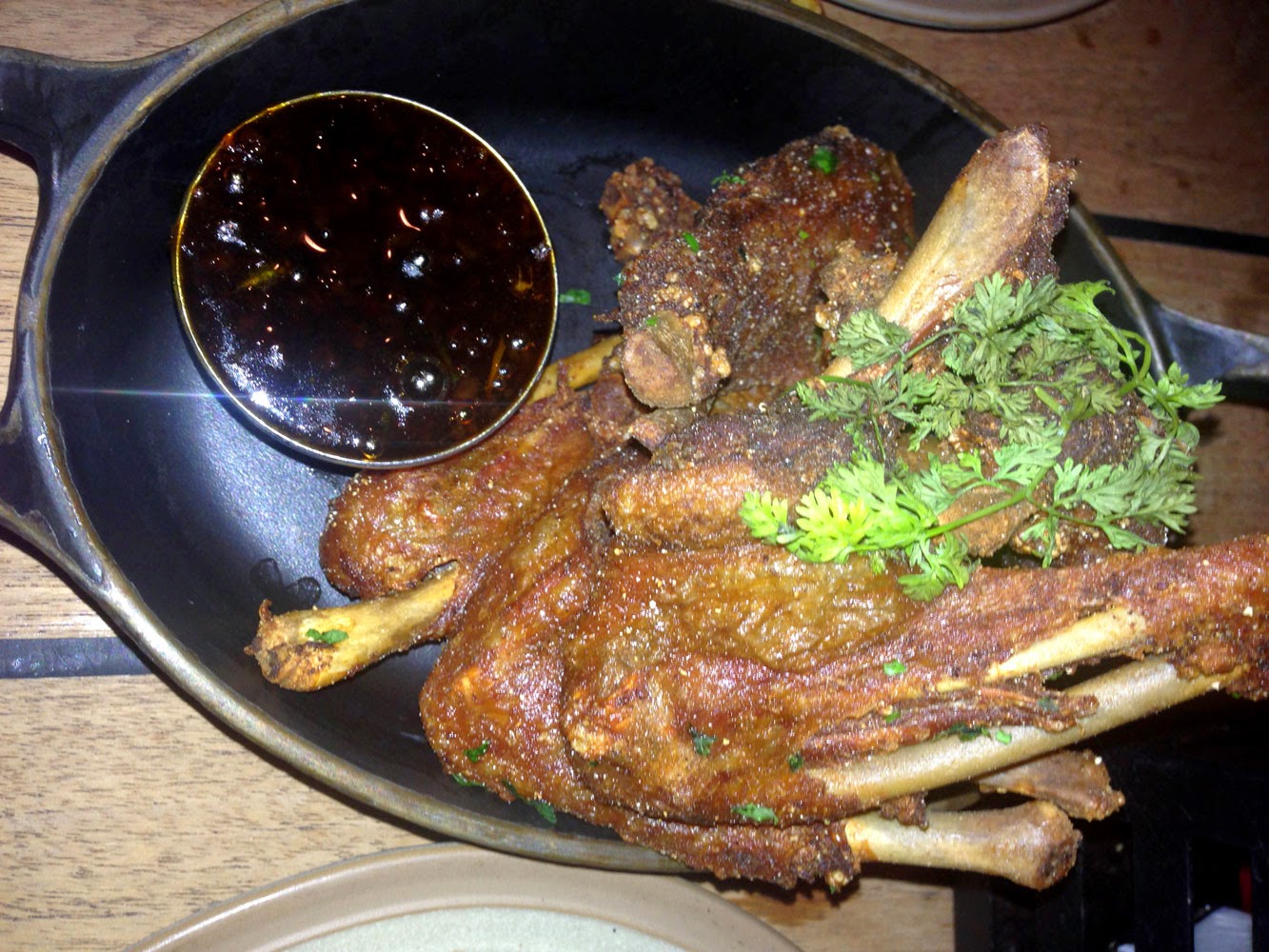 Pub Burger - 50% brisket and 50% chuck, American chees, homemade bread and butter pickles served on a whole wheat English Muffin
We ordered two so they could be quartered and everyone would get a bite. Also each came with a side, so we got fries on one and the mac-and-cheese on the other (this latter was quite good). 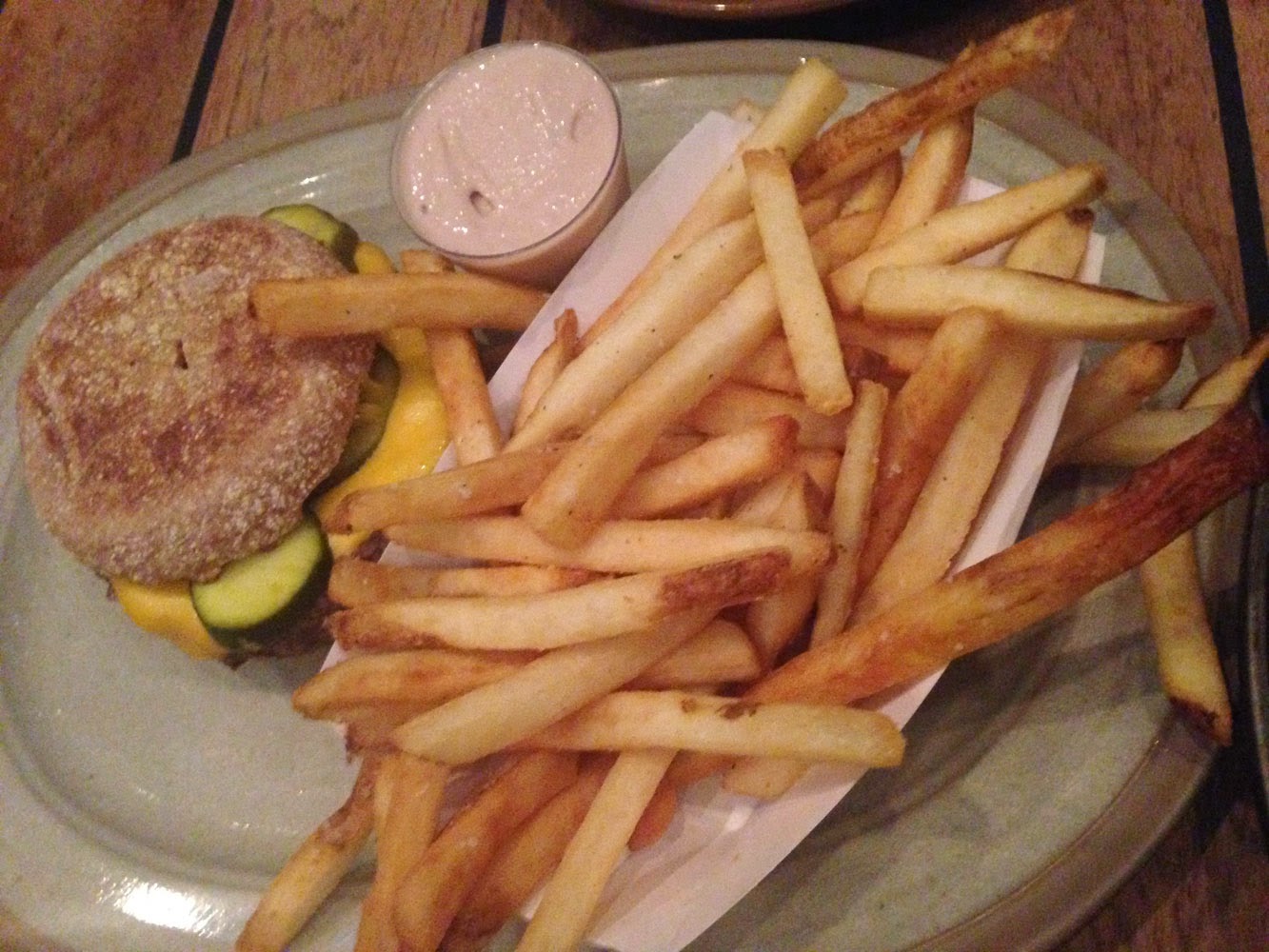 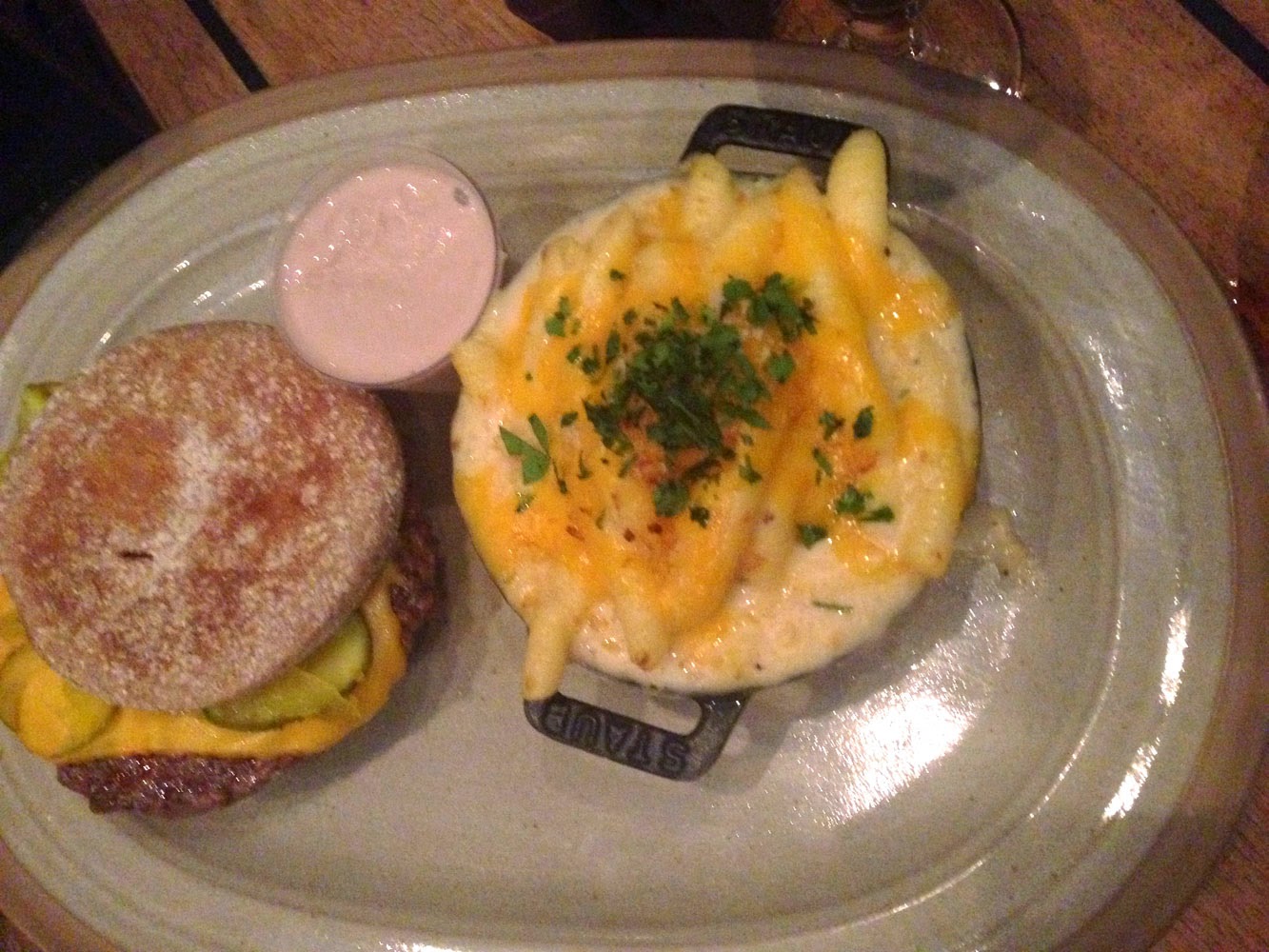 The service was good but slow (maybe relaxed is a better term), I didn't feel like we were being slighted but it took a while to get our food and drinks (the place wasn't busy for a Saturday night - not much going on the evening of July 5th I guess). As with other restaurants I've encountered, this might be due to our being on the patio instead of being at an interior table - I'm not sure. I'd like to return and sample more of the regular menu and make an evening of it. 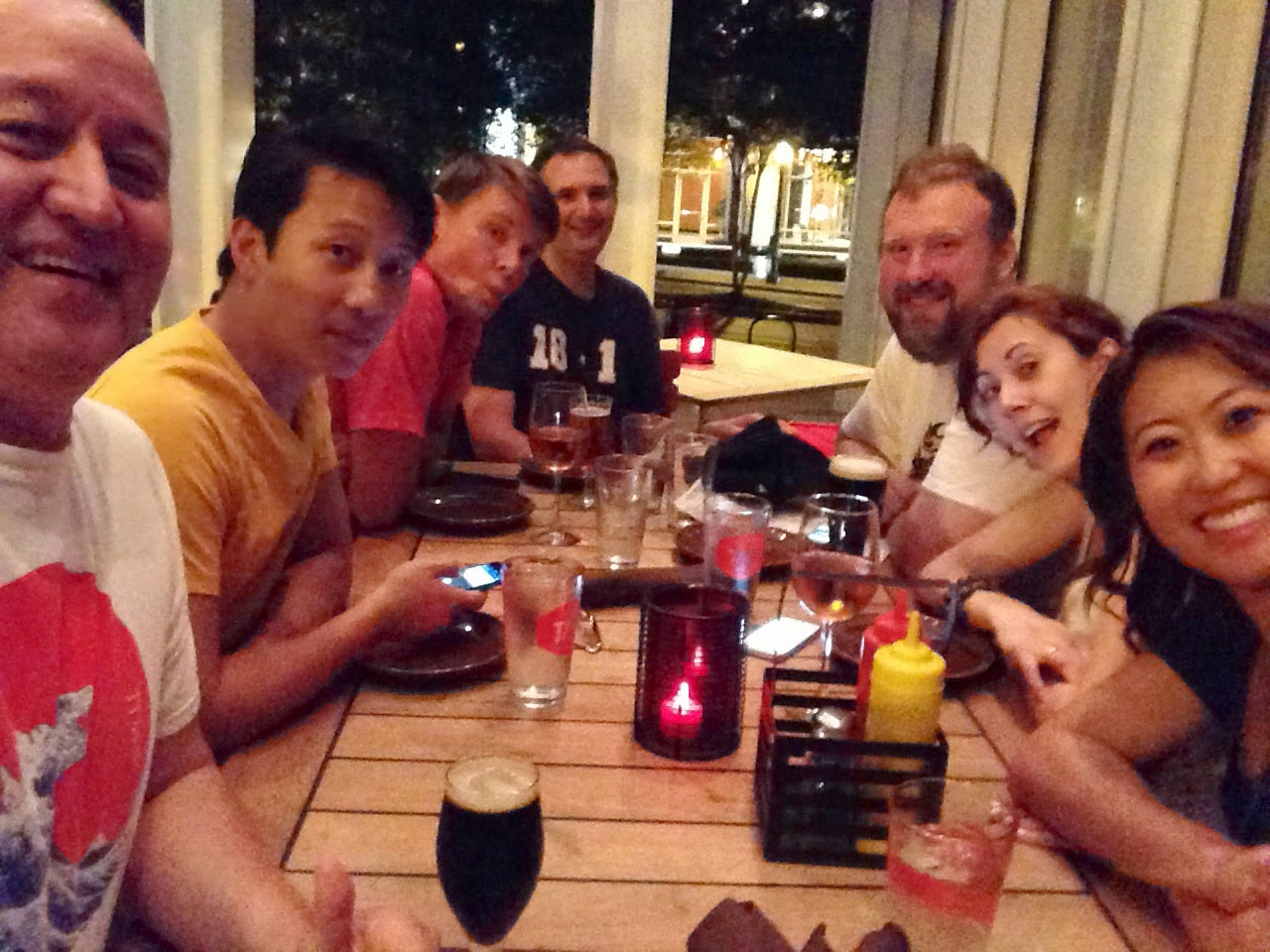 We hung out at the Tap for a bit before continuing to our final location, The Nook, which is near the end of the race along Piedmont Park.