This was the second of nine stops as part of "Eat the Peachtree 2014" - I called it the "Peachtree Road Crawl" in my Twitter and Facebook posts as the event was happening. Locate all the posts along with an intro if you search my blog with ETP2014. We walked from restaurant to restaurant in search of the best flavors in Atlanta, while enjoying the same sights as you would while running the Peachtree Rd Race. 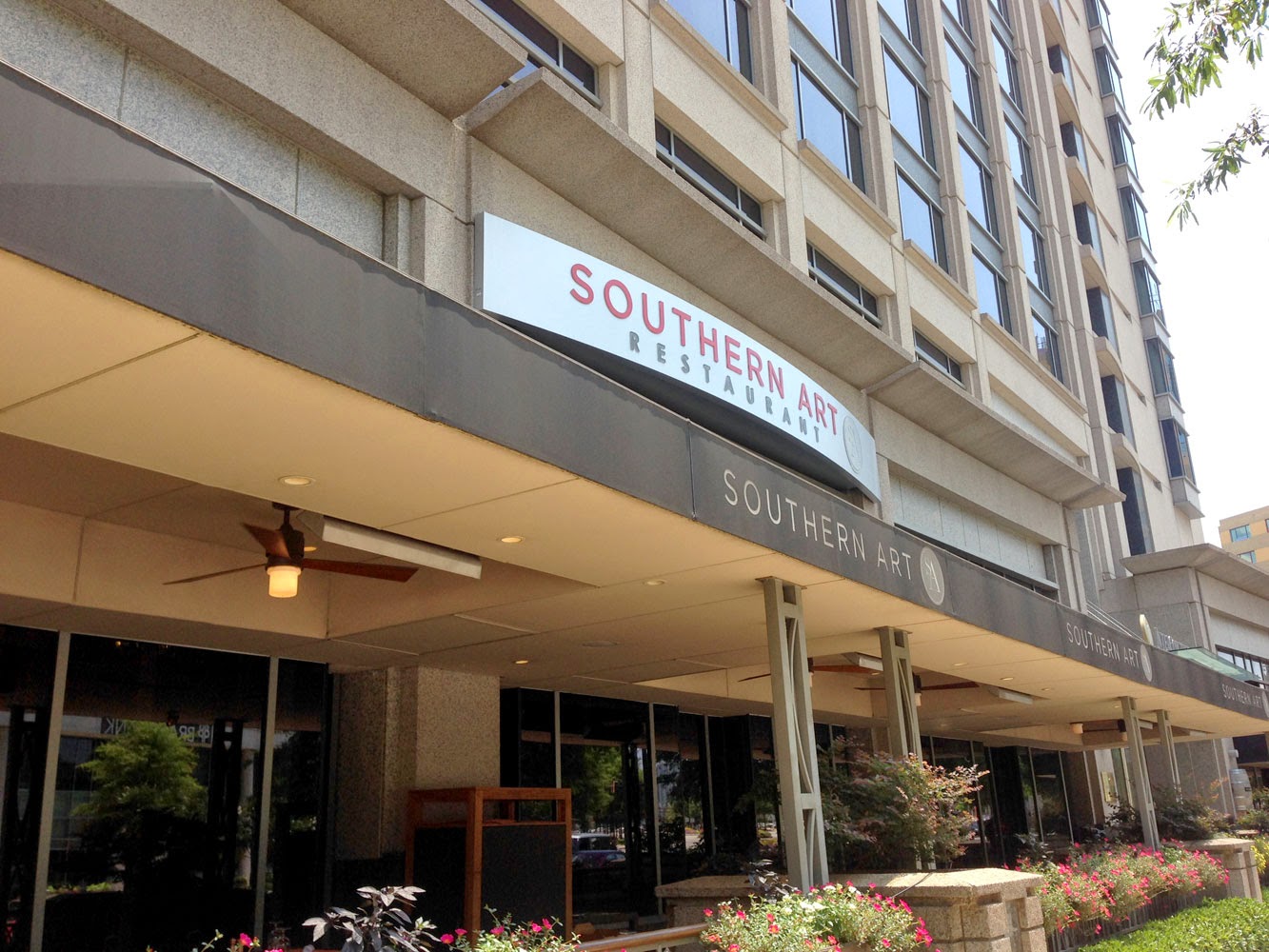 (a shorter version of this review also posted to Yelp)
Southern Art is in Buckhead located on the lobby floor of the InterContinental Atlanta at 3315 Lenox Rd. You can see the entry (which is also an entry into the hotel lobby), with a few tables for outside seating, from the street along Peachtree Rd. Southern Art is chef Art Smith's solution to the age old question: "Where can I get some delicious smoked meats and cask aged bourbon?" 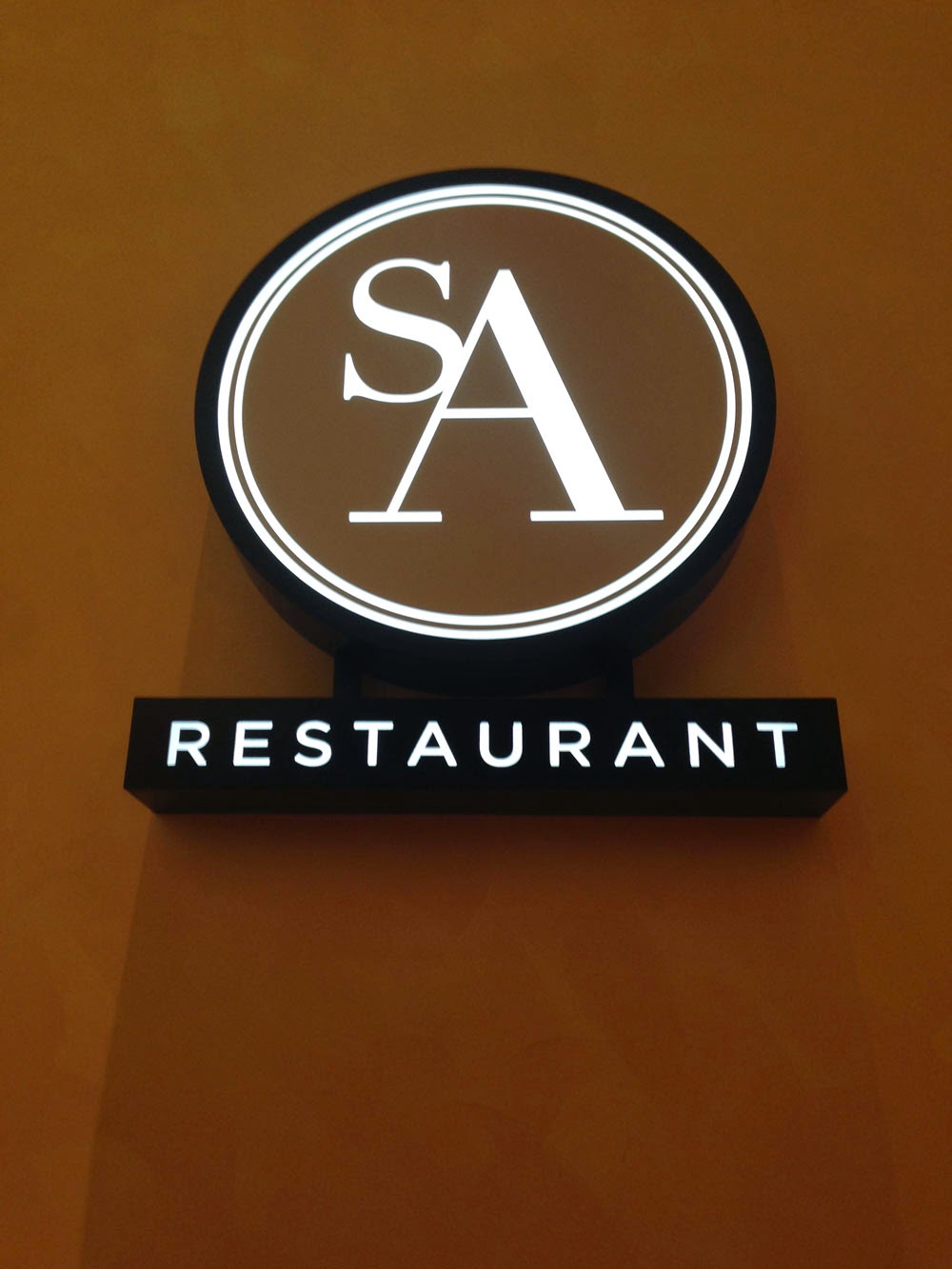 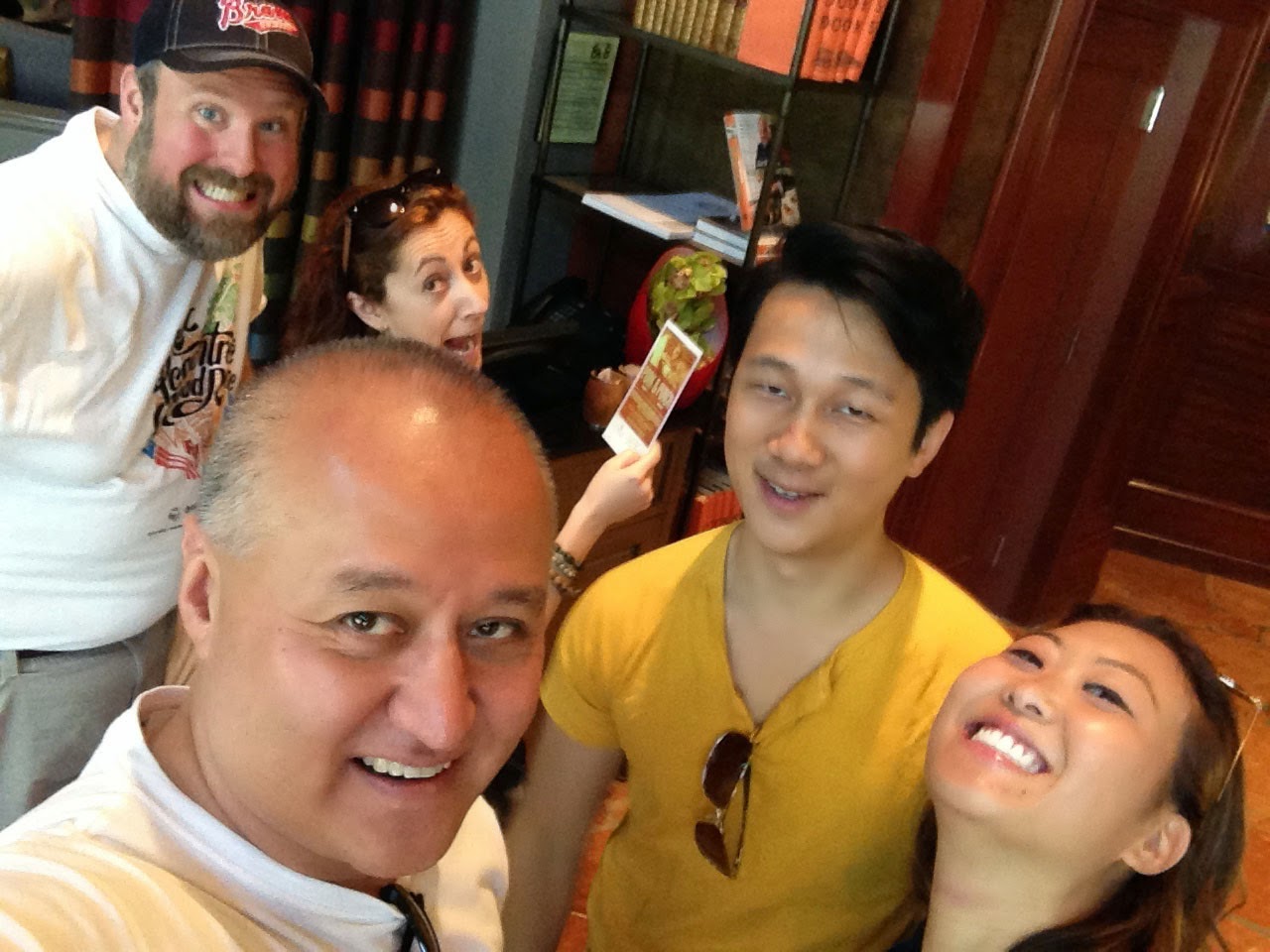 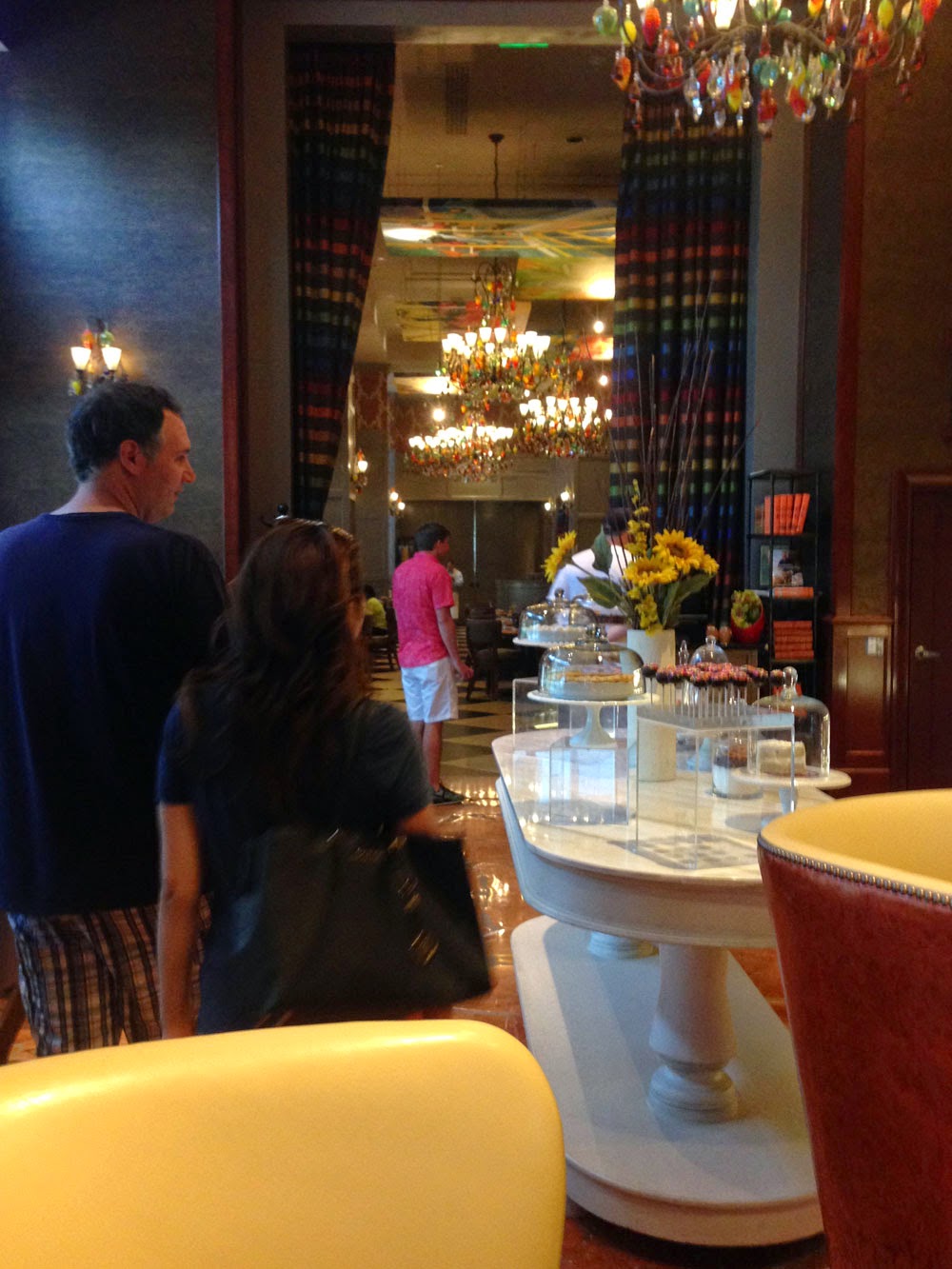 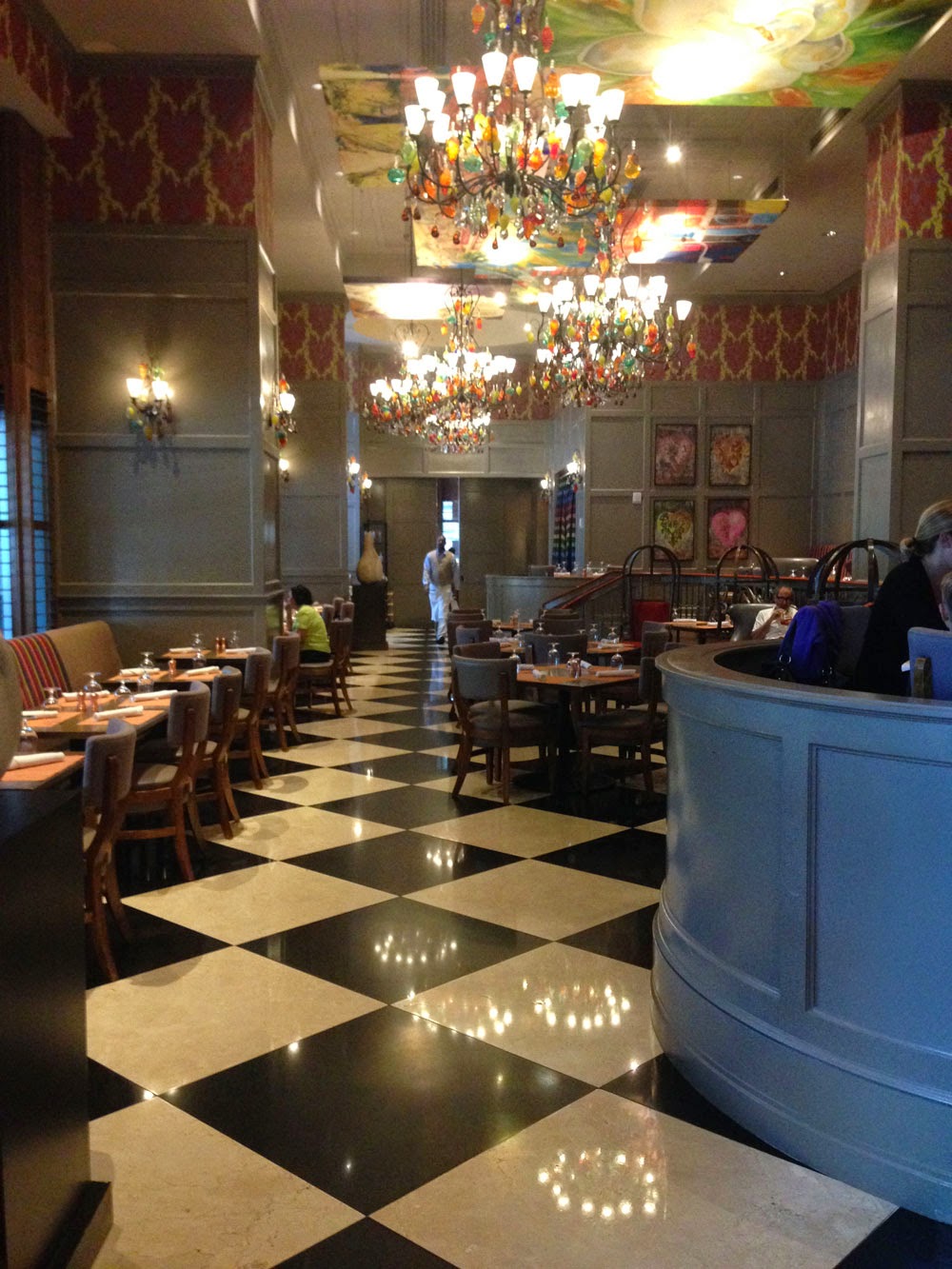 The entry has smoked/cured meats hanging from the ceiling and glass jars filled with viands and desserts. While the restaurant interior is beautiful, instead of enjoying its opulence, we elected to sit outside and enjoy the unusually mild July weather. 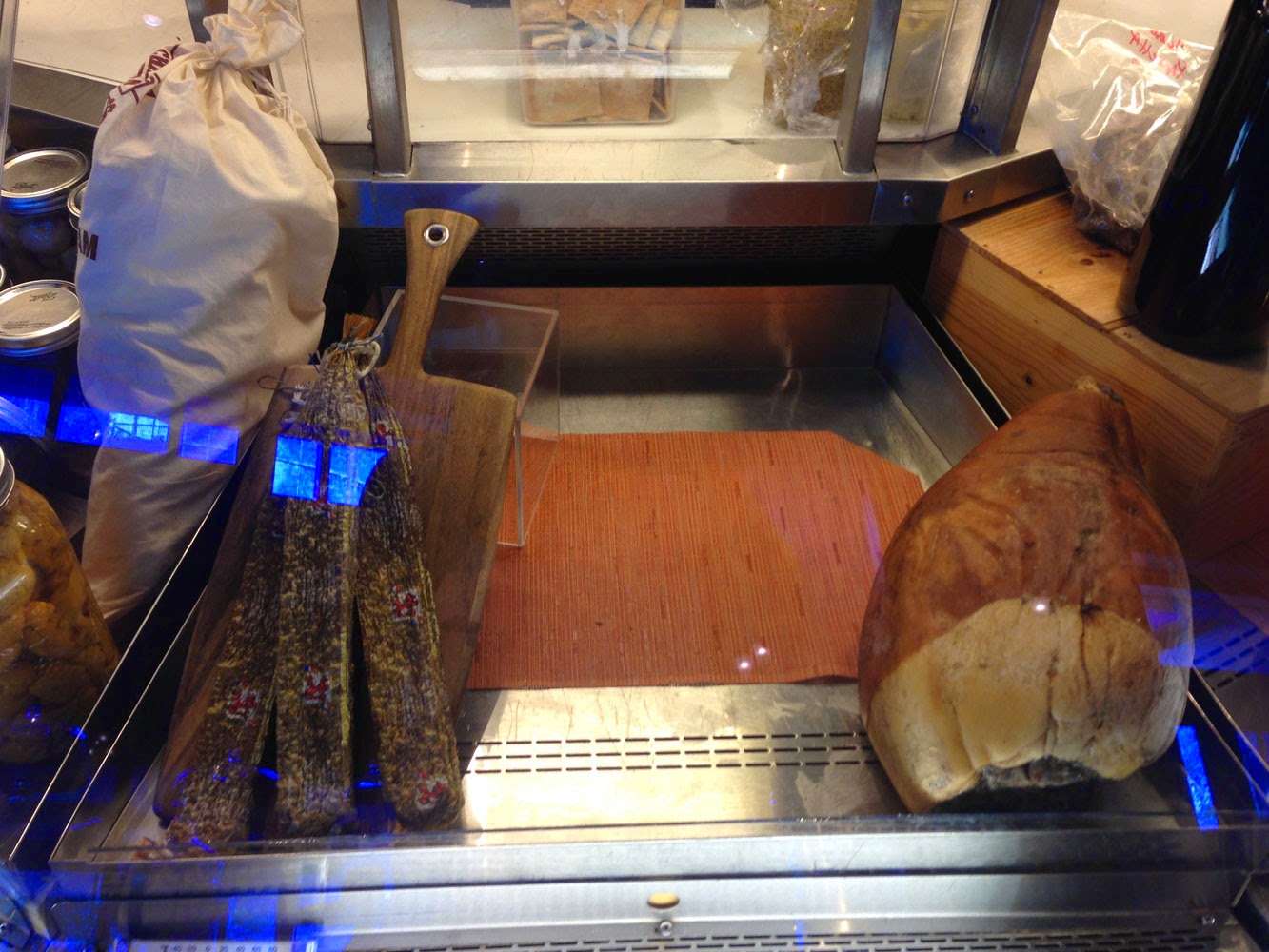 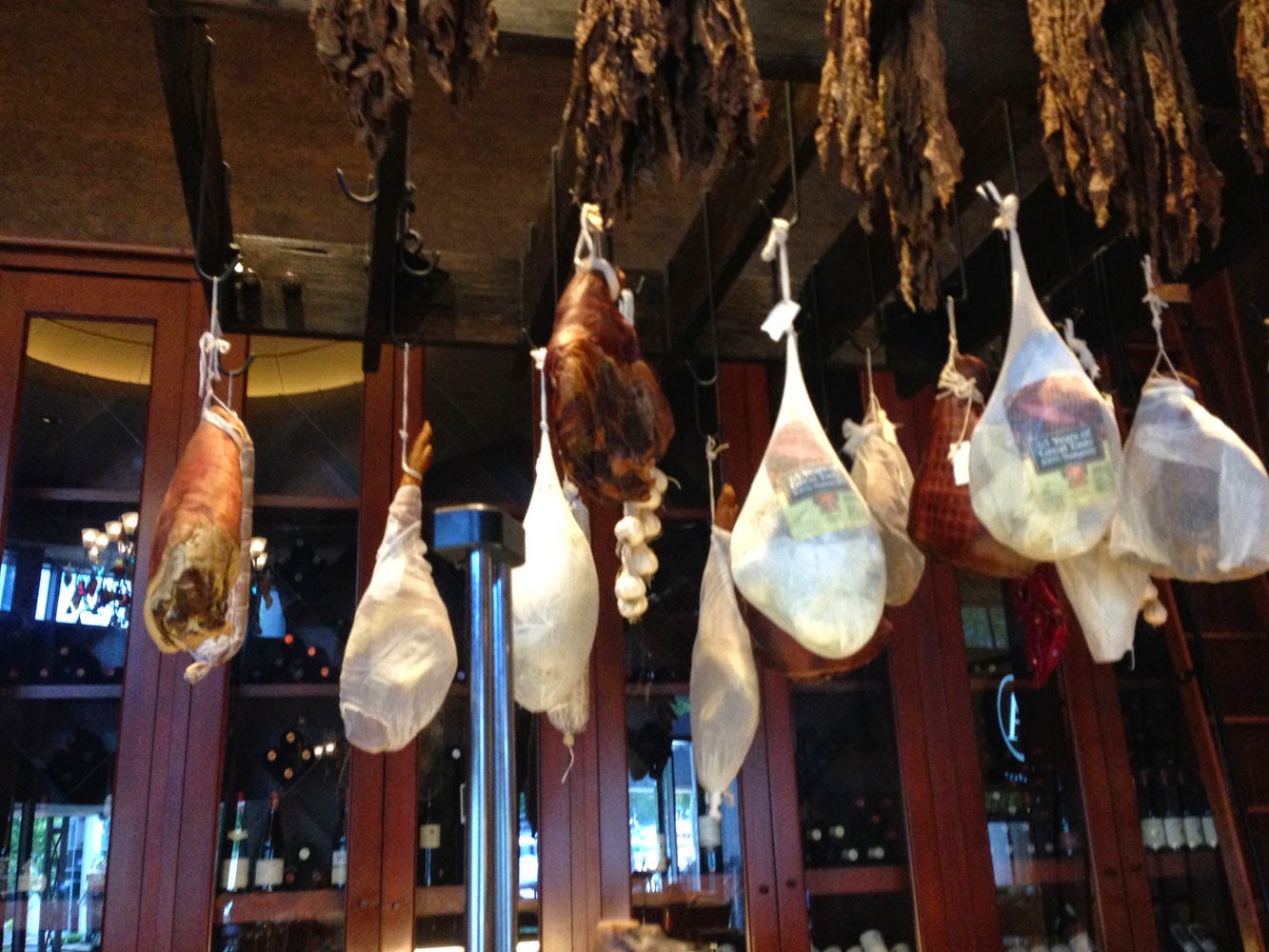 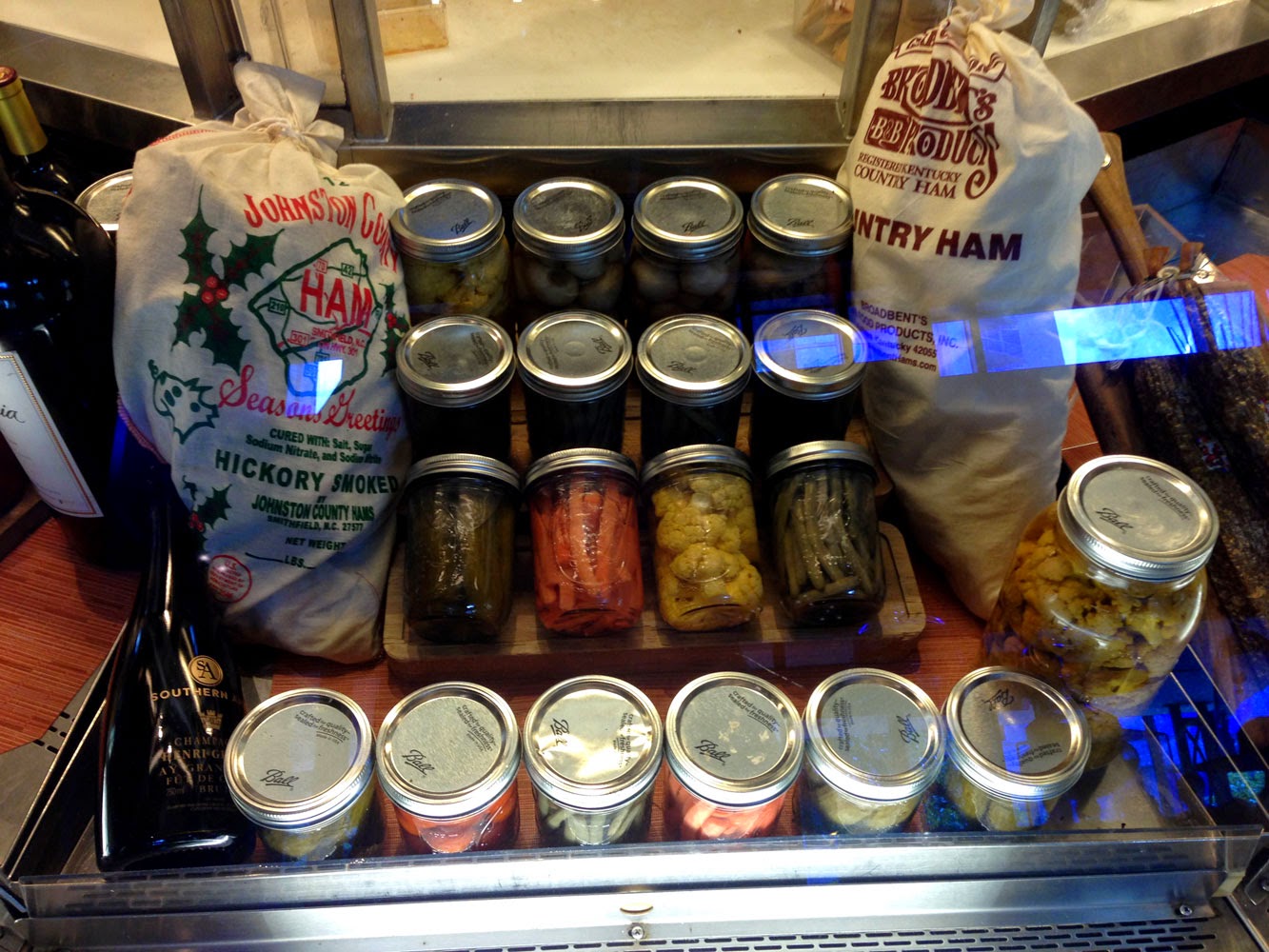 For drinks, I went with a nice draft beer (yeah I know and believe me the cask-aged bourbons were really enticing - I just wanted a quick cool-down).

We ordered two of Southern Art's Butcher's Boards - one for each end of the table. We also ordered a Pot of Mach and Cheese. 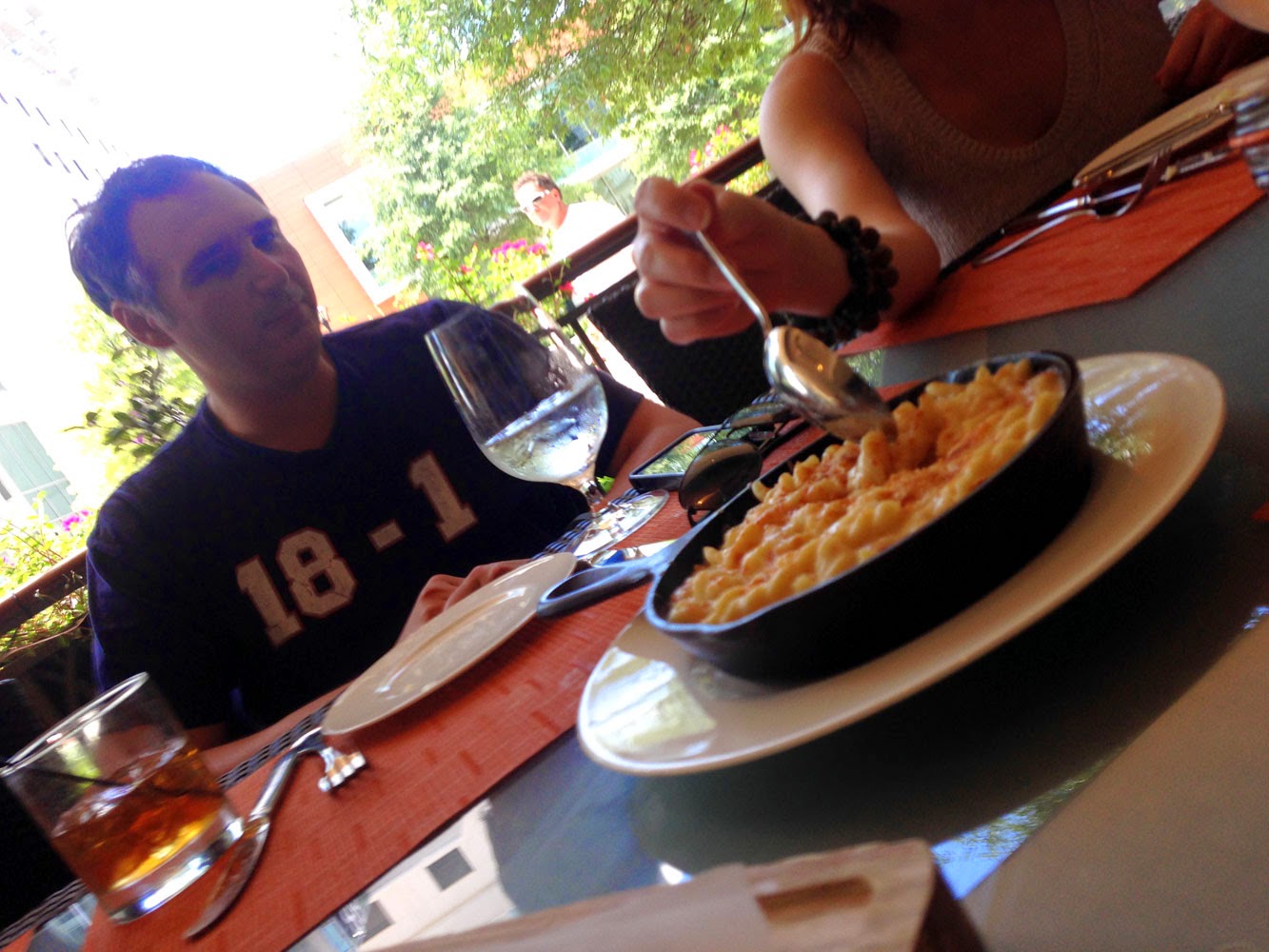 The boards each had four meats and some boutique crackers, along with a spoonful of course-cracked mustard and butter. All of these were delicious. 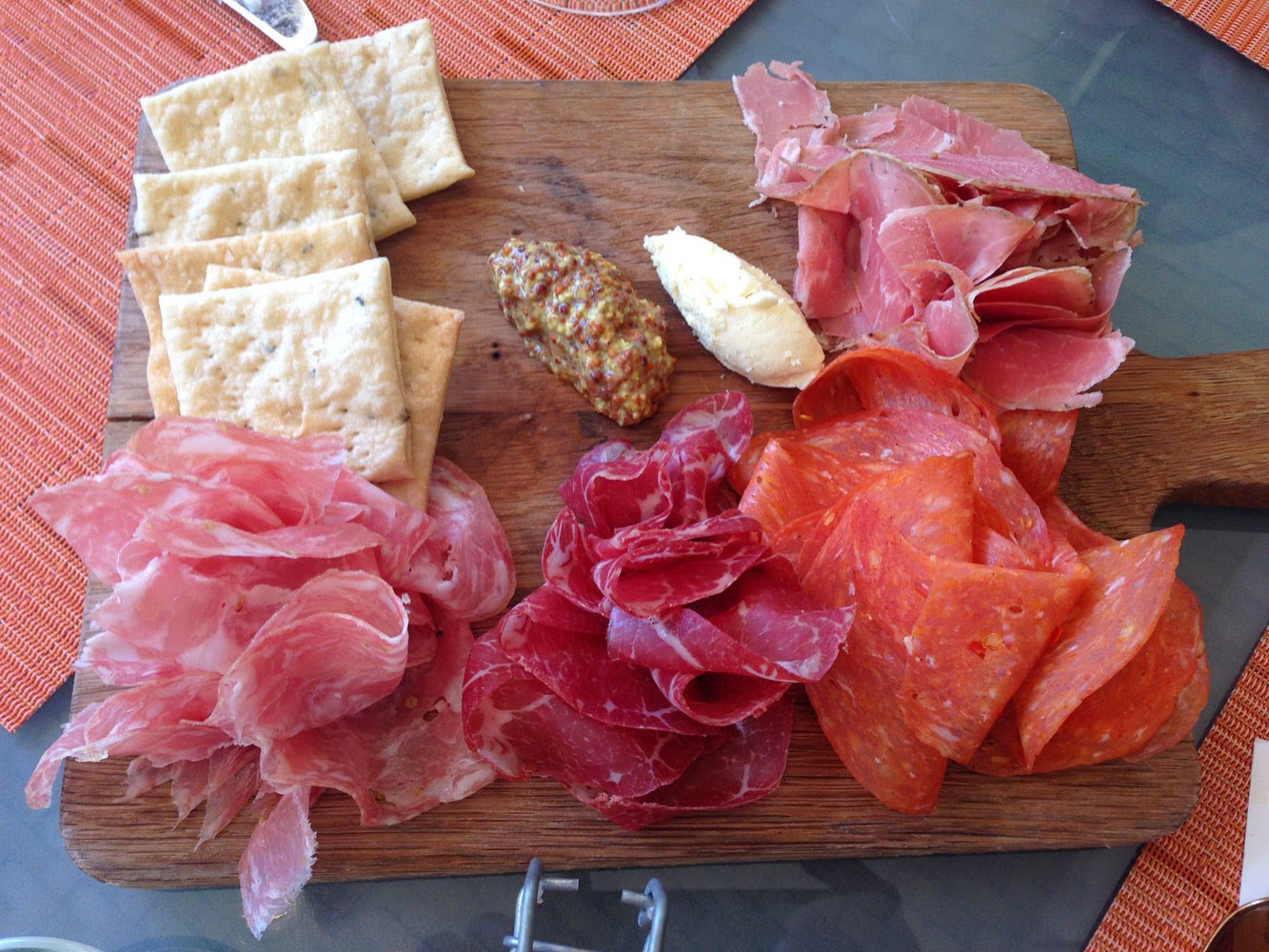 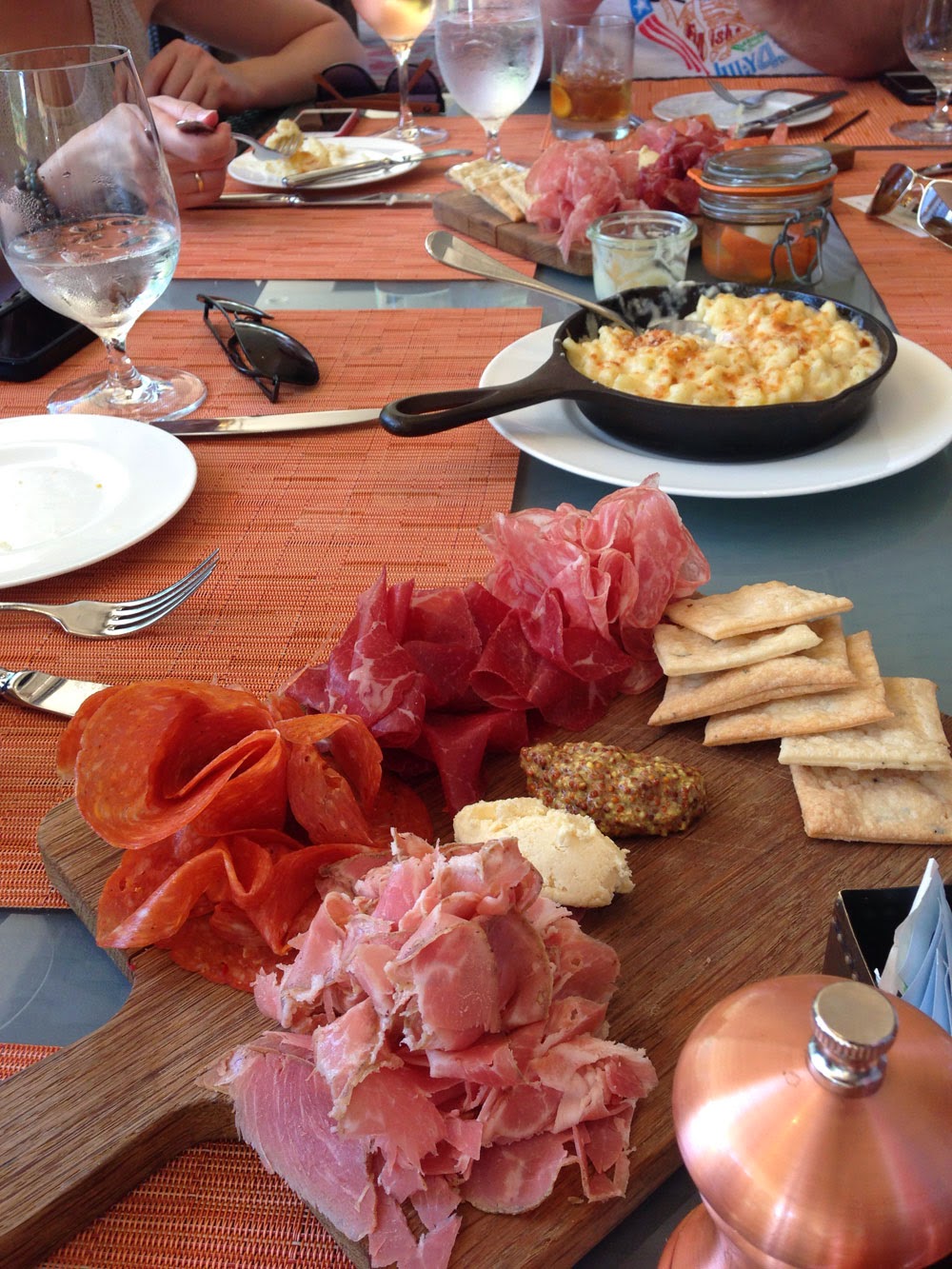 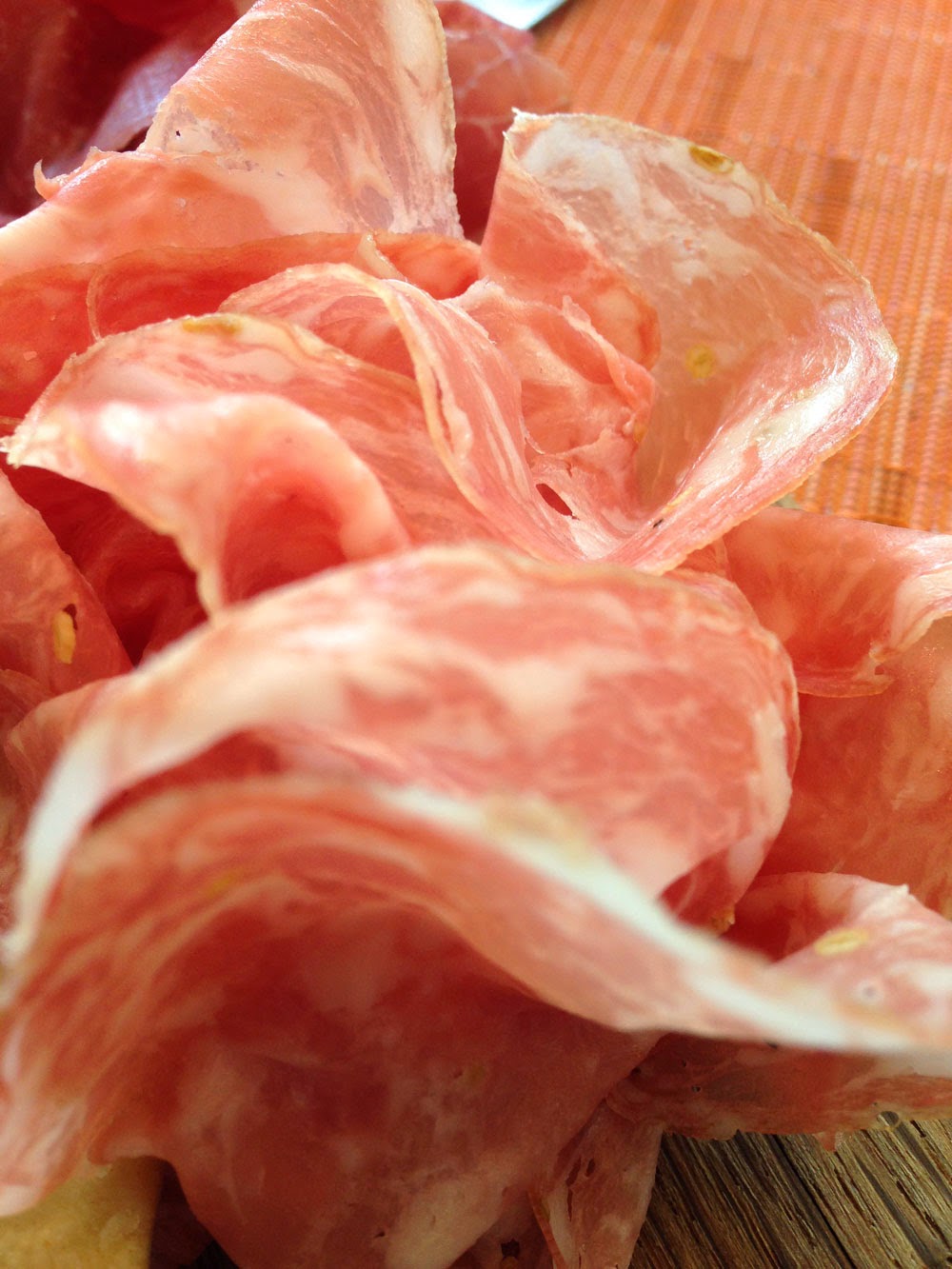 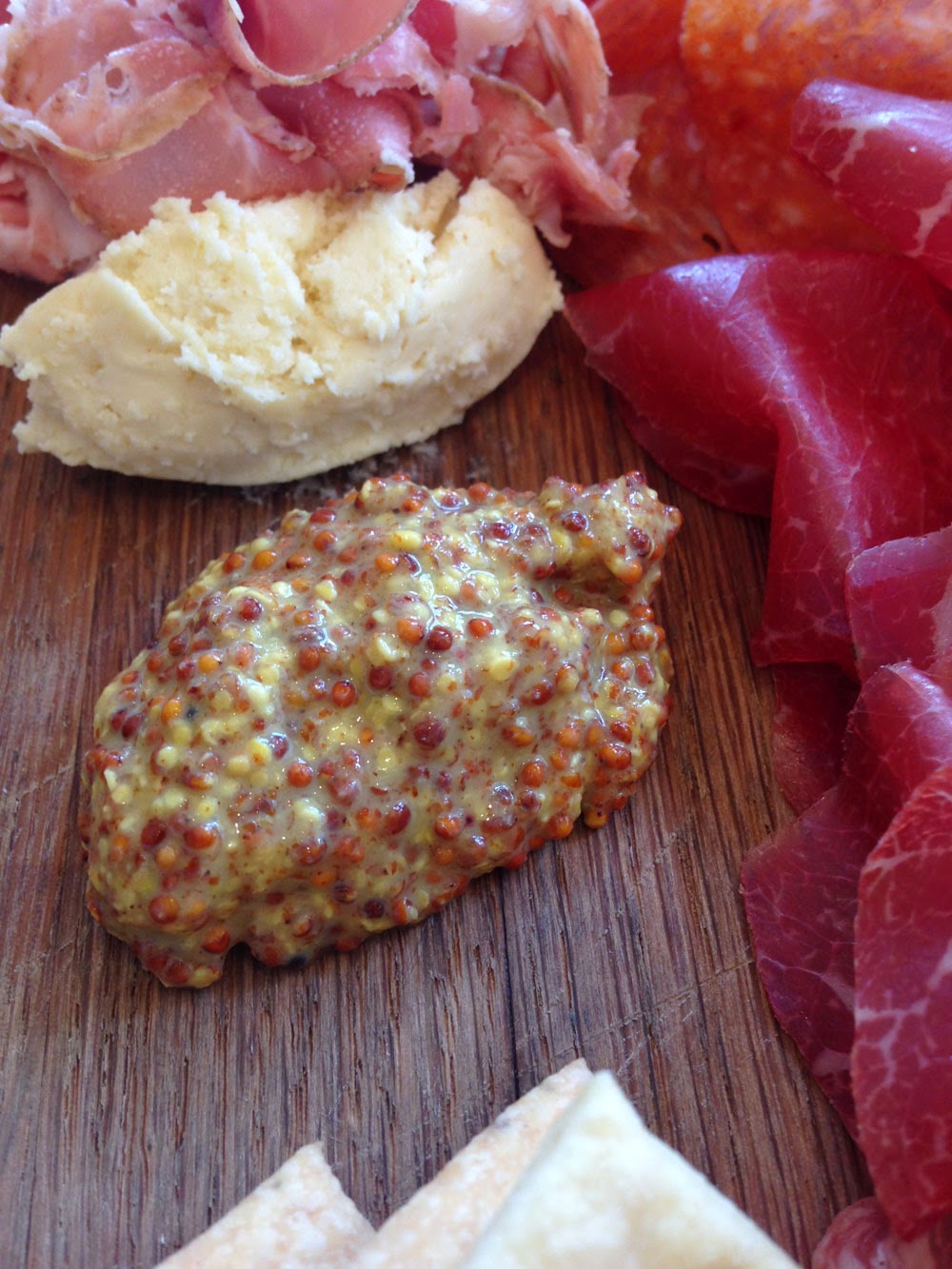 The macaroni and cheese was served in a small iron skillet and very good - creamy on the inside with a bit of crustiness on the top and edges. 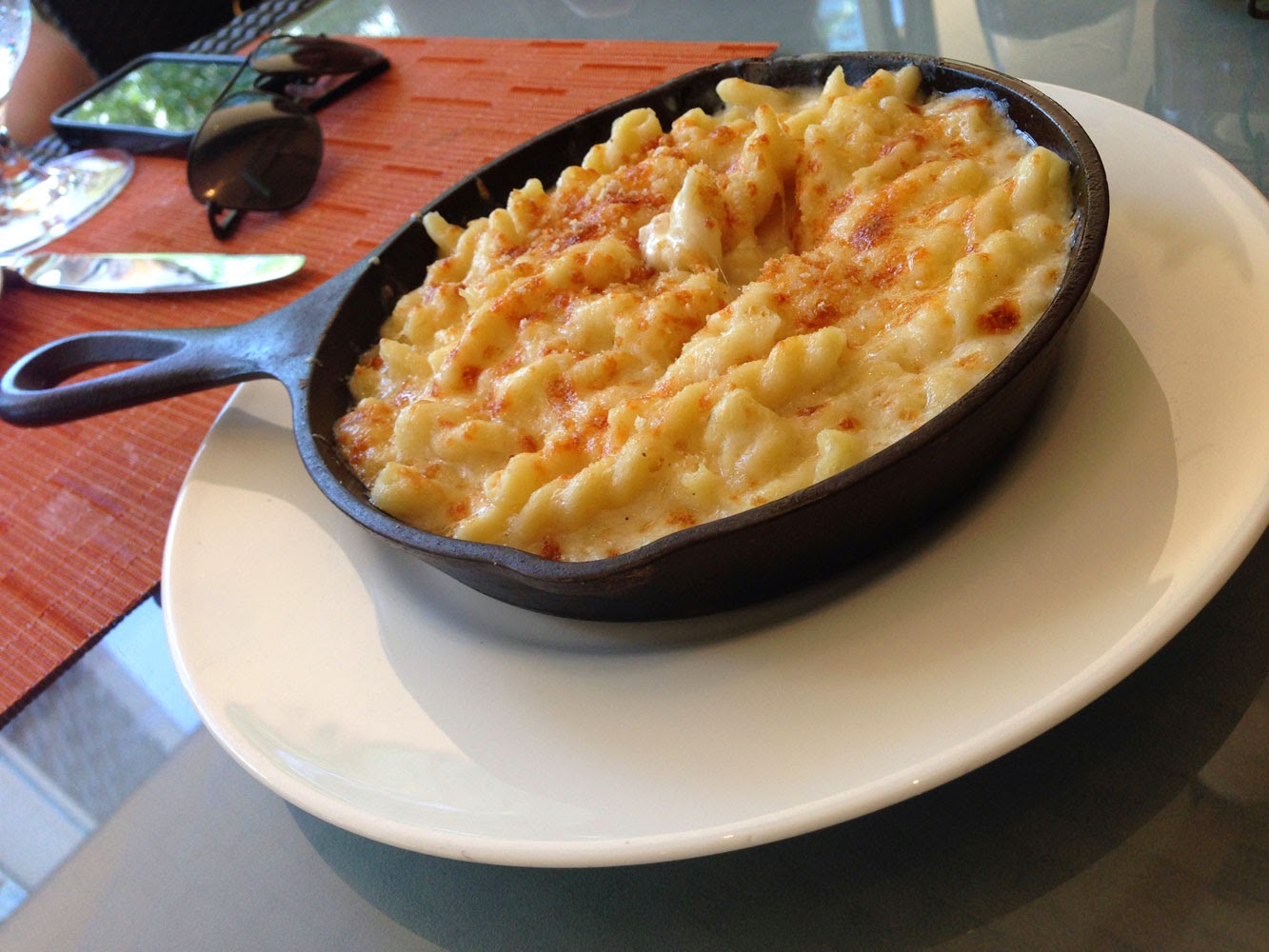 This time we did not partake in the desserts but I did take some snaps so you can see what was being offered that day - I was particularly intrigued by the Pecan Pie. 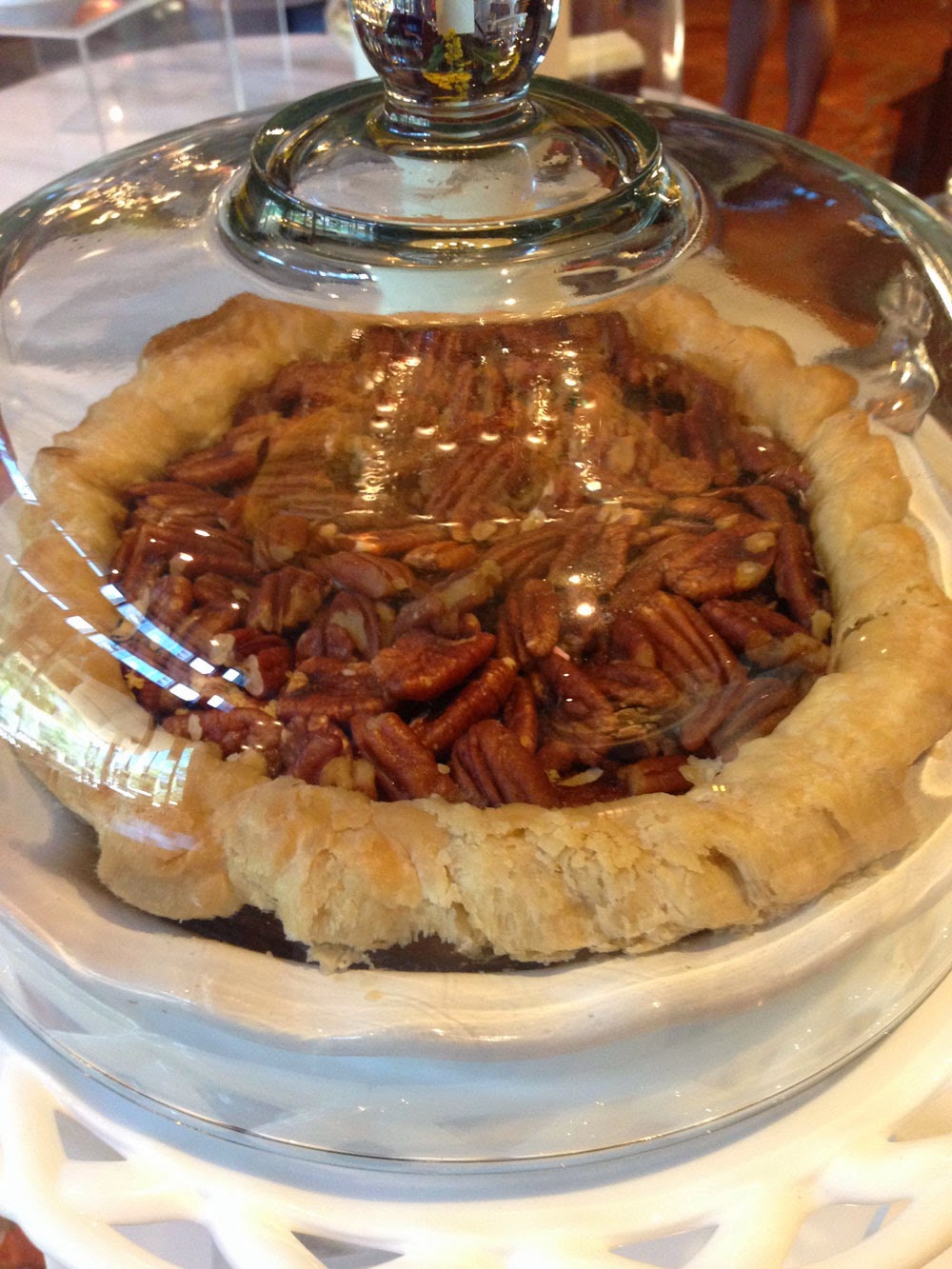 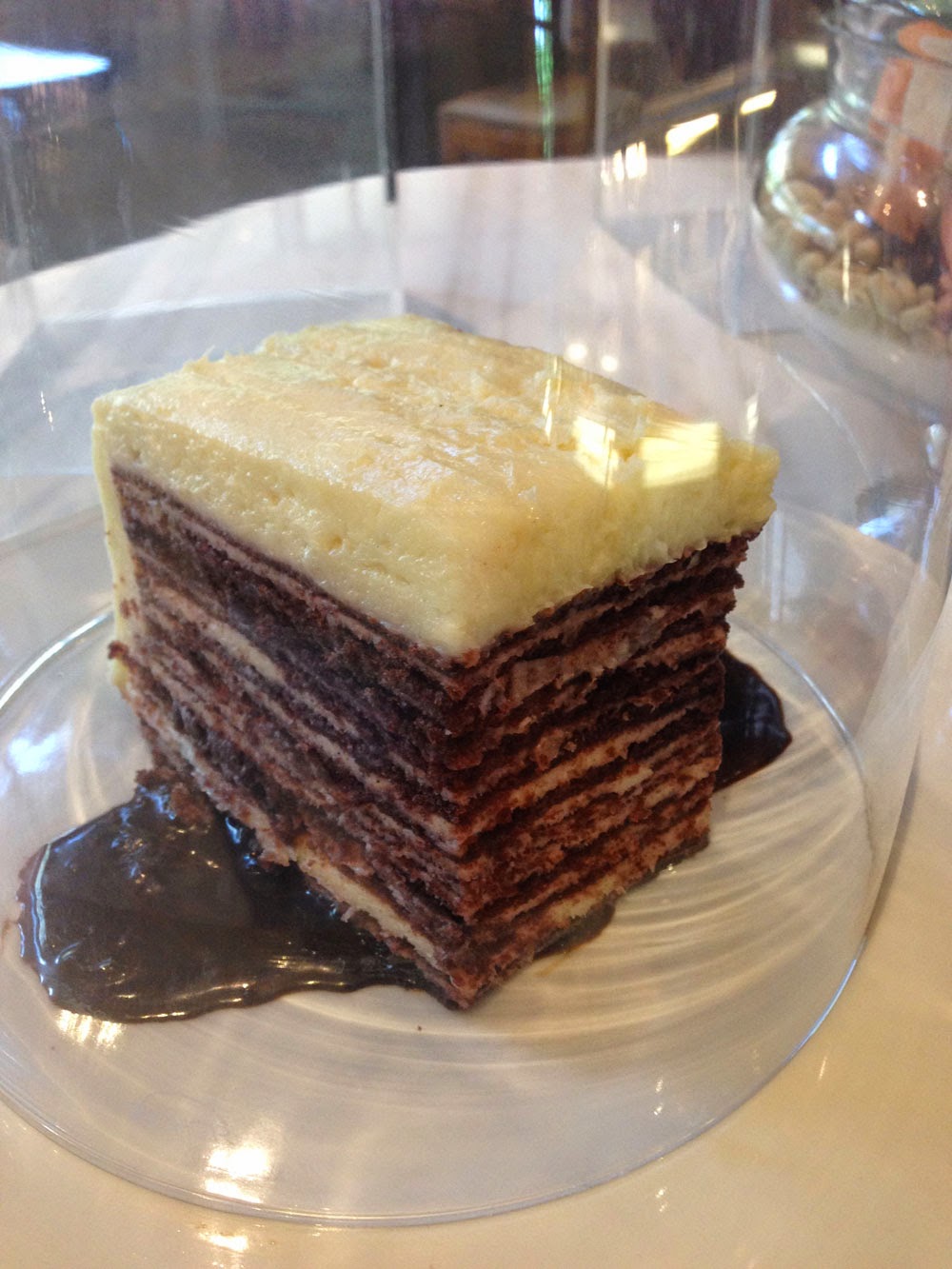 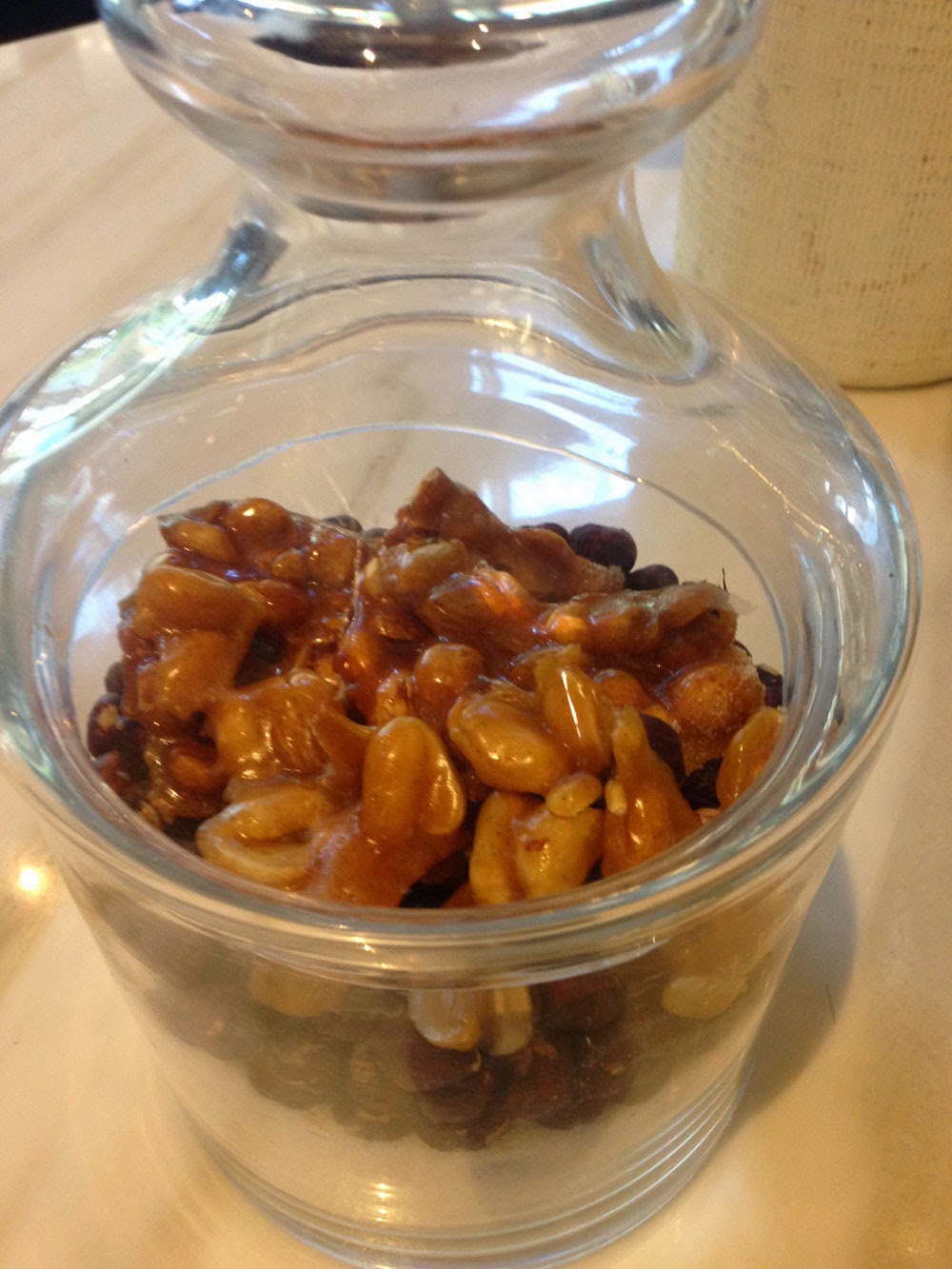 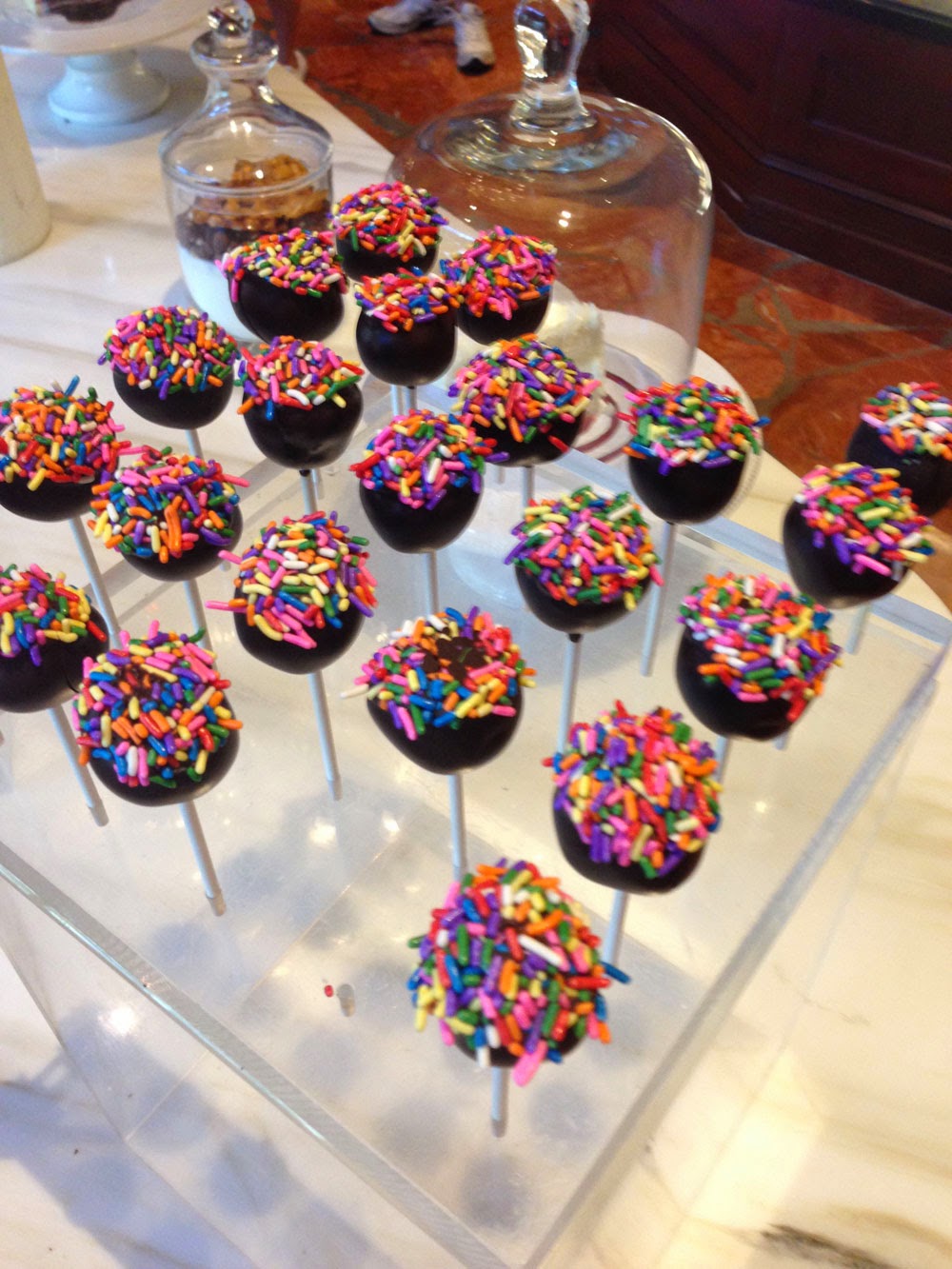 The last time I visited I went with a nice bottle of wine and had a regular dinner entry. As I recall, it was the 30 Day Dry-Aged N.Y. Strip, something I don't usually order but who could resist? It was accompanied by scalloped sweet potatoes and a side of Bourbon Butter. We started that meal with a nice order of Fried Green Tomatoes - these were filled with Alabama goat cheese and served with hot pepper jelly.

In all the food was delicious and the service impeccable. It did take a while to seat our party of 7 (the restaurant only had around a half-dozen tables), apparently asking to sit outside wasn't expected by this group. If you come on the weekends, make sure you get a reservation and arrive early. I recommend the same Butcher's Board we ordered for your table then dig in to the Southern treats. 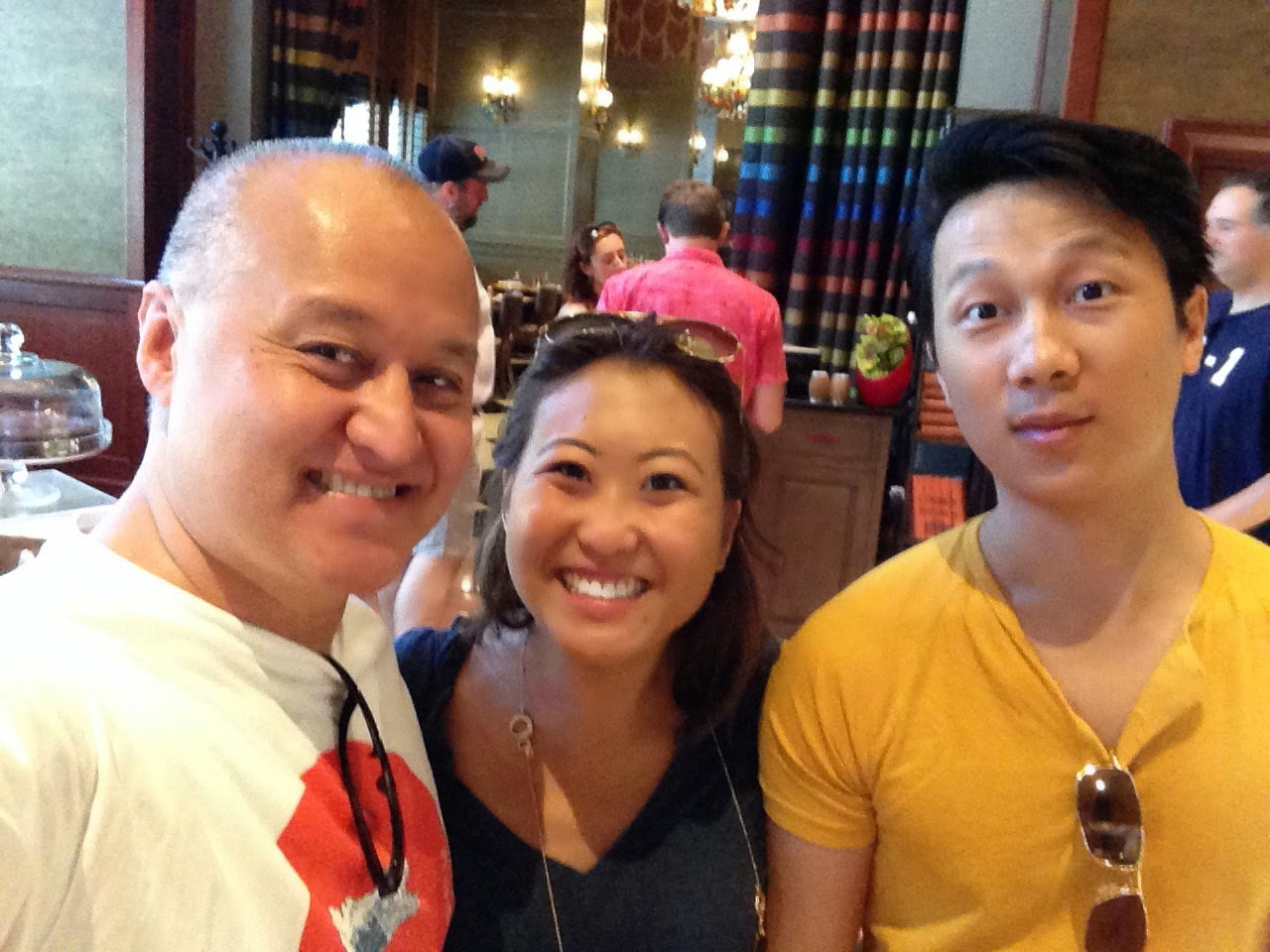 With the previous charcuterie board at Seven Lamps, I was feeling the food and it was time to go - next stop, One Star Ranch for some delicious BBQ! First a full pint of cold water to replenish, then to the street!