This was the first of nine stops as part of "Eat the Peachtree 2014" - I called it the "Peachtree Road Crawl" in my Twitter and Facebook posts as the event was happening. You can see all the posts along with an intro if you search my blog with ETP2014. This day started with me on MARTA (I dropped my truck off at the Chamblee Station and headed south to Lenox station). 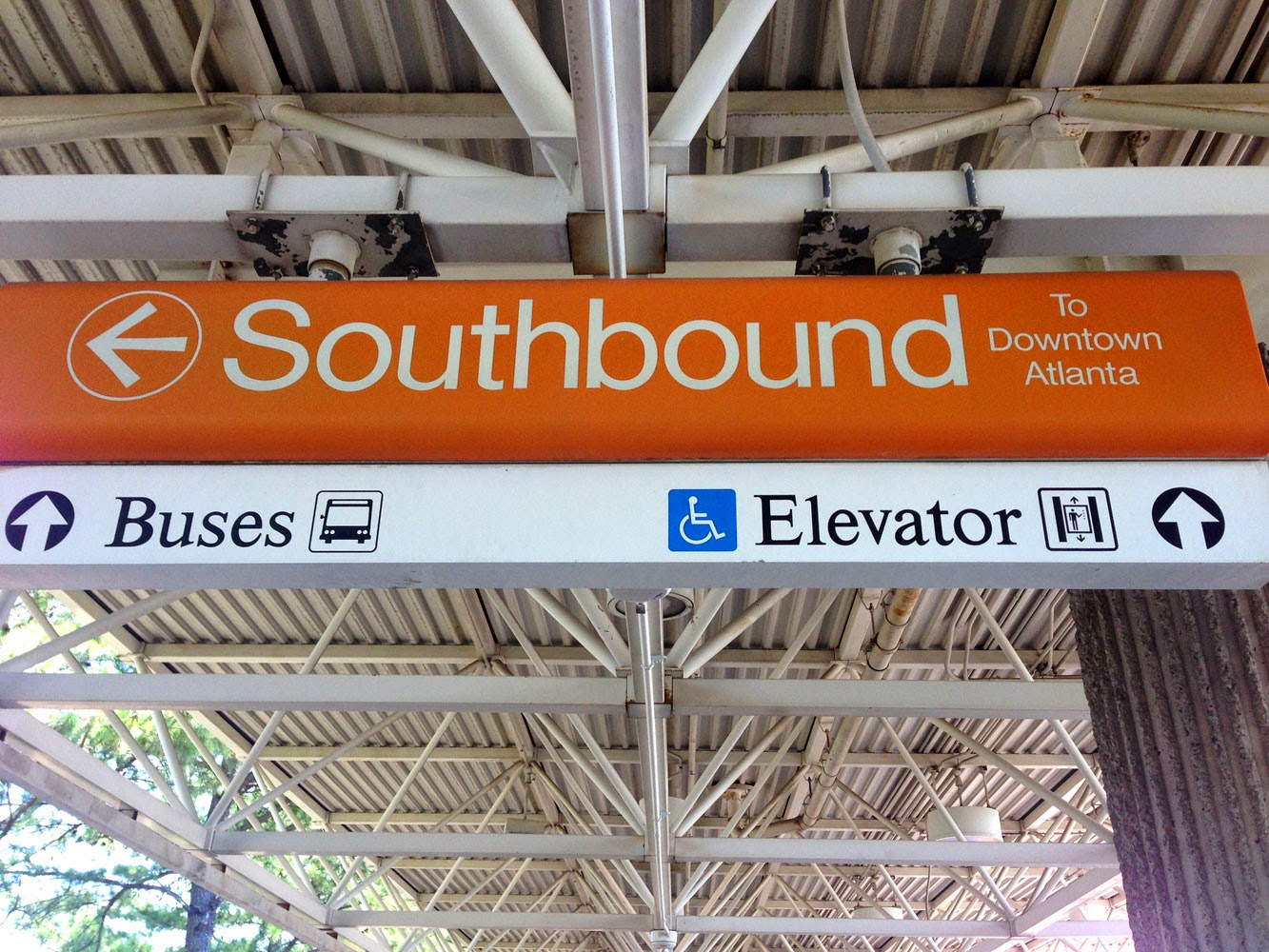 As with all beginnings, the first photo I took was of the Southbound MARTA sign from the train's platform. The next shot was of the front of Seven Lamps... 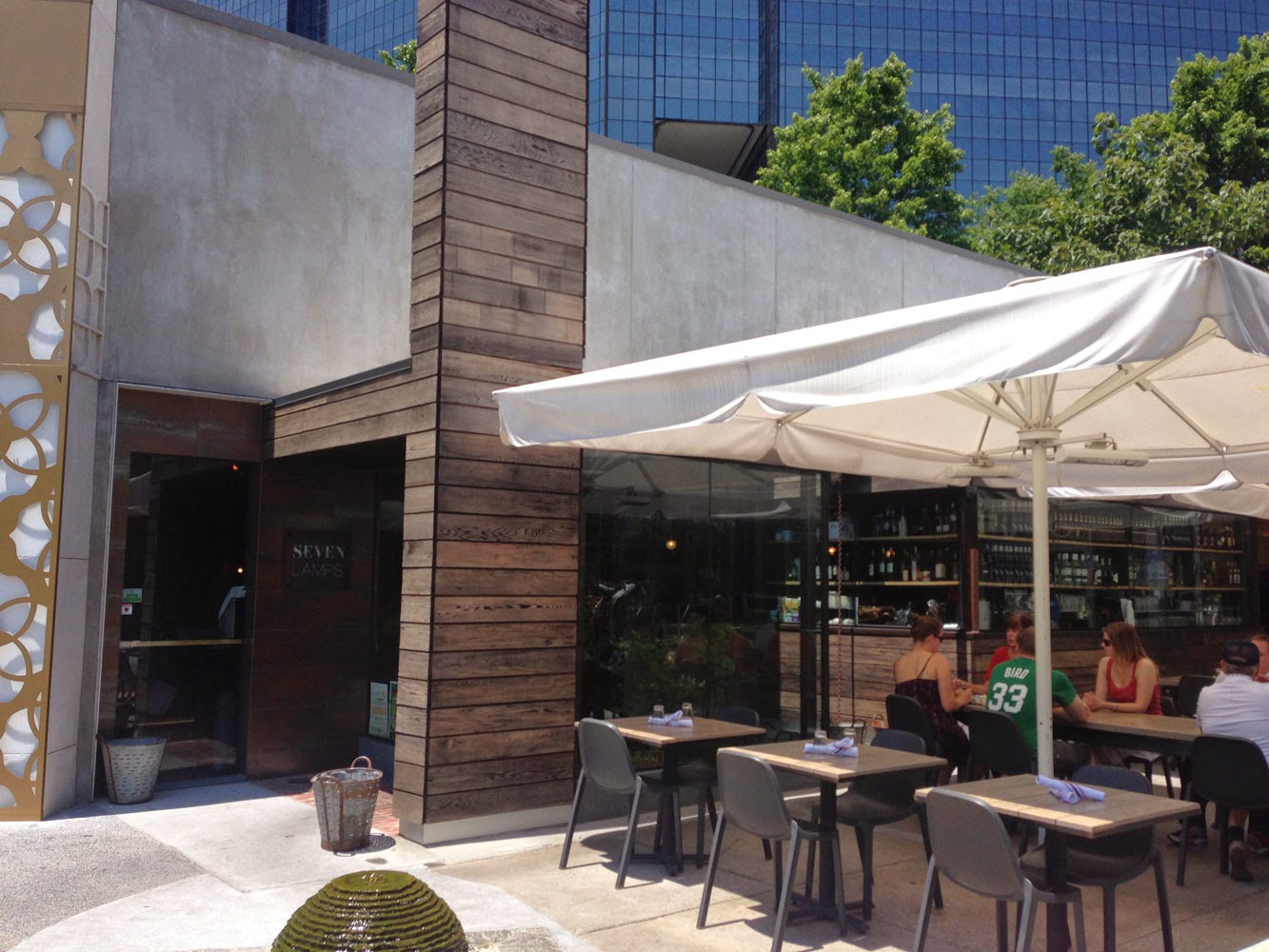 (a shorter version of this review also posted to Yelp)
Seven Lamps is in Buckhead located in the shopping center to the West of Lenox Mall (3400 Around Lenox Rd NE #217). It's in the Northern corner with a few tables for outside seating - Crate and Barrel anchor the Southern end of the strip mall. From the outside you see the semi-covered seating and it's a bit confusing figuring out what door provides access to the (it's to the left). The name references John Ruskin's publication "The Seven Lamps of Architecture" written in 1849 and provides some of the design principles in contemporary thinking, particularly around Gothic Revival. It also is a precursor to what later became the Arts and Crafts movement via the principle of aesthetic appreciation and his writings' influence on William Morris. 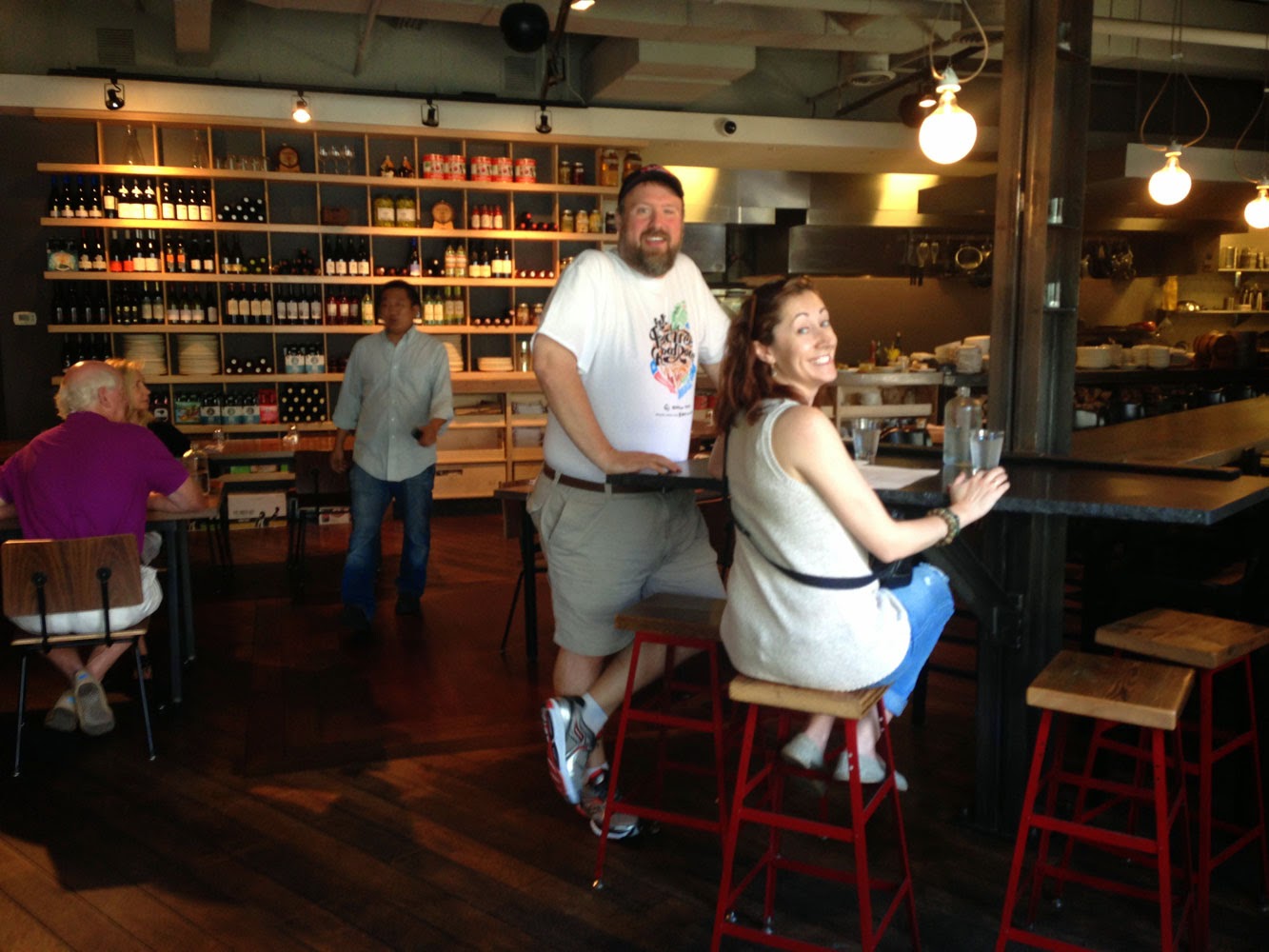 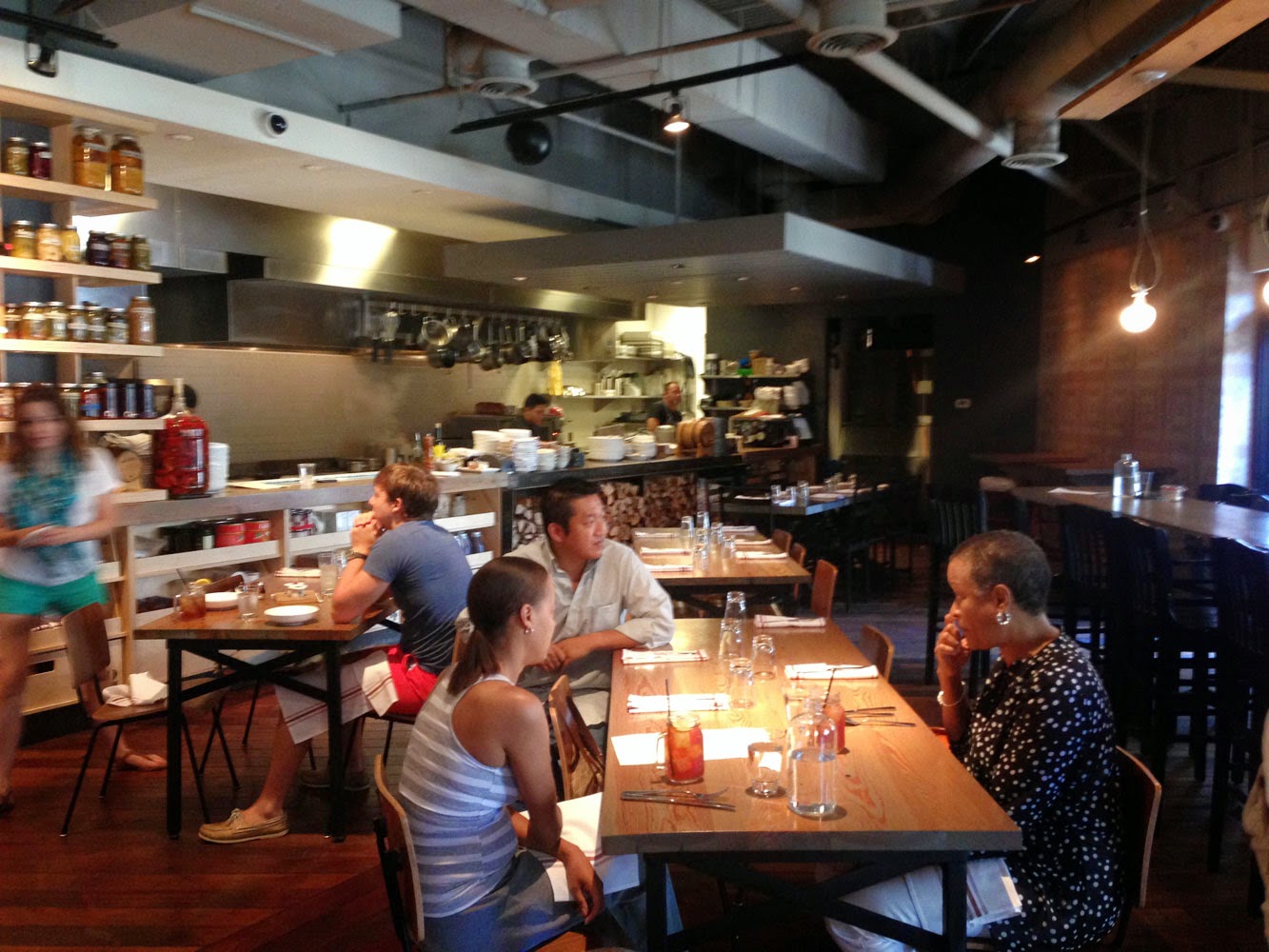 The interior of the restaurant is part farm-house and part industrial with a long open bar on the outside wall - I rather liked the effect of the outside framing the bartender, taps and bottles. We assembled at a long counter in front of the bar, with 7 participants, sampling the various beers on the menu and munching on the Charcuterie and Cheese Boards. We supplemented this with some carbs (I think they called them French Fries but they were really more like fried, scallops of potatoes). I ordered an Eye Patch IPA by Monday Night Brewing. 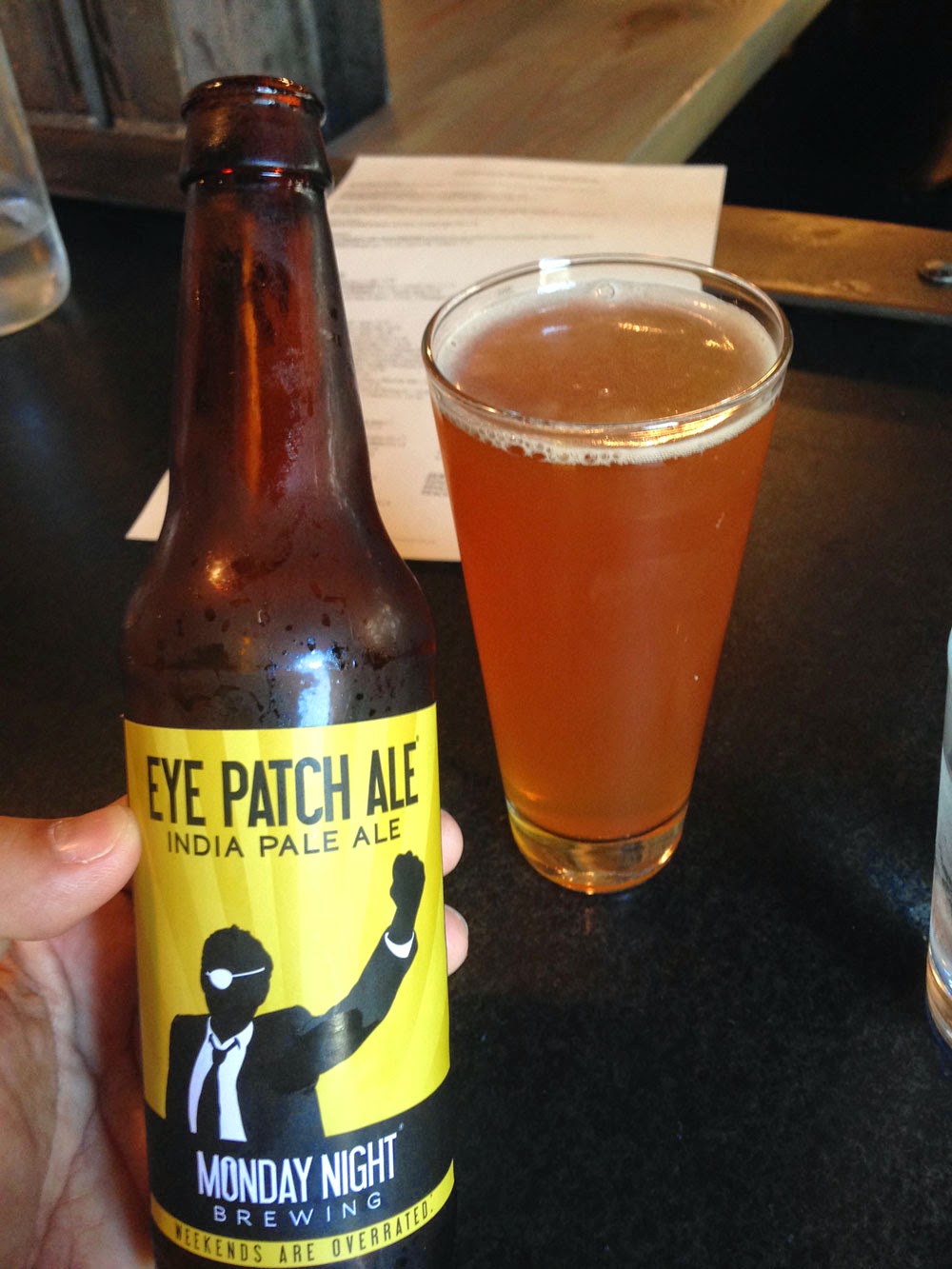 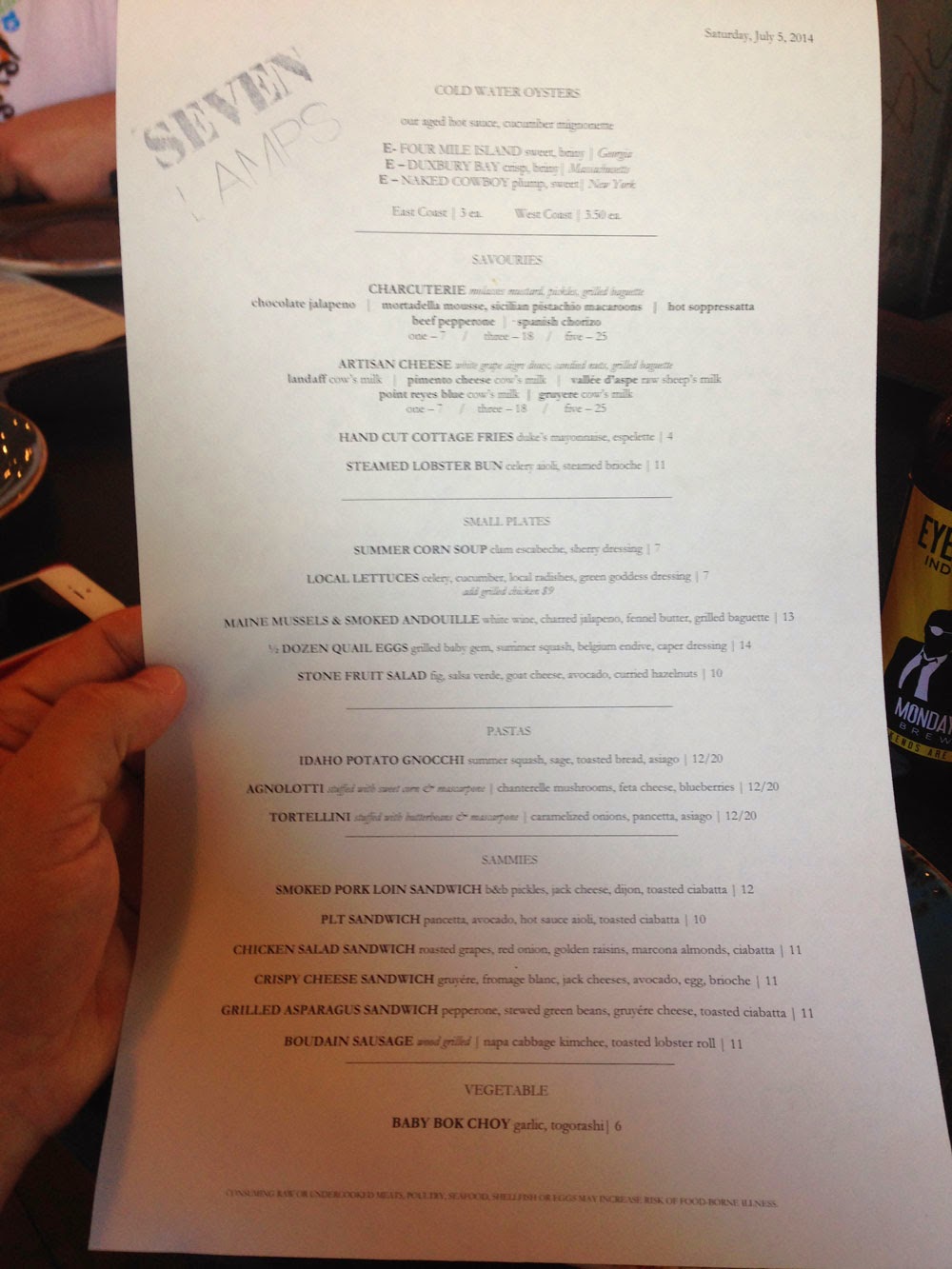 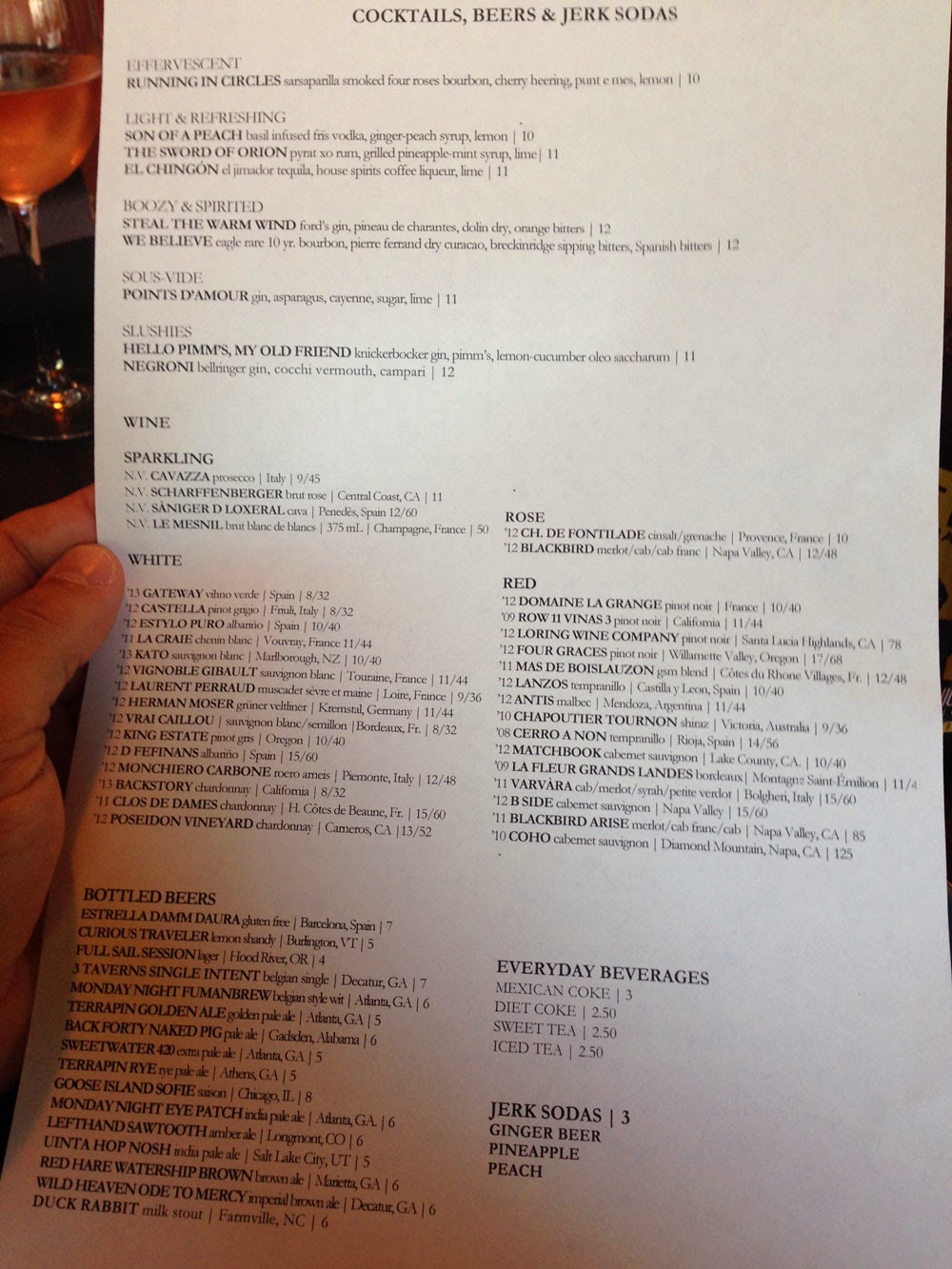 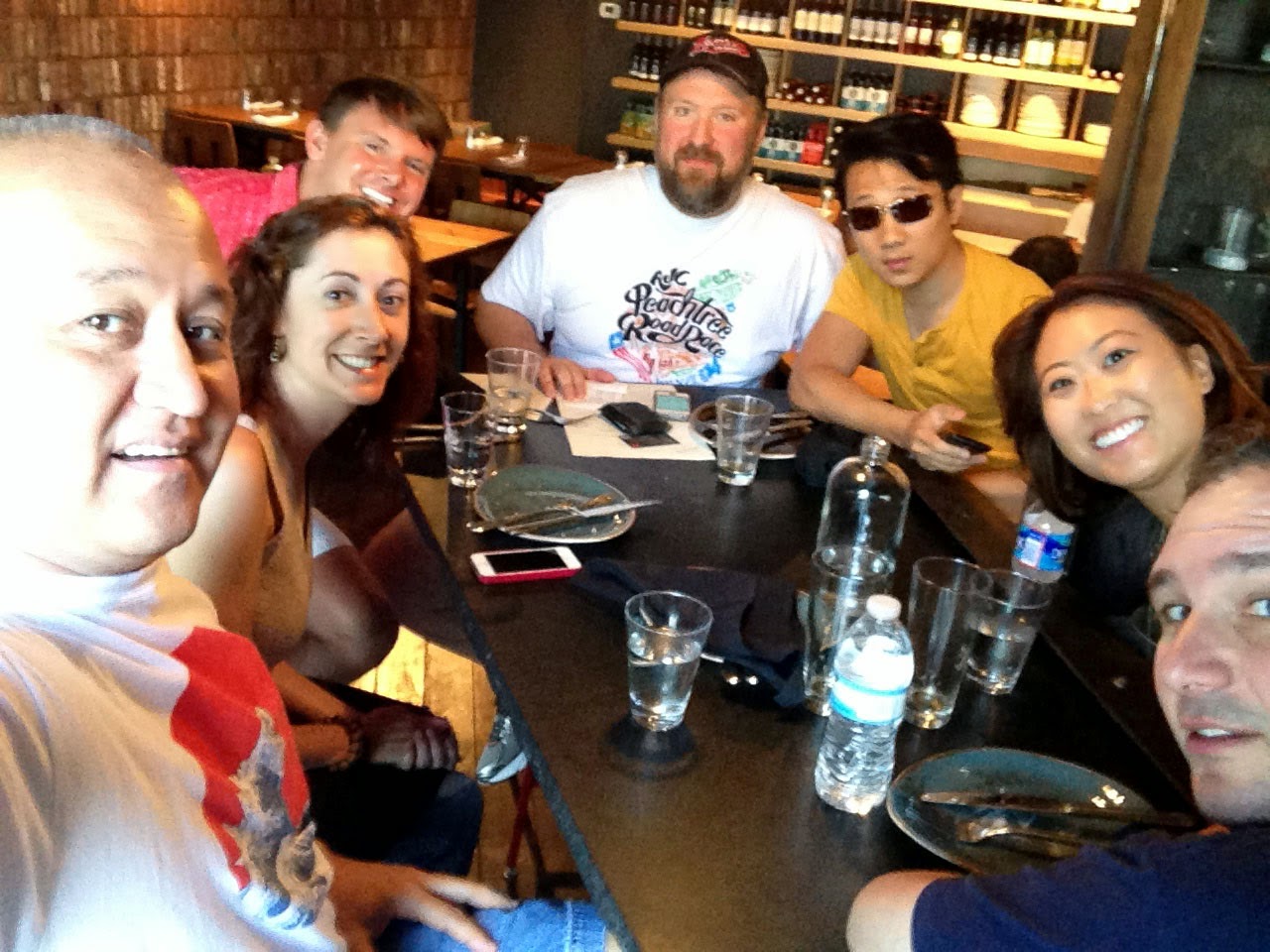 Charcuterie Board:
I think in general the Charcuterie board is a must-have when eating here as a group. It's a great starter for a main course and fit the bill for our small nosh prior to walking along Peachtree. 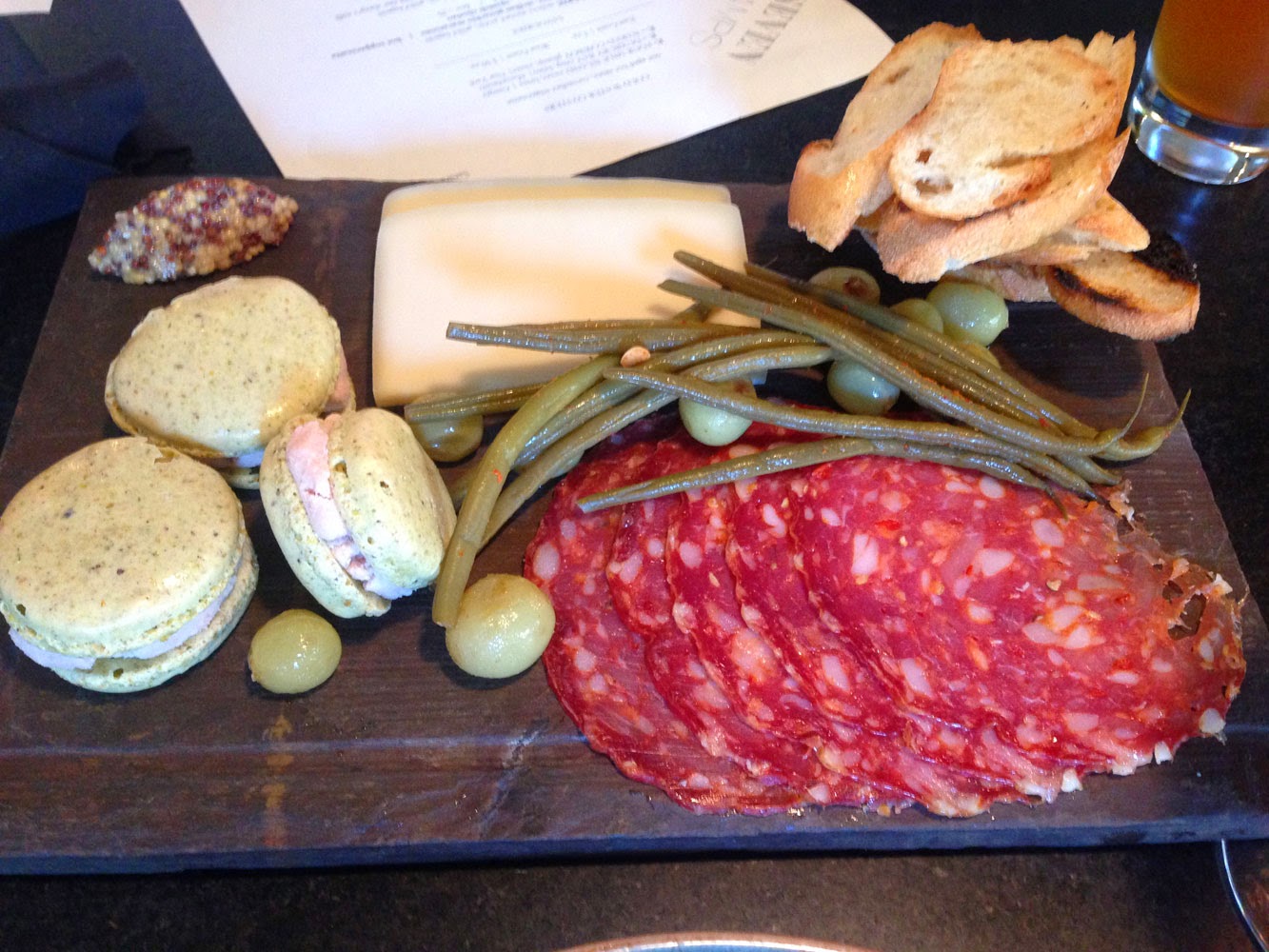 Cheese Board:
This is a good alternative for when you're group doesn't much like the meats - the cheeses were delicous

Hand Cut Cottage Fries - these were served with Duke's mayo, "French" style. I thought these were really good and I'm not one to rave much about potatoes. These were on Pearl's recommendation. 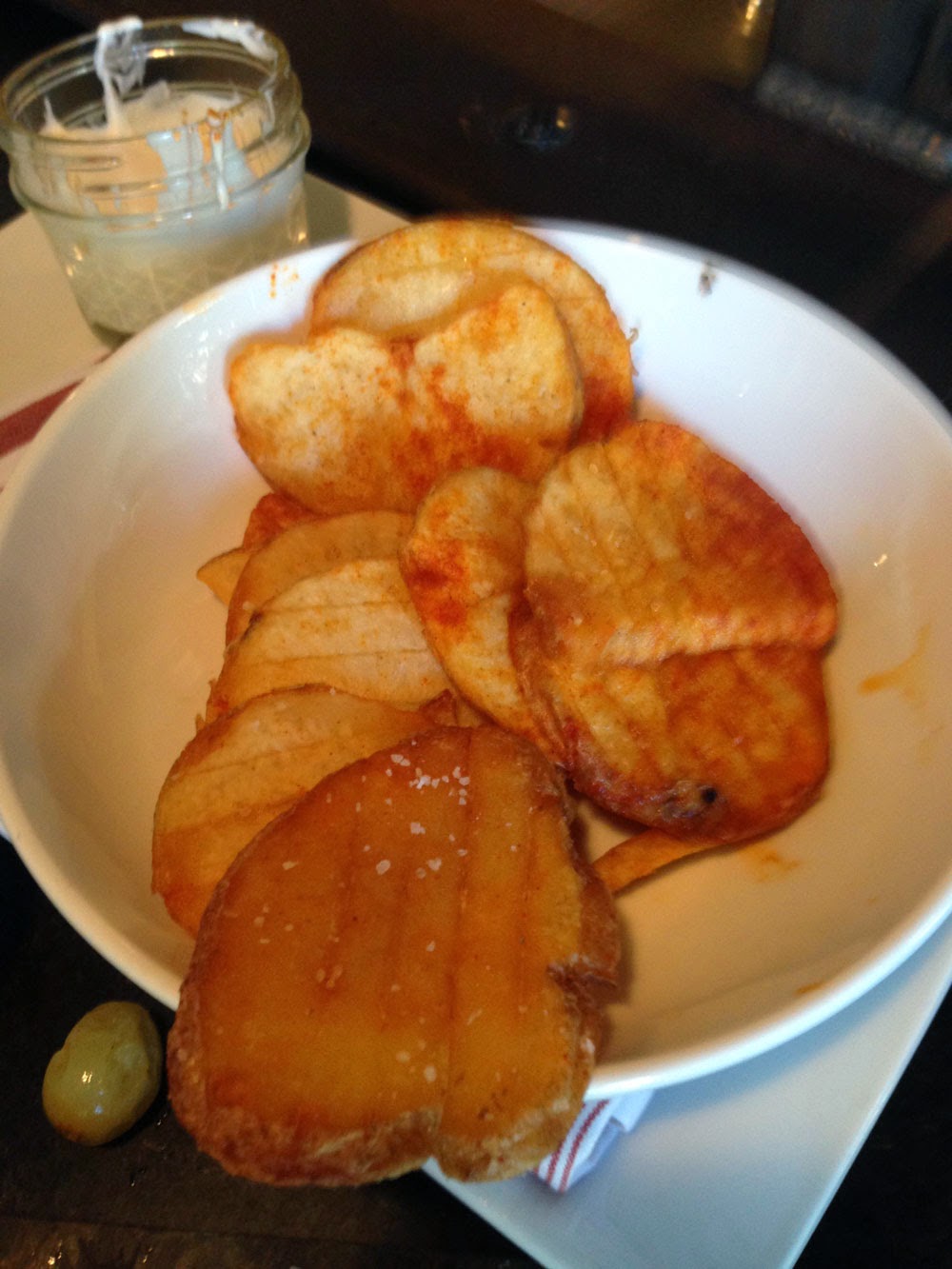 A beer each and everyone was being very kind to everyone else. Over-all the experience was fantastic and the small-foods enjoyed by all. Next time I hope to try some of the other entrees and desserts. We were waited upon by the bartender who did a great job keeping up with us and making us feel welcome, along with one of the managers, John Pak. 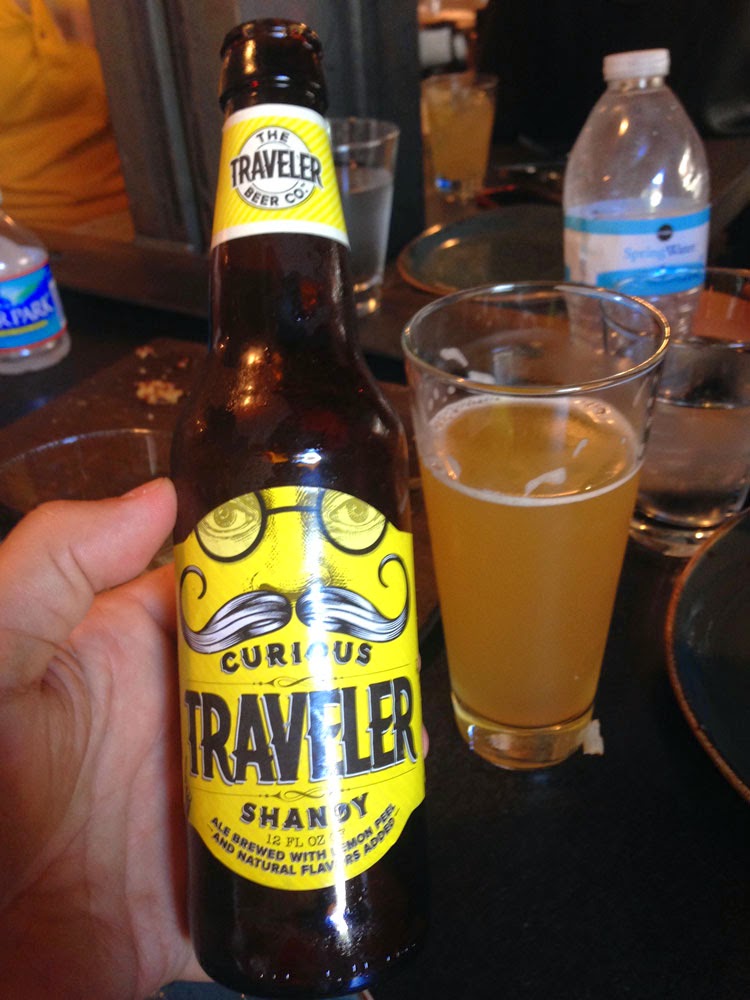 Afterwards we hit the road to the next location, Southern Art.... 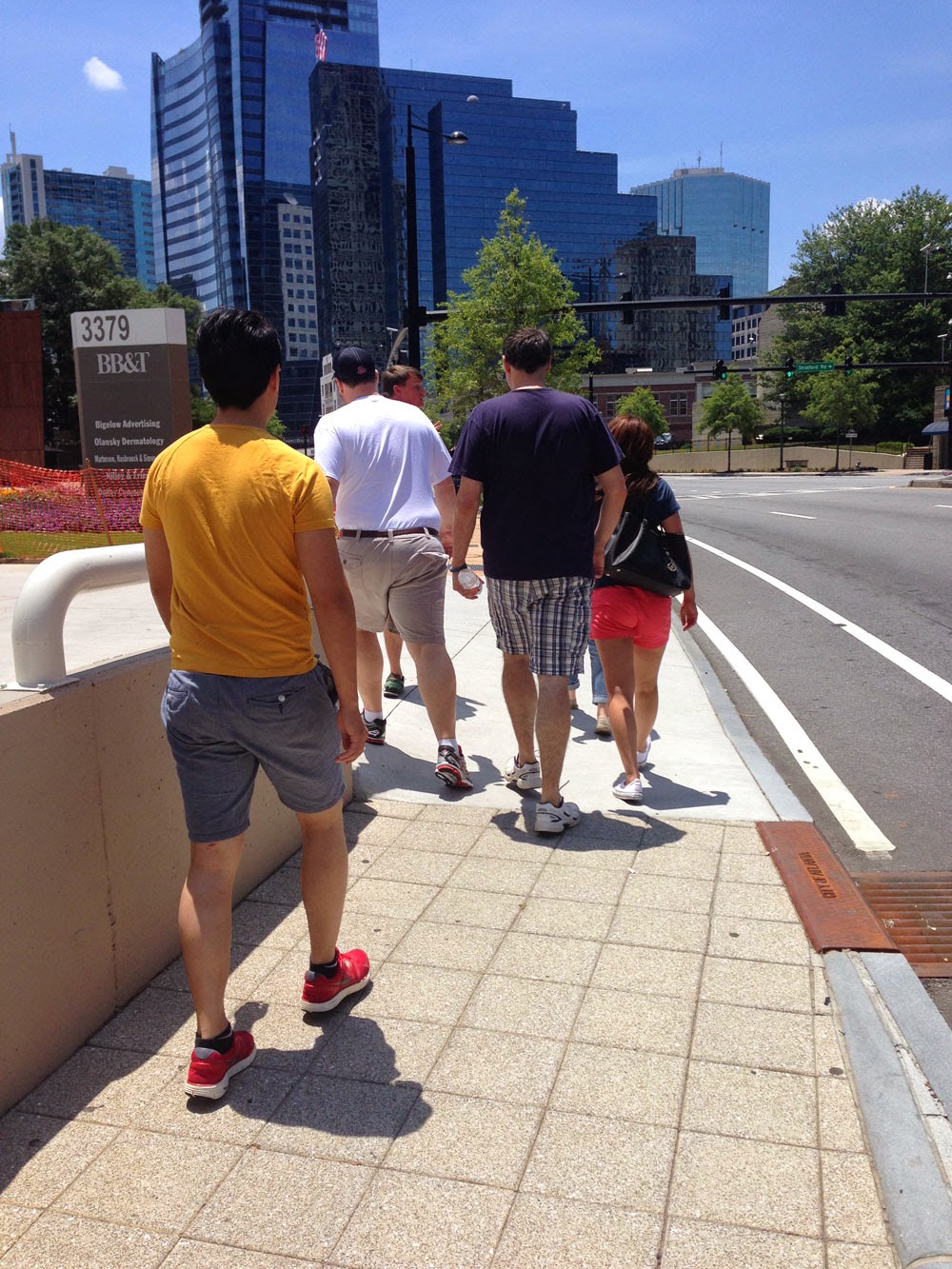