This was the fourth of nine stops as part of "Eat the Peachtree 2014" - I called it the "Peachtree Road Crawl" in my Twitter and Facebook posts as the event was going on. Locate all the posts along with an intro if you search my blog with ETP2014. We walked from restaurant to restaurant in search of the best flavors in Atlanta, while enjoying the same sights as you would while running the Peachtree Rd Race. This time we visited a Buckhead cornerstone, Fellini's Pizza! As with the previous three locations, we walked along Peachtree - I believe it was about a mile from One Star Ranch. 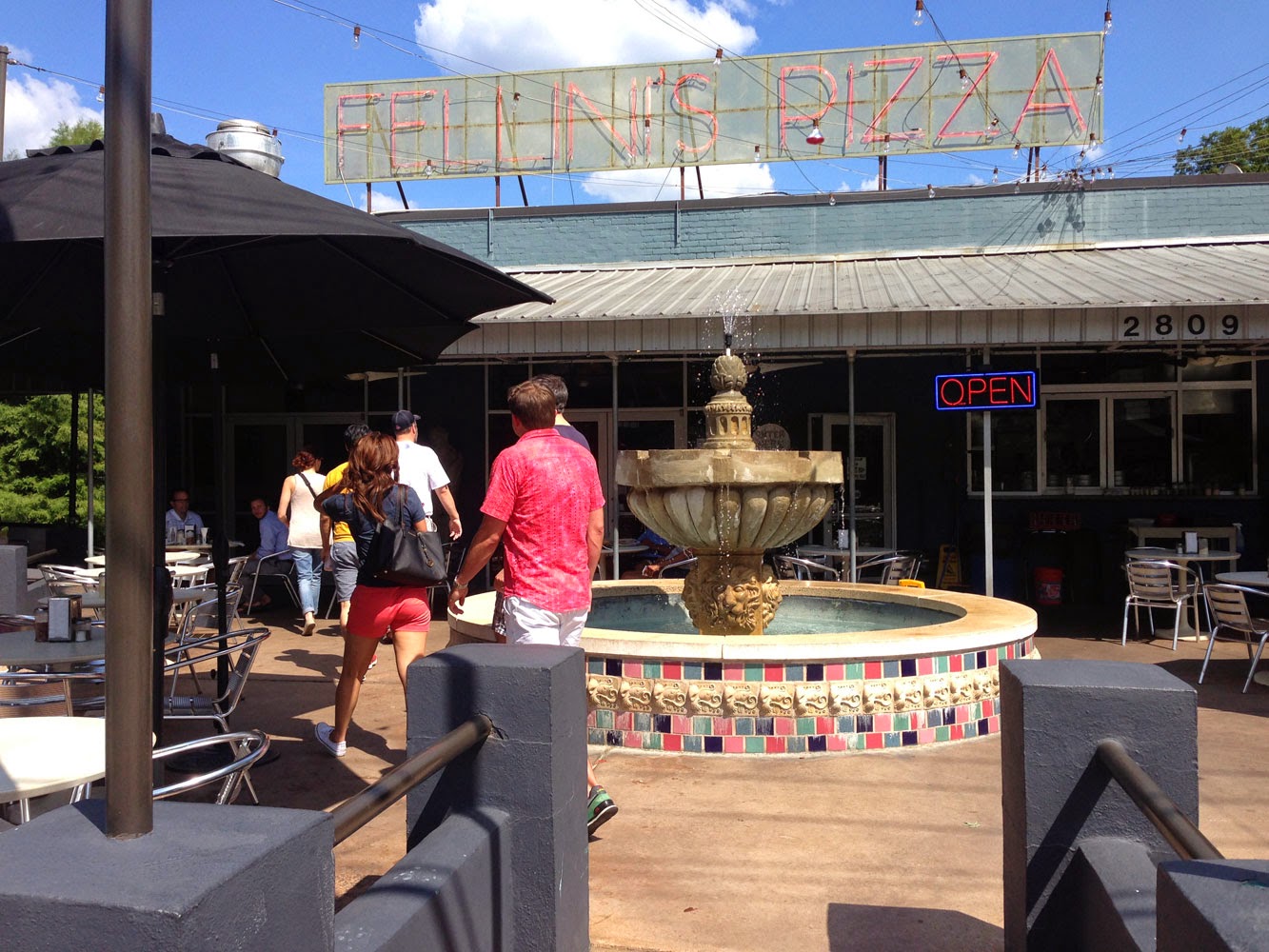 (a shorter version of this review also posted to Yelp)
There are two Fellini's Pizza locations in Buckhead (I've actually visited the one on Roswell Rd the most often of the two), this one is located on 2809 Peachtree Rd NE, just South of the Whole Foods shopping center just south of East Paces Ferry Rd. I've staggered into this location quite a few times, especially back when the Garden Hills Cinema was still open. 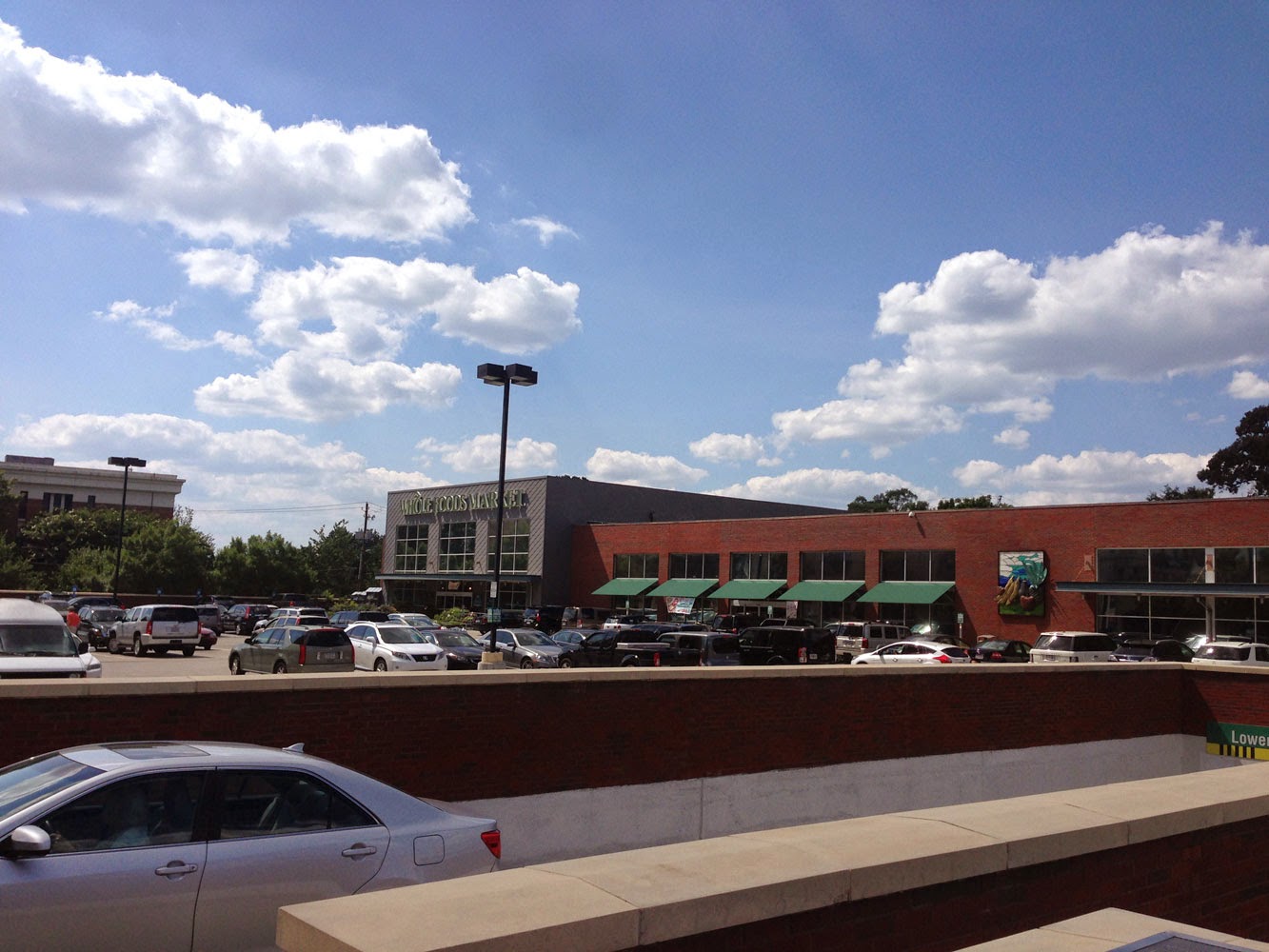 This Fellini's Pizza has tall neon letters and a big fountain on the deck where you can enjoy the various strollers on Peachtree's sidewalks. 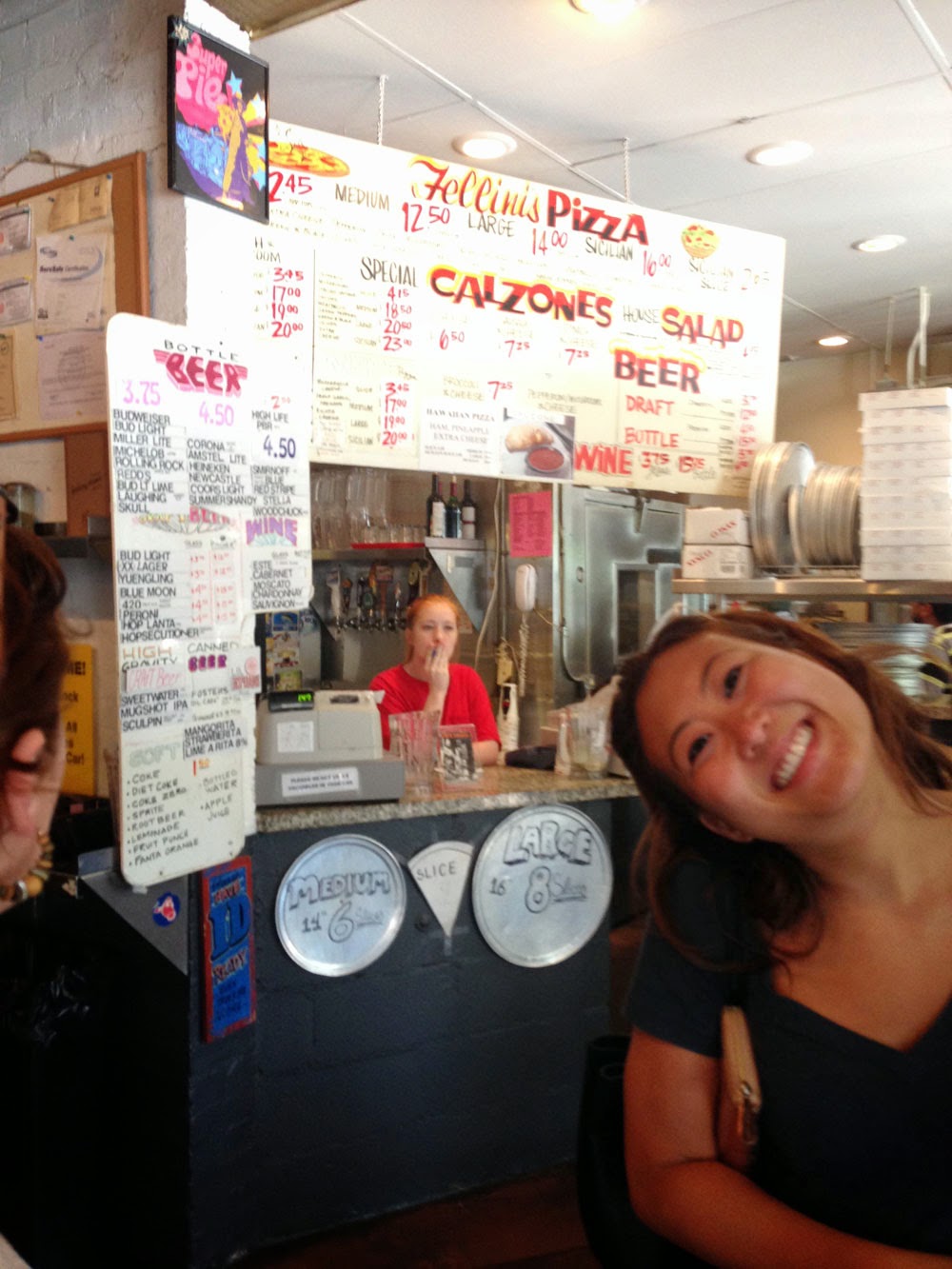 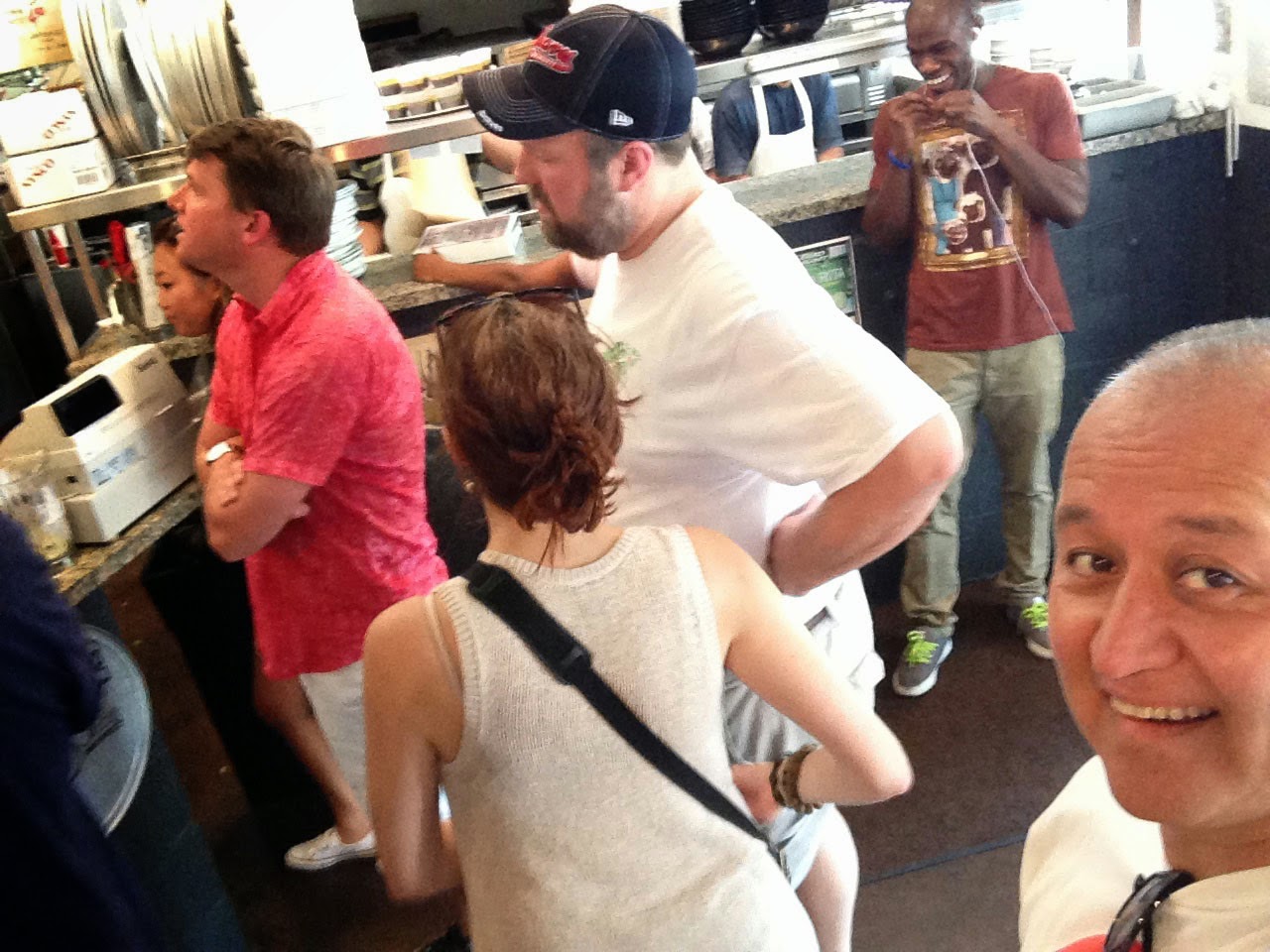 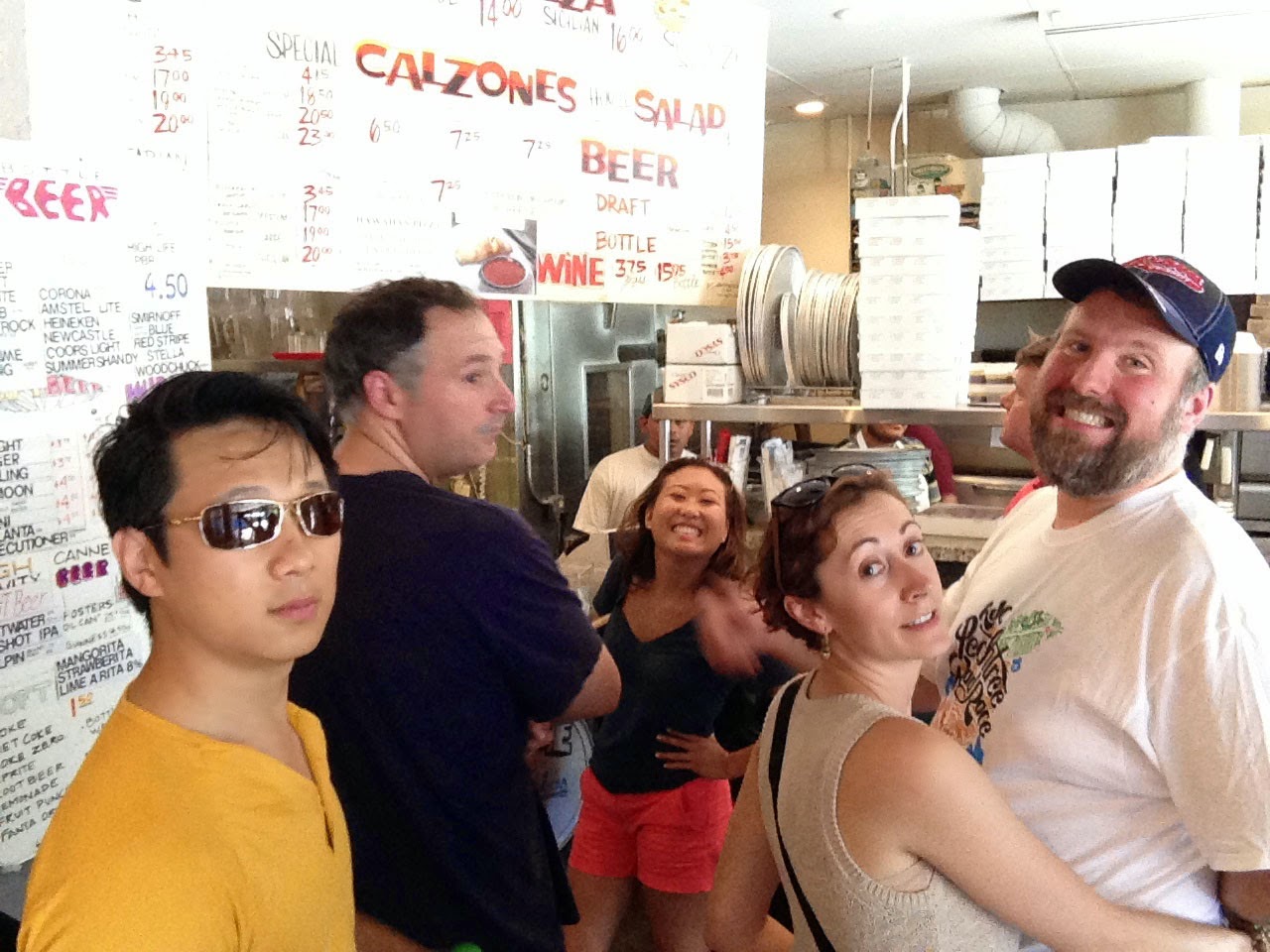 As with all the Fellini's, the menu is hand-painted (believe the originals were all done by J.J. of L.A RIP) - you order over the counter and the goodies are delivered to your table. I've always favored the slices over the whole pies (I think it's because the reheat crisps up the crust and dries out a bit of the grease). Pitchers are cheap so we had a couple.

We were also joined by two more participants expanding our number from 7 to 9. We had some of the other people there cracking up with our antics. Slices included:

Meatball and Spinach - this looked to be quite the delicious combo - probably the next one I try. 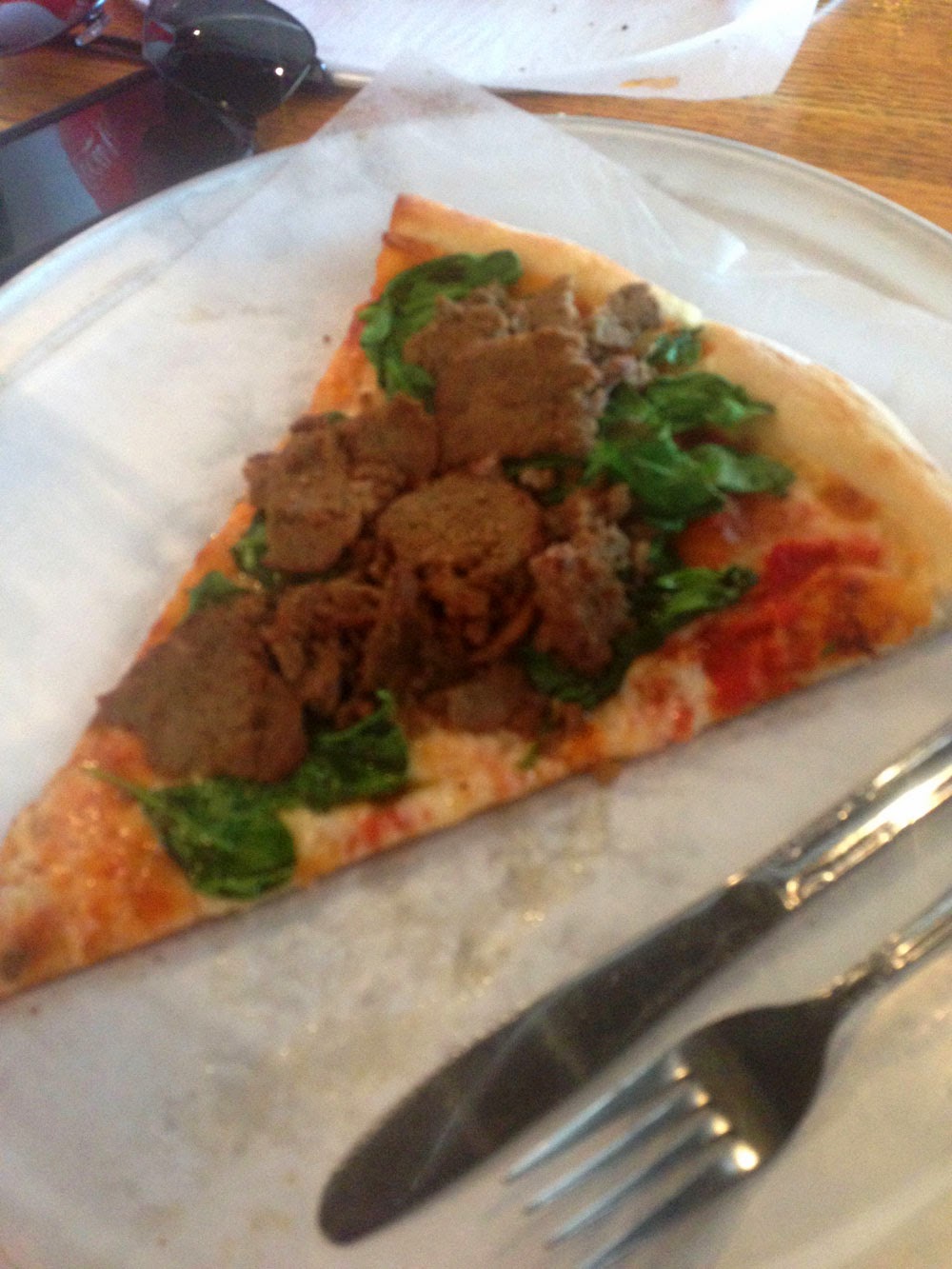 Thick Crust Hawaiian - haven't tried this here but it looked great. Kevin indicated that it was quite good. 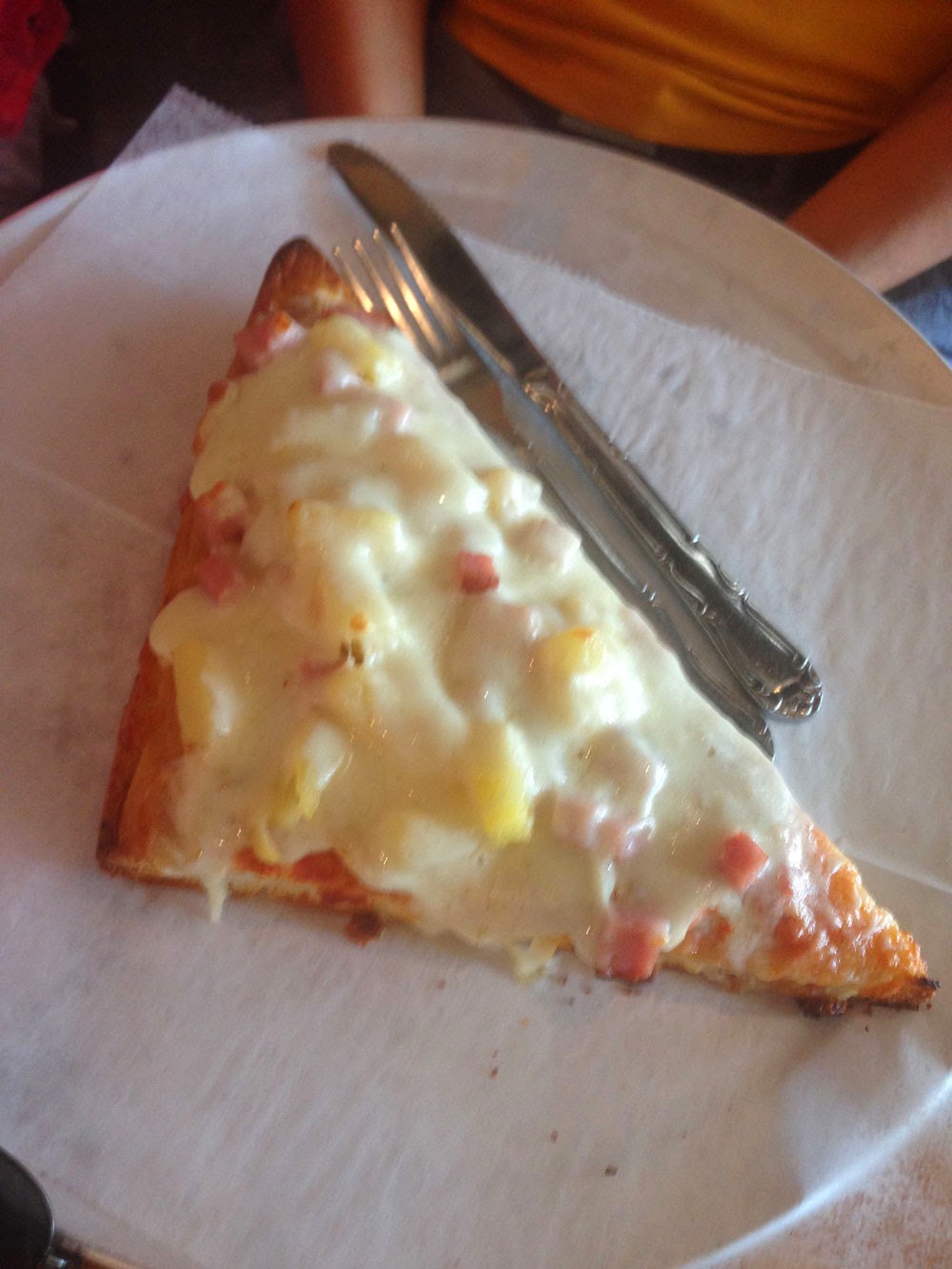 Pepperoni and Mushroom - this is my old standby (yeah, I know, boring as hell but it's just what appealed to me that day). This was pretty greasy with oil running down the back of my hand. 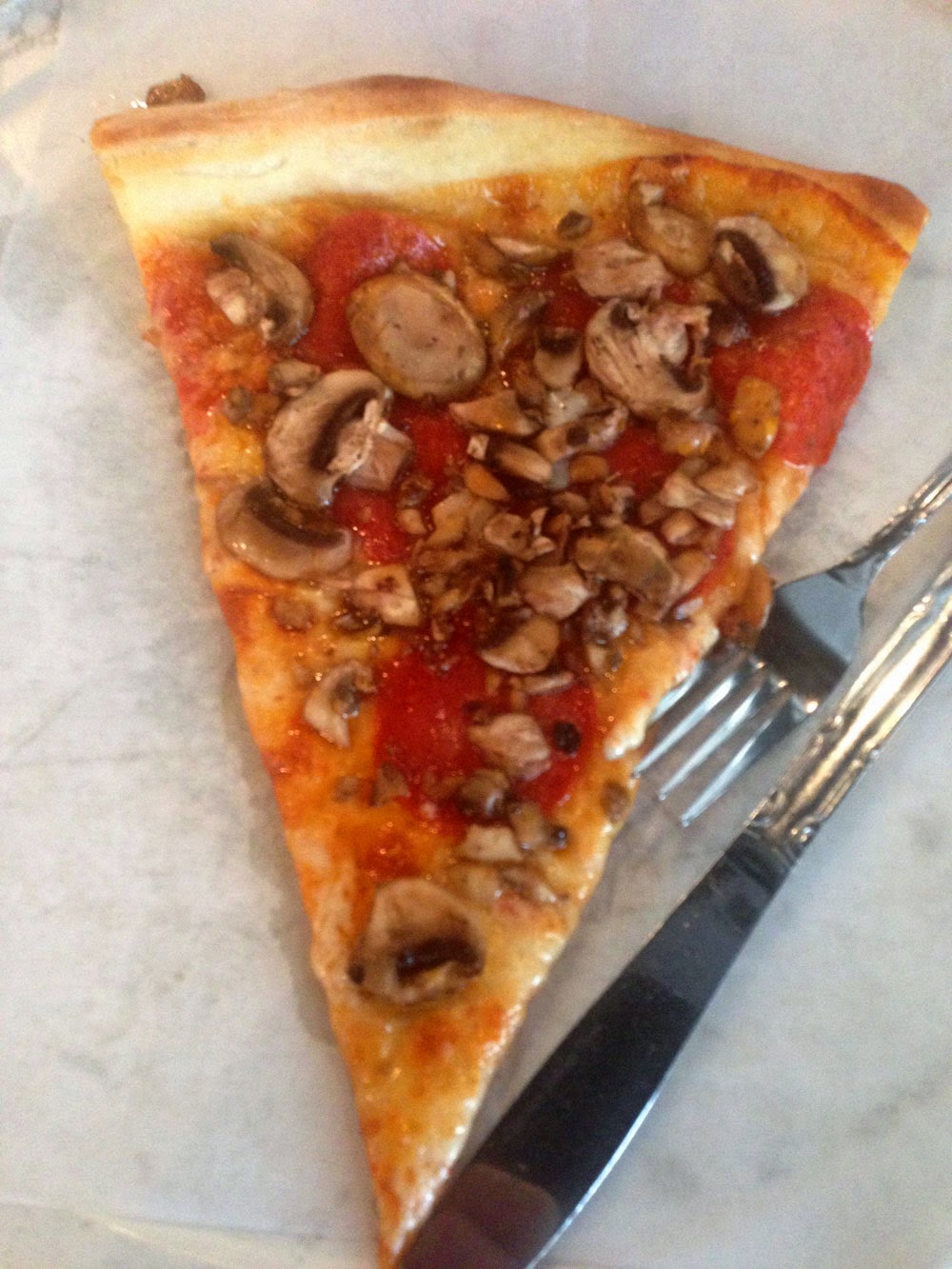 Pepperoni - sometimes the simplest pizzas are the best. 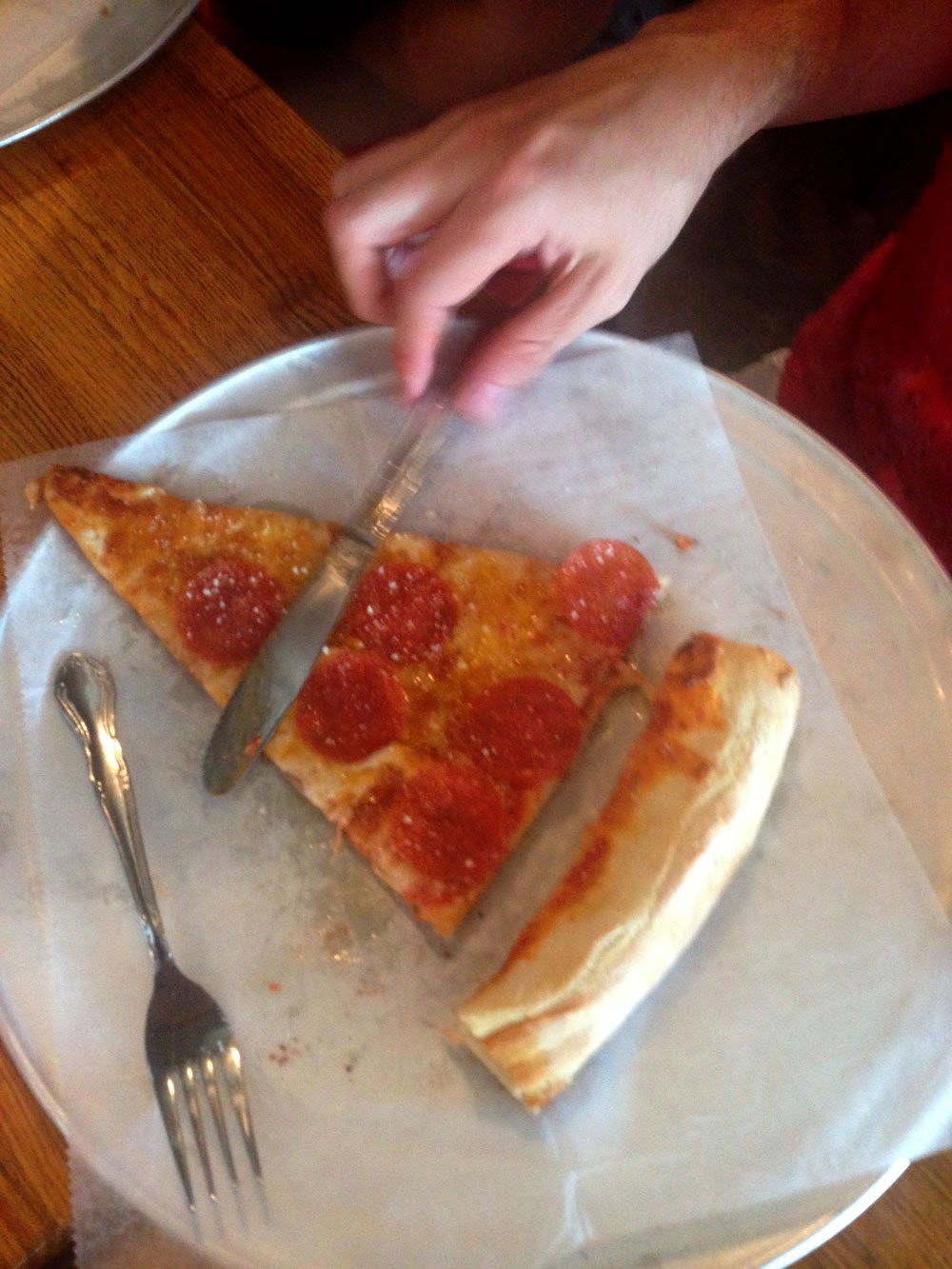 Sausage, Meatball and Pepperoni - another combo that appeals to me as a dedicated carnivore! The beers went down smooth and easy - Terrapin Hopsecutioner IPA! 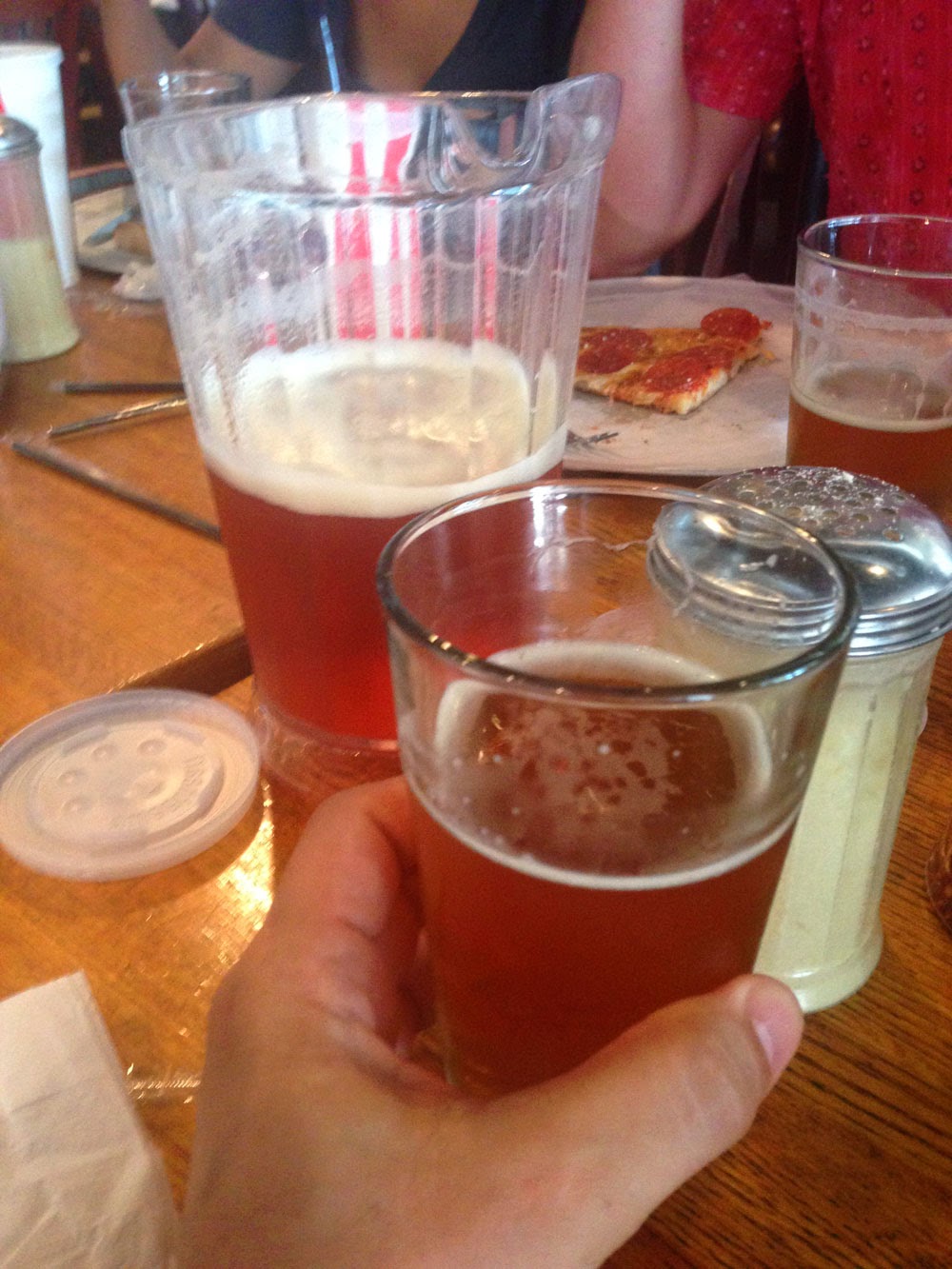 In general the pizza is/was good - I think these days there are much better pies out there but if nothing else Fellini's Pizza has been consistent for the close to 30 years I've lived in Atlanta. After finishing up (and washing up a bit), we filled up on an pint of water and hit the road again - the next stop is the Whitehall Tavern (man I sure do miss Oxford Two) were we plan to fuel up on alcohol only. 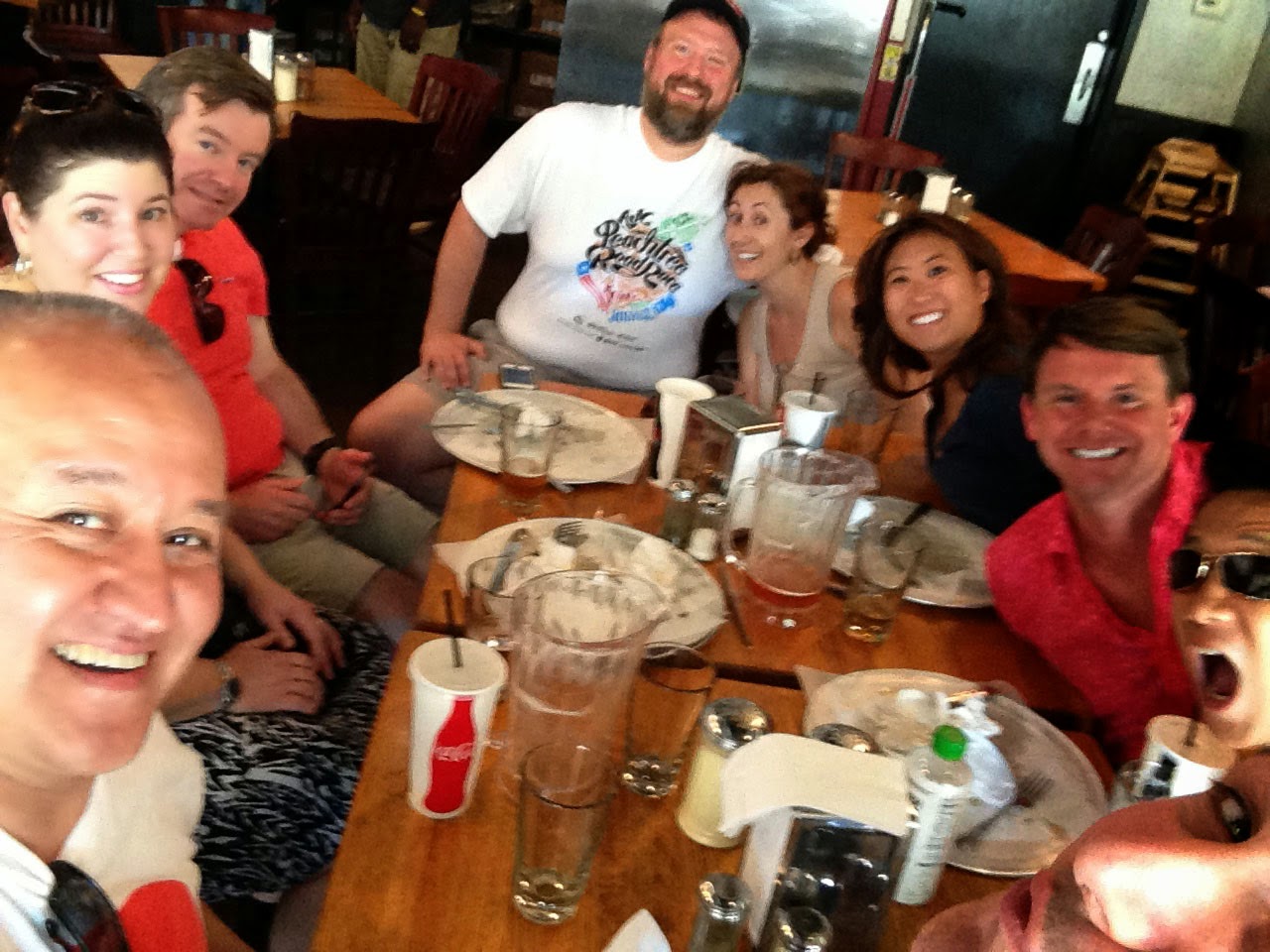