(shorter version also posted to Yelp)
This is my first visit to Sage Woodfire Grill, I believe I haven't visited any restaurant that's held the same location since it was a fern-and-brass restaurant called Houlihan's - I used to go to that previous place, mostly for the faux potatoes (cauliflower mash) and Bloody Mary's - it was a great after-work relaxation place for a bite and a drink. I worked during the early 90's at a restaurant called Mi Spia in the same shopping center, Park Place - Mi Spia was previously Spiaggi's and owned by Doug and Claudia McKendrick who also owned the Park Place Tavern next door (both of these have been closed for many years - but you can try the very good steak house, McKendrick's on the South side of Park Place). Other places to try in Park Place include: Eclipse de Luna (great tappas and mojitos!); Café Intermezzo (this used to be my "deal sealer" for dates back in the day); and Alon's Bakery (best cakes in town in my opinion). You can park in the lot in front if you're lucky, otherwise swing around to the back and walk up through the open courtyard. 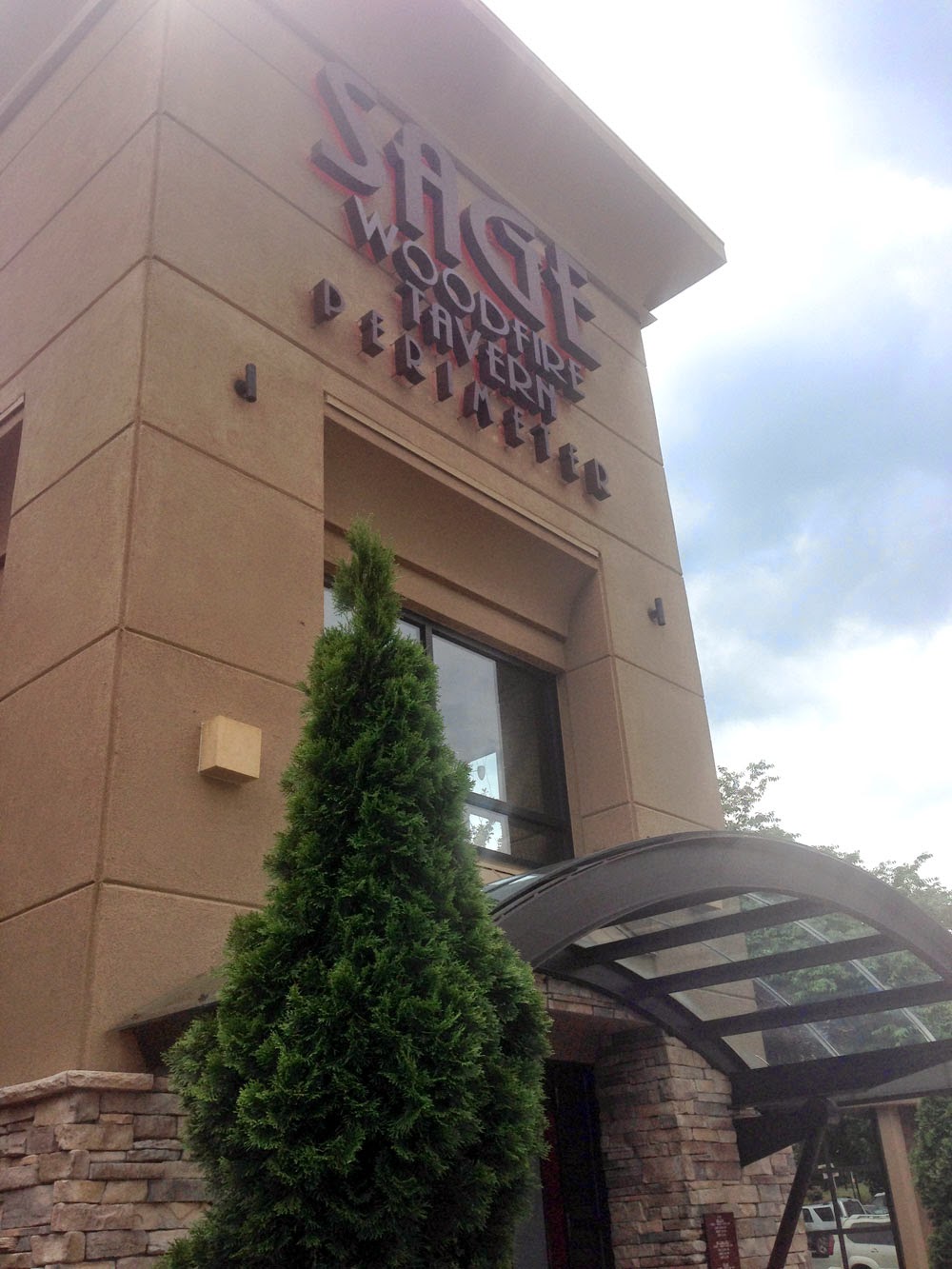 Sage Woodfire Grill is the primary restaurant towards the middle of Park Place (McKendrick's is on the right side facing while Eclipse and Intermezzo is around the back on the left) - when you walk in your eyes will need to adjust to the dark and intimate interior. The bar is to the left and is quite spectacular - if I were still in the dating circuit I could see myself enjoying a nice martini in the spectacular blue light. Sage is upscale and it shows in the fantastic furnishings. 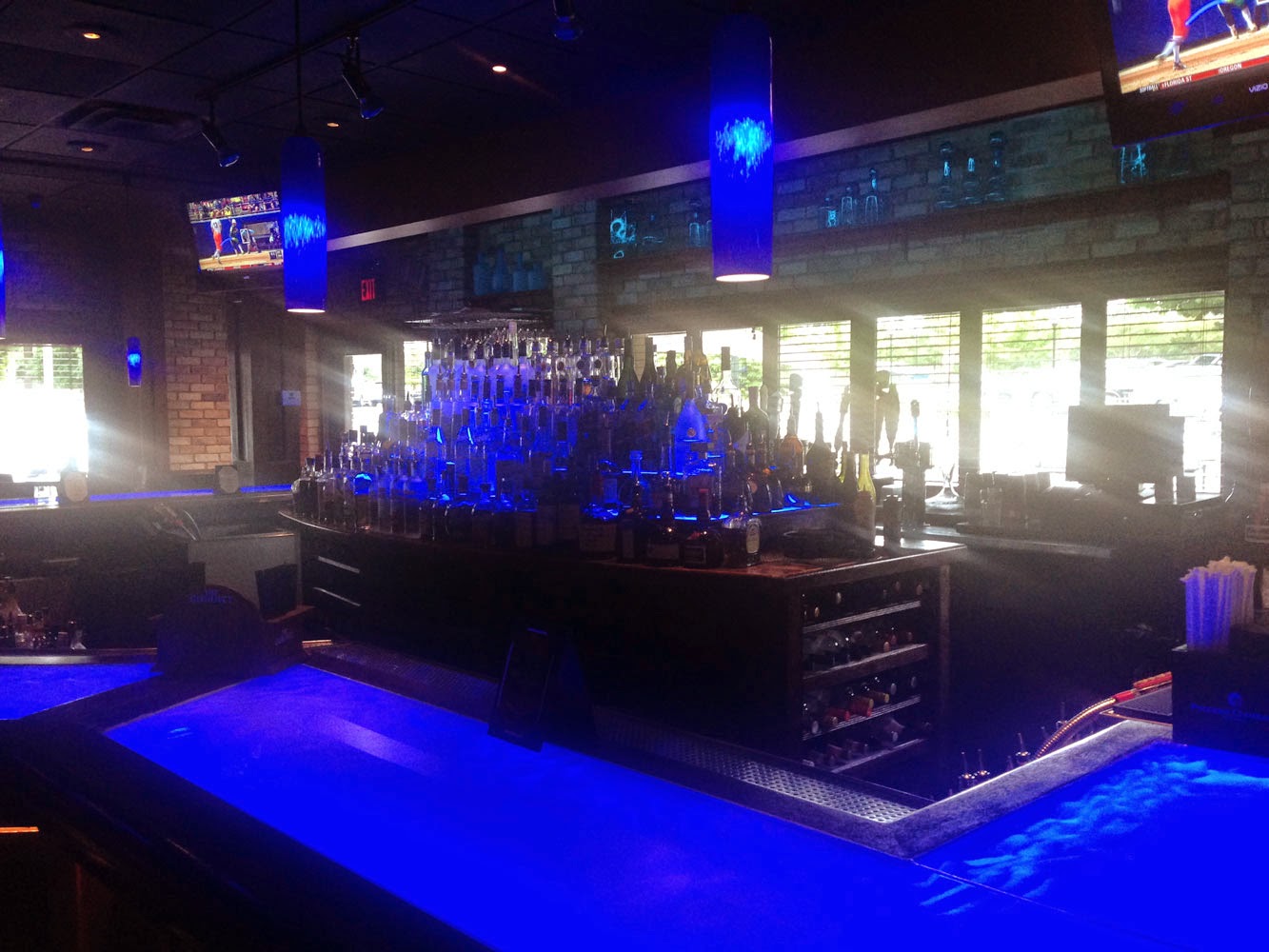 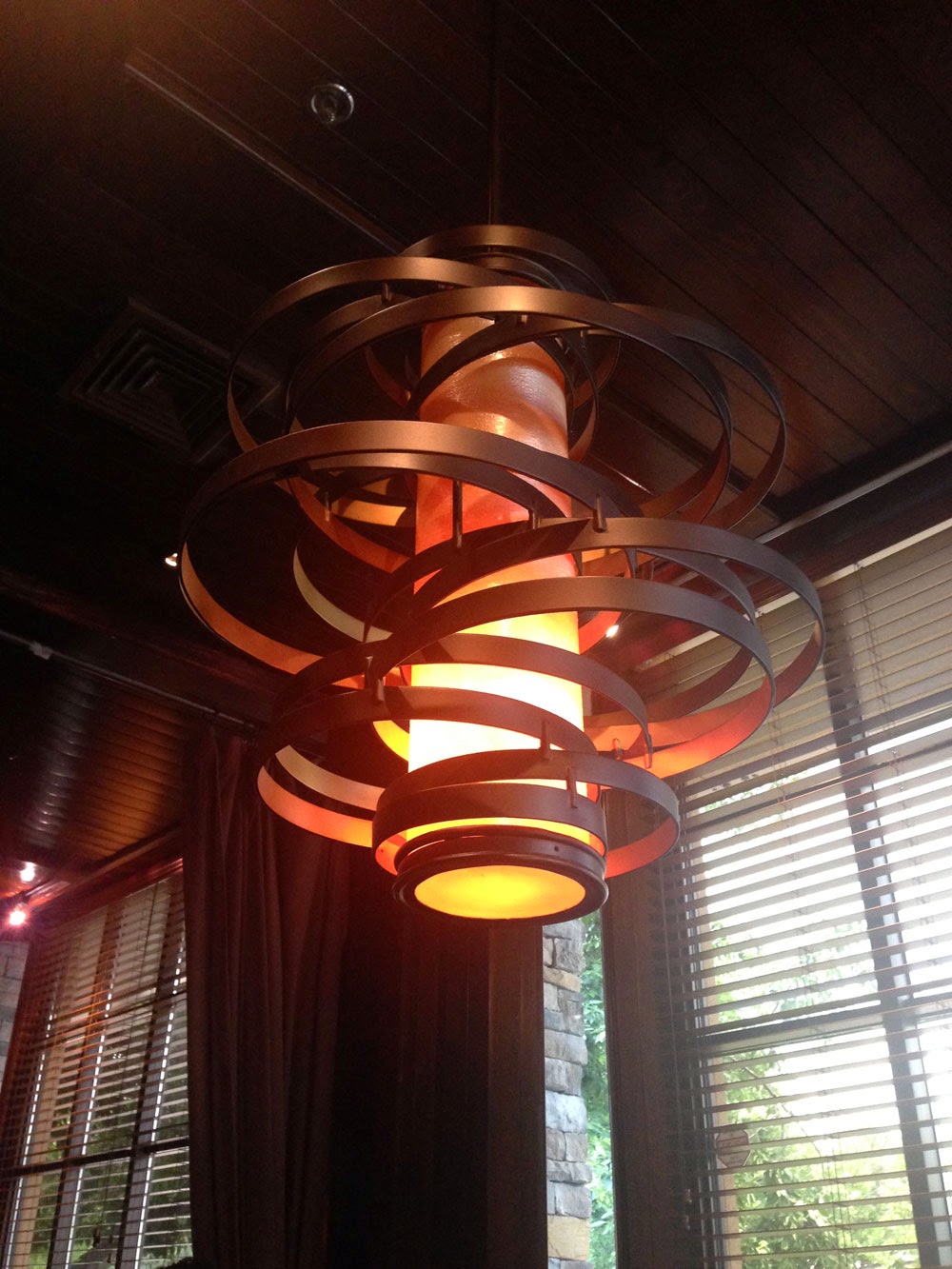 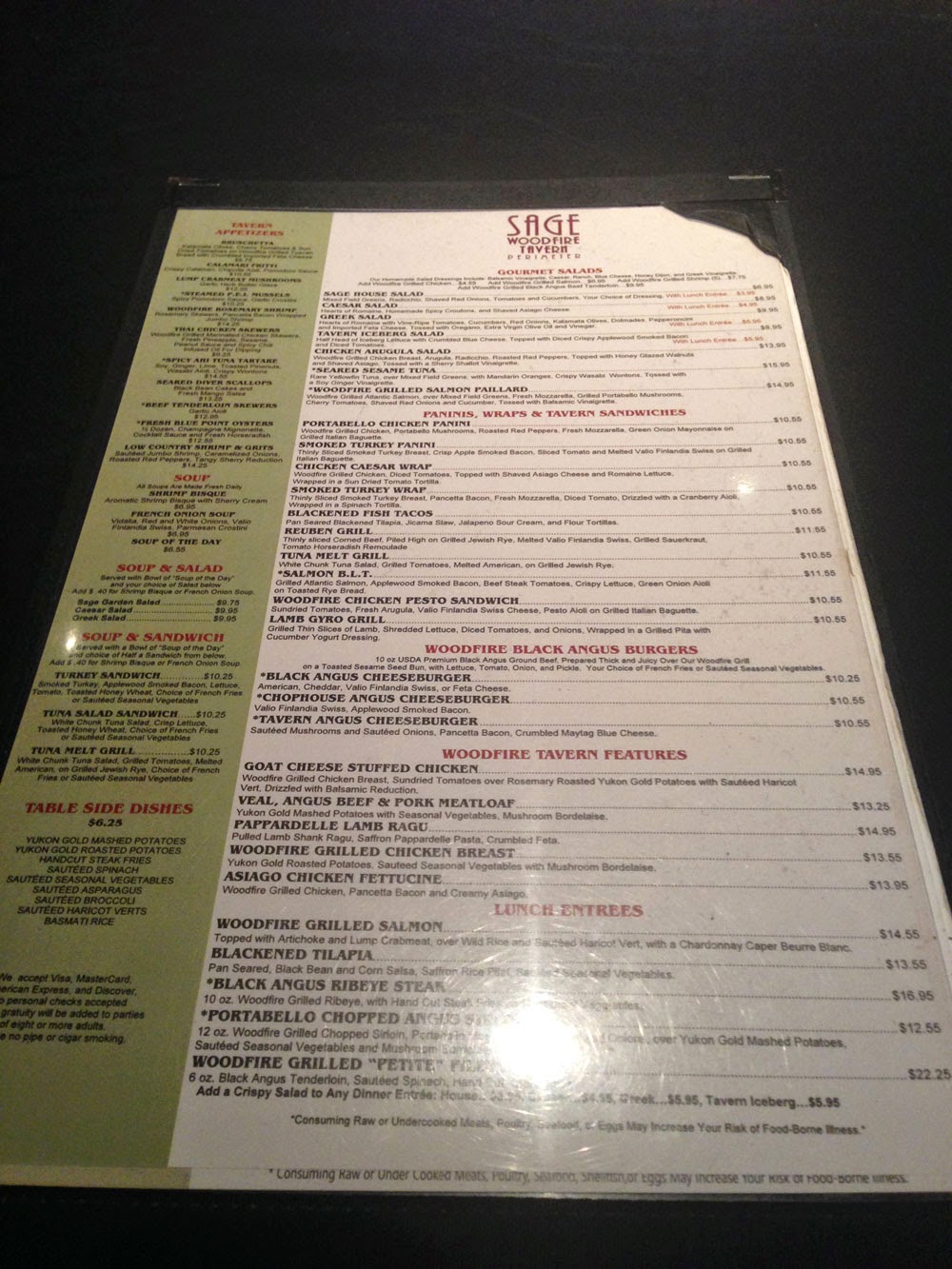 We had a rather large party of about 20 co-workers - sending off one moving to live in Luxemburg. We called ahead and were seated immediately with a server there to handle drink orders. We were given the specials-spiel and told about how most items were grilled on an open flame - I could certainly taste the flavors (mostly oak if I'm not mistaken - I like this much better than the overpowering flavors from mesquite - try the nearby Chequer's and you'll see what I mean). 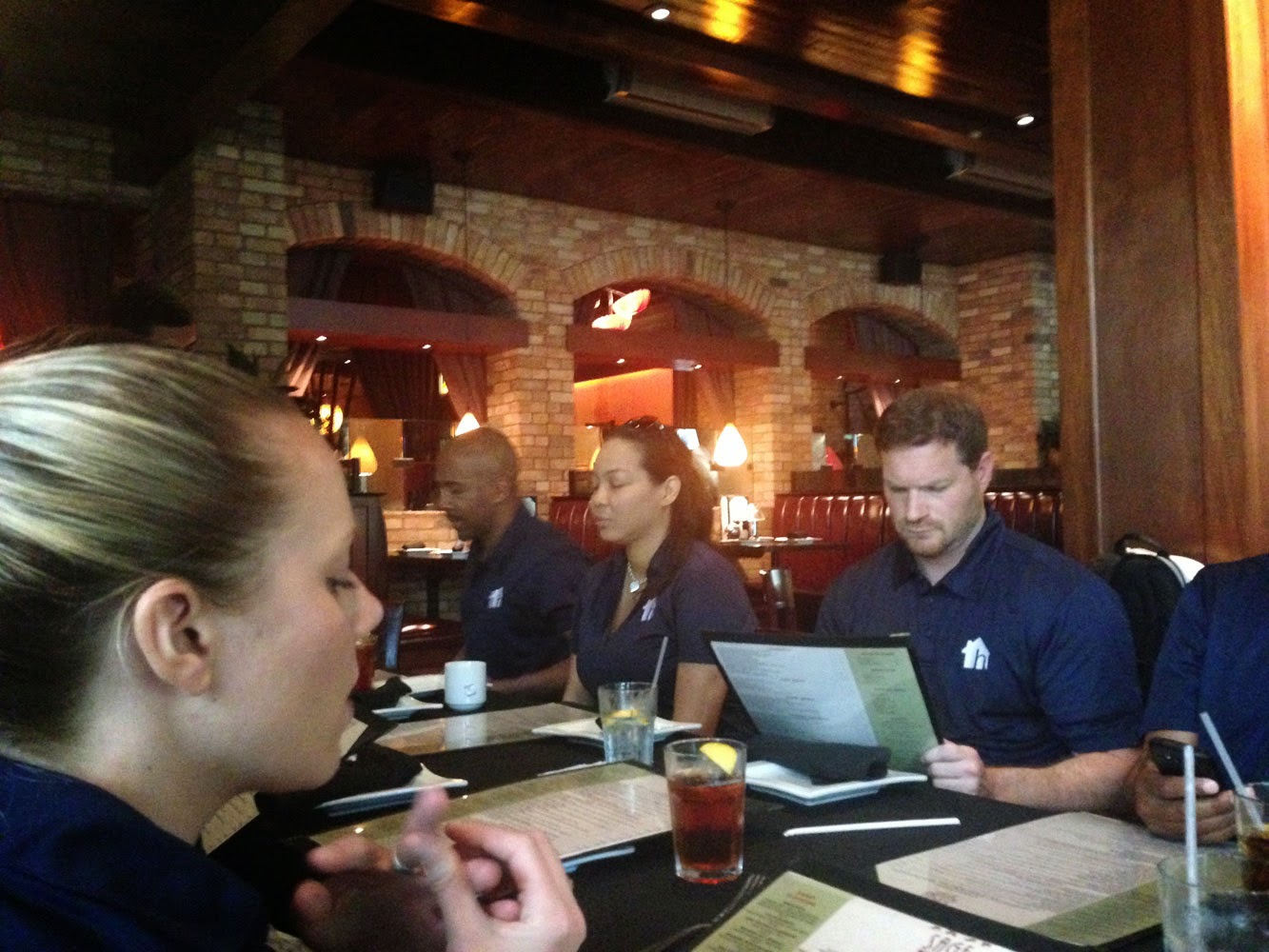 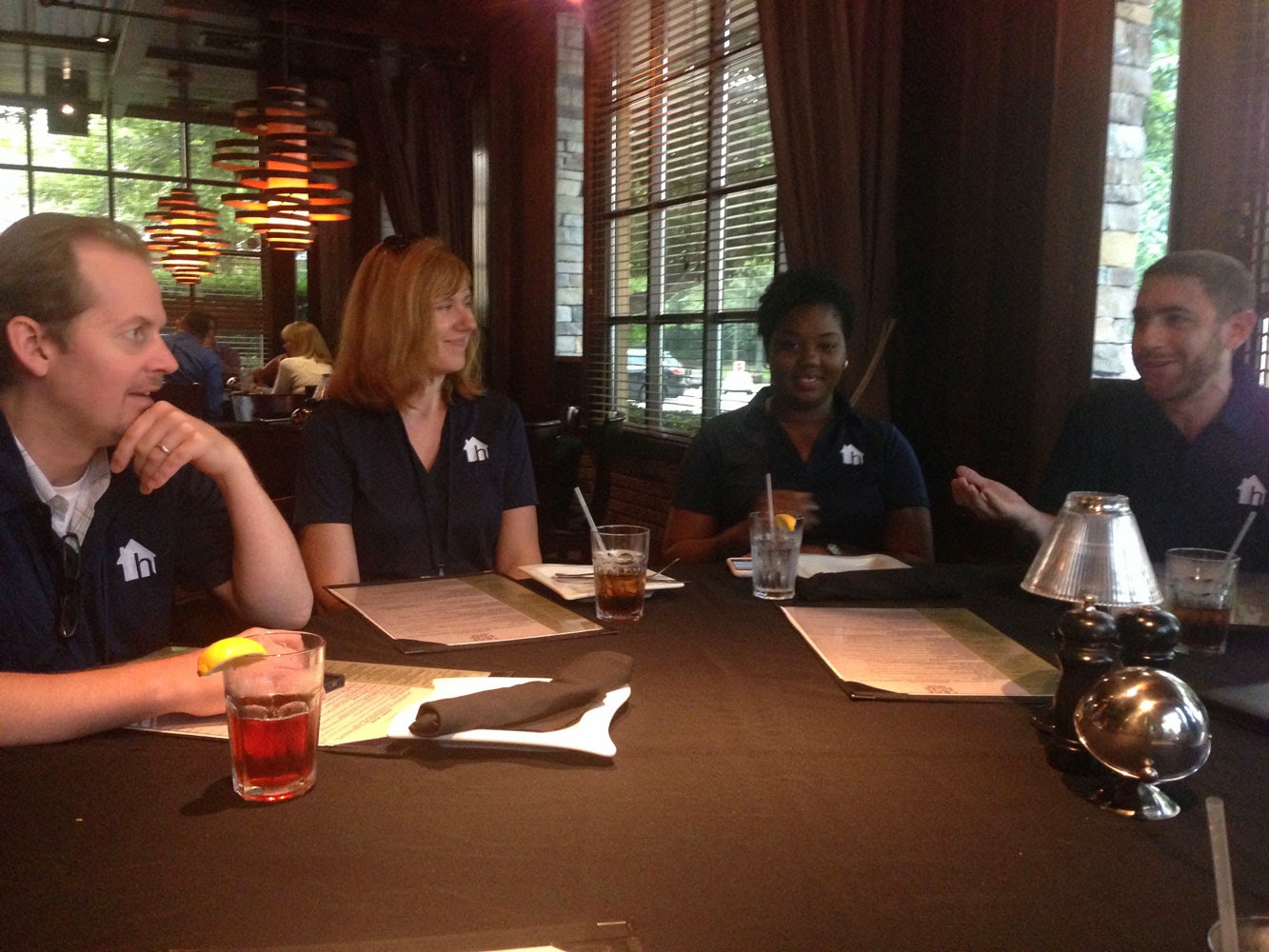 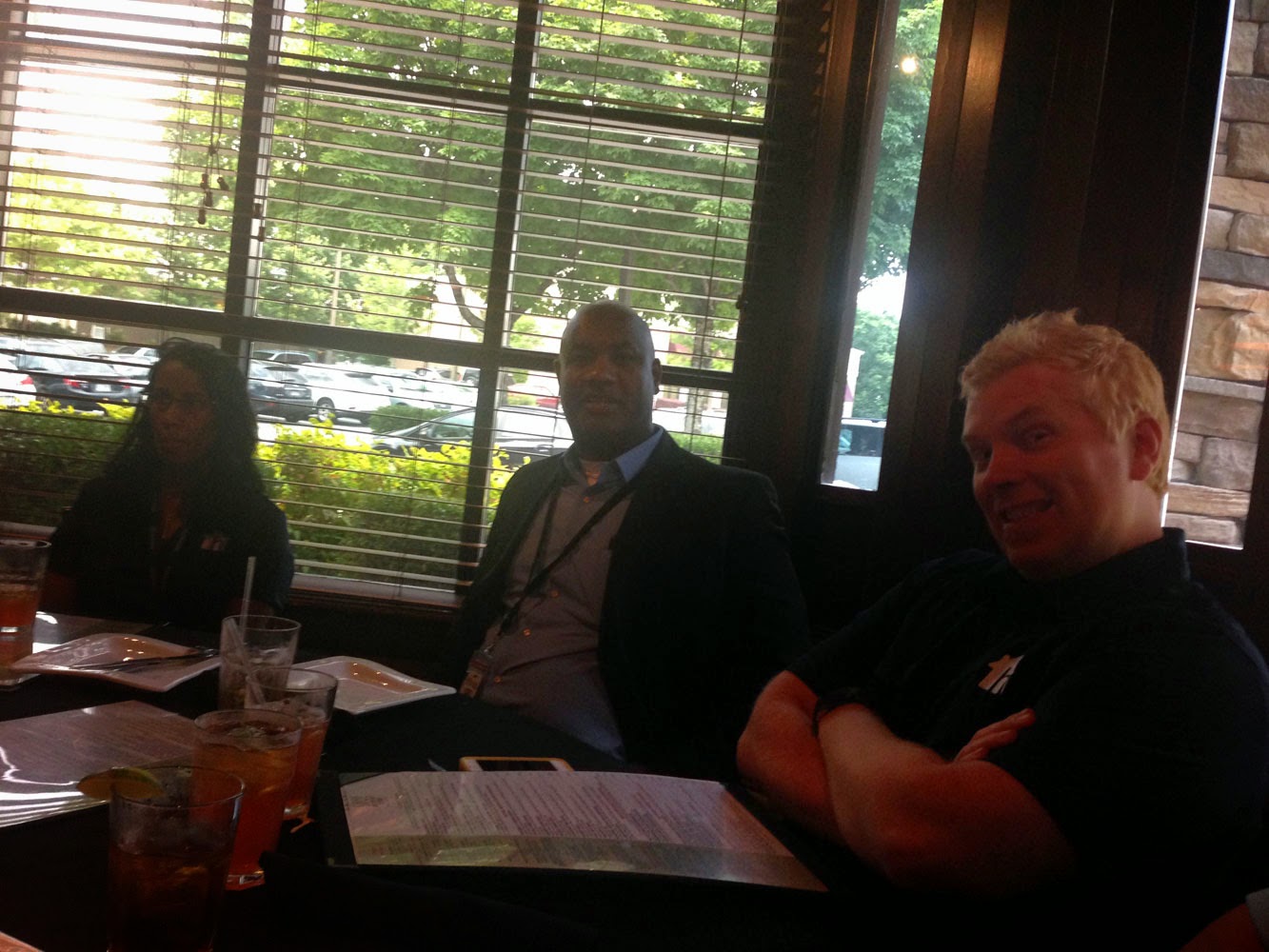 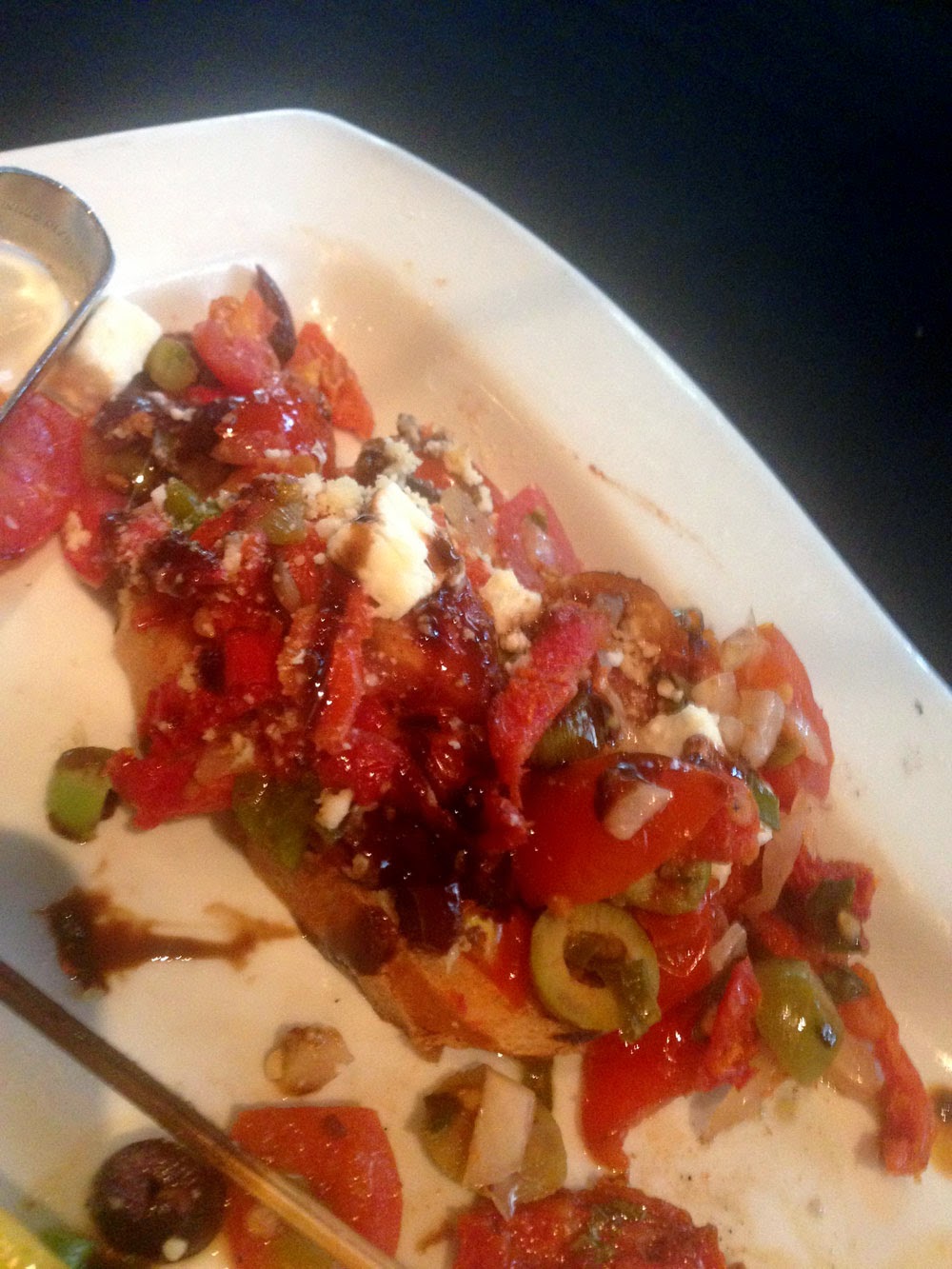 I ordered Salmon B.L.T. - something I hadn't had since I worked at the Buckhead Diner and something I was quite fond of - Sage's version was delicious and I was very happy. I wish I had taken more photos of the food but I felt a bit awkward doing so since it tends to take over the group and conversation and frankly I didn't want to be "that annoying guy"... Our party was large and of course it took time to feed everyone (I had anticipated this but I think some of the others there were complaining). I thought the service very good but the single server could have used the help of another.

I had an interesting encounter in the bathroom - the sink has a chrome plated slab of metal where the spigot normally would be - I had to puzzle out the single stem sticking up from the top (pull to have water flowing from the bottom of the chrome slab). Sorry but this stuff amuses me... 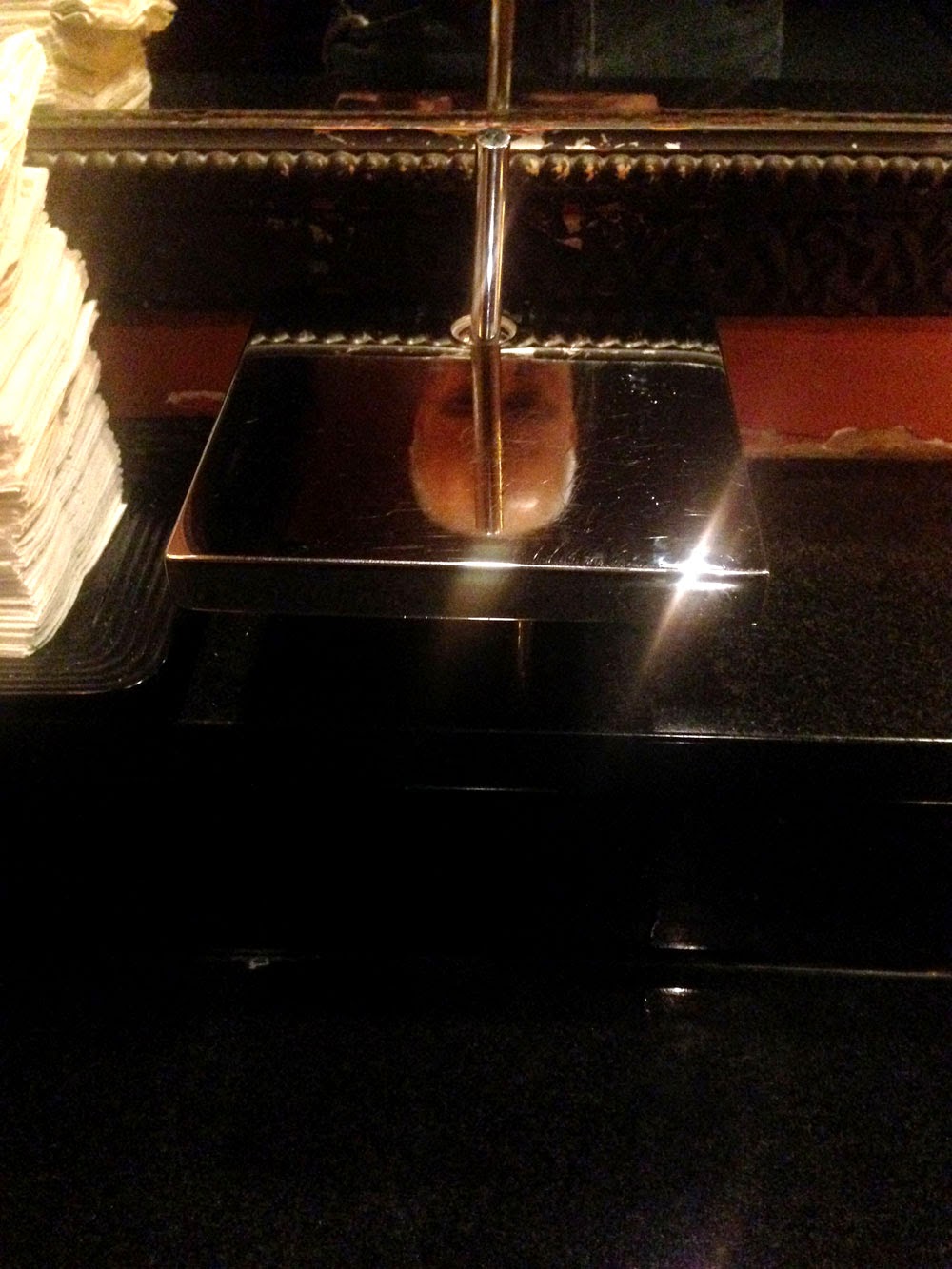 I asked around a bit about the food that others ordered and everyone had good comments - it was difficult to see what people liked the best but everything had evaporated by the end of the meal. I'll be returning to try other items on the menu. I also want to try out that fabulous bar - up until now from work we either go across the street to Chuy's, the Oakwood Pub or TacoMac (it's a guy thing); or when the group has more of our female members, we've been heading to Eclipse de Luna - I think I'll try to get a few of this latter group to try Sage's bar the next time.