(Shorter version of this review also posted to Yelp)
I actually have a previous review of the old location for Little Szechuan that is a bit less flattering. The former location hosted a long history of great, then not-so-great food as that part of Buford Hwy experienced up/down swings. The quality took a bit of a hit as Chef Kong adjusted to a different clientele, trying his best to make a living yet struggling to maintain the original quality - ultimately moving locations to the current Sun Tan Center shopping mall. The new location makes it much more accessible to "townies" so I hope that this move improves things for this venerable restaurant.

Little Szechuan long had the reputation of attracting local restaurant owners and chefs, who desired a more authentic Szechuan menu (remember at near 20 years there wasn't the plethora of Asian restaurants, particularly good ones, along the BufHi corridor) - I frequented the previous location for close to 20 years and it was long my favorite. Sure there are some Americanized items on the menu and to some this would disqualify the food as not-worthy - but if you do you're missing out on some great tasting Chinese food.

Recently I attended a UYE (Unofficial Yelp Event) hosted by my old Yelp friend, Daniel B (hey man, thanks for hosting!) with about 20 other Yelpers on three-four tables. Since there were so many attending, we were able to sample a huge variety of Chinese dishes - some old favorites, and some I hadn't tried. In general everything was terrific, a great mix of classic flavors, Szechuan heat/peppers and well-cooked meats and vegetables. Even with the large group, the servers did a good job keeping up with the demands of over-picky foodies. I think everyone had a good time and I heard many good comments. 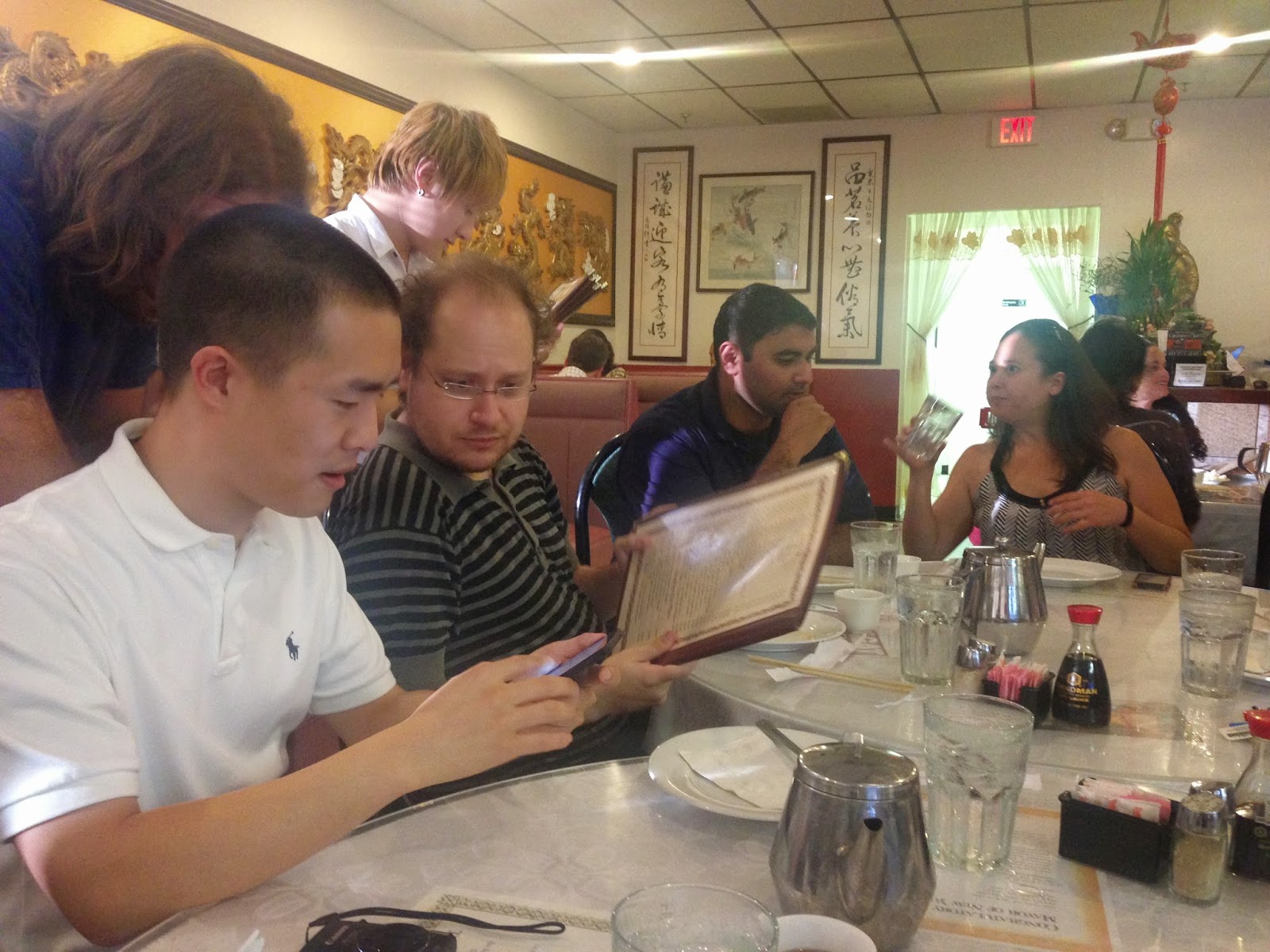 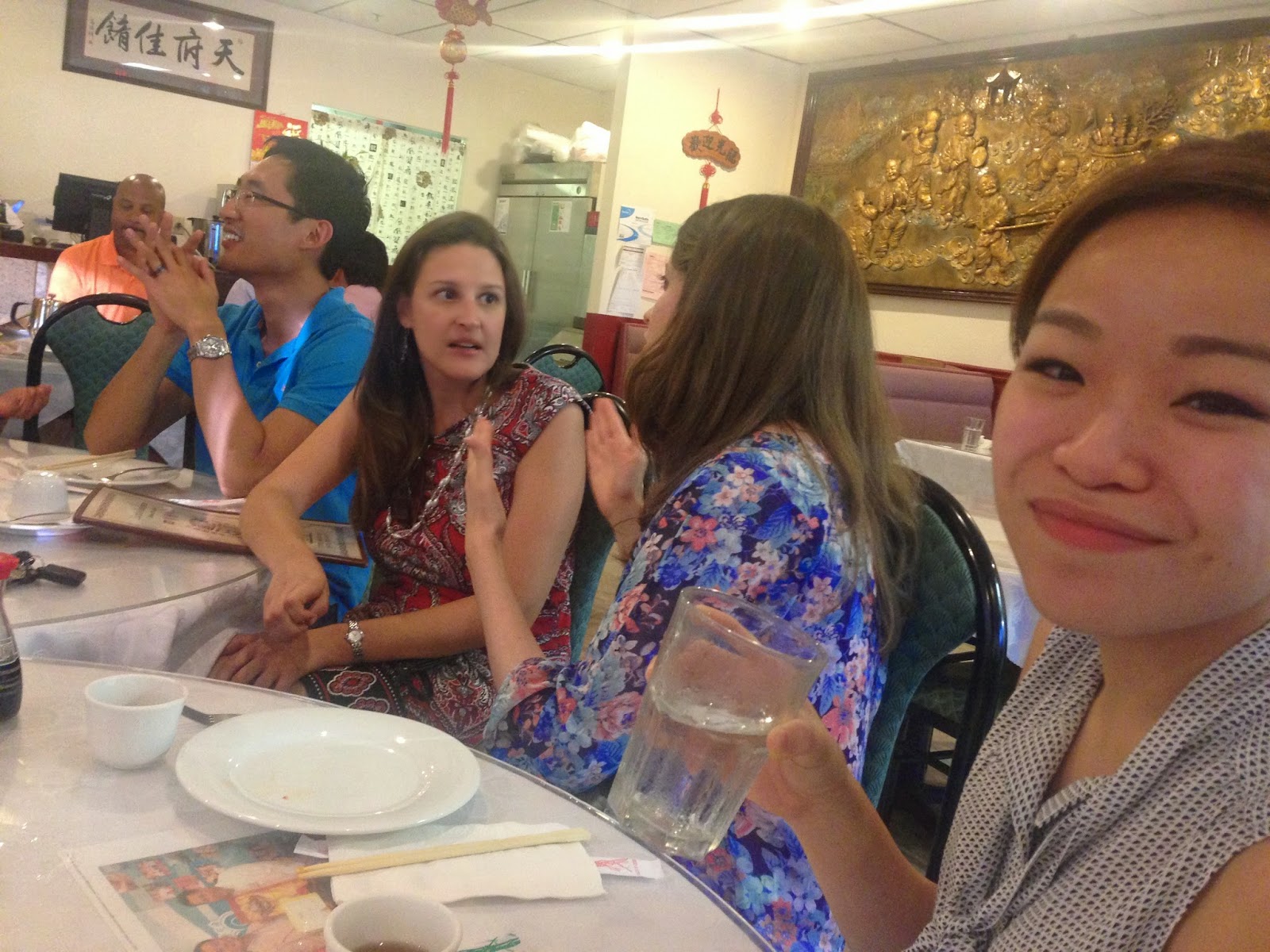 I was basically floored by the interior of the new location - my expectation was something brand new - instead it was as if the old location was basically moved with everything rearranged for a new space. It will appear quite familiar to most who have visited the original location. The exterior of the shopping center is a bit shabby but don't let that stop you.

Here's a rundown of what was ordered at our table:

Eggplant w/Spicy Garlic Sauce - one of my favorite vegetarian dishes, the eggplant has great, slightly sweet flavor with garlic and a delicate consistency. I fondly call them slugs as that's what they look like, but this dish is well worth it - the steaming hot eggplant across a bed of white rice - delectable! 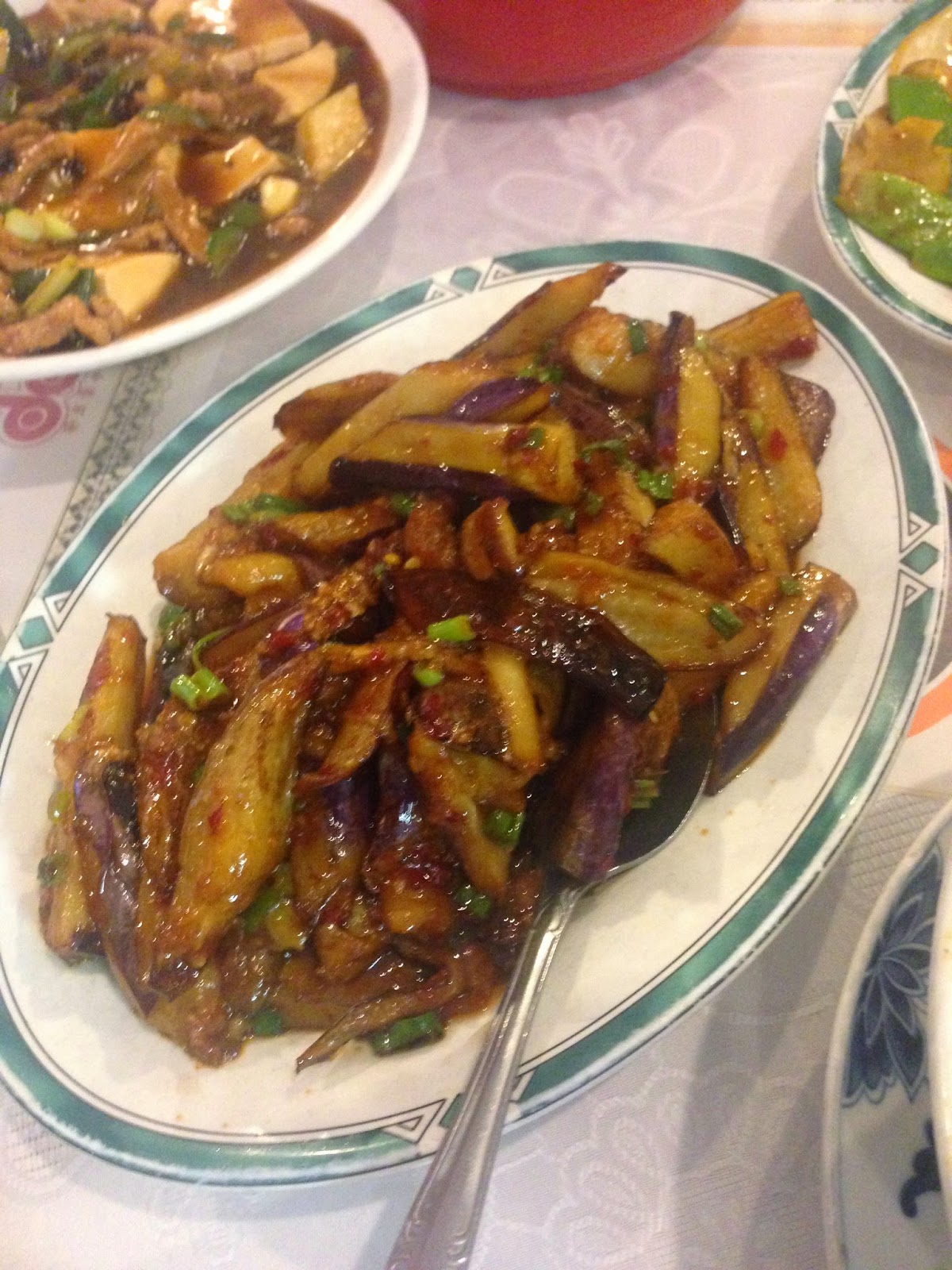 House Special To Fu w/Black Bean Sauce - this tofu dish has bits of yummy pork in a savory black bean sauce. The Tofu is delicate and floats across both your rice and your palate, both savory and earthy - this was easily one of our favorite dishes. 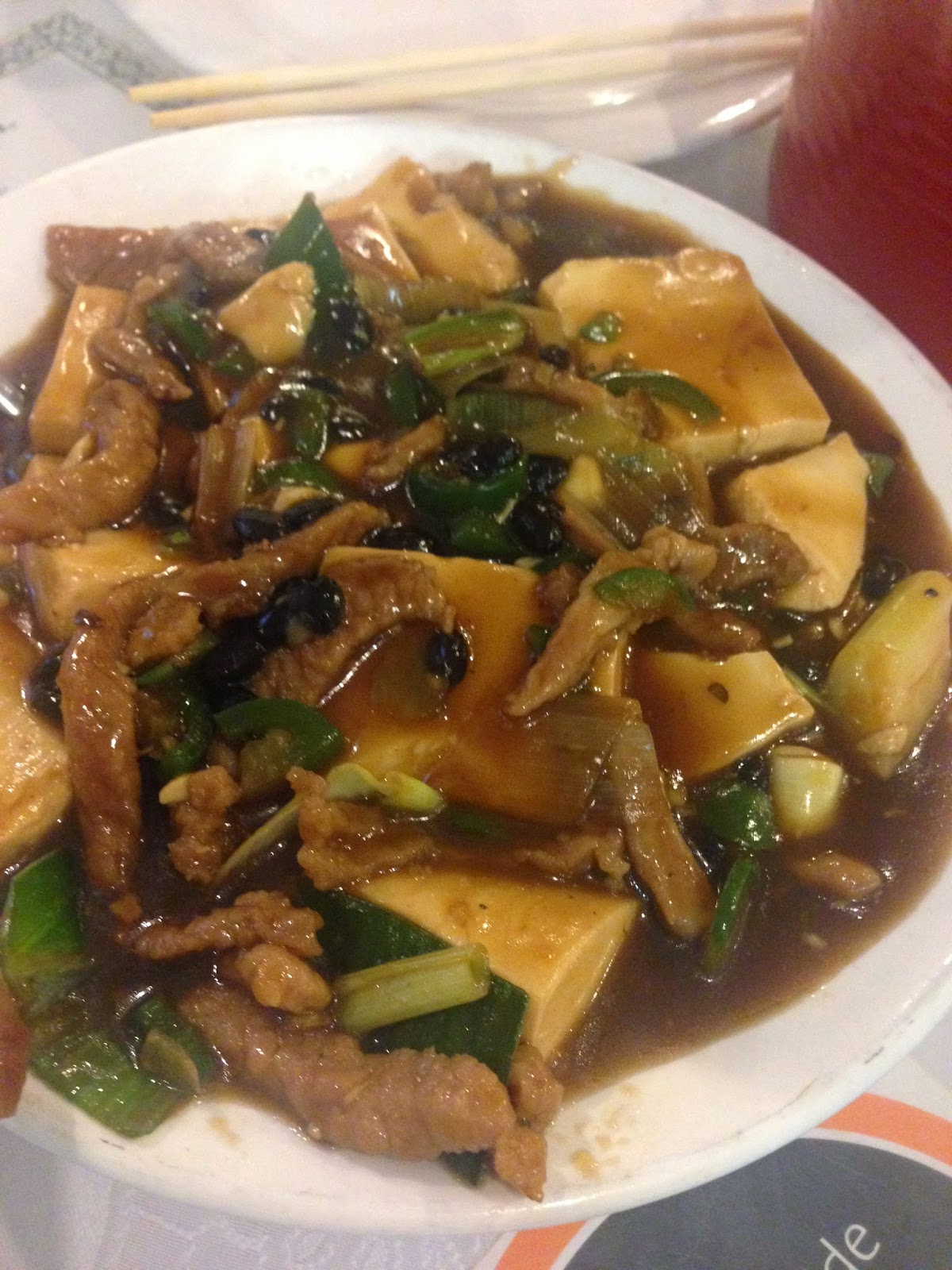 Stir Fried String Beans - this is one of my favorite dishes, period, and a great introduction to this style of cooking. It's funny now, but Little Szechuan used to be the only Chinese restaurant in Atlanta that served this dish - it's now become a common item. Ask for it without meat if you're a vegetarian - it's not quite as good but still delicious. 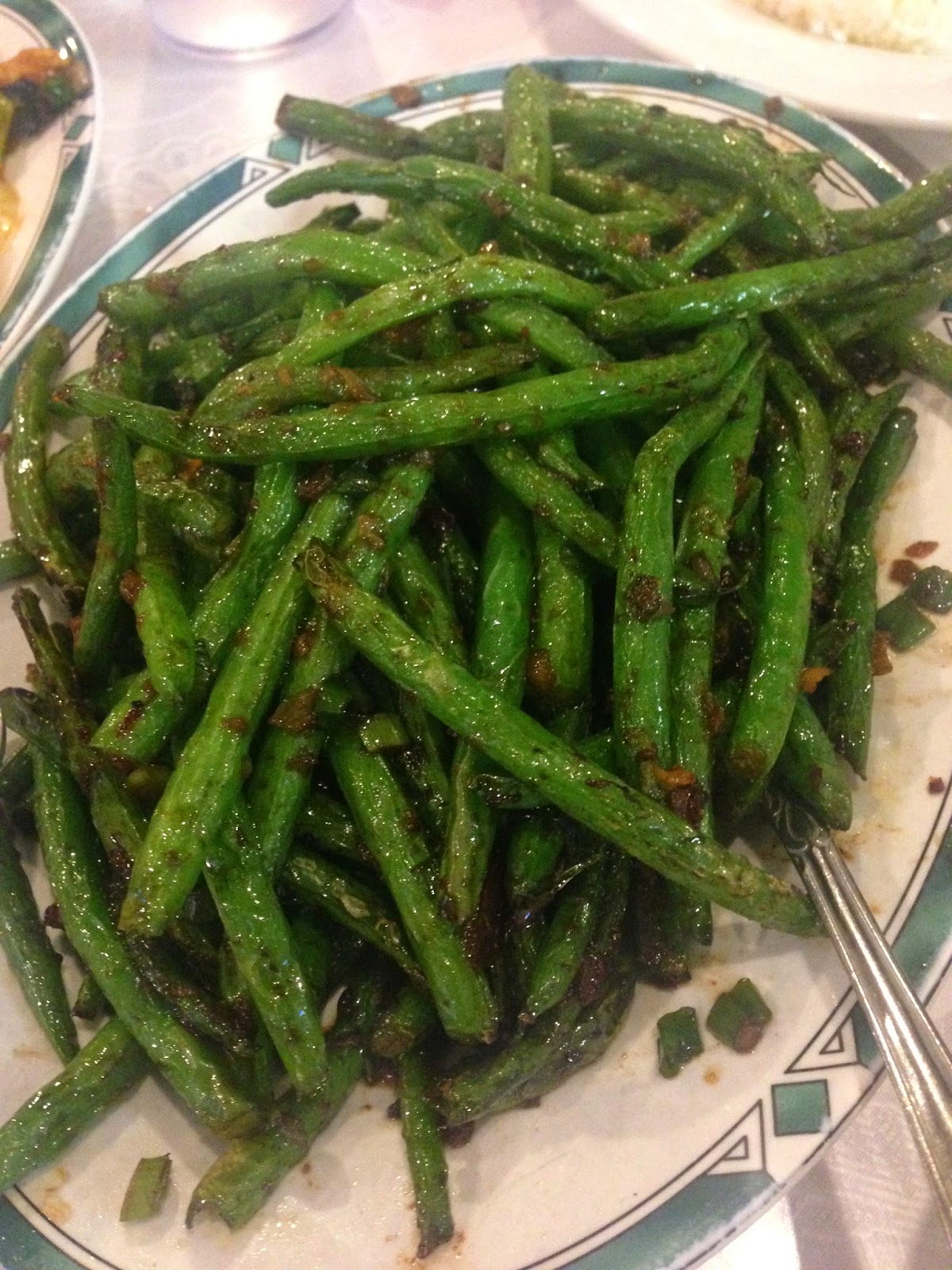 I be by now you're thinking "wow, what's with all the vegetables?" - the next dish was the Basil Chicken - this is not something I would normally order - mostly as when I think of that dish I think Thai food - this is most definitely not Thai but still worth ordering, especially if you like basil. The effect is strong and the sauce thicker than what you would find in Thai - still quite good.

Filet of Sol in Chili Sauce - I've never had this dish previously (although I've tried it at other restaurants) - it's quite good here. This is lightly sautéed fish in hot, soupy chili oil sauce tossed with peppers and cabbage, with cilantro as a garnish - not too hot but definitely spicy. 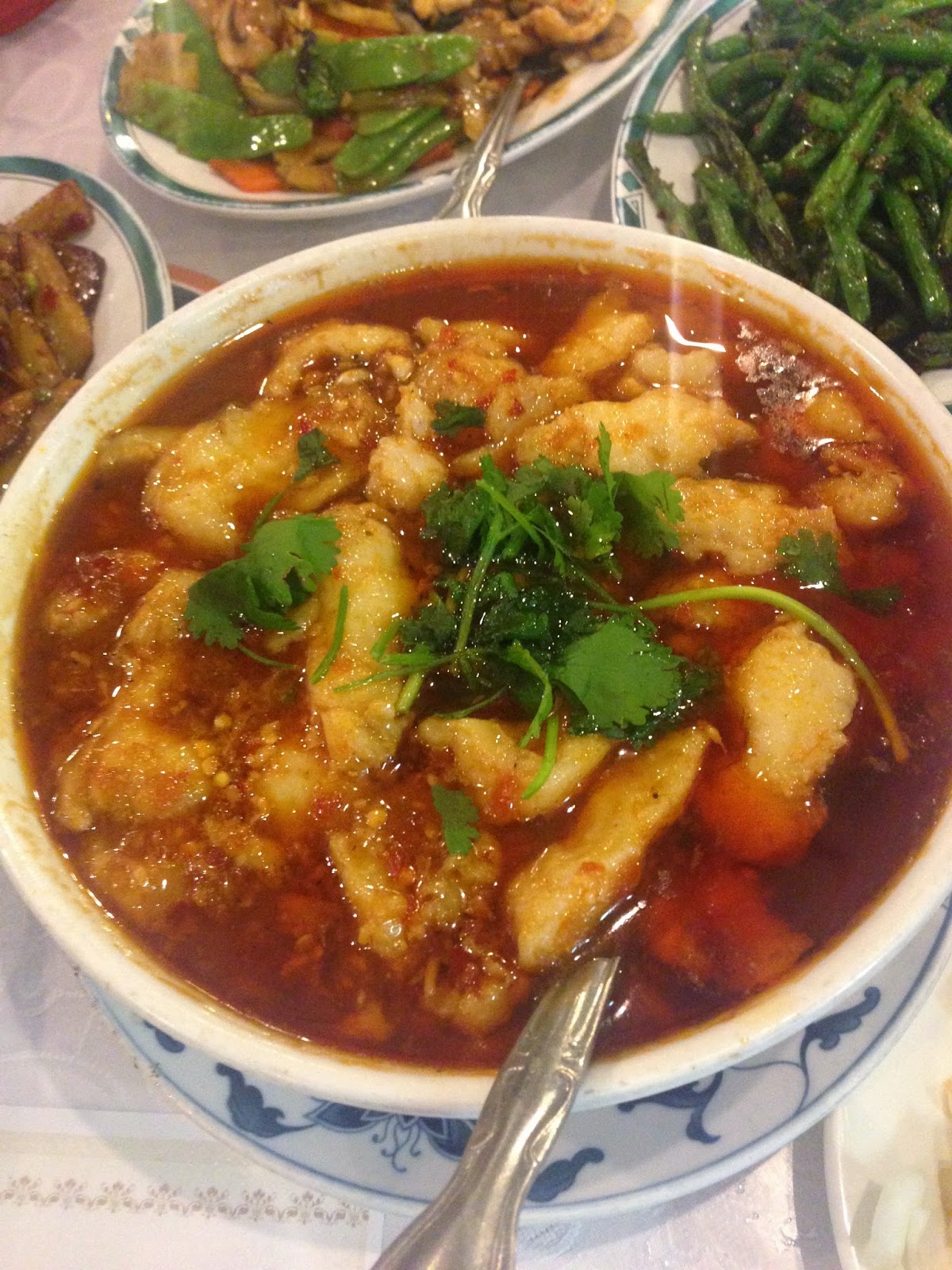 Fresh Bamboo Shoots - this is something you should ask for (I don't think it's on the menu) - fresh bamboo has quite a different flavor from the canned stuff - it's quite aromatic and unlike what you would think. This is a huge plate of deliciousness that you don't commonly find elsewhere. 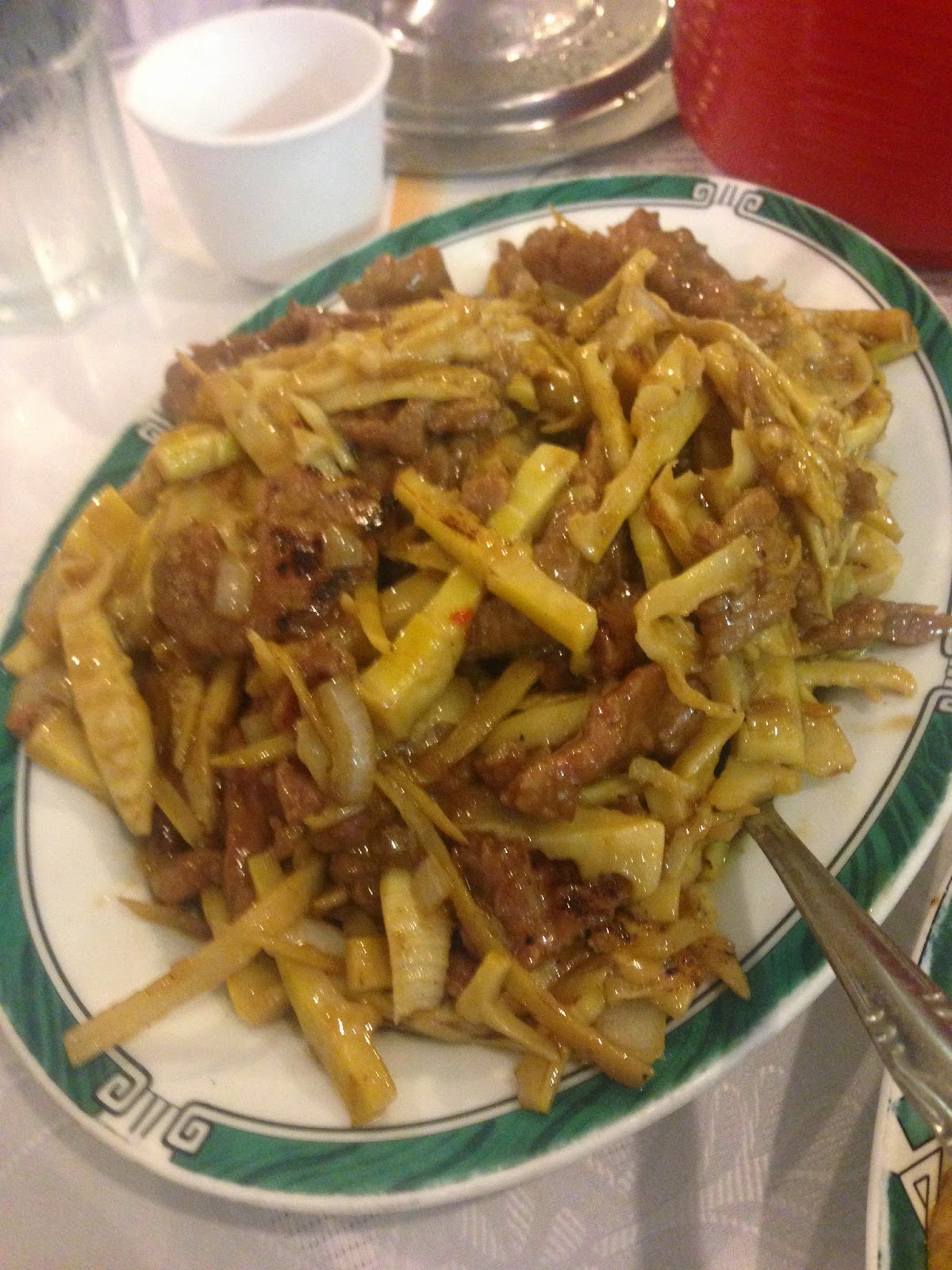 Another of my favorites that we didn't try, is the General Tso's Chicken - breaded bits of fried chicken in a spicy sauce, served with steamed broccoli - I like to suggest this one to my friends - they all have really loved it!

I also recommend the hot-and-sour soup (you get a choice of that or the egg-drop) - you're also generally served a plate of lightly pickled veggies (jicama with peppers, sweetened or spicy bean sprouts) - these are banchan style so they certainly appeal to my Korean palate. During lunch you also get a veggie egg-roll. 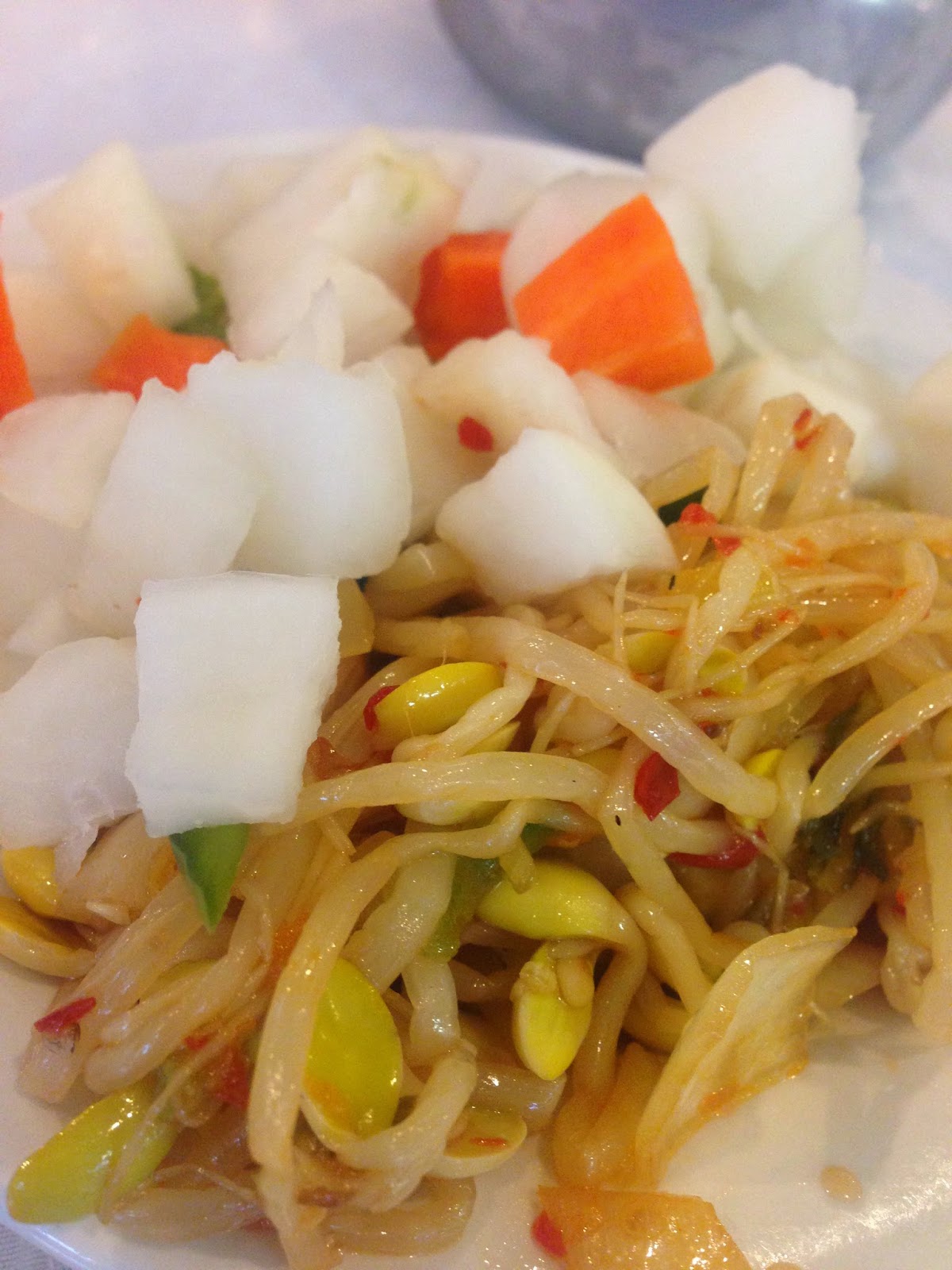 For pricing, the dinner menu is more expensive than the lunch - all of this food should be eaten in a large group (at least 4 dishes), family style. 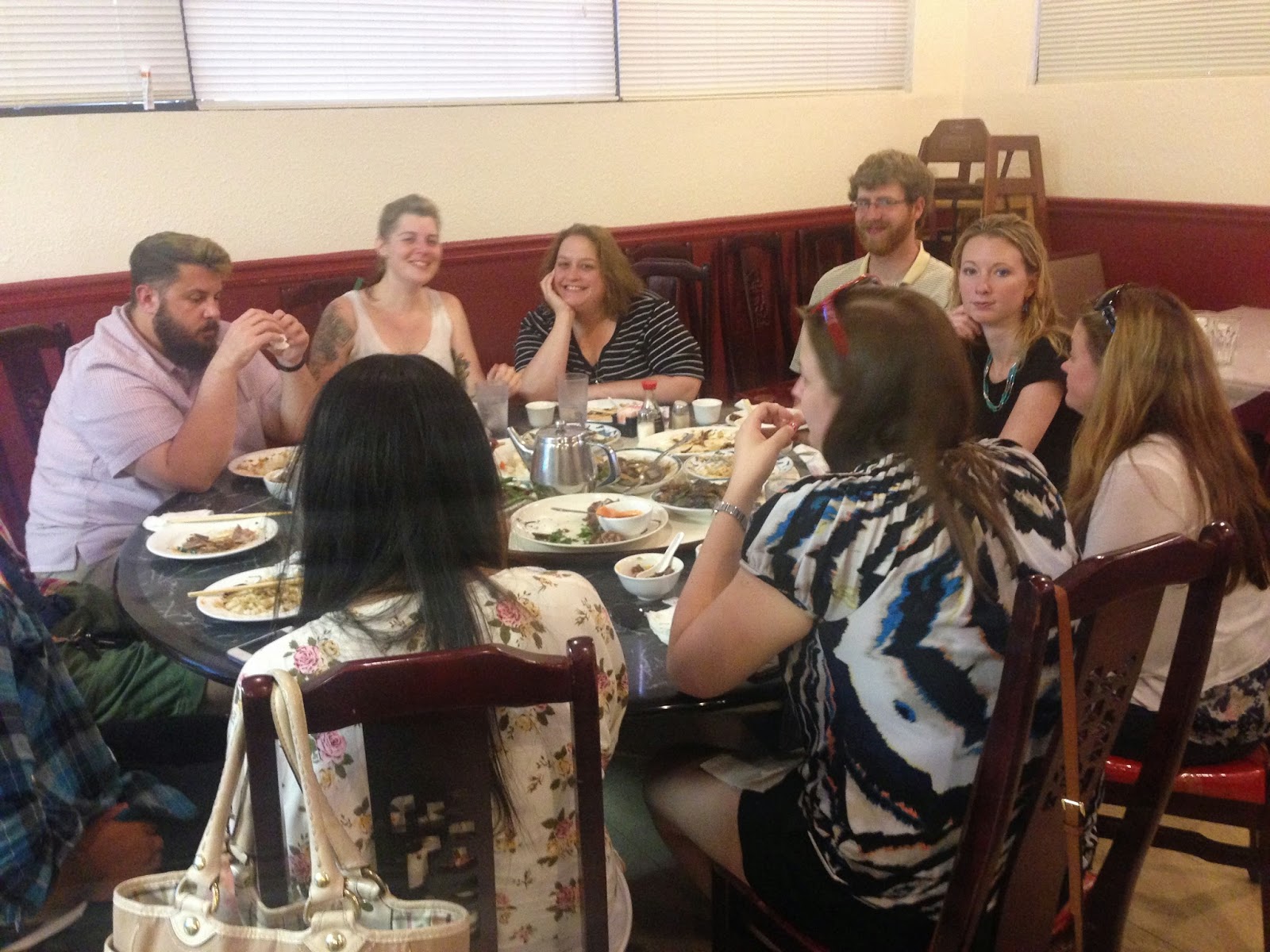 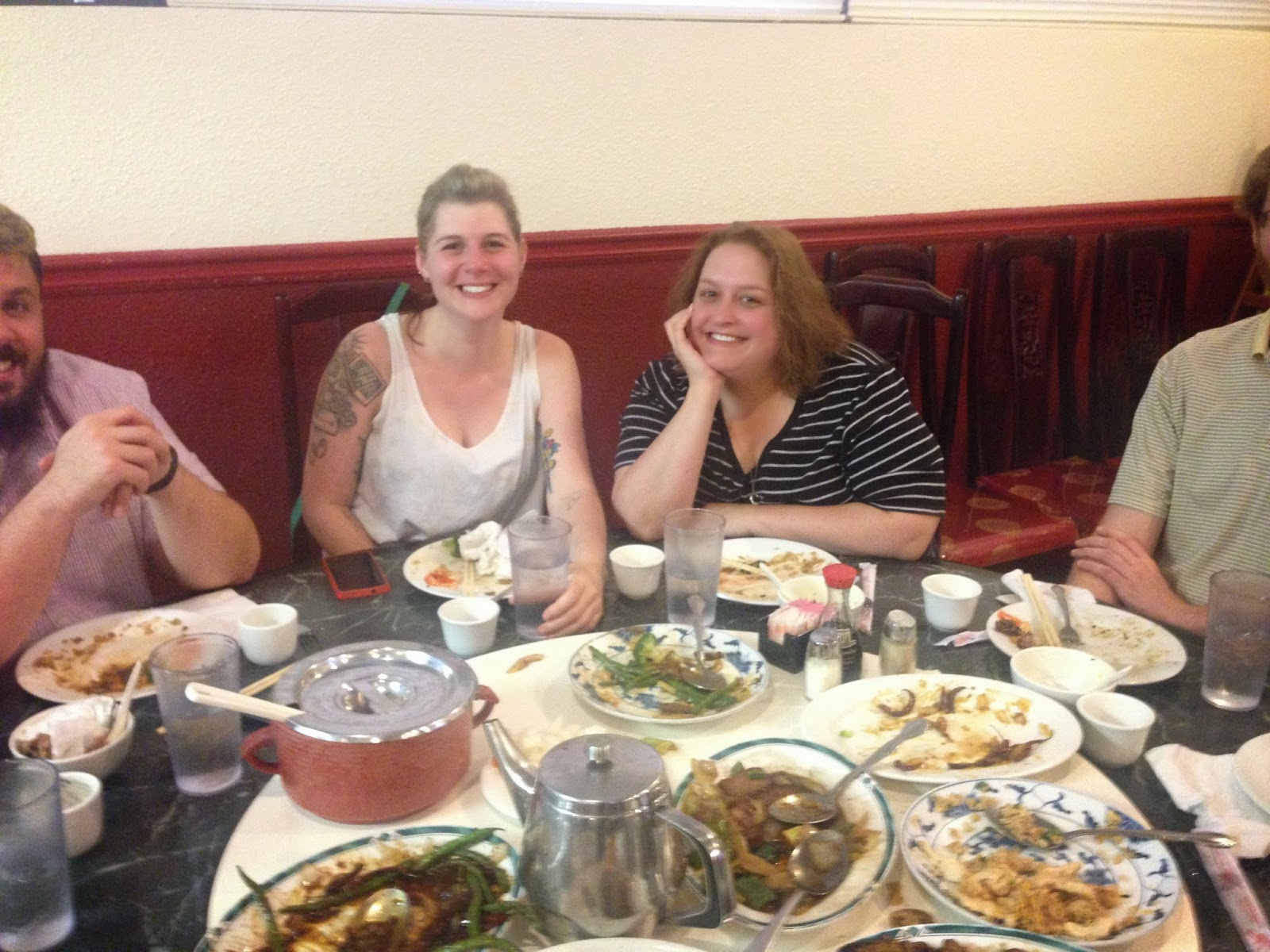 In any case, I hope you will give Little Szechuan a try - it's a bit nostalgic for me at this point, but oh-so-good!