(also posted to Yelp)
This is my first visit to La Botana, a local Tex-Mex business I've seen for many years, that can be found along the Chamblee-Dunwoody/N Peachtree Rd/N Shallowford Rd access road (Savoy Rd on the South side of I285) at the intersection of Savoy and N Shallowford. This place always seems to be busy - I would say it's a favorite among locals looking for the typical Americanized Mexican food that acted as an introduction into a whole country's cuisine. I have a nickname for this type of Mex food - I call it "schwag Mexican" - not because it's either good or bad, but rather due to its rather limited flavors and "safe" heat levels which only hint at authentic Mexican food. If you're looking for the real thing, then drive on to Buford Hwy and sample any of the limitless number of restaurants along that corridor, especially those where you see Latinos lining up at the door. If you're looking for a bit of nostalgic Tex-Mex cooking accompanied by a cerveza or three (or a salt crusted margarita!), the La Botana  will certainly fit the bill.


The building sits in a fairly well traveled corner with an entrance from either road - there's plenty of parking so don't let that throw you off. I think it was originally a gas station (like a Magic Market or 7-Eleven) so there's parking all around.


The menu features all the schwag Mexican you could want with all the usual suspects and various combinations of tacos, enchiladas, burritos etc served with mushy-beans and red rice. I don't think you'll find anything "special" here but you'll see many familiar items. It's always amazed me that so many of the schwag-Mex restaurants in this town have the same Combination Dinners - when I'm inclined my favorite is the Burrito, Enchelada and Taco (I get them "con pollo") - and I've found that in Atlanta this is usually either the #11 or the #21 if the combo menu is larger. In this case it's the number 11 - it's like all the restaurants have copied the same menu going back through the years - I wonder what two restaurants started it all? It would be an interesting study to see how far back it can be traced (yeah I know, the geek in me just keeps coming out). La Botana also has the ubiquitous lunch menu on the back.


I always try to call-out the salsa in these places - I rather liked this incarnation. A bit more spice that the bland red stuff that's most commonly served, this salsa also had a bit more cilantro present. I didn't try the alcohol since I was headed back to work (this was a late lunch - I had errands to run then hit it with my dining companion about 2:00 PM - the place only had a couple of tables and the servers were obviously bored). The interior still had the remnants of Cinco de Mayo decorationsSpeaking of service, I thought the servers were good in general if a bit slow (but that was probably due to the time of day). Once the food was ordered the food came out within just a few minutes.

I ordered my usual lunch portion chicken fajitas and my dining companion the poblano con pollo (the pre-baked stuff poblano had chicken poured over it). The food was blistering hot and in general good if a bit bland, but it met my expectations.


In general La Botana was good if not great. I think it's a great location for meeting friends, particularly after work or to get a quick bite when the traffic along I285 is so bad it's not worth sitting in it.  I did like that there were a couple of local brews available on the menu - that's always a good sign - on this day they had Sweetwater 420 and Terrapin's Hopsecutioner along with a rather extensive list of Mexican beers. Blue Moon was also available as a draft and there was a call-out for Fat Tire. The next time I'm going for the margaritas - love me some tequila! 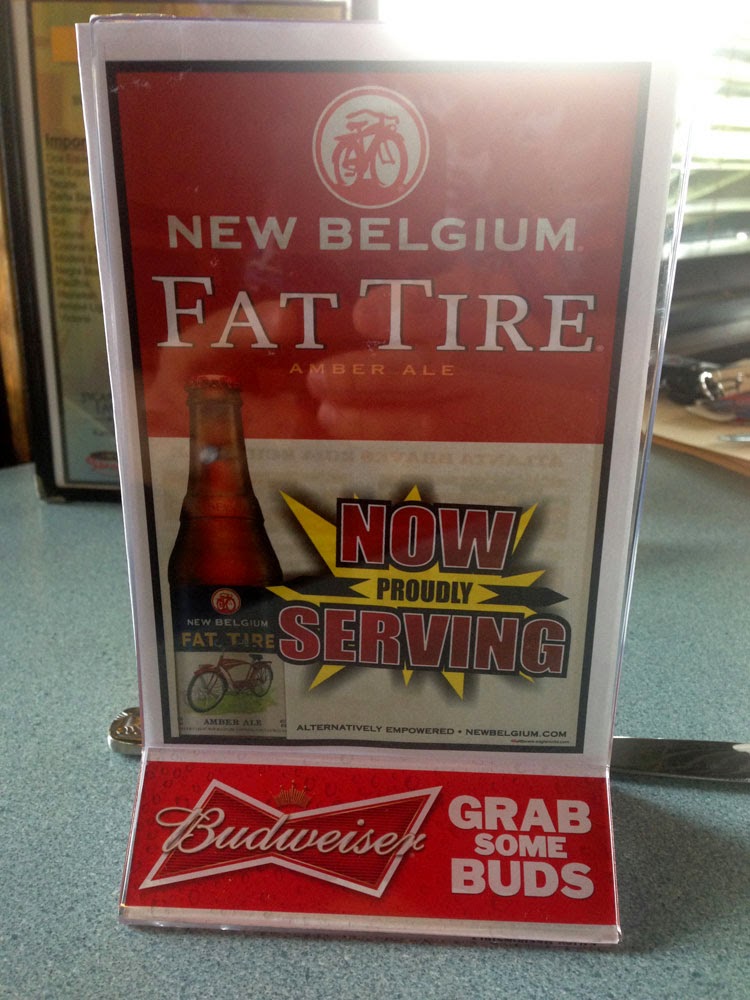