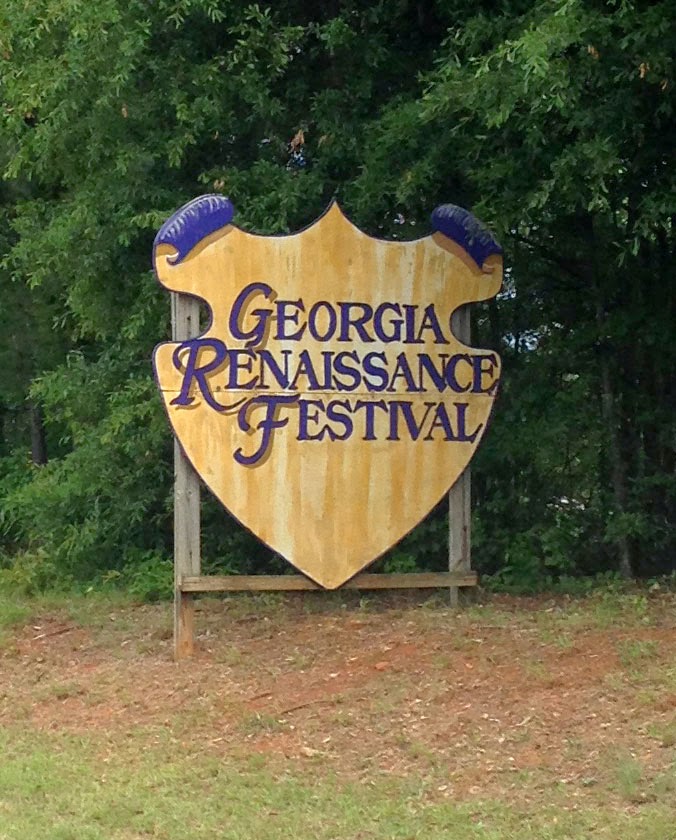 (review in a much shorter form also posted on Yelp)
It's been over 20 years since I've visited the Georgia Renaissance Festival - I had actually forgotten how much fun this long-lasting venue is to visit. For those of you who don't know, the Renaissance Festival (also Renaissance Faire and collectively called "RenFest" or "RenFaire") is typically a temporary or in this case permanent exhibit of Renaissance period life, with participants in costume and the accompanying food, drink and good times. Some of these festivals are rather restrictive prohibiting the use of any modern convenience (I think that all of those are gone now) - this one in Fairburn Georgia is a bit looser on the letter-of-the-law, so to speak, allowing even fantasy themes (I saw some fairies prancing around) along with those post-Medieval period examples of armored lords and dowdy peasants. Here's you'll meet the likes of those Game of Thrones characters you've learned to love and despise, along with some historic figures, like Leonardo Di Vinci discussing Vitruvian Man. I love the feeling of permanence that the Georgia faire has - the buildings have been here long enough to feel like they've been there for hundreds of years instead of decades. Also, the staff in general are very good - the venue has had time to work out many of the kinks you typically see in temporary setups. 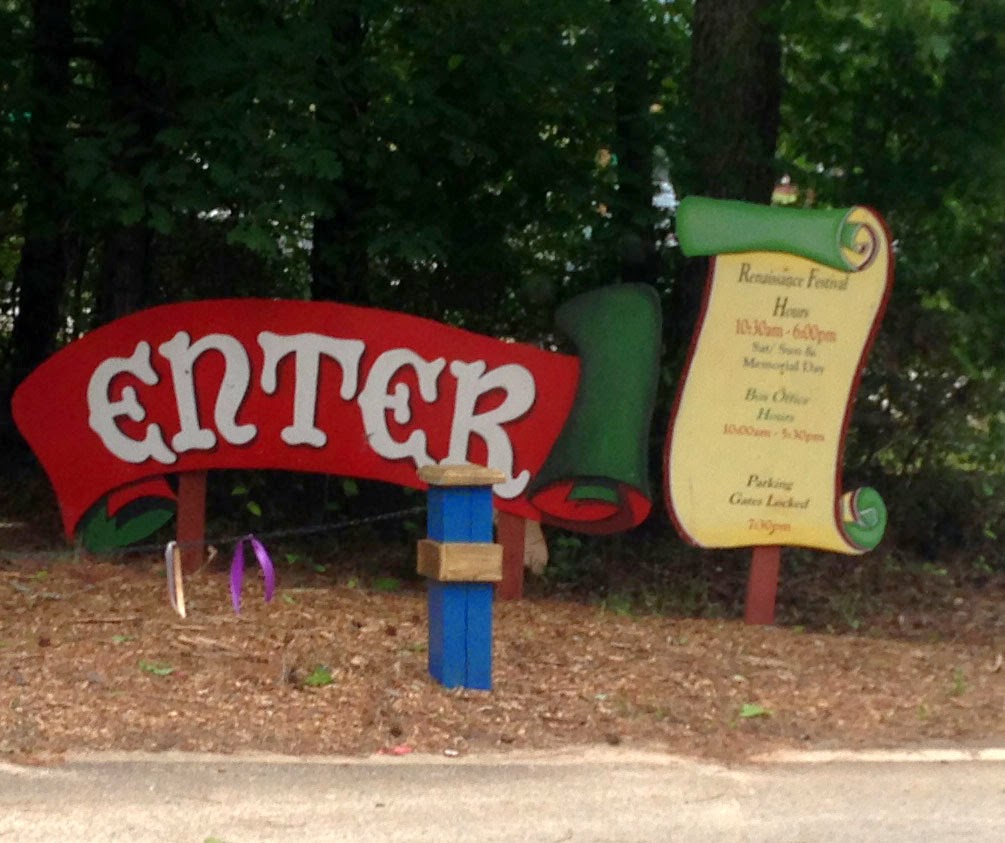 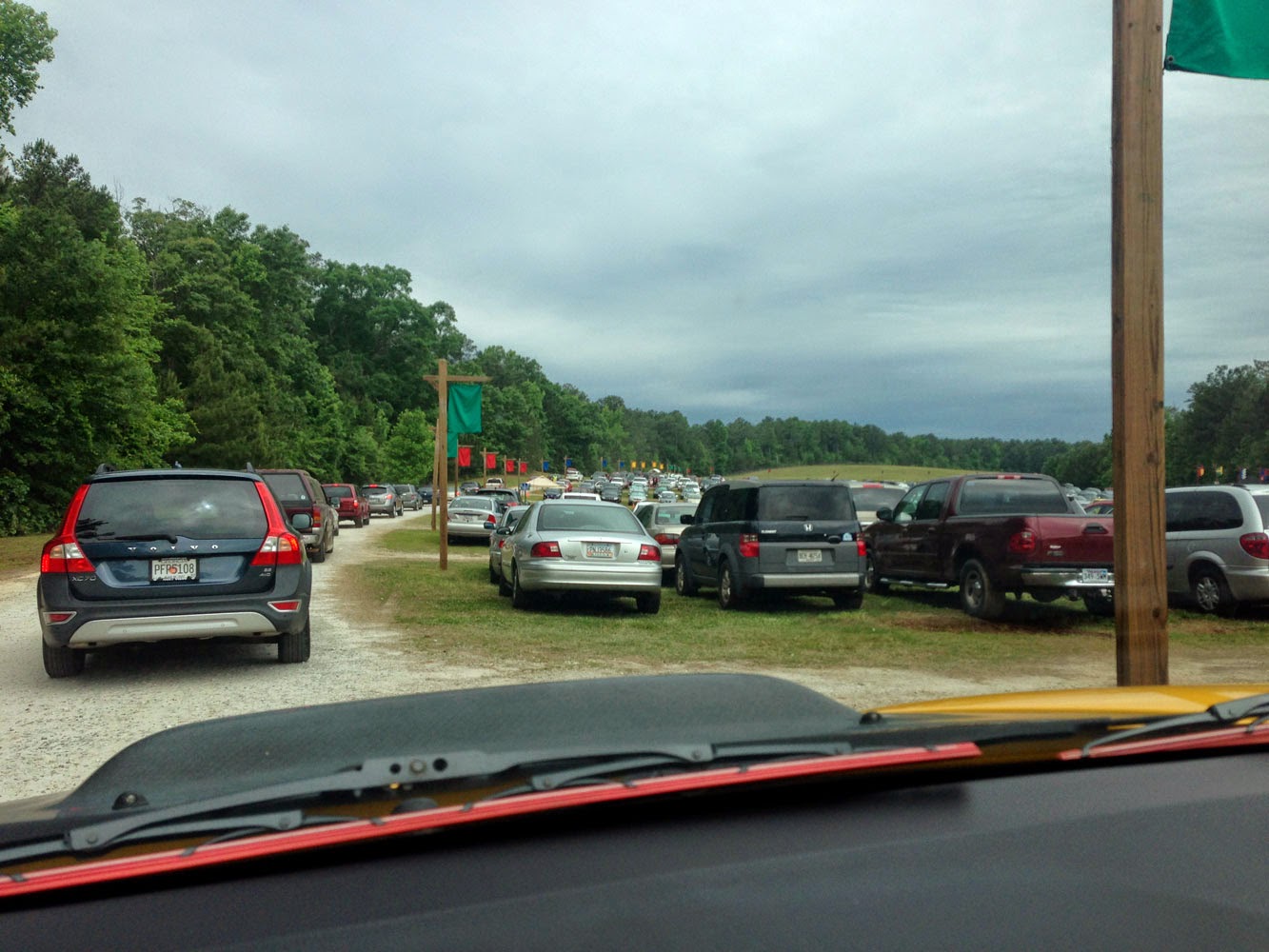 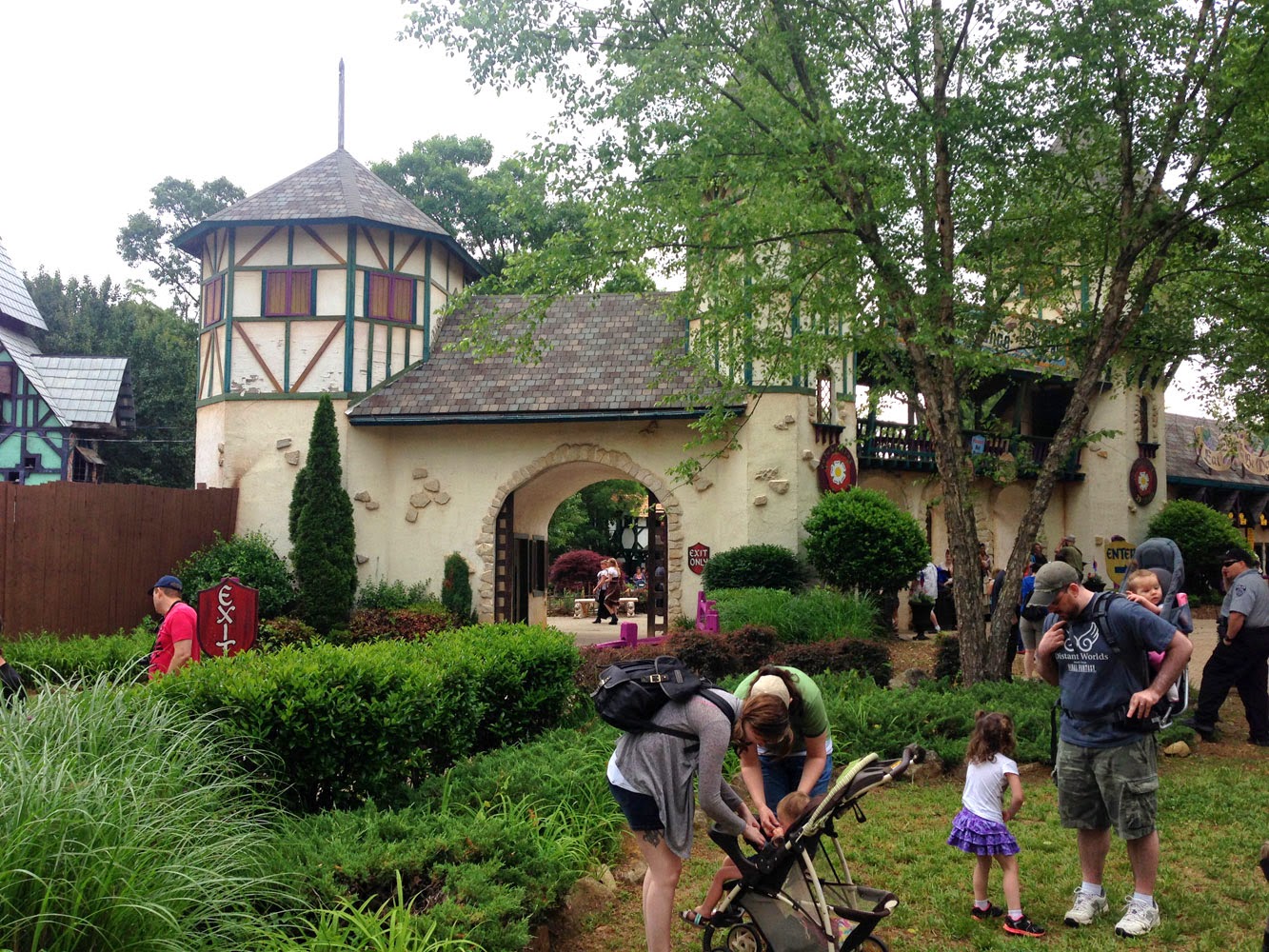 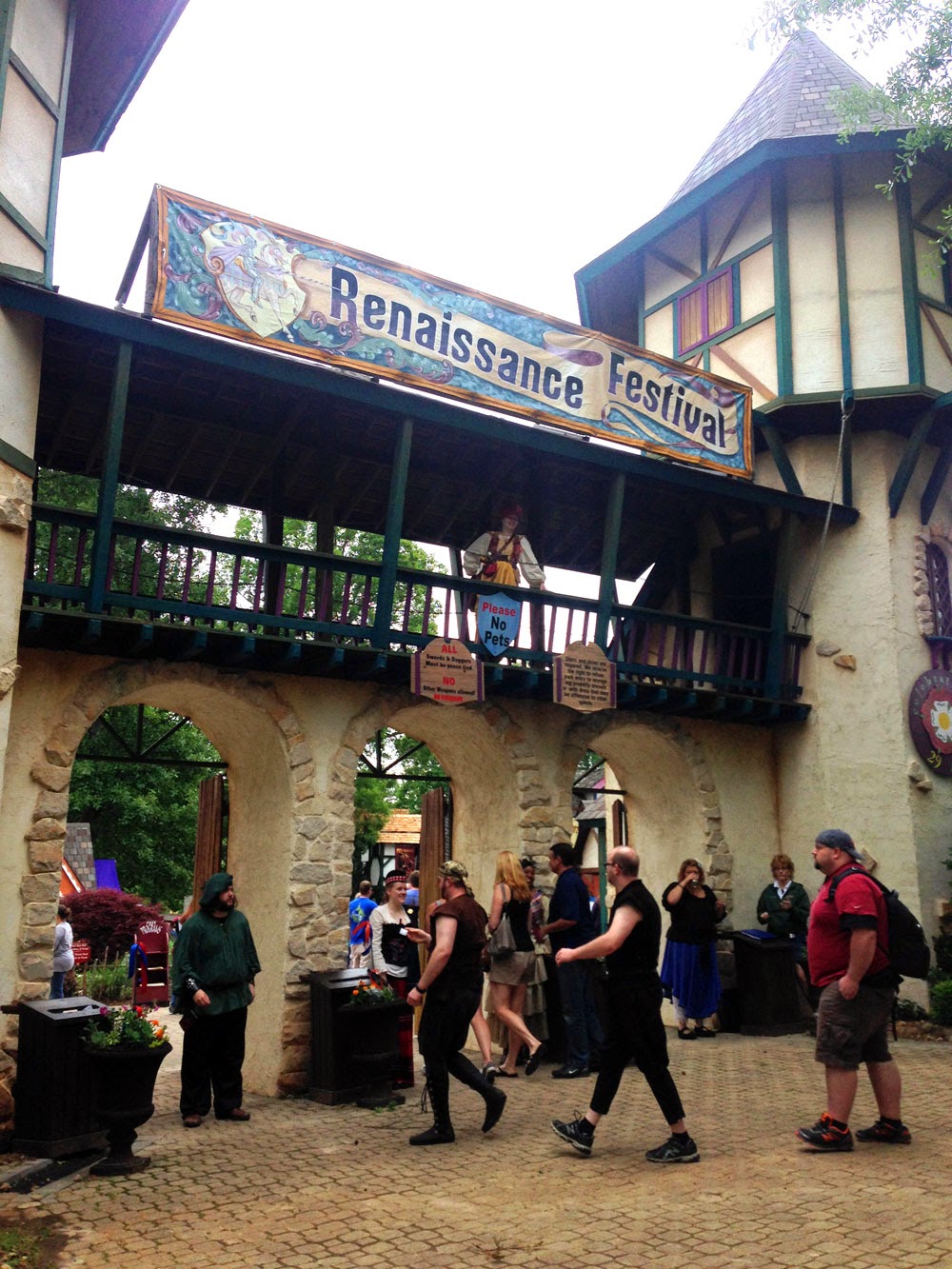 A word of advice - try to arrive at RenFest an hour or so before it opens. The line of cars of parking becomes extensive. The faire does a great job in coordinating what would otherwise be chaos, filling out long lines in an open field. There's plenty of parking and the rows are well-marked so you can find where you've lost your car. Arriving earlier will prevent you from making the "long walk" - after trampling about the faire all day you will be less inclined to carry all your stuff that extra distance. Plan accordingly. 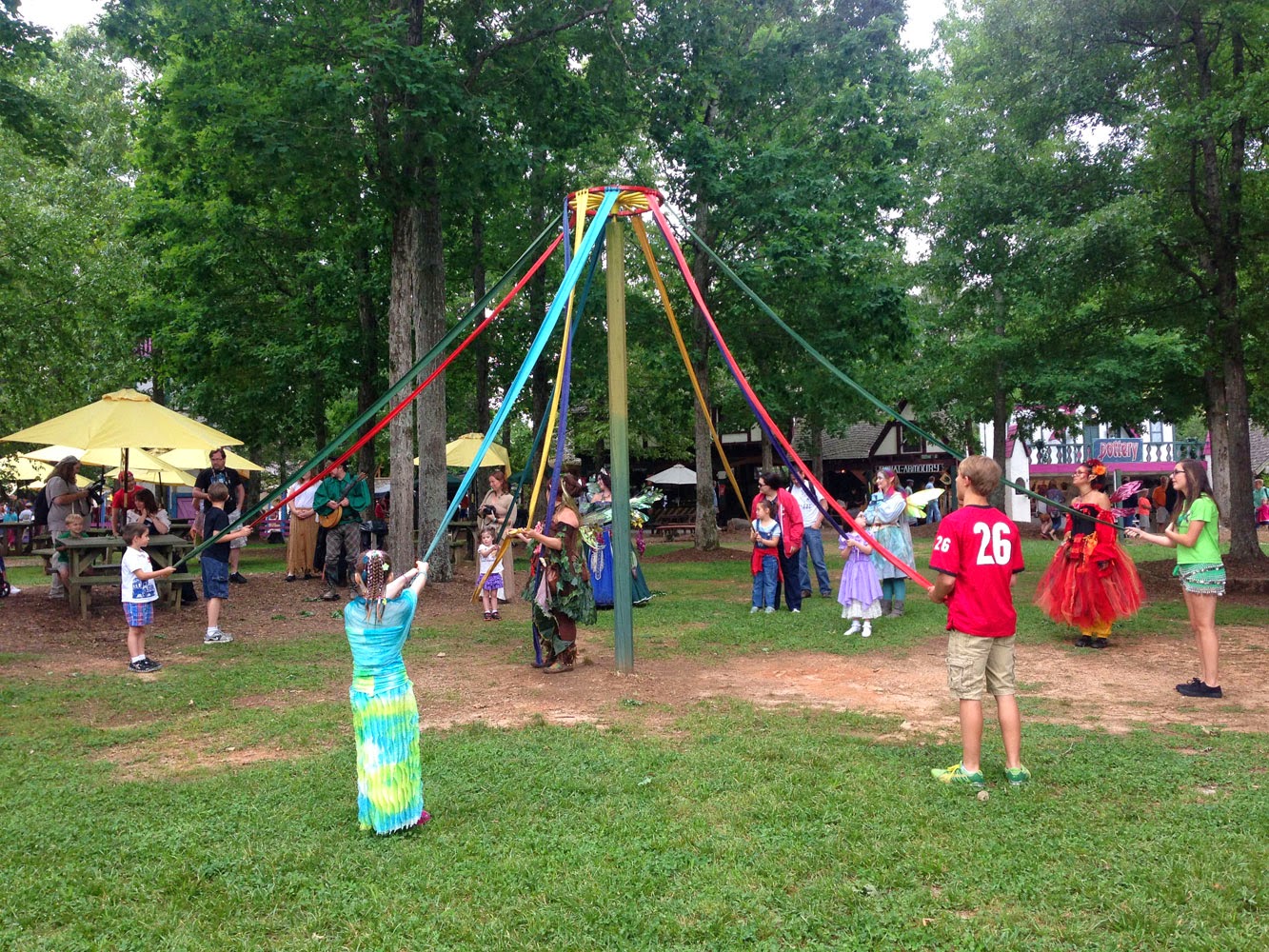 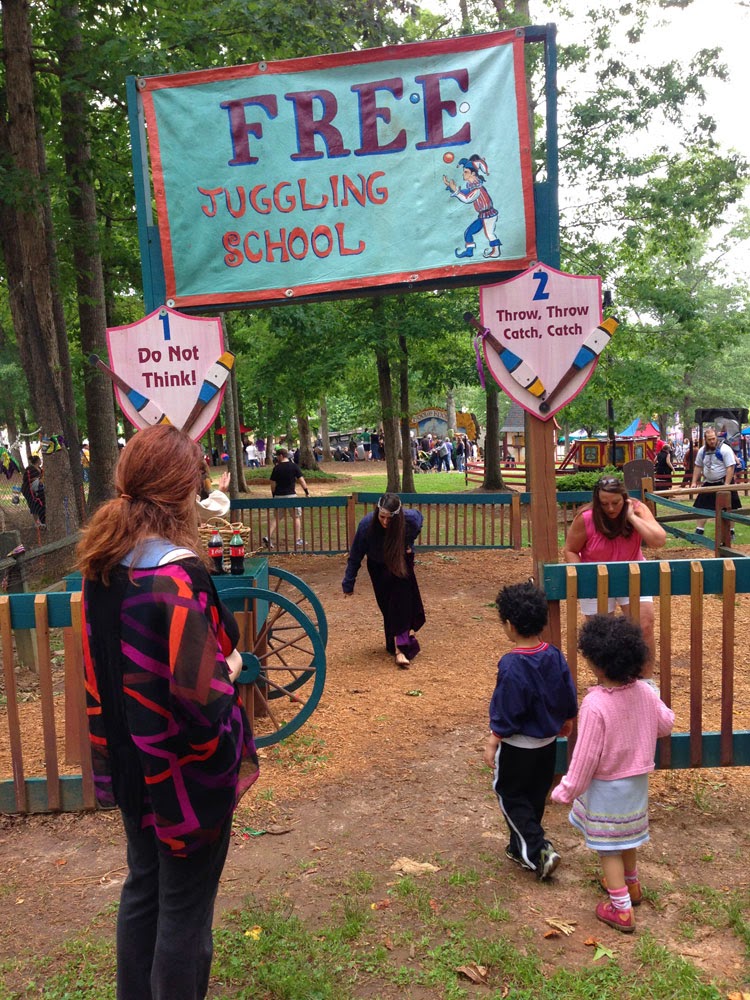 So what to do - well, in my opinion the faire is all about kids. The venue is extremely safe and the issue of child safety is obviously on everyone's mind. The idea here is the experience - I'd recommend leaving all electronic devices at home (or locked in the car), with the exception of cameras. This isn't the place to be texting or playing the DS. Rather this is an interactive experience that allows you to spend quality time with your kids. I arrived as the only childless stand-out with two couples and three kids. I had the best time just watching the reactions on the children's faces as they experience all the weirdness. The venue ranges from mild-and-safe (the petting zoo) to thrilling (the joust and tourney). You basically lead the kids around and let them explore - there are many distractions to keep them busy while you drink your ale and maintain a slight buzz. 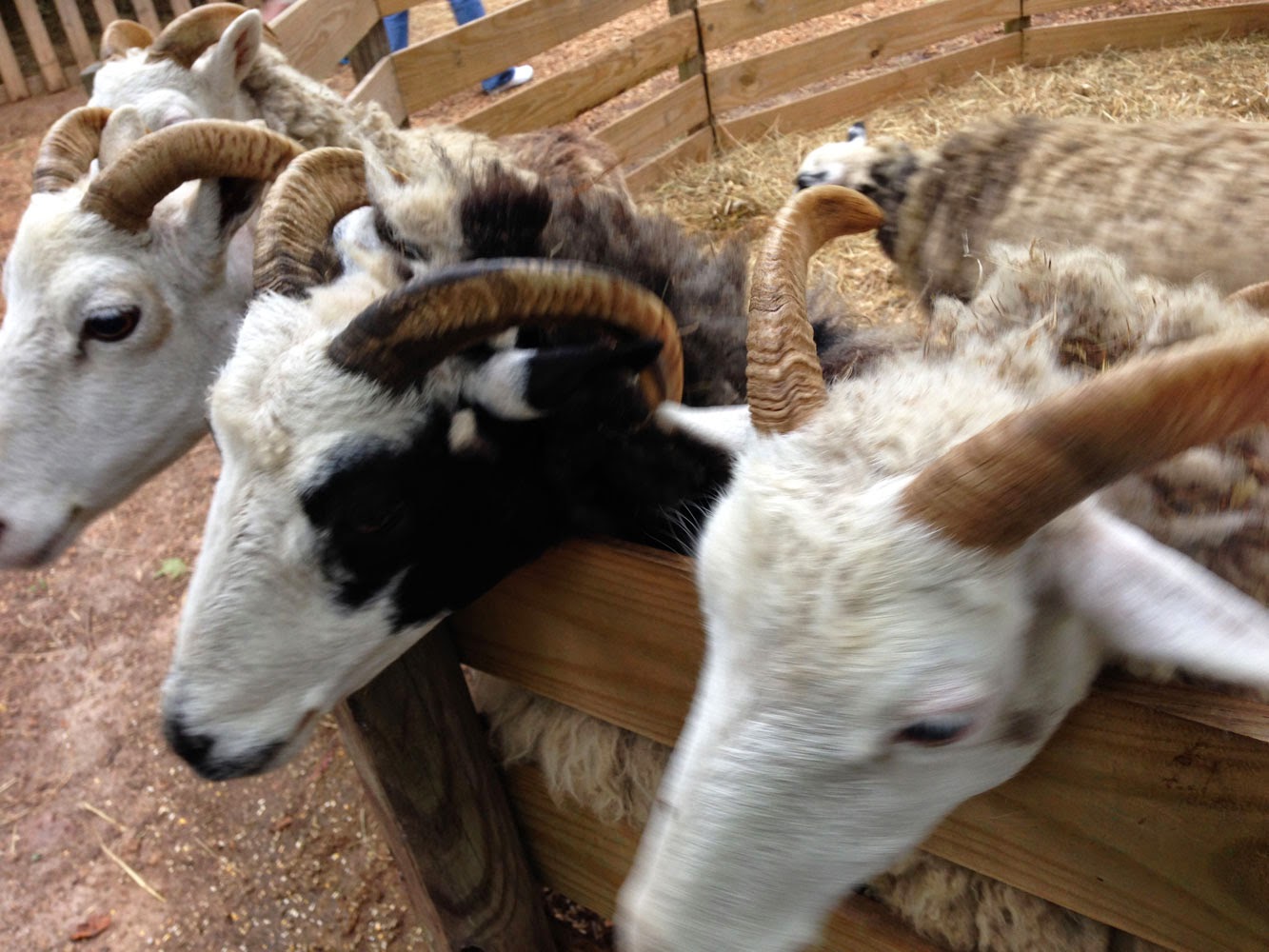 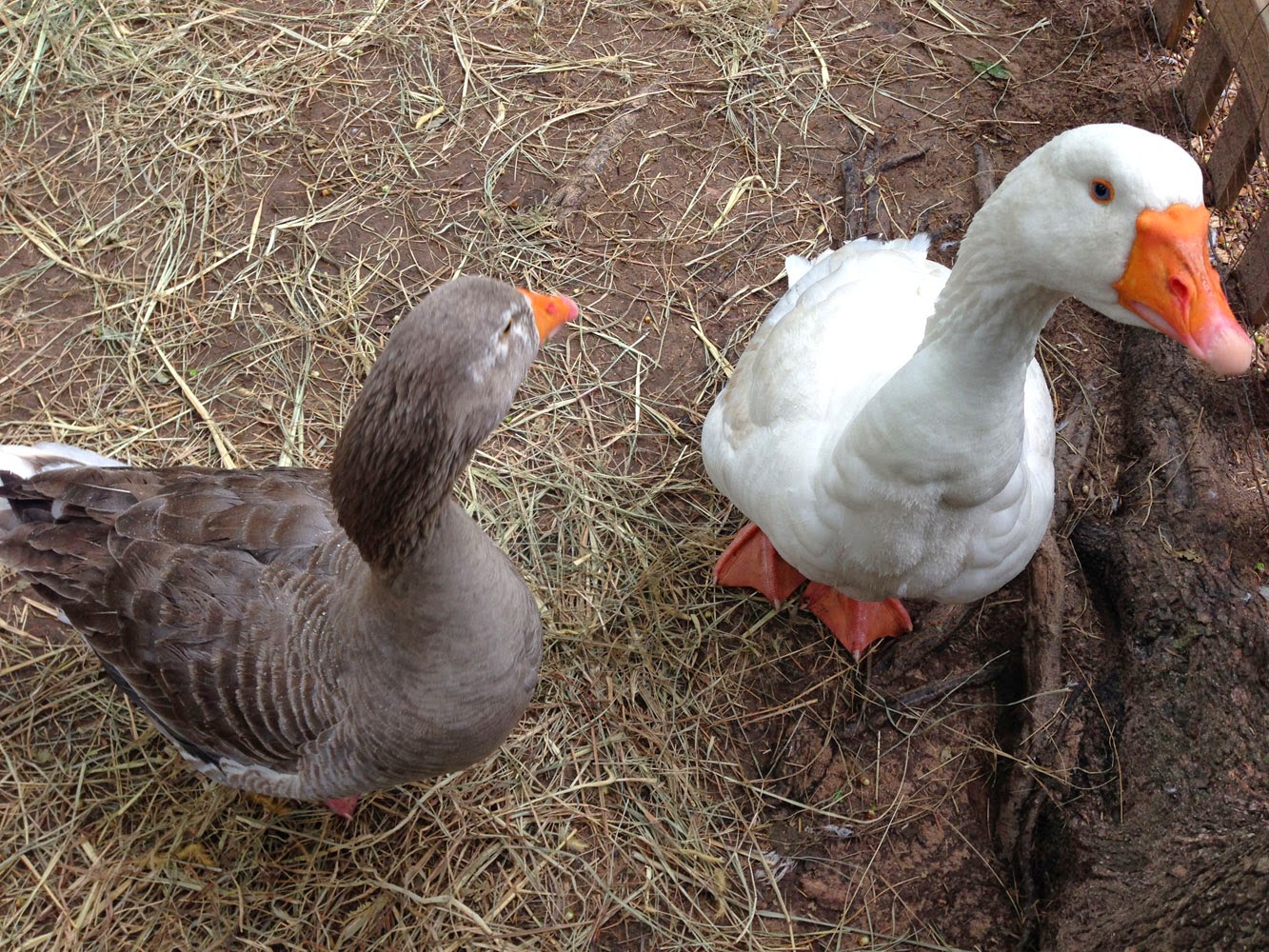 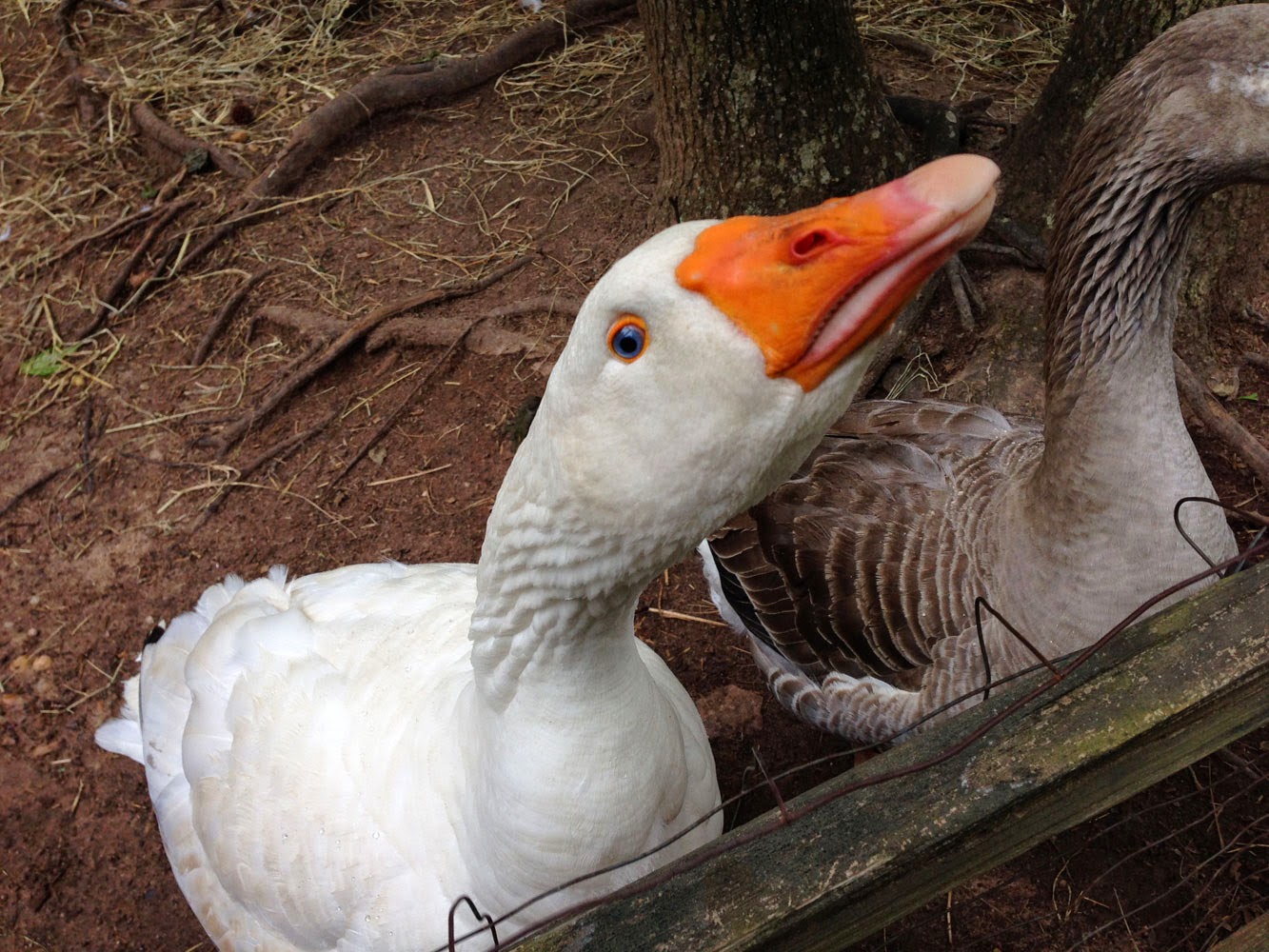 The food options are plentiful, especially in snacks and sweets. There are many "meat-on-a-stick" options but my favorite, hand's down is the smoked turkey leg. These are, in a word, awesome. 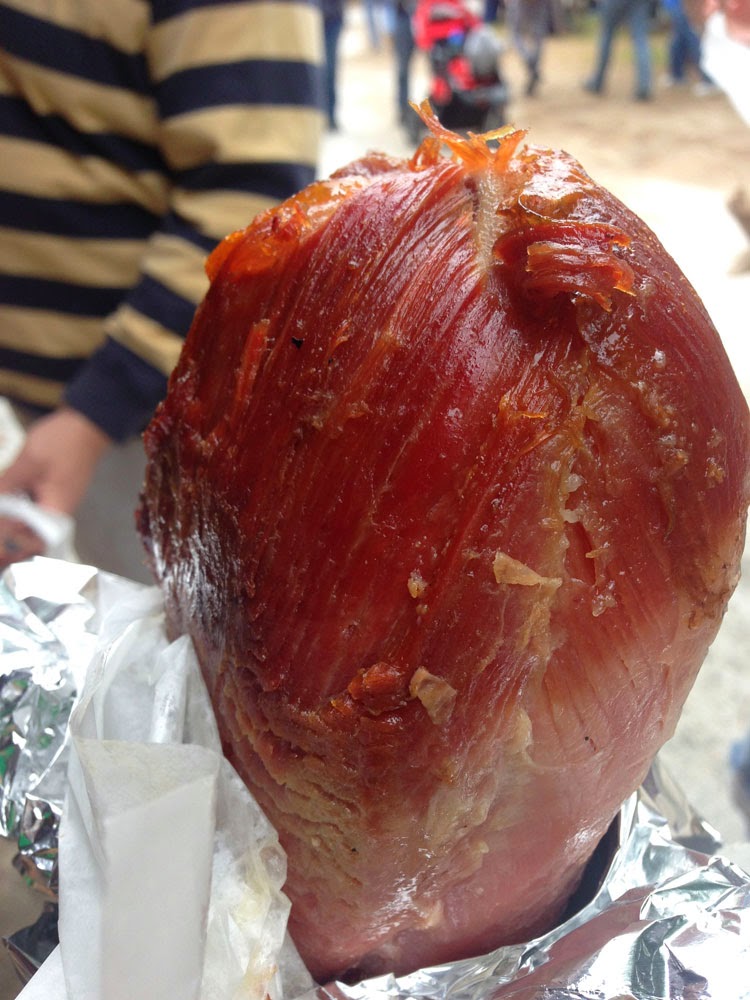 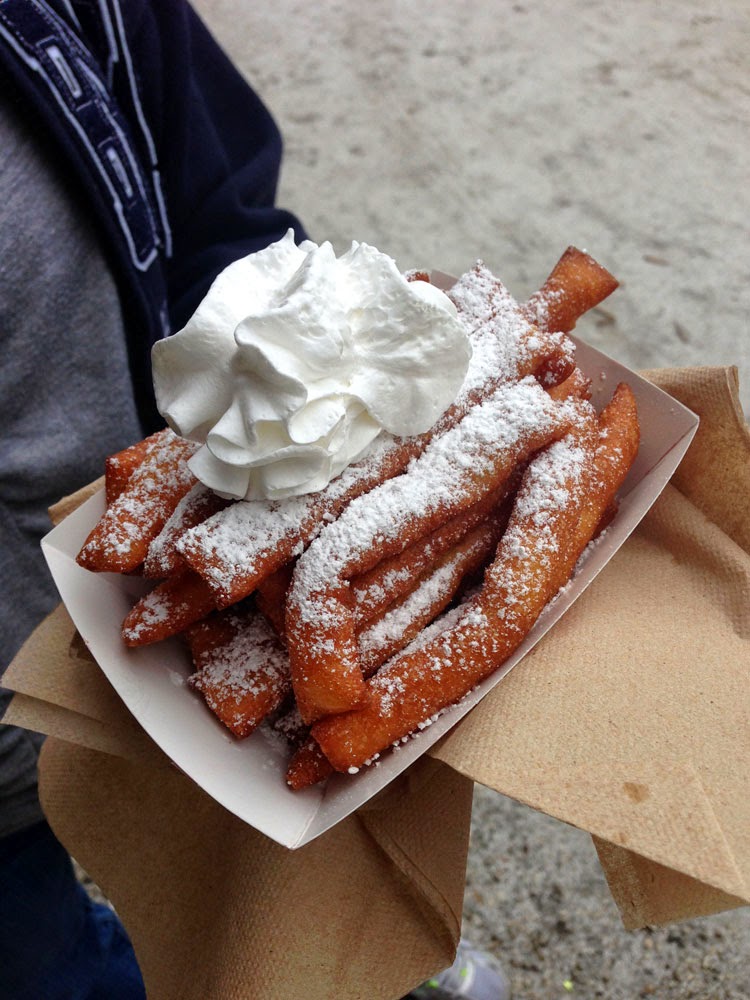 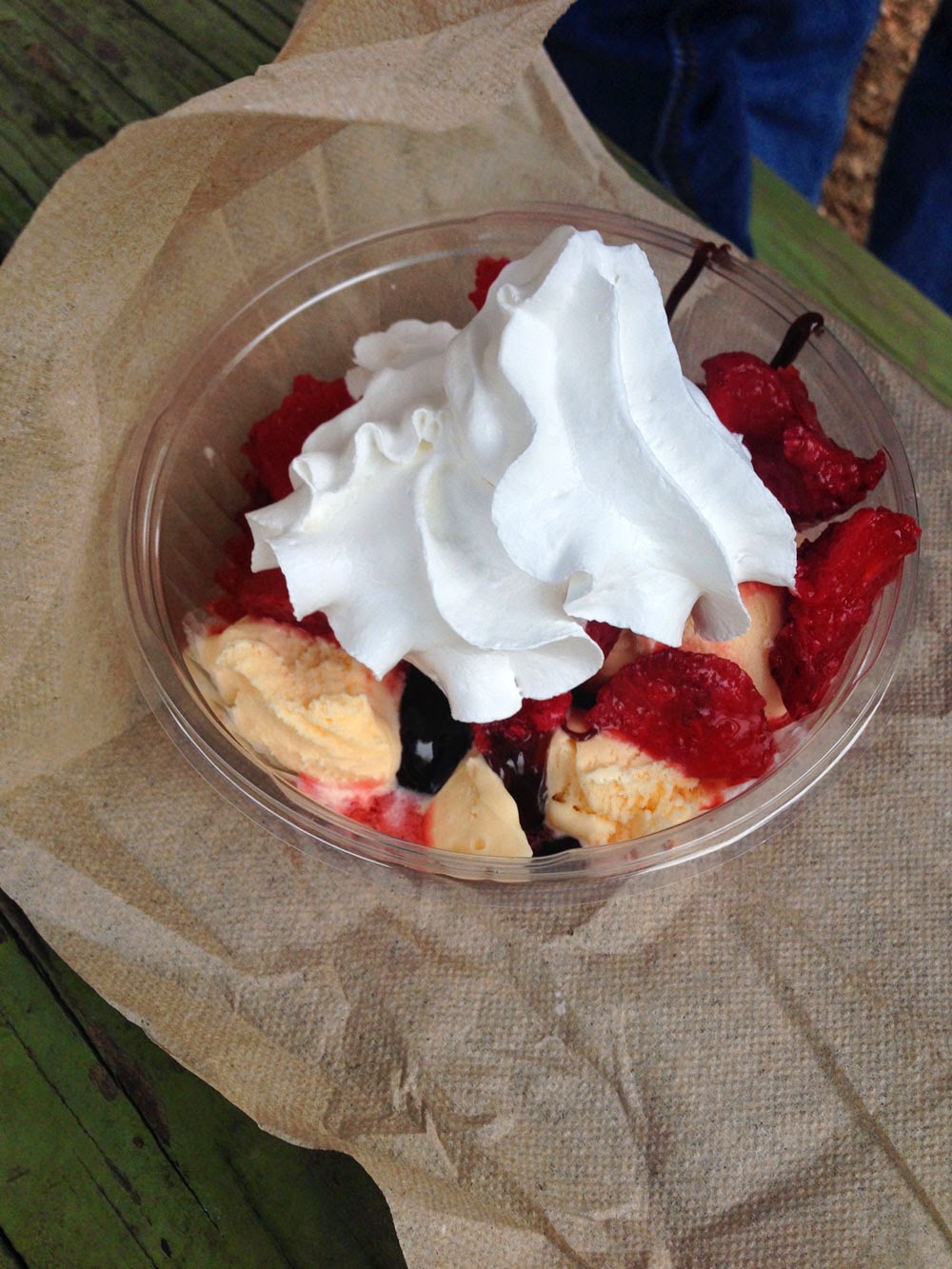 You will want to pick up a map at the entrance and see if there are some things that you'll want to catch. Try to view one of the jousts, those are a hoot and something your kids will enjoy - the drama is part Pro-Wrestling and part "Knights Tale" - very well done. 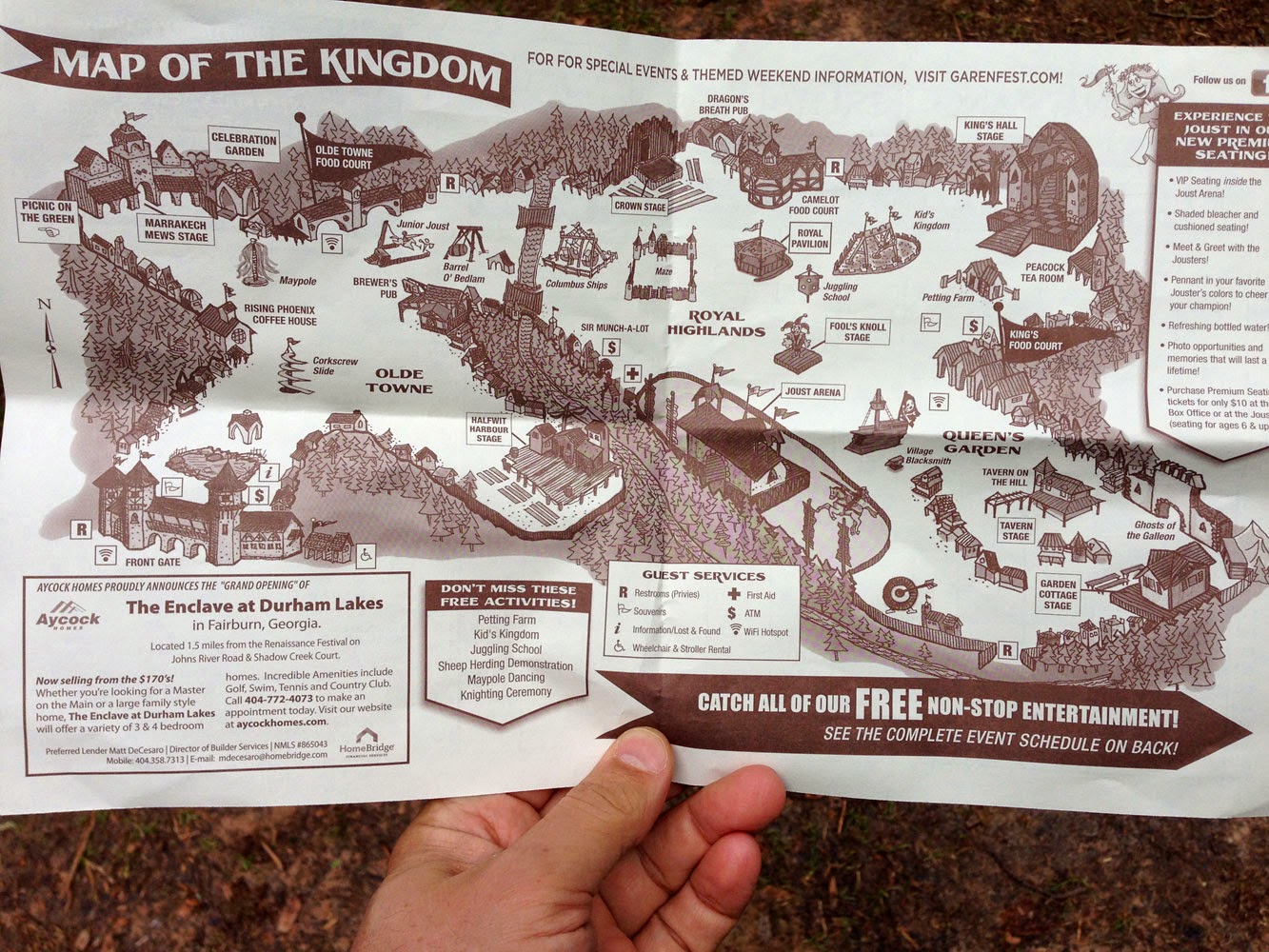 This fishing game was very popular with the kids (even the big kids)... 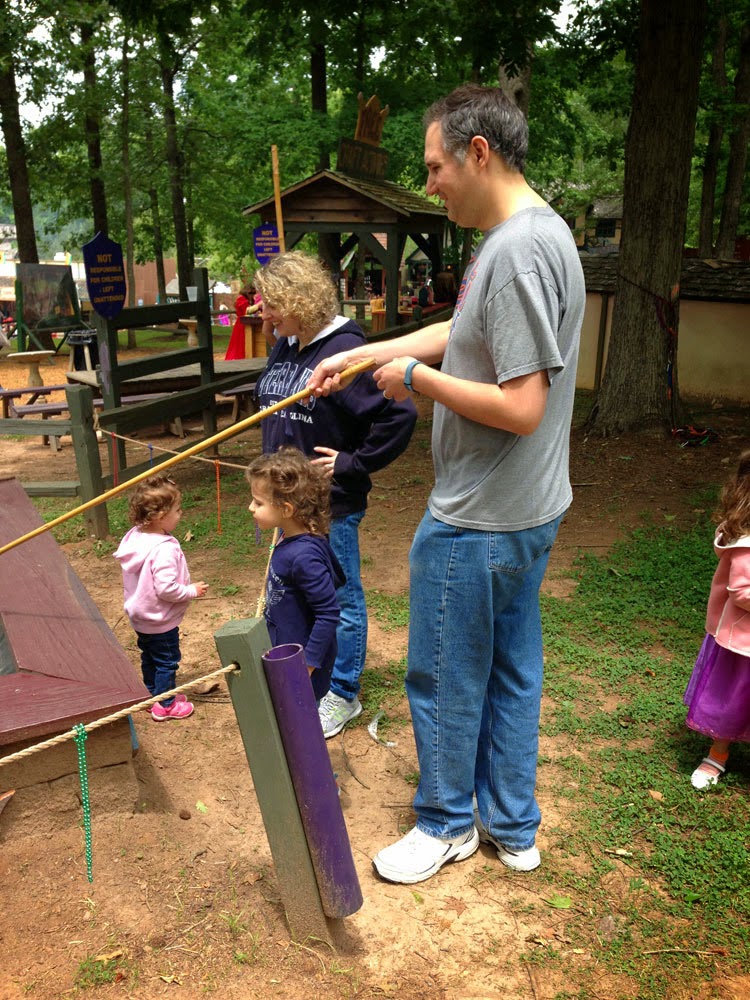 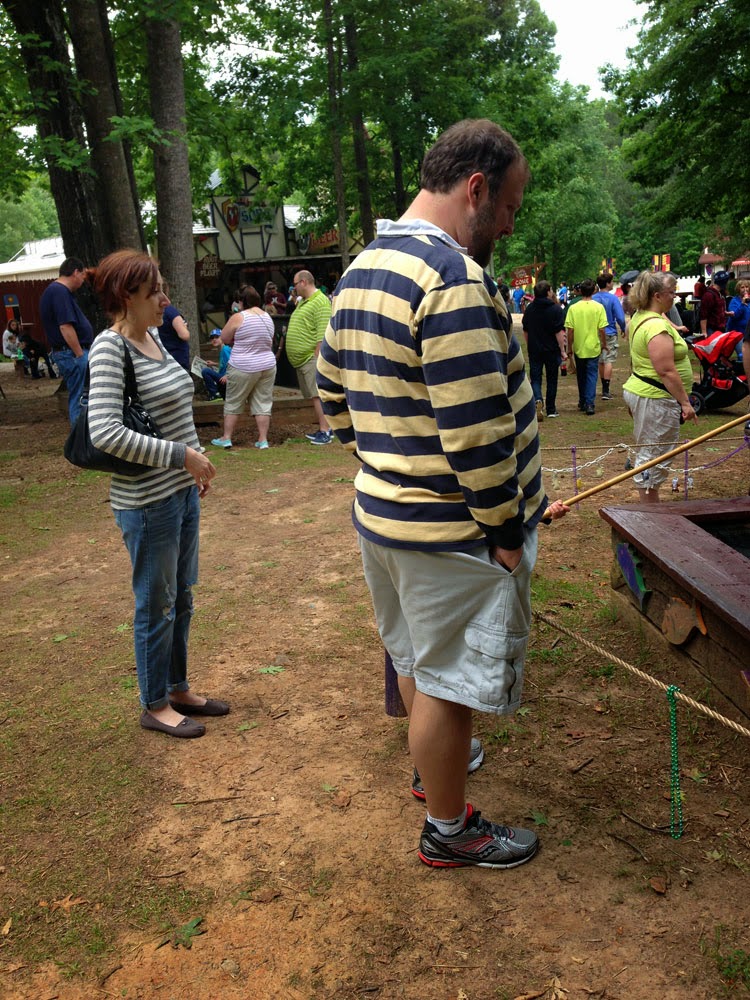 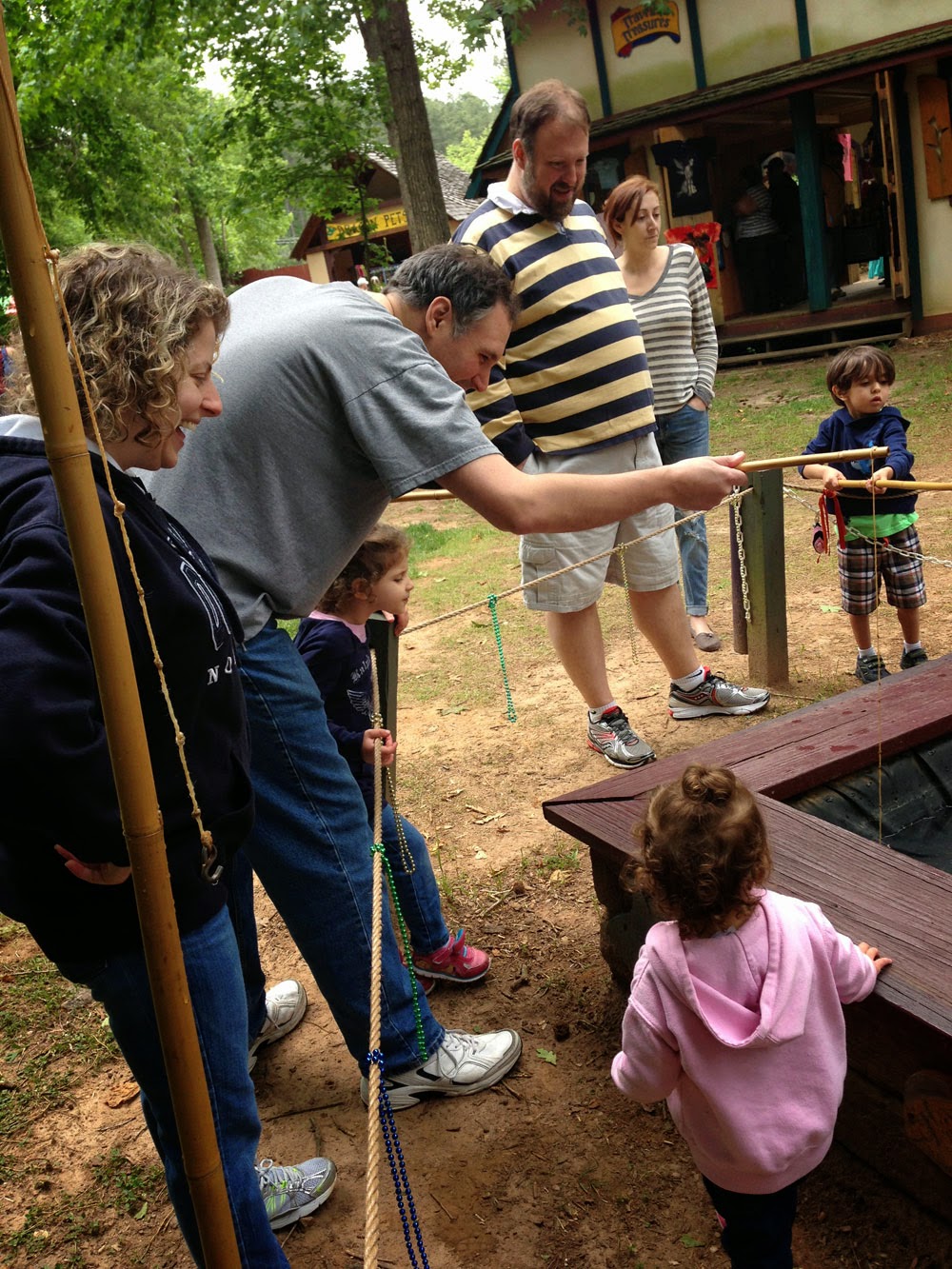 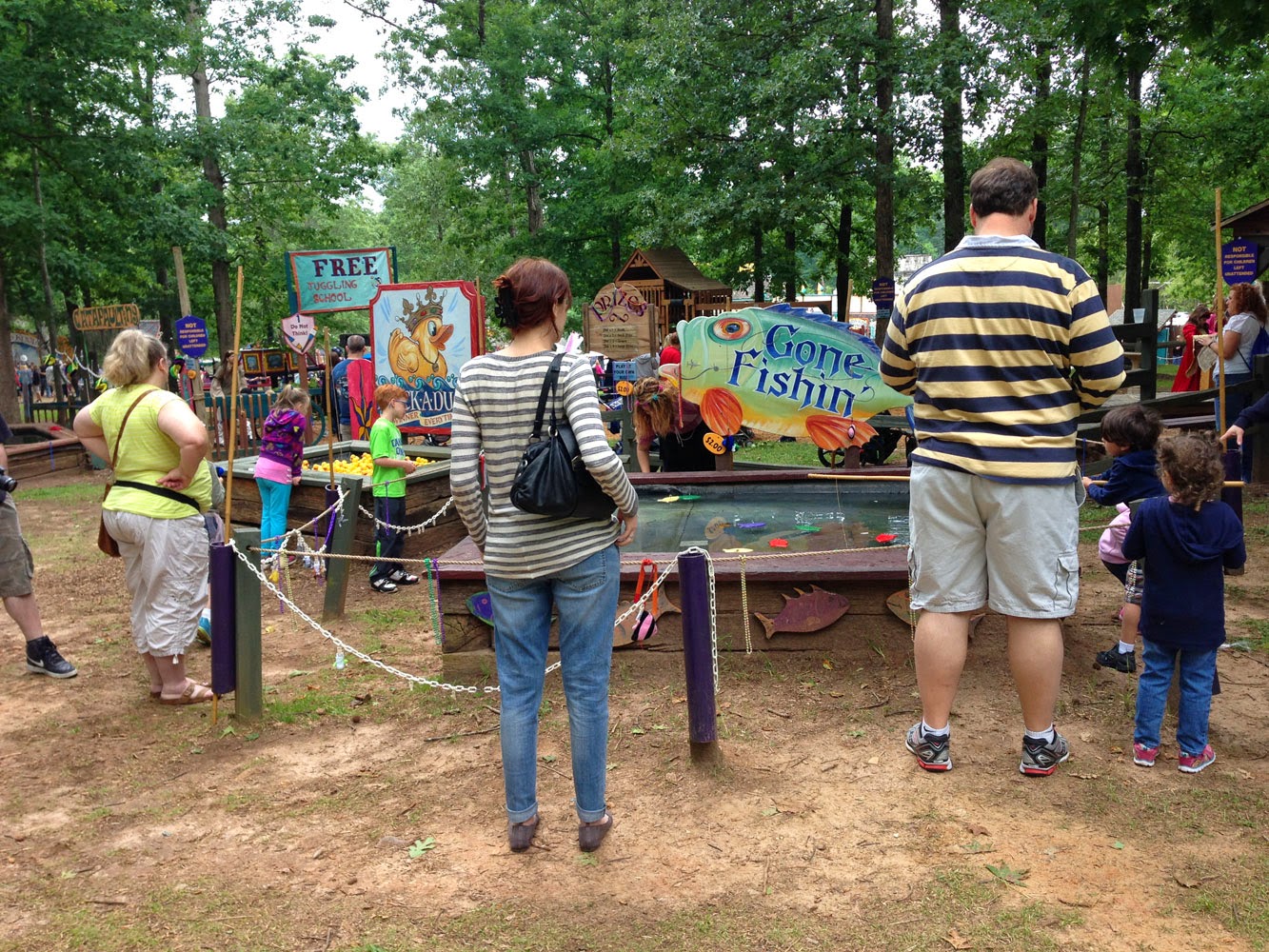 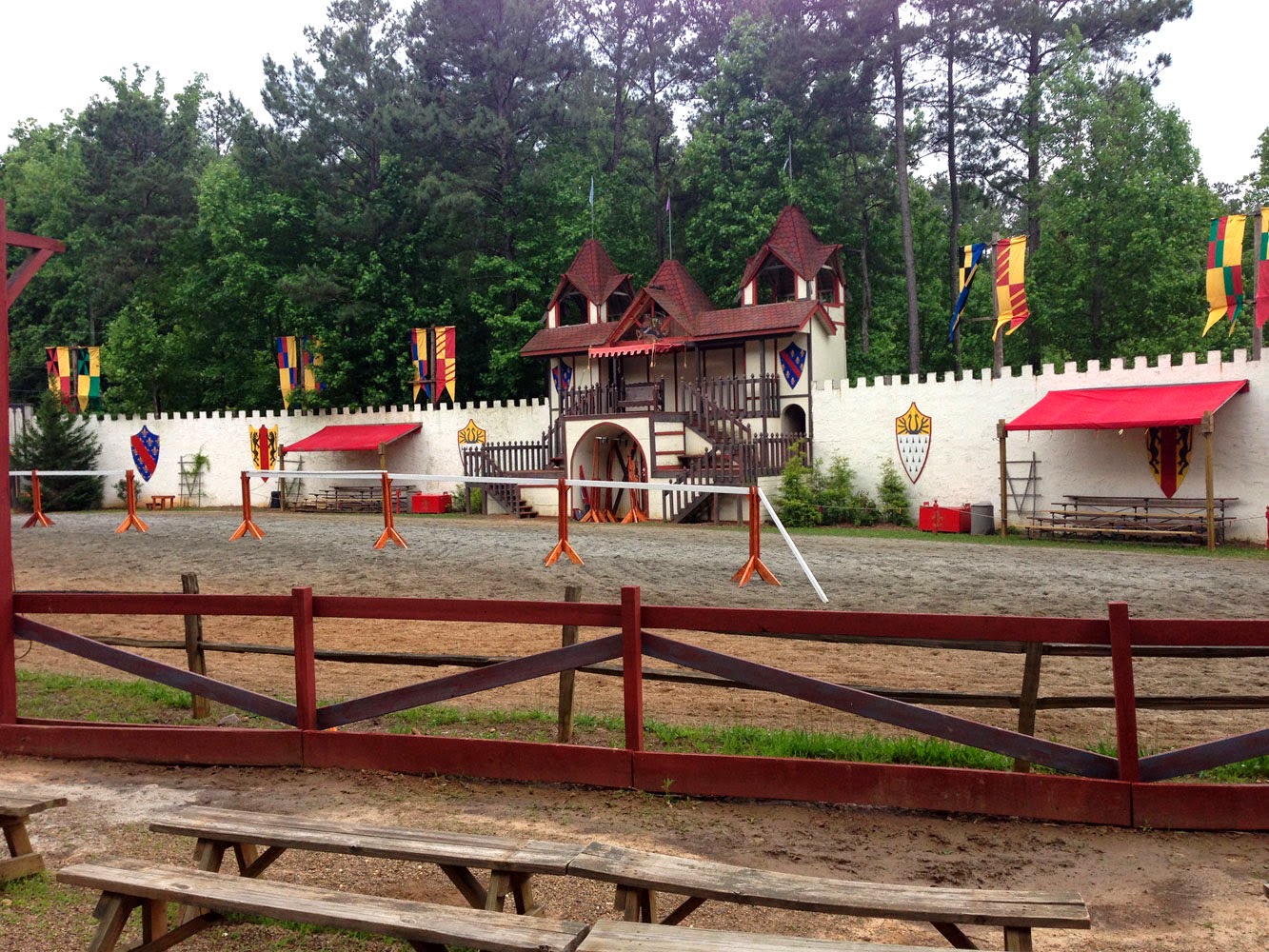 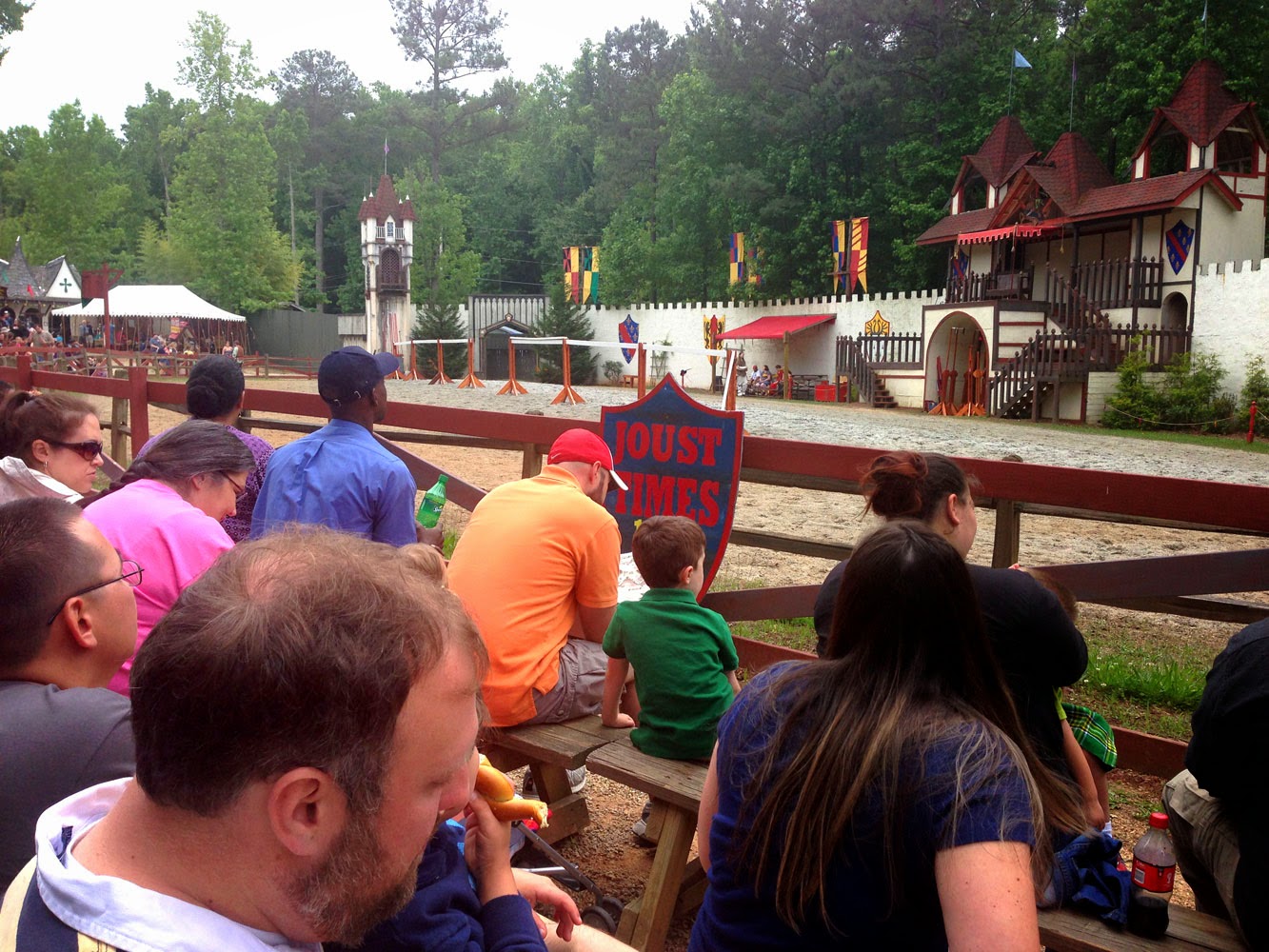 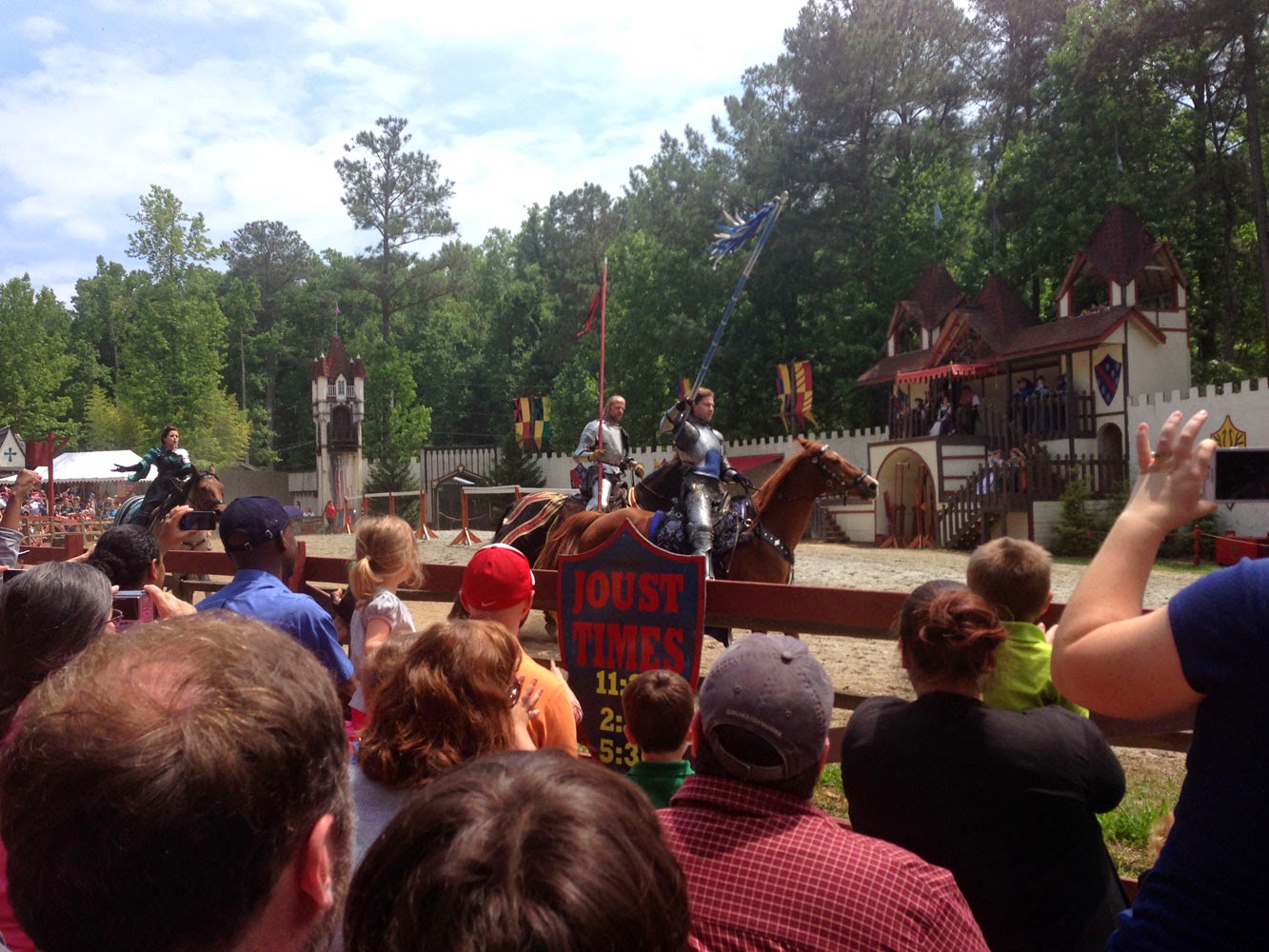 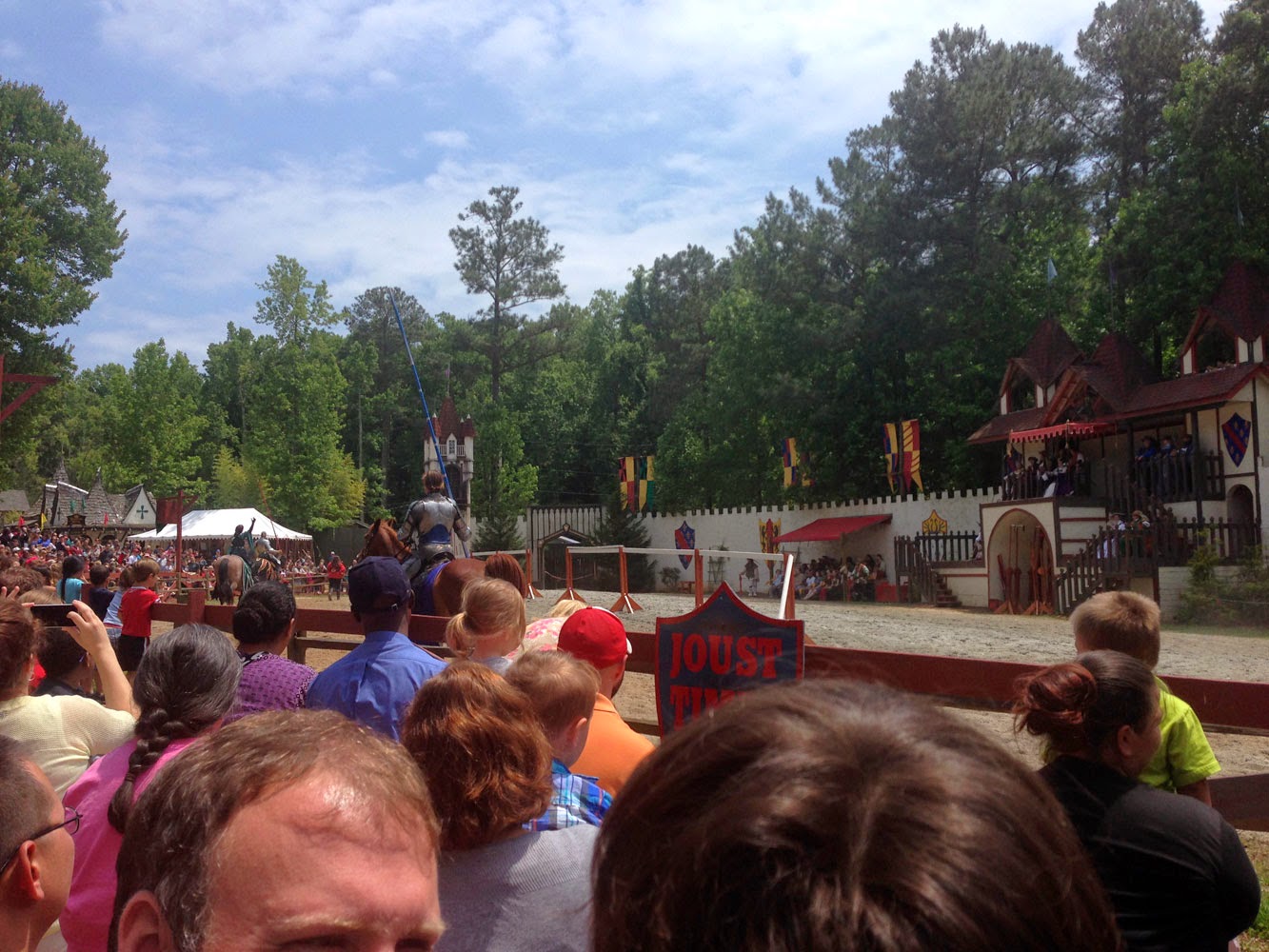 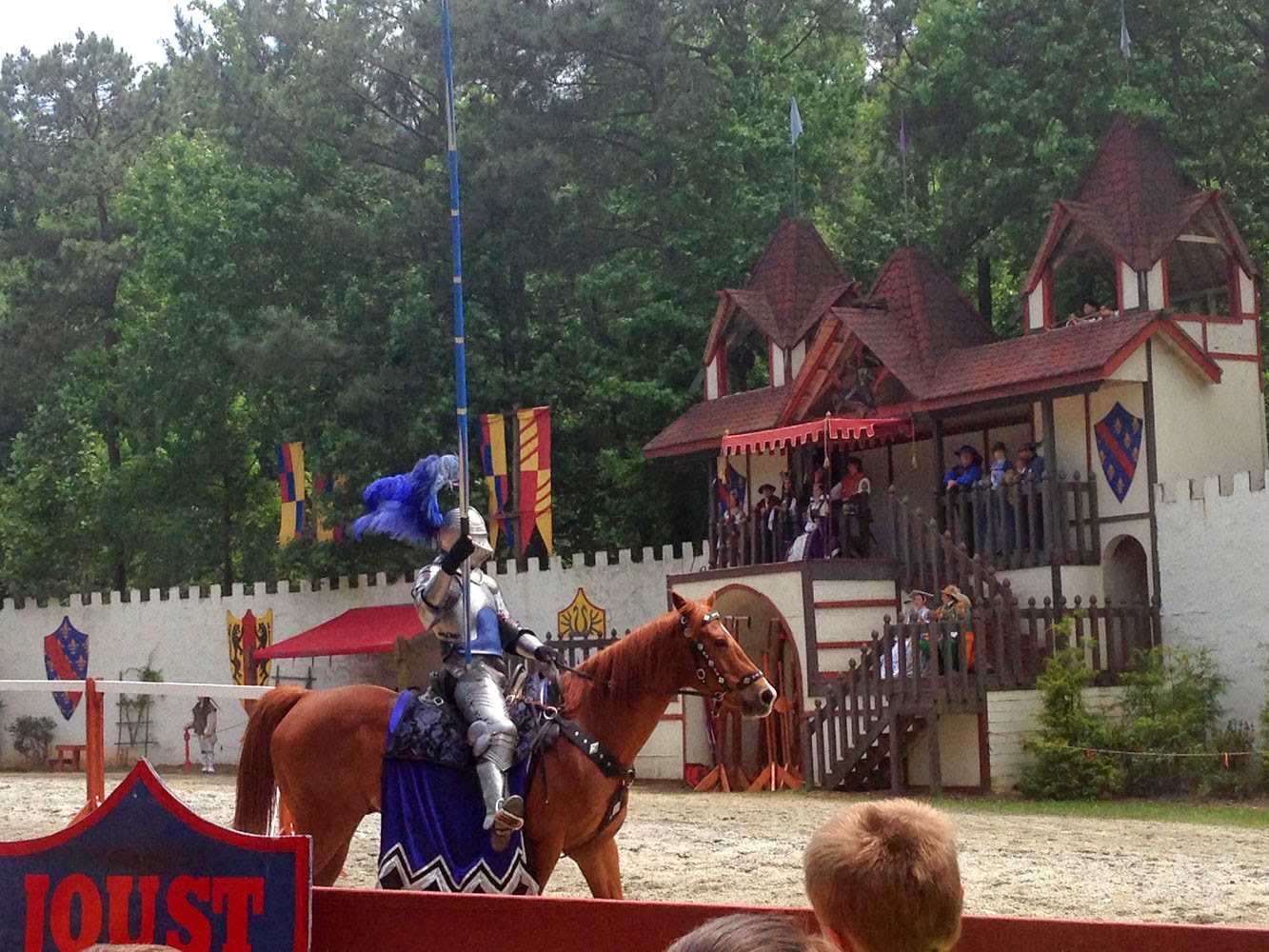 You'll also want to try-out some of the primitive rides - my favorite was the swinging barrel (that I affectionately dubbed the "vomit comet") - as the kids are howling, you will be too. 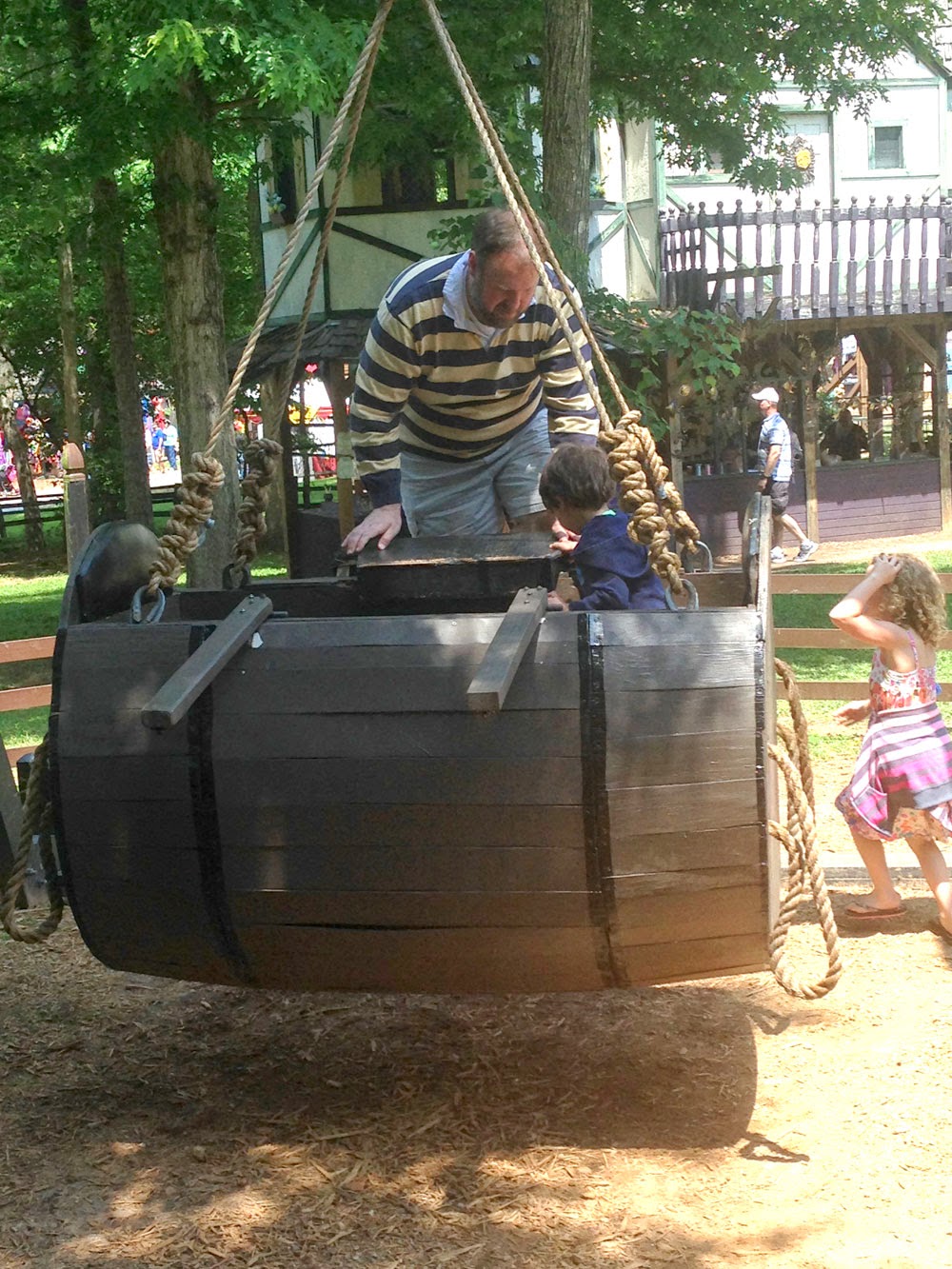 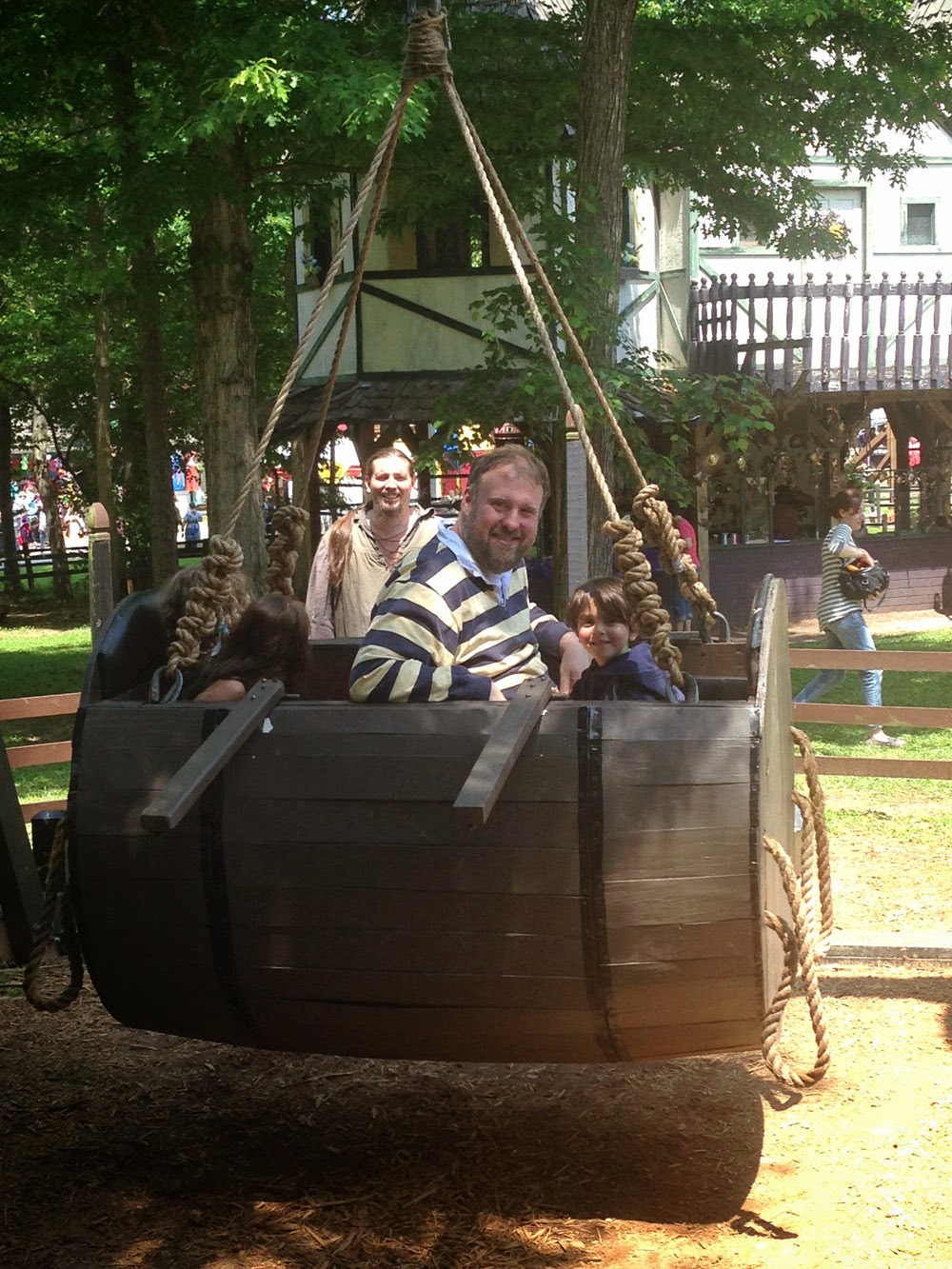 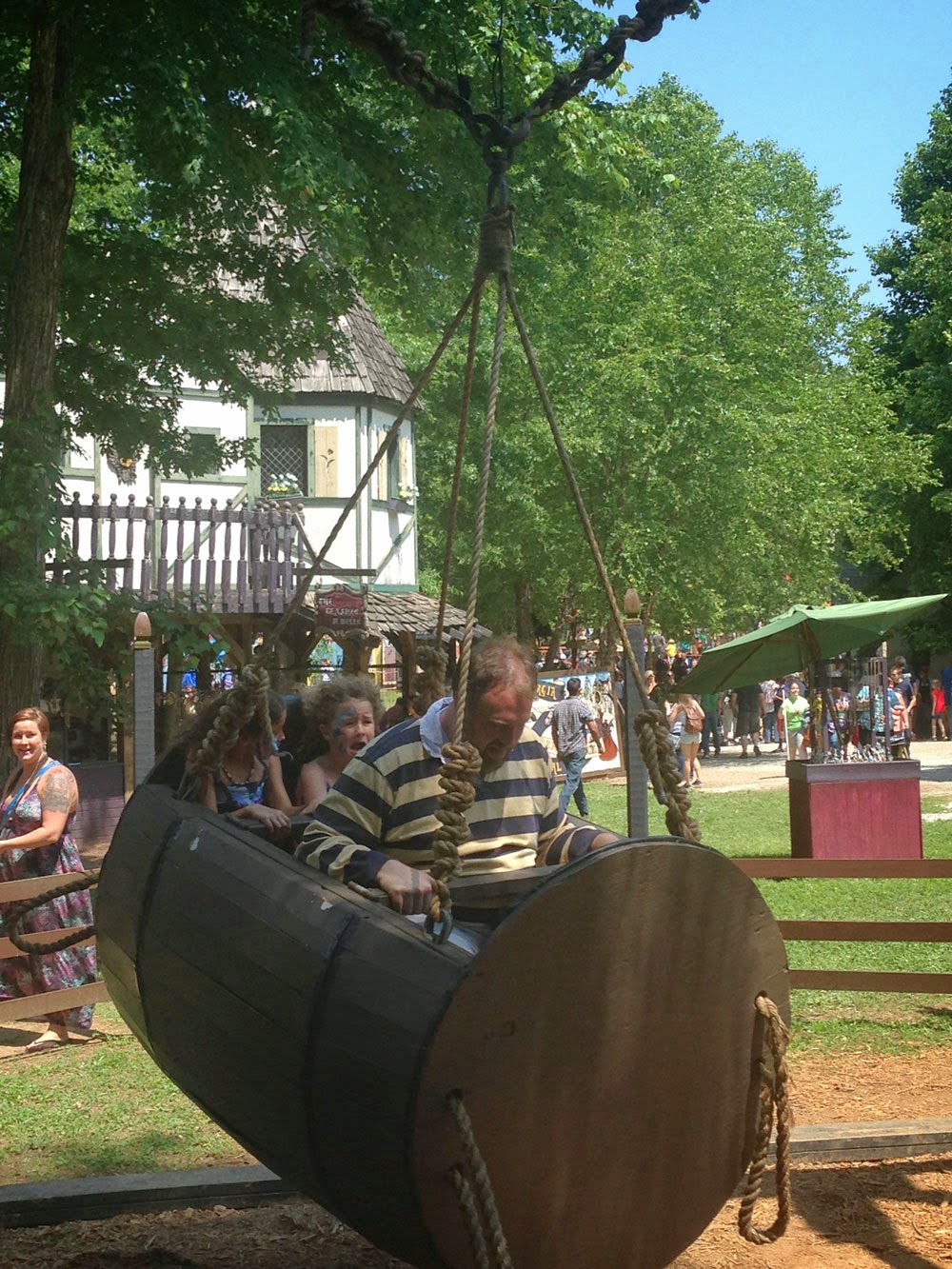 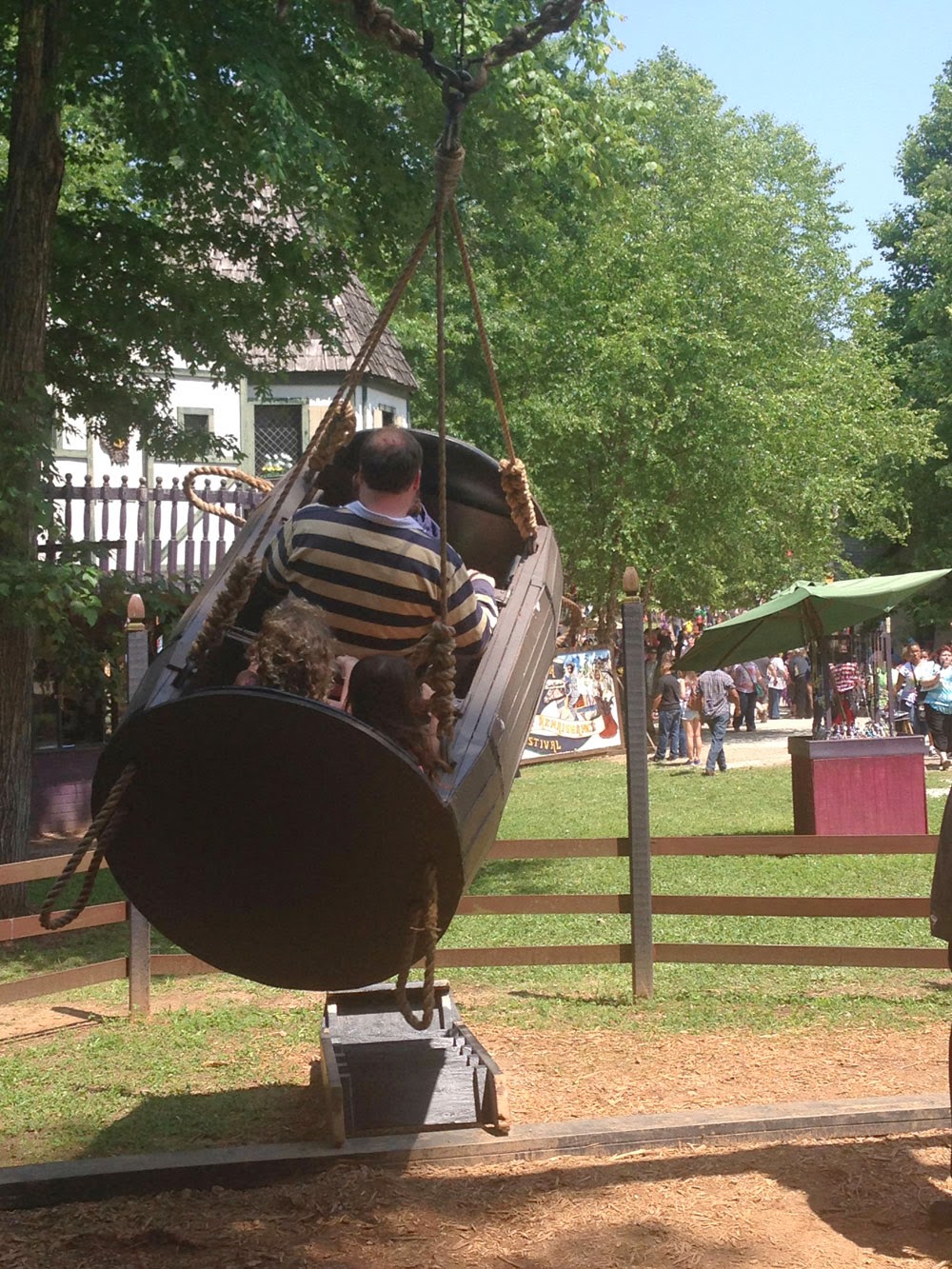 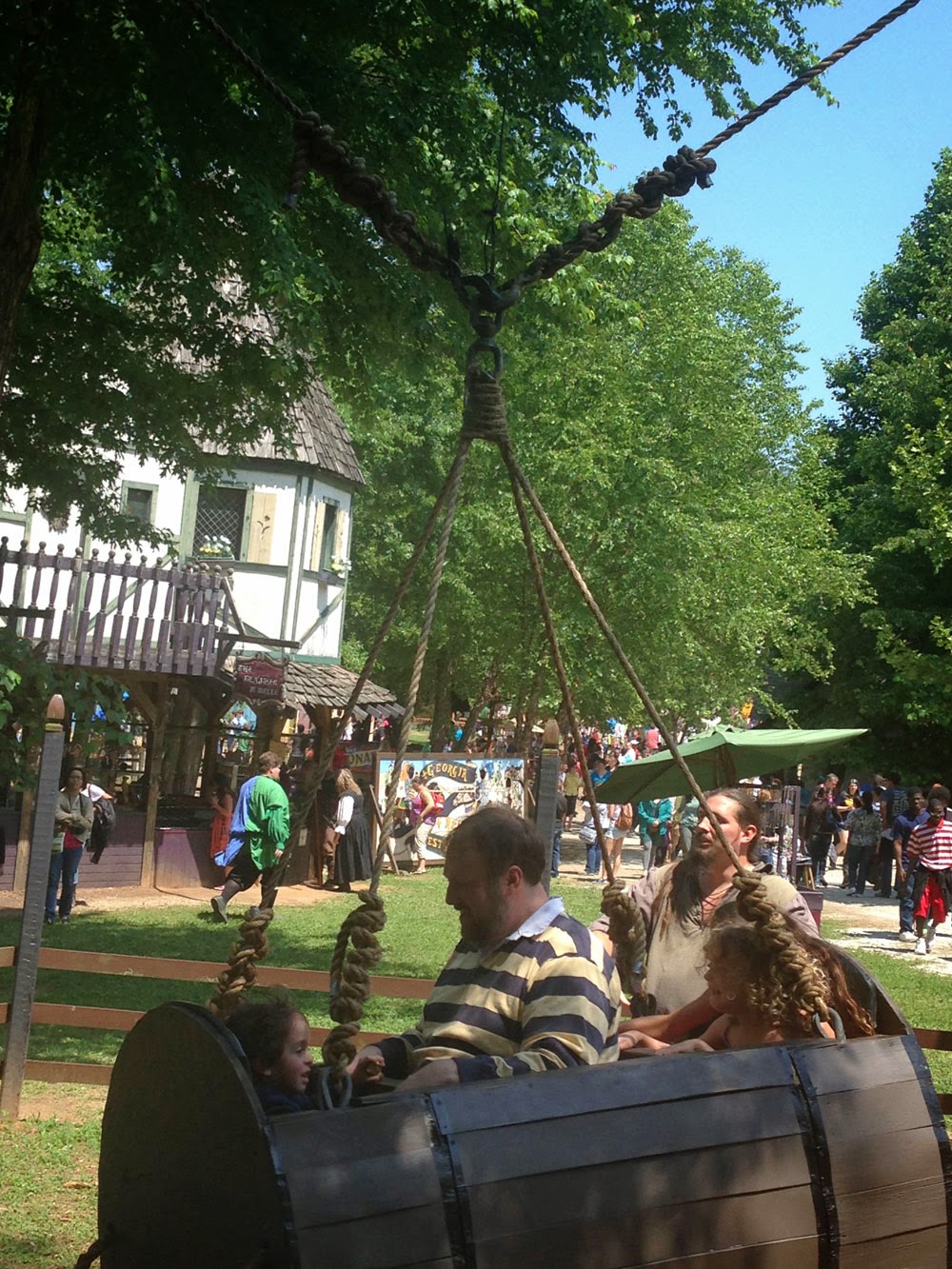 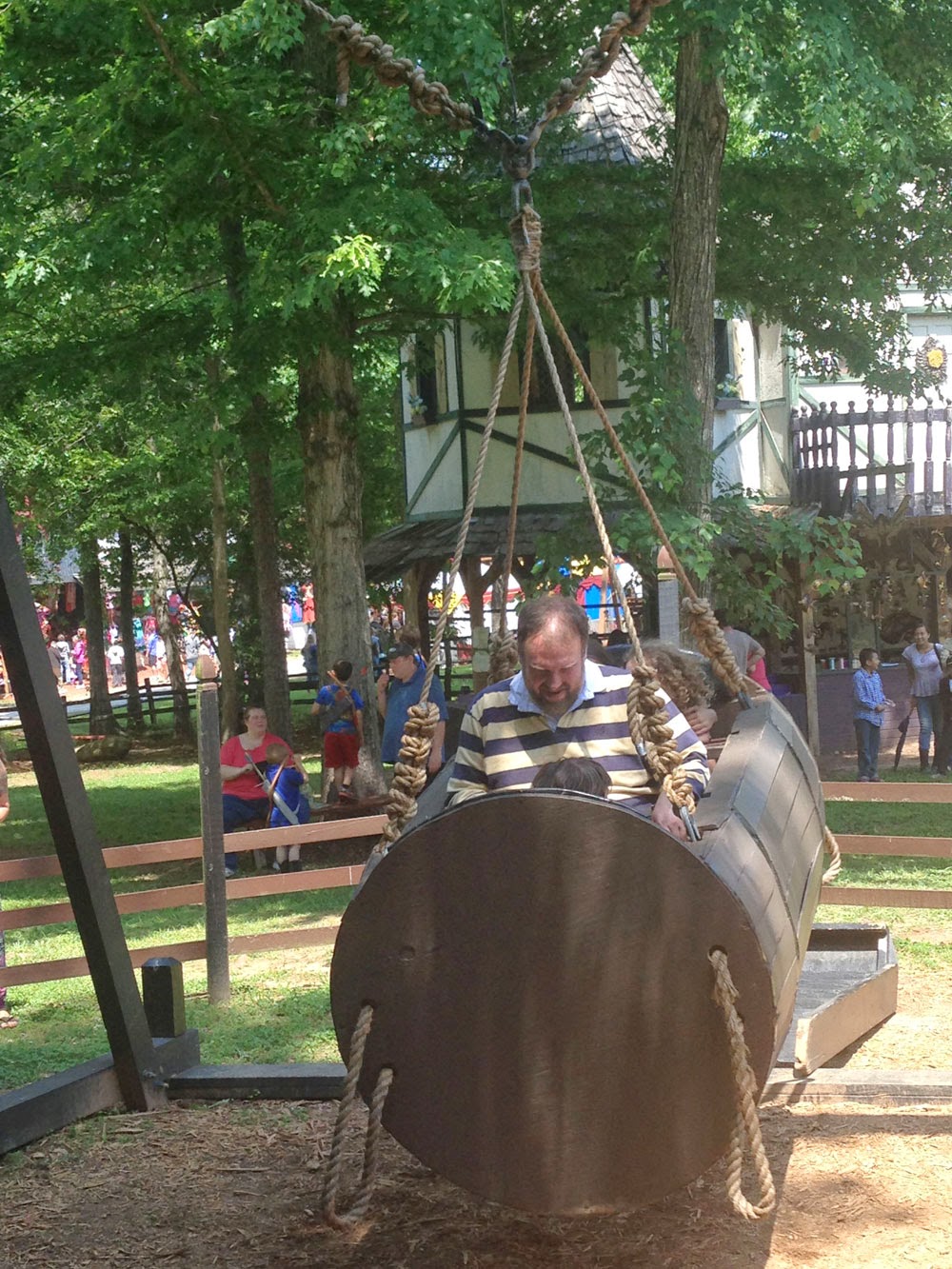 The day ended (actually it was mid-afternoon) with a lament played by Scottish bagpipers. Actually there was a whole platoon of them marching through the park earlier - quite a site to see (seems the group had a special meet at the park that day). 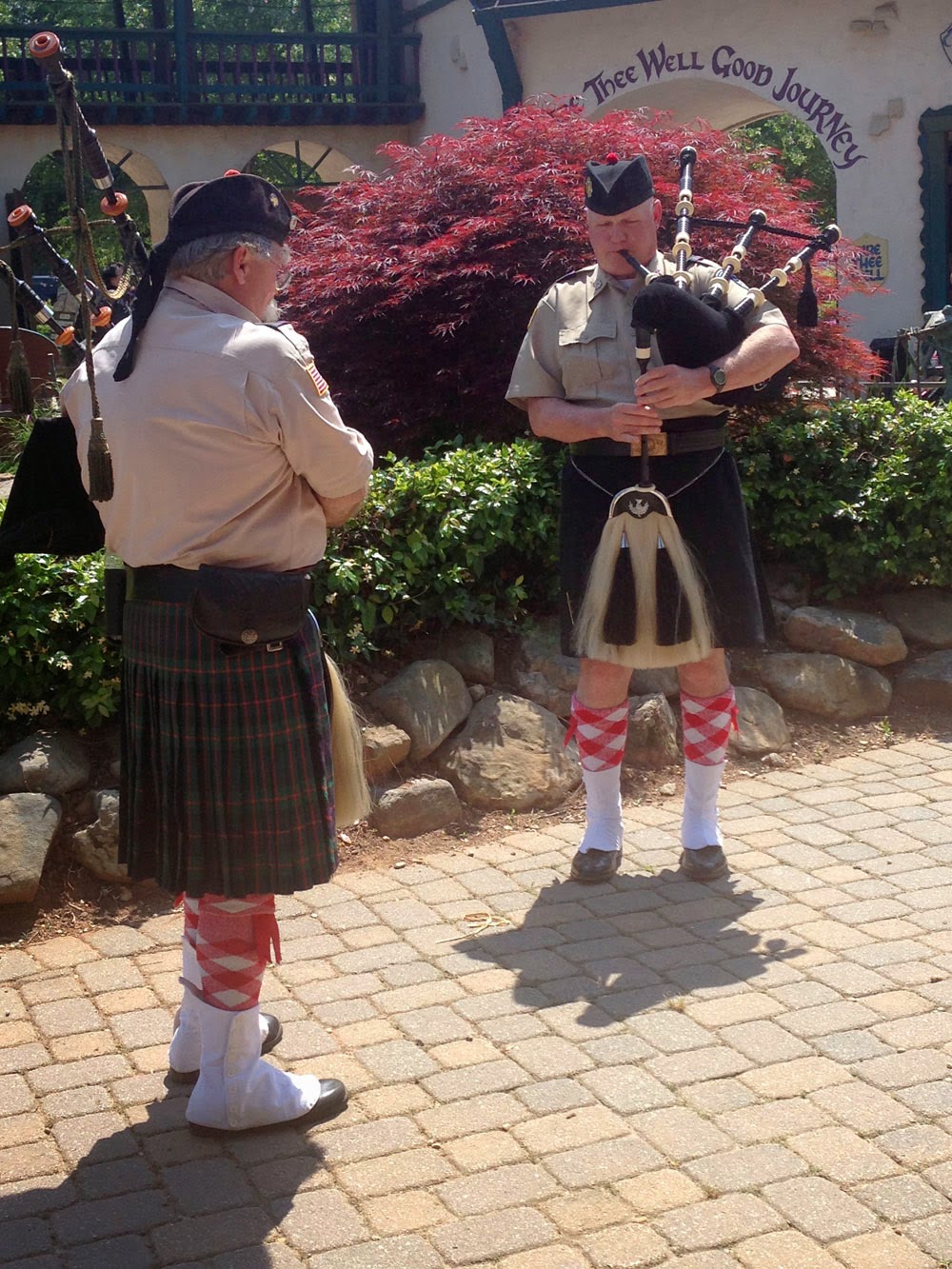